Dicespins, Spinoffs, and the Sad Tale of Susan Stafford: A ‘Wheel of Fortune’ Wormhole 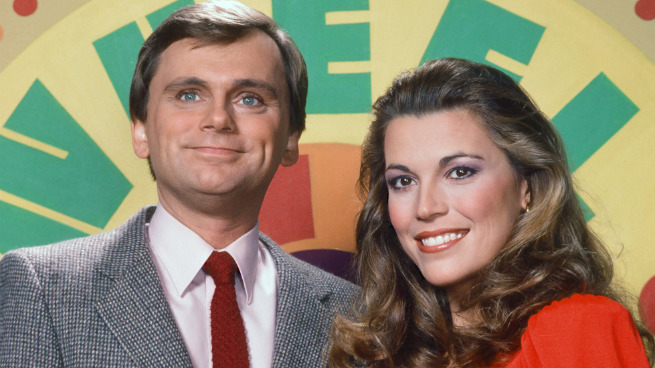 Wheel of Fortune is celebrating 6,000 episodes this week, resulting in $6,000 prizes and many articles about the show and Vanna White’s Guinness World Record for clapping (in 1992, so now she’s just running victory laps). But Wheel has also been popping up in the media letter-board lately due to some pretty silly blunders. On Monday, contestant Rachel Brill ruined her chances of winning a Caribbean cruise by trying to solve the puzzle with vodka-soda brain:

Though actually, I think we should give her a break. Her answer just proves she’s been to college and worked hard enough that she was able to enjoy her spring breaks to the max. Brill seems pretty metal to me. If you’re going to come down hard on anyone, let it be college student Julian Batts, who earlier this month mispronounced “Achilles” and trashed his chances at winning a million bucks.

Still, this is an area where I find myself too sympathetic to be critical. I even kind of like the Battsism “on-the-spot dicespin.” I’d like to be Batts’s friend, just as I would Self-Potato’s. These brain farts are honest human moments, and over the course of 6,000 episodes, we’ve seen enough examples of smart people having stupid flashes to allow for this South Park imagining a Wheel of Fortune solution gone terribly awry.

So Wheel is having a party, and there’s plenty of booze, cars, and dining room sets to keep you busy for a while. Come, crawl down the wheel of wormholes. WE ALL SPIN DOWN HERE.

Six years into her Wheel career, Vanna White played Venus in the TV movie Goddess of Love (alongside Little Richard and Philip Baker Hall), summoned from Olympus to earth to attempt to seduce David Naughton, who plays a hairdresser. Sorry that this clip looks like it’s being viewed through a cloudy glass of Orangina, but that’s kind of why I chose it.

Now flip the page, if you will, to a 1989 episode of The Pat Sajak Show featuring the Monkees and George Hamilton (on whom I once imprinted, like a duckling). The Pat Sajak Show ran for just over a year, forcing him to leave his daytime post at Wheel. (He continued to tape the syndicated evening version.) Shot in the same studio as The Late Late Show With Craig Ferguson is now, the show bombed in the ratings and is largely remembered for what happened when Rush Limbaugh guest-hosted two weeks before it went off the air. The incident involved Mr. Potato Head and abortion.

Palate-cleanser time? I think so.

Before Sajak, a former weatherman, took over the Wheel, there was Chuck Woolery, who hosted for seven years before being ousted over a salary dispute. It’s OK, he went on to have the best and breeziest hosting job ever at Love Connection, which is its own wormhole, specifically designed to make you feel 500 years old. Ah, the proud mullets and chains of yesteryear. Proceed into those tunnels at your own risk, or take the alternate route: the intro to Woolery’s 2003 reality show, Naturally Stoned.

Did that not get you stoned? Weird. Anyway, Wheel’s original letter-turner, Susan Stafford, held her post at the show from its inception through October 22, 1982. According to the Wheel of Fortune History Wiki, the former radio host grew disillusioned with her duties before departing, becoming “progressively more distracted, believing that there needed to be something more to her life than simply turning letters.” At her wedding to Dick Ebersol, guest Chevy Chase (who also appeared on The Pat Sajak Show) apparently “jokingly grabbed [her] and threw her into the ocean.” She later wrote a book called Stop the Wheel, I Want to Get Off! in which she reveals why she “walked away from a million dollar divorce settlement and a starring role in Beyond The Valley of The Dolls.” (Spoiler alert: It was the nude scene, which “would not make [her] mother and father proud when they saw it with their friends in Kansas City.”)

It’s a witchy, wacky game, and long may it run.

Here's a short film starring Daisy Ridley, the biggest unknown of the new 'Star Wars' cast. Maybe imagine her holding a lightsaber and consider it a sneak preview?

Do You Like Prince Movies? Podcast: 'Star Wars' Casting, Chick Flicks, and Future