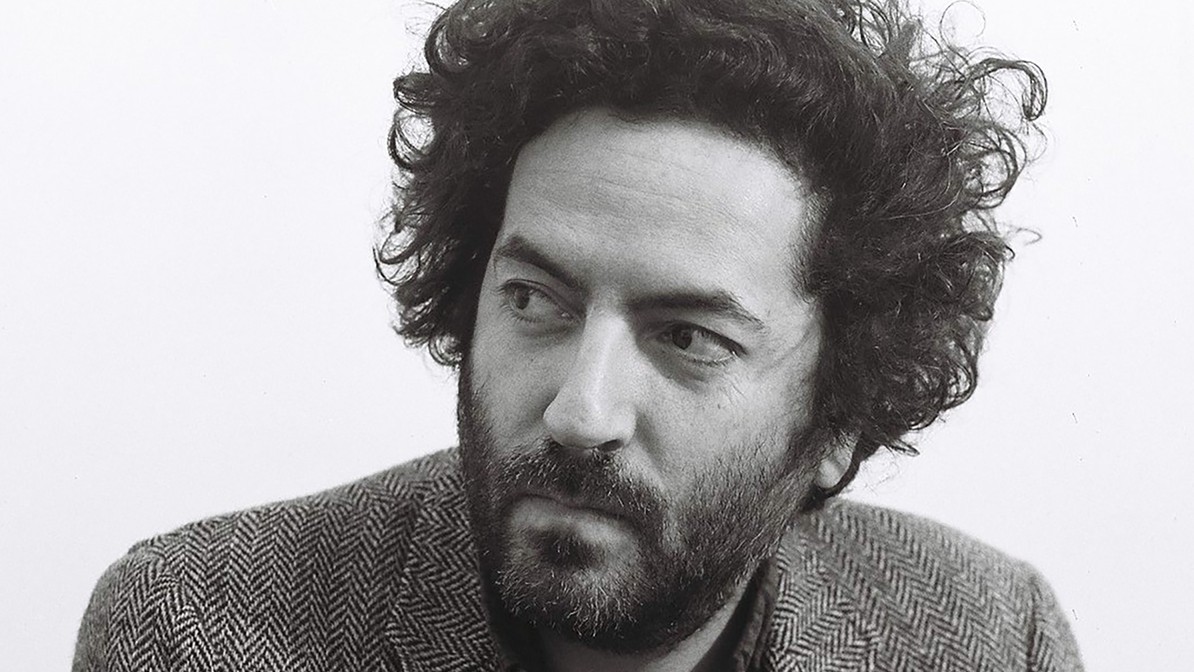 “I think what you lose contact with is sounds that seem culturally relevant, or have cultural value,” says Dan Bejar, his voice pitched slightly above a conspiratorial whisper on the other end of the phone. “You start losing your instincts for musicians and playing and the sound, and these are all a huge part of making records. It’s probably why he still insists that all of the best versions of his songs happen onstage.”

Bejar is a 42-year-old singer-songwriter from British Columbia, and I’m a 37-year-old journalist from Wisconsin, so naturally after conducting an interview for the better part of an hour we’ve drifted into a conversation about off-brand Bob Dylan records. Like Dylan, Bejar writes wordy, obtuse songs and sings them in a funny, polarizing whine. But when he talks about Dylan, Bejar also seems to be talking about himself.

As a great deal of so-called indie music in the past few years has absorbed the aesthetics of mainstream pop, Bejar remains a stubborn, obscurant outlier. Bejar’s latest album, Poison Season — the 11th LP recorded under the faux-black-metal moniker Destroyer — is a low-key collection of hushed, apocalyptic story songs set to an unlikely amalgamation of yacht rock and chamber music. For a Destroyer LP, Poison Season is relatively accessible — songs generally wrap up in less than five minutes, and Bejar affects a pleasant, easy-listening croon throughout. There are allusions to fire, “scum,” and a cataclysmic reckoning for humanity that is both personal (like the deathbed scene in “Forces From Above”) and universal (“Midnight Meet the Rain,” which nods to Dylan’s injustice anthem “Hurricane”). But there are also deeply embedded jokes that reference John Carpenter’s Escape From New York and Escape From L.A. and Billy Joel’s “We Didn’t Start the Fire.” Miserabilism tendered with playfulness — that’s Poison Season, and that’s Bejar’s other albums, too.

Bejar has made a career out of unlikely juxtapositions and unexpected left turns. As a result, the Destroyer catalogue demands attention and patience — Bejar at various points has indulged in lo-fi folk, ramshackle pub rock, theatrical synth-driven balladry, knotty psychedelic dirges, and the occasional perfectly crafted pop song. The only consistent thread has been an aversion to easy categorization. And yet, in spite of his predilection for not giving people what they want, Bejar is somehow more popular than ever.

“I have to say, 20 years in, Dan is still an enigma to me, and I will never truly understand him,” says Carl Newman, who met Bejar amid the mid-’90s Vancouver music scene and eventually recruited him to join his successful power-pop band, the New Pornographers.

“He inhabits this interesting niche where he is a respected songwriter-lyricist but also an enigmatic rock star at the same time,” Newman says. “He pushes people away and pulls them in with equal force. It’s a strange equilibrium.”

If you’re already familiar with Destroyer, you likely own at least a couple of Bejar’s records — his music mostly discourages dabbling from neophytes. The exception is 2011’s Kaputt, an homage to lushly romantic ’80s pop that accidentally coincided with what was trendy in the underground in the early ’10s. Suddenly, Bejar’s outré tastes made him seem suave, even sexy, like Bryan Ferry gone to seed. He was invited to appear on late-night TV talk shows and at Coachella. But conventional indie stardom didn’t take.

Arriving four years after Kaputt, Poison Season might seem reactionary. “I was never sure if it would make any sense as music — and I’m still not really sure it does,” Bejar told Pitchfork in May. But Bejar now insists it’s not his intention to confound the audience that embraced Kaputt, but simply to continue to do whatever he wants without concern for who’s listening. No matter his recent notoriety, Bejar would rather not engage with the pop-culture industrial complex.1

“I don’t know how this is going to come off, but I feel like I’m just too formed,” he says. “I’m going to be turning 43 pretty soon, and that’s elderly in the showbiz world. I don’t think I can really roll with the cultural punches, even if I was conscious of what they were.”

So here we are, talking about Shot of Love. Dylan was around Bejar’s age when he made his reviled “born again” albums in the late ’70s and early ’80s, an era defined by soft-focus production, awkward arrangements, and an all-consuming spiritual questing. On those first two counts, Bejar diverges from his role model — Poison Season is spare and elegant and, above all, thoughtfully constructed. The spiritual questing, however, resonates with Bejar — he also adores Van Morrison’s churchiest records and puts Joni Mitchell’s jazz-oriented work from the late ’70s ahead of touchstones like Blue.2

Under normal circumstances, this would be construed as trolling, but Bejar’s affection isn’t merely provocative. It’s the result of close study and, it appears, a certain kinship.

“There’s a lot of flaws to [Dylan’s] early songs, which are considered all the songs that are his classic songs,” Bejar says. “Like, ‘The Groom’s Still Waiting at the Altar’ on Shot of Love seems to be so much better of a song than so much of the music on Highway 61 Revisited, which is supposed to be his greatest record. I mean, Highway 61 Revisited is an amazing group of musicians and an amazing sounding record and there’s an excitement to it; it’s the sound of people creating something literally new in real time. But when you step away from that — when you listen to it a thousand times and the sonic novelty of it is dead — you’re left with his singing and the songs. There’s just no doubt in my mind that in the ’80s and ’90s and 2000s, he had a whole bunch of songs that were way better.

“Now, everything I’ve said I guess is considered absolutely, unequivocally, historically wrong,” Bejar sighs. “But I believe it in my heart.”

Tim Mosenfelder/Getty Images Bejar performs with the New Pornographers in 2010.

Bejar underlining his sincerity is important — a recurring narrative in his career is artistic perversity.3 He is perceived to be an artist who’s capable of making mass-appeal, approachable music but instead chooses to be a “fussy, opaque, perpetually dissatisfied art-rocker type.” Pretty much every great artist in the history of modern popular music has also fit the “dissatisfied art-rocker type,” but boldness has lately been defined by a willingness to go broad. The idea that pop should be shunned, or that retreating to the margins might inspire an audience to follow you there, has fallen out of fashion.

“I don’t buy into any of that, really,” Bejar says when I ask about his reputation. It’s not that he’s a purist who resists popularity, Bejar insists. To the contrary, he rejects the indie-vs.-commercial-music binary. Actually, “reject” suggests a conscious choice — Bejar claims to not even think about his relationship with pop. He believes that his temperament, and now his age, puts him in a whole different dimension — not above pop, but at a distant parallel.

“I always wanted someone to sit me down and say, ‘This is what you need to do to get a leg up and to survive and to be successful in this.’ If I’d thought that person was authoritative enough, maybe I would’ve gone for it more,” he says. “It’s like, to me, context is important. This music doesn’t make any sense in [a pop] context. I’m not going to try to shove it in there, because it’s just going to fail. And I don’t want to embarrass myself by failing — you know, you want to fail on your own terms.”

Nevertheless, Bejar acknowledges he has willingly removed himself from situations that might’ve benefited his career. The most obvious instance involves the New Pornographers, one of this century’s most beloved indie-rock groups. While Newman writes most of the songs, Bejar has acted as a crucial foil, contributing a handful of witty and acerbic gems per record, including essential tracks like “Jackie, Dressed in Cobras” and “Testament to Youth in Verse.” But as the group took off in the early ’00s, Bejar refused to tour or do any interviews to promote the band. Then he announced he was moving to Spain.

“I remember in that moment thinking, Of course Dan leaves at the moment we are actually getting somewhere. I wasn’t mad at him, more pissed off at the universe,” Newman says. “Of course, all the press loved the story that he ran away to escape the pressures of our sudden meteoric rise.”

Bejar’s comments about Poison Season to Pitchfork seemed like a preemptive strike against anyone expecting Kaputt II. But no matter his posturing, it’s never been easier to find a foothold in Bejar’s work. Poison Season is more immediate than early Destroyer, which frequently verged on complete dissonance and flat-out collapse on records like 1998’s City of Daughters and 2000’s Thief.

Back then, Bejar encouraged his band to carry on as a “fairly loose, drunken affair” onstage to offset his insecurity as “some kind of precious songwriter,” he says. But when that incarnation of Destroyer became codified, Bejar moved on to more experimental releases like 2002’s This Night and 2004’s Your Blues.

“Dan’s four-track recordings were full of crazy sounds and ideas,” recalls John Collins, a mainstay of Destroyer’s revolving lineups over the years.4 “Most every record Destroyer has made since has had some kind of format shift that leaves the previous record back in its own world and carves out a new place for the new songs, and the studio is where a good amount of those new ideas and tones are struck upon.”

For Bejar, “studio confidence is a big part of the Destroyer story” — on the last few records, he’s finally felt assured about orchestrating grander soundscapes. At the same time, Bejar has cut back on the wordiness of his songs and tightened up the music. One of the best tracks on Poison Season, a two-part character study called “Bangkok,” could’ve been on 2006’s Destroyer’s Rubies — it just would’ve been twice as long and four times noisier.

“At some point I lost interest in creating friction, I guess, in my music,” Bejar says. “[‘Bangkok’] is musically not so far off base from a Destroyer song off another record, but there is a classicist vibe that’s pretty strong on Poison Season. It’s still a strange mash-up of sounds, but they’re definitely sung and played in a very straight-faced way.”

Now, Bejar wonders whether he’s fallen into “the same traps that all fortysomething classic rockers and songwriters have fallen into in the past.” Does smoothing out the rough edges mean losing your edge? Bejar has studied the classic-rock gods long enough to know that at some point in many artists’ careers, the ability to discern what’s good and what’s not becomes impaired. So, the only way he can judge whether his own work is still vital is if it feels like a punch in the chest. And Poison Season feels like that. He writes less than he once did, but the songs “puncture” him more deeply now.

“You just have to trust your gut,” Bejar says, alluding again to Shot of Love and perhaps Poison Season, “and be like, I’m insane and I like shitty stuff — or maybe this isn’t set in stone.”

Polishing the Apple: What 'Dangerous Minds' and Other Movies Get Right and Wrong About Teachers