The Not-So-Final ‘Frontier’: Deerhunter’s Bradford Cox on His Band’s New Album and Maturing in Indie Rock 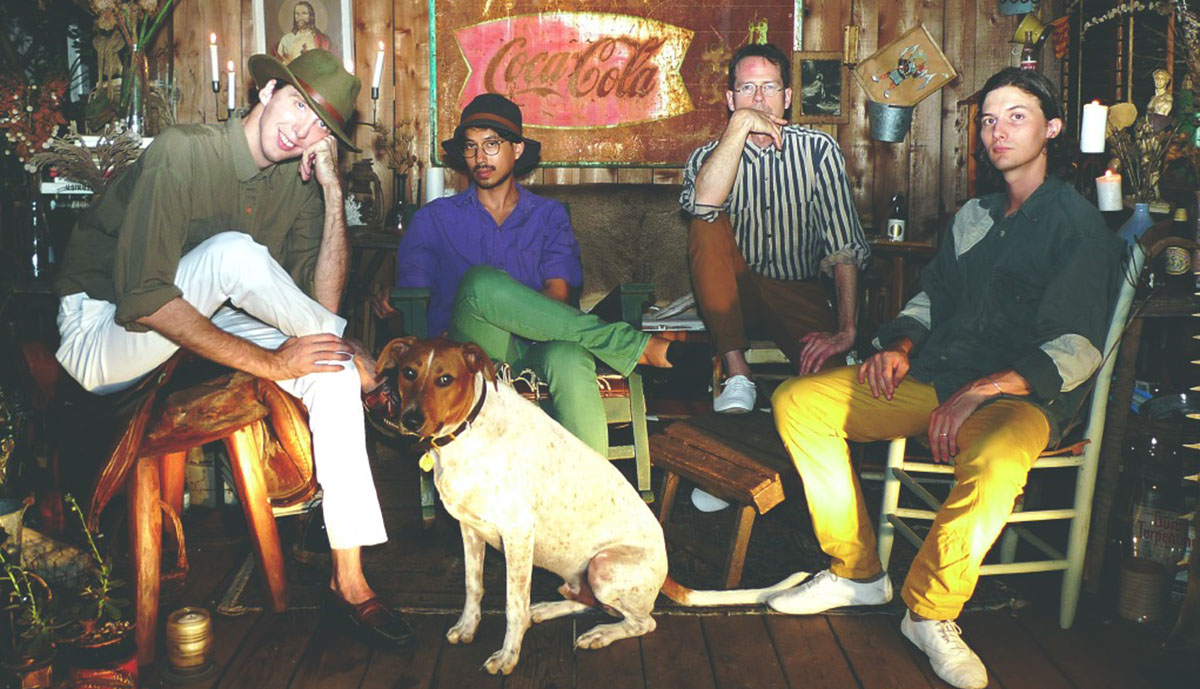 Over the course of a recent 40-minute phone conversation, there were at least a half-dozen moments in which I suspected that Bradford Cox of Atlanta-based indie band Deerhunter was actively bullshitting me. Not lying, exactly — just toying with the truth in such a way as to make me look foolish should I take it at face value.

Granted, this suspicion was partly rooted in Cox’s reputation as a cagey prankster in his interactions with the media. As frontman of one of the best American bands of the last 10 years, Cox is known for feeding journalists juicy copy of dubious veracity. Deerhunter’s elegant commingling of melody and noise is bracing in its emotional directness, but away from the band, Cox can be willfully elusive. Frankly, I didn’t care whether Cox was sincere when he declared INXS to be an influence on Deerhunter’s seventh record, Fading Frontier. Given how dull most indie-rock interviews are, Cox remains an outspoken, outrageous outlier.

The last we saw Cox, he was affecting a gritty, blues-punk pose on 2013’s embittered Monomania, a record that broke with the shimmering dream pop of Deerhunter’s previous two LPs, 2008’s Microcastle and 2010’s Halcyon Digest.1 At the time, some questioned whether Deerhunter could withstand Cox’s mental and emotional instability — a Pitchfork profile suggested that his antics were alienating the rest of the band.

Onstage, Cox is one of modern indie’s great showmen — he’s known to prowl the stage in a dress, looking vulnerable but not shying from confrontation, like when he responded to a heckler by performing a whacked-out, hour-long version of “My Sharona.” But Fading Frontier signals another shift for Deerhunter, moving on from the abrasiveness of Monomania to serene soundscapes and Cox’s newfound embrace of domesticity. It’s the closest Deerhunter has come to sounding at peace.

Before we talk about the record, I wanted to see how you were doing in the aftermath of your car accident.

I don’t have any residual pain at this point because of good therapy. I had a broken jaw [and] a lot of lacerations. I landed on my head, but I guess I’m just hardheaded. That’s actually true. My head is, like, hard, physically. I landed on the pavement on my head. I was walking and got hit from behind — went up in the air, broke all the buttons off my shirt, and sent my shoes flying. I can’t even make this stuff up. My shoes landed 20 feet away from my body.

I didn’t see it coming, so I didn’t tense up or anything. My body just sort of absorbed the impact — like, you know, rubber versus glass. But anyway, next topic.

Let’s talk about the record.

This is the seventh Deerhunter album in 10 years. That’s a long time for a band to stick together. Why do you think Deerhunter has remained intact?

Probably because we don’t do drugs. There’s no decadence, [and] there’s no jealousy or ego in play. I mean, [guitarist] Lockett [Pundt] doesn’t want to be the front person of the band — I don’t either, really. I don’t have a problem doing it, but I think I’d like it a little better if Lockett and I were more balanced. But, you know, he chooses his own capacity in the band. I don’t tell Lockett, OK, you get two songs an album. I don’t control that. If he came with eight songs, we’d probably have a half-and-half album.

Have you always felt that way about being a frontman? Or was there a time when you enjoyed being the focal point?

Oh, I like being a focal point if I have to be. I don’t shy away from it. I mean, when you go see Deerhunter, if you had a camera that was motion detected, it would only go off on my side of the stage sometimes.

When Monomania came out, you talked a lot about American music and contextualized the album in that continuum. Was there a similar guiding aesthetic, musically, for Fading Frontier?

I would say no, but then I would realize it’s totally probably not true. I don’t want this to come off as some kind of declaration of having done something new and unique and original, because I certainly don’t think anything I’ve ever done is really that original or unique.

I actually made this concept map for the record label, and I wrote down certain smells and certain types of light — certain ideas about music more than specific albums and artists. Not to sound too far out, I was kind of joking with a lot of people. I kept telling everybody we were going to make an INXS record. And I actually really like INXS. I don’t see how you can’t, honestly — if you enjoy music, it’s a pretty satisfying band. They’ve got a lot of great, great songs. And I did use them as an influence in terms of certain atmospherics and things, but obviously I don’t have enough to write an INXS song.

It’s odd that you bring this up, because for the past week I’ve had this strange craving for INXS. There must be something in the air.

Yeah, I got that urge this spring right before we made the record. I buy a lot of CDs at the thrift store, the Goodwill. That’s a lot of my music diet. I drive a Volvo that doesn’t have a — it’s like a 2005, right before they actually installed the whatever you listen to music on there, the iPods or whatever. So, basically you can only listen to the radio or CDs in my car. And my favorite time to listen to music is driving around, so I just go to Goodwill and buy a handful of CDs every week.

I think I’m going to try to find something interesting about every CD in the Goodwill. A lot of new music is totally unredeemable.

Music in general or pop music?

I mean popular music. It’s not even like I’m criticizing a person, I just think there’s nothing redeeming about … I really don’t want to be a jerk, but it’s really just un-human music.

You were talking about colors and light to describe the sound of Fading Frontier. For me, this is a really warm record. It has a homey feel. This might sound weird, but I mean it as a compliment: This has been a really good record to do the dishes to.

In “Living My Life,” there’s a line about being off the grid. I fantasize about that sometimes.

I guess it’s like a thing, a phrase, where people go off the grid without their cell phones. I didn’t realize that was such a common idea. I guess I’d heard it, but I didn’t really know what it meant. It actually still works.

Do you consider yourself to be an autobiographical songwriter, or has the personal nature of your songs been overstated?

I’ve never been autobiographical. I mean, there’s no question that aspects of my life sneak in there, but I always try to mute things through a lens.

Why do you think your songs are read as personal statements?

It’s kind of like, Why do you jack off with your right hand or your left hand? You just learn that way — it’s your instinct. What hand do you jack off with? I don’t mean to make it perverted. I’m just saying there’s certain things that are considered in general terms private. Like secret, private things, that you do alone, and that’s what songwriting is for me. It’s not unlike jacking off.

Is it awkward to explain your songs after the fact?

It’s much easier to explain which hand you jack off with.

When you step back and reflect on where the band is at and what you’ve done so far, what do you think is Deerhunter’s legacy?

I’m just along for the ride. I never expected to do any of this stuff, and it’s always exciting to see what happens next. Sometimes I think, This is the best we’ve ever done, and it falls on deaf ears, and everybody’s like, It’s not really good. I know when Halcyon Digest came out, it was popular among the alternative rock audience. But, you know, our fans that I talked to, they didn’t like it at all. They hated it. Now if you went back to those same people, they’d be like, That was the best album they made. I don’t think of it in terms of “This thing that we did is bad, and this thing we did is good.” It is what it is. We were always doing what we were capable of at the time.

You recently called Monomania a “hateful record.” What did you mean by hateful?

I was really hateful when I made that record — full of hate, angry.

Why were you so angry at that time?

It was personal. But it didn’t have anything to do with the band. It was just a personal experience.

Would it be fair to call Fading Frontier a happy record?

To me, a Sunday morning record would be like church organ music.

I mean Sunday morning at home, not at a church.

Sunday afternoon I listen to jazz — Don Cherry, Miles Davis, John Coltrane, that type of stuff. Friday nights, I enjoy Buddy Holly, Bo Diddley. Saturday night is John Lee Hooker, a lot of late ’50s R&B, soul, stuff like that. I definitely think there are certain types of music that really decorate the air, decorate the time. If this record decorates your Sunday, I would be very happy. 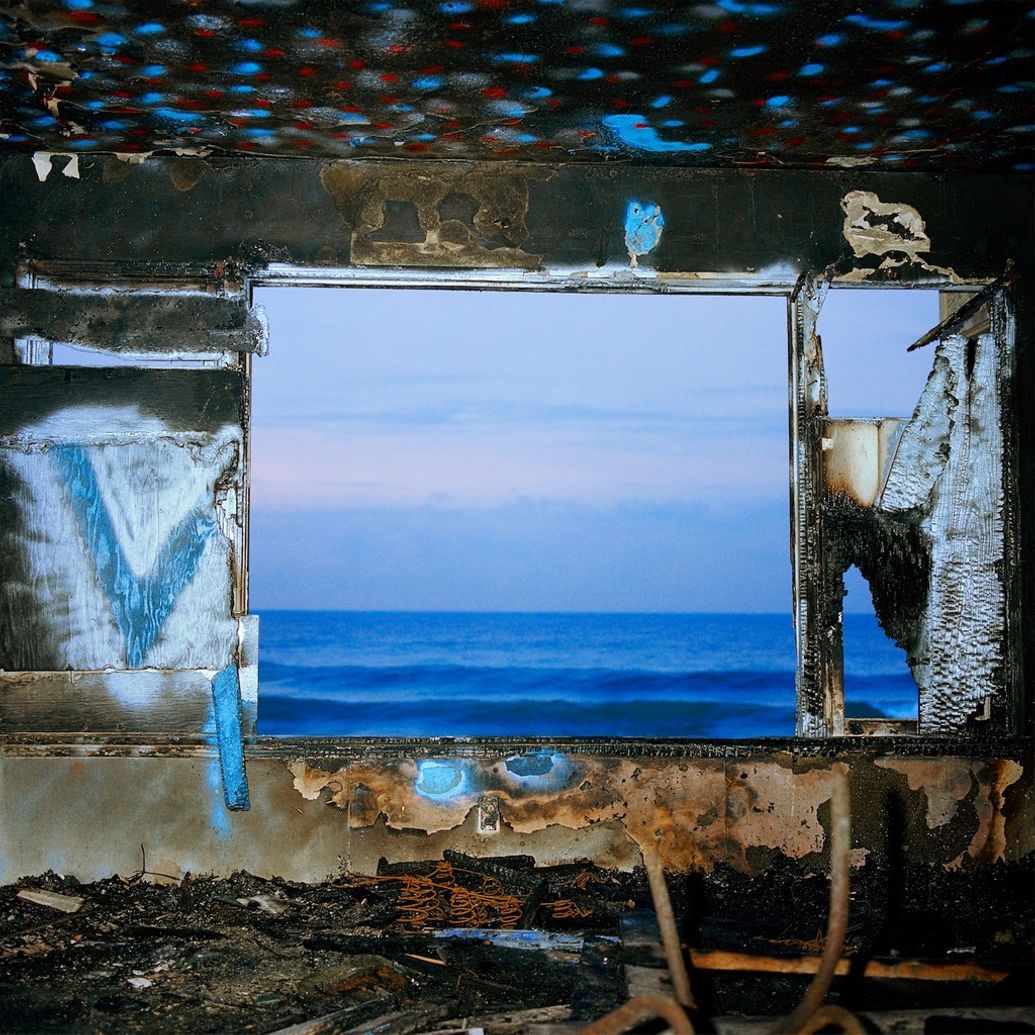 Sunday is good for introspective, spiritually questing music — that’s true of the records you mentioned, and Fading Frontier.

Absolutely! I hadn’t thought about them that way. Sometimes you’re hungry for whatever specific genre of food. Like, “Man, I could really use some catfish right now.” Or, “I want soup.” Or, “I want a bodega deli sandwich.” You get these cravings, and sometimes they coincide with certain times of day or times of the week. It doesn’t work for me to listen to, like, INXS on a Sunday afternoon as much.

Monomania was a provocative record in a lot of ways. This one seems to move away from that. Was that a conscious choice — to make a “mature” record, for lack of a better term?

I’ll say this: I really think Monomania was a successful record artistically, and I don’t think people view it that way. I think it’s viewed as an exhausted misstep. Frankly, I feel a lot stronger about Monomania. Monomania was a case where I set out to accomplish, and I was able to execute, very much what I wanted to. In that way it was a success. I don’t give a shit how many copies it sold or how it got reviewed.

I’m 33 years old. Keep in mind new bands coming around are, like, 21 — that’s when you’re vital, enviable, when you’re a kid. There’s opportunity and good hair, etcetera, etcetera. I’m just saying, at my age — it’s not an arrogant thing, but I don’t have anything to prove to anyone except myself. Fifteen years I spent proving myself. If I make a record, it’s gonna be because I’ve got songs, [and] I feel like it. I’ve got a good setup. I always saved my money, I always lived within my means. I have a house, I have a dog. The only reason for me to make a record now is to make the record.

Locked Up: The 10 Best Movie Prisoners