Death and Permafrost: The Excellent ‘Fortitude’ Takes the Crime Show to the Arctic Circle 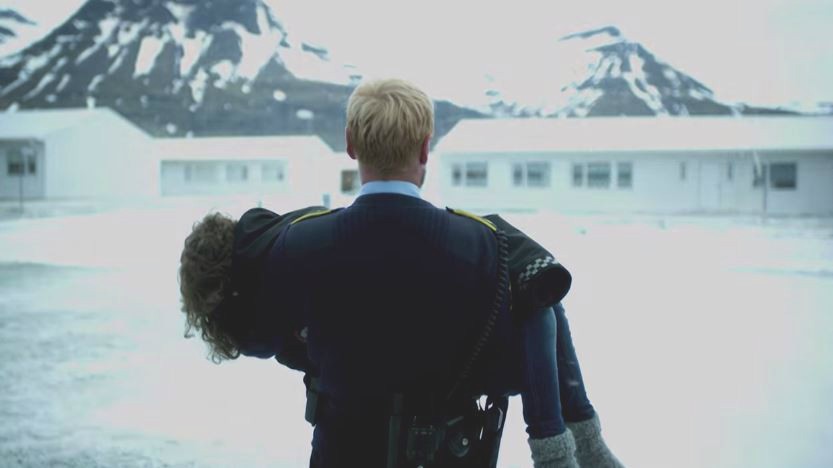 Snow was not something I was much interested in seeing more of this week. (Four days of fevered kale runs and blizzardmobiles will do that to a guy.) And, to be honest, the thought of another imported murder-mystery was equally unappealing. I’d spent all of Tuesday writing a celebration of FX’s The Americans that was also an excoriation of TV’s noisy, battering drama arms race — an ever-expanding game of brinkmanship in which more and more series are ordered into production without the necessary cast or creativity to sustain them.

None of this put me in a particularly receptive mood to screen Fortitude, an ambitious U.K. co-production about a killing on a small island in the Arctic Circle. I mean, really: death and permafrost? This couldn’t wait until summer? But I fired it up nonetheless and was dismayed and delighted to discover that it’s good. Really good. The accumulation of quality TV continues apace, with a track record that far exceeds that of meteorologists.

Fortitude premieres tonight on Pivot, a channel most people don’t know where to find and now probably ought to seek out. (It’s also the home of Please Like Me, an engaging Australian comedy that’s worth a watch.) In its own chilly way, the series tackles head-on the idea that TV has become a ravenous ouroboros of content, replaying the same few plots in pursuit of potential new insights. On the page, there’s little here that feels new. A small town rocked by crime and scandal? We have Broadchurch for that. Christopher Eccleston having a surfeit of faith and very little common sense? That fueled the best episode of The Leftovers. Deep snow and parka-core? May I remind you of Fargo? There’s even an outsider cop tasked with penetrating the insular culture that surrounds the crime scene, an old chestnut that crackles even here, at 30 below. (That said cop is played by the ever-natty Stanley Tucci helps tremendously.) 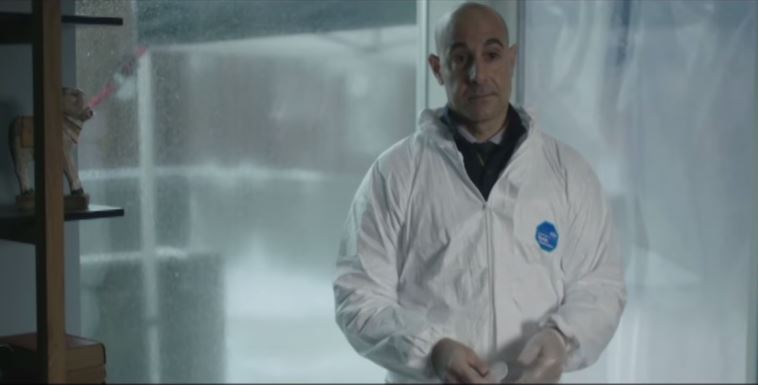 The key thing to remember about Fortitude is that it doesn’t play out on the page. It’s filmed, in glorious, disorienting detail, on location in Iceland. As such, Fortitude, the town, is an utterly alien landscape: dominated by glaciers, dark half the year, and menaced by a savage polar bear population that outnumbers the townfolk by a factor of four to one. Open-carrying a rifle isn’t a political statement here, it’s the law. To live in Fortitude, “You have to have a roof over your head and you have to provide for yourself,” Natalie Yelburton (Sienna Guillory), one of the researchers at the local science center, explains to a newcomer. “Everyone’s got a job. No one’s poor … There’s no crime. Everyone’s always happy.” These last two assertions are, of course, wildly false. Though frozen, the town is actually a pressure cooker of infidelity and desire. The governor (Sofie Gråbøl, star of the original, superior Danish version of The Killing) is desperate to push through a controversial tourism project that would see a resort built inside the massive glacier. Eccleston’s Professor Charlie Stoddart is desperate to stop it. And town sheriff Dan Anderssen (Richard Dormer, the unkillable Beric on Game of Thrones) is just plain desperate. He’s a mean-eyed drunk with a knack for being in exactly the wrong place at exactly the right time.

What makes Fortitude work, in other words, is less the story and very much its telling. Creator Simon Donald (the original, superior British version of Low Winter Sun) has given himself the sort of setting that feels like a dare and then, with great verve, injected it with writing and characters that ring emotionally true. Sick-kid story lines rip me to pieces regardless, but there was a special kind of existential horror running through tonight’s premiere (Pivot is debuting the series with two episodes back-to-back; there are 12 in total in this debut season) when Liam, the young son of recent arrivals Frank (Nicholas Pinnock) and Jules (Jessica Raine), collapses with an unnamed illness thousands of miles from a proper hospital. And Fortitude abounds with the sort of delicious specificity that is a hallmark of good mysteries and TV both. The opening hours echo with talk of polio swabs and reindeer abnormalities. There are glimpses of the woozy psychedelia of the Northern Lights and the even more disconcerting image of 74-year-old Michael Gambon — quite literally a lion in winter — pounding vodka at a crustpunk show. The entire plot balances on the point of a woolly mammoth’s tusk.

By the time Tucci’s DCI Morton arrives — he’s an American cop based in London because this is how international productions get funded, not how immigration laws actually work — there are signs of Fortitude slipping into some familiar rhythms. There’s the requisite friction between Morton and the sour Anderssen, there’s the steady, Broadchurch-ian introduction of prime suspects only to dismiss them in time for the next cliffhanger. A good chunk of the show is a spirited game of Mafia with players trapped on the same fjord instead of a twentysomething’s birthday party.

But there’s also a unique and unfamiliar darkness that lurks on the edges of the series, not unlike the one that haunts the edges of the town. “If those bears ever got organized … ” the governor jokes at one point, about the very real menace just outside her door. (Contra to a generation of Coke ads, polar bears, the series informs us, are “the largest carnivores on the surface of God’s earth.”) Of course, in Fortitude all the man-made barriers built to withstand nature’s fury prove to be useless, from scarves and guns to civil order itself. Anyone choosing to live in such an impossible place is either a blind optimist or an arrogant fool — both of which are fancy ways to call someone a liar. Fortitude is a superior crime show because it makes clear, from the start, the guilt of all involved. You can’t keep the cold out forever.