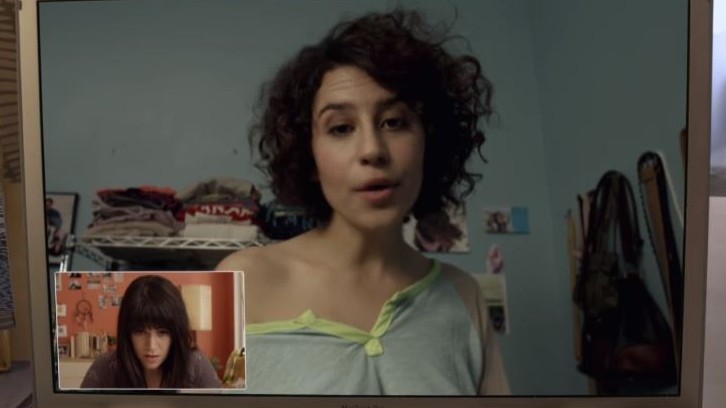 Broad City, which premieres Wednesday night on Comedy Central (though you can watch the first episode online now), is a refreshing change of pace for a network that, until recently, seemed unlikely to green-light a series that didn’t have a man’s name in the title. But Broad City is far more than the sum of its parts. It’s not a sketch series or a game show. There is no desk. There are no repurposed news and video clips to mock. Created by its stars, Abbi Jacobson and Ilana Glazer, and adapted from their YouTube series of the same name, Broad City is a tart, clever sitcom in which the situation is New York City and the comedy practically writes itself. All told, the series represents the sort of sharp sensibility and fully realized comic point of view that the network has long been chasing, albeit with decidedly mixed results.

As they did on the web series – and as they do, to a degree, in real life – Abbi and Ilana play “Abbi” and “Ilana.” The former has dreams of graphic design but spends her days emptying the trash and unclogging the toilets at a yoga-bowing, SoulCycle-like workout studio for assholes. She’s the sort of person who admits that going out sounds fun, but if she started drinking would there still be time to finish binge-watching the first season of Damages? The latter is considerably more hedonistic – the series opens with her videochatting with Abbi while riding a boyfriend (the always funny Hannibal Buress) like an Aeron chair – but no less frustrated. Her 9-to-5 involves brainstorming deals for a vapid website that specializes in providing them (a suggestion of a package built around a “DIY vajazzling” place draws murmurs of assent) but struggles when it comes to actually paying its employees. Each episode is built around a single, not-terribly ambitious goal – scrounging money for Lil’ Wayne tickets, say, or retrieving a missing package – and tracks the besties as they stumble around in pursuit of it. Like Girls, Broad City is part of a welcome new crop of comedies that treat New York – especially contemporary, moneyed, John Varvatos CBGB store New York – in decidedly un–Alicia Keys terms. It’s the concrete jungle where dreams are made up and then quickly drowned in a $14 cup of cold-pressed acai juice. It’s the accumulation of bad dates, worse days, rent checks, and trash trucks that can make a twentysomething feel ancient, even if she acts like an ornery teen.

In less assured hands, this framework could be baggy to the point of abstraction or indulgent to a fault. But years of saying yes at the Upright Citizens Brigade Theatre have taught Jacobson and Glazer exactly where to draw the lines. In the pilot, their quest for quick bucks leads them to bucket-drumming in Washington Square Park (says Burress: “Who teaches the bucket drumming? I’ve never seen a bucket drummer class listed anywhere.”), pawning office supplies that have been “repurposed” from Ilana’s office, and stripping to their underwear to clean a pervert’s apartment for an hour. (Said pervert is played, expertly, by Fred Armisen, one of many comedy stalwarts to lend their support, and their exposed midriffs, to the show.) Broad City is the best kind of funny in that it’s willing to be silly, but never overtly foolish. The stakes may be low but, as far as our Weezy-obsessed protagonists are concerned, they’re higher than Ilana’s weed-dealing roommate.

It’s a smart/screwy sensibility that Jacobson and Glazer came by honestly, but one they share with Broad City’s executive producer Amy Poehler. Long a force for all that is cheery in the world, the Parks and Recreation star (and recent surprise Golden Globe winner) is transitioning into a force, full stop. Broad City is among the first offerings from Poehler’s Paper Kite Productions, the culmination of a wonderfully maternal relationship that began indirectly (Poehler is a founder of the UCB Theatre that gave Jacobson and Glazer their start) and quickly escalated (Poehler guested on an early webisode and hosted the duo on her own “Smart Girls” interview show). And it’s only the beginning. Yesterday, while Poehler’s tongue was still wedged where the streets have no name, NBC announced it had signed its longtime employee to a three-year first-look deal, the initial offering of which would be a currently untitled sitcom starring Orange Is the New Black’s Natasha Lyonne and co-written by Poehler. Peacock president Bob Greenblatt also went “out on a limb” and confirmed a likely seventh season for the perennially wonderful, perennially endangered Parks.

Amy Poehler is deservedly celebrated for the generosity and warmth she displays as a performer, but anyone who remembers her earliest years on Saturday Night Live knows she’s far from a pushover. The hugs and smiles were mere distractions from what proved to be fearsomely sharp elbows, elbows she’s now using to prop open the door for young women interested in following in her footsteps. If the bawdy, funny Broad City is any indication, Abbi Jacobson and Ilana Glazer are worthy recepients of Poehler’s patronage. They’re more likely to take the door off its hinges than ever let it slam shut again.

'Girls': It's My Birthday, and I Wanna Sing 'Rent' Like It's the Second Time