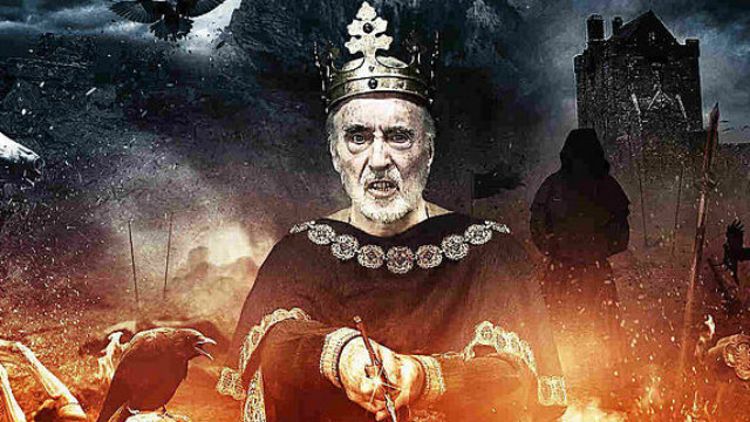 Lord of the Rings

In totally normal, everyday music news, Lord of the Rings star Christopher Lee released a heavy metal album on Monday, his 91st birthday. It’s called Charlemagne: The Omens of Death. (Brief pause to let the chilling splendor seep in.) In 2010, Lee put out his first Charlemagne record, Charlemagne: By the Sword and the Cross, which I learned after downloading it on iTunes based on the mistaken assumption that there could possibly be only one mildly terrifying Christopher Lee concept record about a legendary ninth-century Roman king. (Both albums are $10.99, by the way. Way to milk Charlemagne completists with a premium price, Apple!) In an interview last week with The Guardian, Lee explained that “the first Charlemagne album is metal, of course, but what I sang was more symphonic. Now on the second one, The Omens of Death, it is 100% heavy metal.” Finally, Christopher Lee is over his pussy false-metal period and is ready to give us the real shit. Anonymous cowards calling Christopher Lee a “poseur” on message boards: He had sensed your presence. And this album cover was dispatched to feast on your entrails: 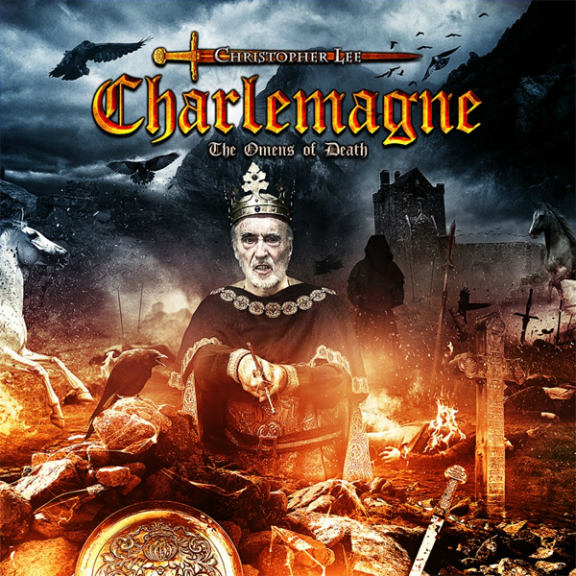 So, what does a pure-bred Christopher Lee heavy metal record sound like? If you said, “I bet it sounds like Saruman speaking in his homicidal doom voice over Judas Priest–y guitar licks,” you are a lazy reductionist. You are also absolutely correct. Lee collaborated on The Omens of Death with guitarist Richie Faulkner, who had to leave the project early to replace K.K. Downing in the current incarnation of Judas Priest. (Not only is 2013 Judas Priest without K.K. Downing, 2013 Judas Priest is apparently poaching off of Christopher Lee.) “Most of the songs were already there, but they needed riffs, drum parts and musical parts that reflected what the guys wanted — which was a metal record with an aim to be played live by a band,” Faulkner told The Guardian. I have two follow-up questions for Mr. Not K.K. Downing: (1) Subtract the riffs, drum parts, and “musical parts” from The Omens of Death and all you have is Lee reciting (admittedly awesome) lines such as, “Rivers flowing red / with the blood of 4,000 men / that I beheaded,” in a rather, shall we say, non-musical manner. You wouldn’t have any actual songs, in other words. Care to explain? (2) I’m sorry, did you just imply that Christopher Lee is going on tour? Why? How? When?

Hedras Ramos was later hired to complete The Omens of Death. Skip ahead to 1:38 to hear Lee authentically pronounce Ramos’s name in a manner that will make you pray for a quick, relatively pain-free death:

Here’s what else I know after forcing myself to listen to The Omens of Death once: It has 10 songs, six of which I was able to play all the way through. The best track is probably “Judgement Day,” because it’s mostly instrumental and also because it’s last. The best song title is “Massacre of the Saxons,” and it’s not even close. (The next best is “Let Legend Mark Me As the King,” which may or may not also be the name of a deep cut from Manowar’s 1988 album Kings of Metal.) Lee’s vocal range can be described charitably as “immobile” — he vacillates between a low, arthritic bellow and a slightly less low, quasi-Shakespearian semi-bellow. The Omens of Death at times resembles the all-time WTF classic Lulu, only with a more youthful-sounding singer and somewhat catchier riffs. In the film version, Christopher Lee should be played by King Diamond. Otherwise, this album should be cast back into Mount Doom so that it may no longer cause pain and hardship to all thee who encounter it.

Filed Under: Lord of the Rings

More Lord of the Rings

See all Lord of the Rings