Charting the Zodiac for The Sopranos, Mad Men … and South Park 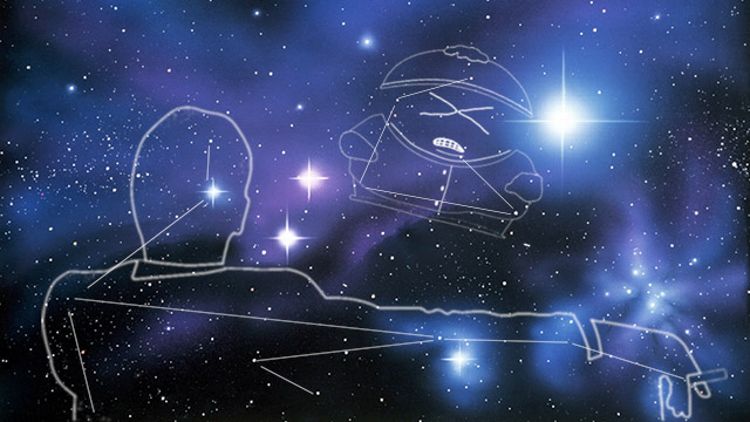 Astrology in fiction has a colorful history: Queen Elizabeth’s relationship with astronomer, occultist, and crystal-ball guy John Dee led to repeated hot debates among Shakespeare’s characters (Prospero; Romeo and Juliet; King Lear) about self-determination versus the fate dictated by natal charts; Sailor Moon hits the horoscope tip on the double, covering both Eastern and Western astrological calendars; Marvel Comics has its own Zodiac cartel; and there’s a sizable amount of bandwidth devoted to considering the sun signs of the wizards and friends of Harry Potter. Guessing character’s signs is a sort of Internet parlor game, a way of squeezing more juice out of a fake person than the author provides. When a character’s birth date is mentioned explicitly, it seems like a good opportunity to get all Room 237 on that tip and add an extra dimension of character traits to imaginary biographies. But even when birthday parties are featured on a show that appears to take place in the present, the armchair astrologists eagerly hop onto the topic to riddle out the Virgos from the Scorpios (though South Park’s Eric Cartman is believed, for some reason, to have been born on July 1, his birthday episode aired on February 4 but took place on a Saturday, which would have been February 7).

As with most mystical things, you can take a broad approach. You could, say, tag each character from Lost with a sun sign and make the argument that Jack, a hypothetical goal-oriented Capricorn, has been marked by his sour relationship with his father (Capricorn is ruled by patriarchal Saturn), whereas Locke’s Aquarius is happily drawn into the whole surrounded-by-water conundrum and its inherent mysterious allure. Or you could go deeper: Someone went to the trouble of charting the initial U.S. air date for The Sopranos and found a planetary world in which the narrative arc consists of a solar system orbiting around Tony Soprano, “the synchronistic revelation that is astrology.” Tony Soprano was born on August 22, 1959, making him a Leo (like Dorothy Zbornak). Assuming he was born where he grew up, in Newark, you can find out his rising and moon signs — Scorpio and Aries, respectively — and, in true horoscope fan fashion, toss out the inconsistent (Leo’s penchant for selfless service) to focus on the more accurate (sarcastic, theatrical, fascinated by human psychology, maintaining a dislike for abstractions). A.J. Soprano, by contrast, is a sensitive Cancer, given to overindulgence and a preoccupation with his (lousy) childhood. Meadow, a Virgo born on September 13, typifies the hyper goal-orientation and opposition to “the attitudes [she] grew up with” for which her sign is known.

For the Mad Men obsessives, AstrologyZone’s Susan Miller recently made natal charts for Don Draper, Peggy Olson, and Joan Holloway Harris, but Draper’s murky birthday reinforces Harry’s claim that he’s got to be Batman. Don celebrates on June 1, but in Season 5 he acknowledges that he was born six months prior to that date, making him a Sagittarius (like Vito Corleone). He finally signs his contract with SCDP during a solar eclipse, a celestial marker for new beginnings. Draper isn’t only an assumed identity for the former Dick Whitman, it’s an assumed fate: Draper’s chart is, Miller says, favorable to Whitman’s (despite the fact that June 1 is also Marilyn Monroe’s birthday, and look how great things turned out for her). Peggy’s chart, meanwhile, offers a fantasy future-plot that could extend beyond the show — writing a “blockbuster book” or becoming a lucrative self-employed consultant. It’s the sort of biological trivia that links fan fiction with authorial intent, an invitation to project more life onto the screen using flimsy, flexible metrics to reinforce the conclusions you’ve imagined for any given protagonist.

South Park’s Stan Marsh shares a birthday with Trey Parker (October 19 — Libra), as Kyle Broflovski does with Matt Stone (May 26 — Gemini). Stan’s idealism (his involvement with PETA, for instance) and professionally diagnosed cynicism clash as he tries to right the wrongs of the world while also seeing it as grotesque feces theater; it’s a totally Libran conundrum — juggling the scales, weighing the good against the bad. Kyle’s Gemini stoicism probably plays into his loneliness at being left out of Christmas and how much he was affected by the story of Job, plus without his hat he has the same hair as fellow Gemini Gene Wilder. (Our signs, of course, dictate our physical traits as well — thought you knew!) Cartoon birthdays can be tough to decipher because of the illustrated world’s lack of seasons and chronological wonkiness (Simpsons fans have been trying to sleuth out Bart’s birthday by nailing down his conception date and inspecting zoomed shots of his fake ID), so when astrology occupies the foreground, as it does with Sailor Moon, it’s hard not to catch that bug and start guessing at Homer Simpson’s star-dictated personality profile, wondering if Marge spends every morning poring over her horoscope in the back page of the Springfield Shopper, checking her lucky numbers when she’s relapsing into her gambling addiction.

Like reading Nabokov while hunting for anagrams and references to Edgar Allan Poe, it’s tough to jump off the astral plane once you’ve started riding its wavy gravy analytical skateboard. Even the Dawson’s Creek finale was already spelled out in the stars: Dawson’s Pisces and Joey’s Taurus were always destined to form a constellation in the friend zone, twinkly brightly and platonically for six seasons before meteorite Pacey shot through the cosmos, or however things work when love triangles explode in space. The exact machinations are a mystery, but once you start staring at it, you just can’t take your eye off the bad moon.

Filed Under: Mad Men, The Simpsons, The Sopranos