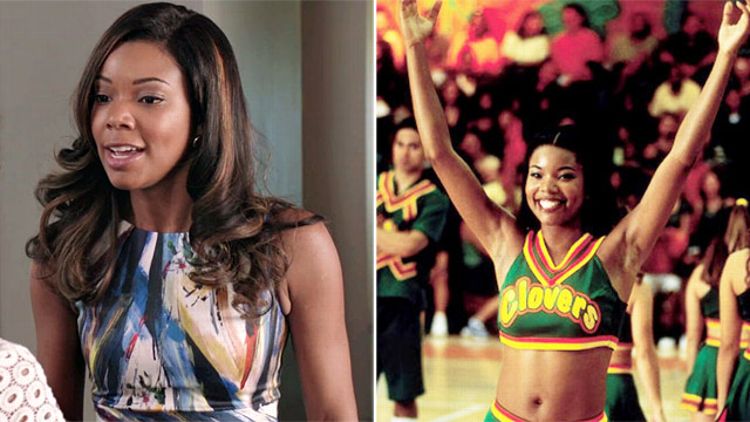 Let’s look back at Busta Rhymes’s video for 2006’s “I Love My Chick.” This is when it becomes clear that actor Gabrielle Union’s career is ripe for a thorough investigation.

The music video is inspired by 2005’s Mr. & Mrs. Smith, with Rhymes and Union playing a married couple trying to kill one another. It’s an ingenious mini-plot for a big-budget music video, one that gives Rhymes the chance to act like a movie star.

But then there’s Union. Her inclusion is noticeably odd. She’s an actual actor, but for more than five minutes she is aping Angelina Jolie in a summer blockbuster, a feat she herself had achieved just two years earlier in 2003’s Bad Boys II. So while enjoyable, watching Union in this video makes it seem like she’s doing the next best thing to being a big-time actor: pretending to be one.

It looks slightly embarrassing on paper, as does much of her career. But in reality, very little of it is. Because 18 years in, Gabrielle Union is still here. And tonight, she has yet another opportunity to finally be a star, with the premiere of BET’s Being Mary Jane.

It’s shocking to learn that Union is 41 years old. She certainly doesn’t look it. And then there’s most of the world’s introduction to her just 13 years ago, as Kirsten Dunst’s rival cheerleader in 2000’s Bring It On. But while her true breakthrough — and still her biggest cultural imprint — might have been Isis, leader of the Compton Clovers, she had an entire career before that role. An entire career playing a black girl in high school.

She was Moesha’s cheer captain, four years before Bring It On. She had a crush on Yvette’s dad on Smart Guy. She was Jamal’s older sister and a crush of Chris on City Guys. And she shoplifted for Tamera in Sister, Sister. And then, on a different episode of Sister, Sister, she played an entirely different character. This would happen twice more, playing two different characters at different times of the series on Saved By the Bell: New Class and Clueless.

Regardless of the character or the show, Union seemed to fit a perfect archetype: black and female, young but mature. Her characters were never naive or ditsy; they were typically proper, edging on bourgeois with a rebellious, adventurous edge. And it made sense: The real-life Gabrielle Union was in her mid-twenties, but with the right hair flip and unflattering blouse or vest, she fit right into the hallways of any high school.

So Union became a space-filler. Television’s Perfect Young Black Girl, should one present herself in your script for an episode or two. This was true on her five-episode stint (stretched over three seasons) on 7th Heaven and roles on short-lived shows like Aaron Spelling’s Malibu Shores and the Andrew Dice Clay–starring Hitz. She even showed up as black lady Klingon “N’Garen” (daughter of “Tse’Dek”) on Star Trek: Deep Space Nine. 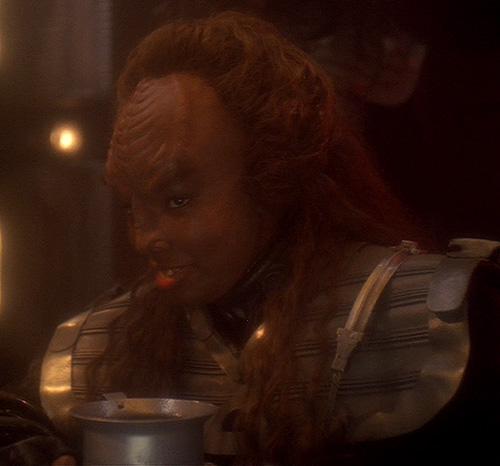 And then in 1999 — still a year away from Bring It On — Union found herself on the mountaintop as the teenage black girl when she appeared in two-thirds of the late-’90s holy trinity of adolescent romantic comedies: She’s All That and 10 Things I Hate About You (the third being Can’t Hardly Wait). And then, after all of that, there was Bring It On. And with that timeless role came the official end of Union’s first act. Because, while youthfully but rapidly approaching 30, not even she could continue to play a high schooler.

The second act of Gabrielle Union, like the first, was defined by keeping busy. Union worked and worked and worked, but finally started acting her age. And in that transition she became an object of adult, male, and oft-black affection. On TV, she briefly dated The West Wing’s Charlie Young (played by Dule Hill — her token black male foil in She’s All That), was fought over by Ross and Joey on an episode of Friends, and even played an old flame of Jaleel White’s character in the short-lived UPN sitcom Grown Ups. But again, these were here-today, gone-tomorrow roles.

Her film roles in this period are where a new reality of Union’s career became clear: It’s never really been her turn to shine. She was in Love & Basketball, but in a secondary role to a star-making performance by Sanaa Lathan. Two Can Play That Game is Vivica A. Fox’s film; Union is the woman standing between her and Morris Chestnut. And then when Union finally got her starring role, it was 2003’s Deliver Us From Eva, a movie (and a role) that doesn’t stand up to her former costars’ projects.

The same can be said for 2003’s Cradle 2 the Grave, which forces you to think about 2000’s Romeo Must Die because of the reunion of Jet Li and DMX and a comparison to Aaliyah, which inevitably ends with Cradle 2 The Grave and Union quickly losing out.

But then she got her second role of a lifetime, with 2003’s Bad Boys II. And after that, her highest moment of visibility, she starred in an HBO television film about black surgical technician Vivien Thomas, 2004’s Something the Lord Made, opposite Mos Def. The film was nominated for nine Emmys, winning three. The following year, she starred in an independent film, Neo Ned, opposite Jeremy Renner, in which they were brought together by the walls of a mental institution, the Aryan Brotherhood, and Hitler.

And, somehow, the film was quite good. And was again met with praise.

This hot streak, a strange mix of blockbuster and critical acclaim, seemed to suggest her profile would only increase. But then she fell in love with Morris Chestnut for a third time (previous: 2001’s The Brothers and Two Can Play That Game) in 2004’s Breakin’ All the Rules and then showed up as the new Alice Kramden opposite Cedric the Entertainer’s Ralph in 2005’s The Honeymooners. She also appeared as Idris Elba’s love interest in Tyler Perry’s lowest-grossing film, 2007’s Daddy’s Little Girls (she also starred in Perry’s second-lowest grossing film, 2012’s Good Deeds), and then again as Eddie Murphy’s love interest in 2008’s horrible Meet Dave. And, if that weren’t enough, to bring Union fully back to a space she once inhabited, 2008’s Cadillac Records again saw her in a supporting female role, this time to Carmen: A Hip Hopera’s Beyoncé Knowles.

Even as the roles continued to come her way, Union’s time as a true leading lady was fleeting. When steady series work came around, it didn’t last long. CBS’s City of Angels, the first network medical drama with a predominantly black cast, introduced Union in the second season, and then was swiftly cancelled. ABC’s Night Stalker also positioned Union as a primary character in 2005. It lasted six weeks. A pilot for a 2007 show, Football Wives, starring Union and Lucy Lawless never aired. ABC’s 2009 drama FlashForward, in which Union was a supporting character, also never made it past a first season. To top it all off — “it” being every single maddening aspect of her up-and-down career — she auditioned for a character called “Olivia Pope” on this little show called Scandal. And then the role ultimately went to the once-thought-to-be Gabrielle Union 2.0, Save the Last Dance’s Kerry Washington. And now the show and the actor are cultural phenomena.

With Union’s track record, you’d think her best ego-salvaging bet would be to quietly fade away. But somehow she has decided to do the exact opposite, as best articulated in her recent quote to Entertainment Weekly, “I’ve shot a lot of stinkers, and you’re just like, ‘Eh'”

That ability to “eh” is what might finally make her a star.

And now we’re in the third — and likely not final — act of Gabrielle Union. She didn’t get Scandal, but she did get something. That would be Being Mary Jane. Union isn’t a supporting character this time, nor is she the girlfriend of some famous black man, nor can she blend in with a talented cast like 2012’s Think Like a Man. She is Mary Jane. And while history would advise you to bet against a Gabrielle Union–fronted project, this might very well be her moment. The expanded pilot episode, which aired last July, brought in 4.01 million viewers. And, if you look back on her career, it’s seemingly the role she’s been carving out for herself for the past 18 years.

The role calls for a black woman, something she has a great deal of experience portraying. But it also calls for a star, someone who can carry an entire show. It’s a skill she’s been honing for more than a decade. And finally, the character she’s portraying is someone who’s missing something in her life. Here’s the first line of the show’s description : “Mary Jane Paul has it all.” But that’s just the surface. The same could be said for Union, the famous actor and one half of an occasionally tumultuous power couple with Dwyane Wade. And like her Mary Jane character, Union doesn’t have it all. But depending on how Union tackles a role not too foreign from her own life, and how Being Mary Jane takes off, she could finally inch closer to that goal.

Or not. Union is certainly due for her moment, and who knows if this is it. Or if it will ever be. She could put herself out there, and again the result could be a stinker. The only thing that’s certain is that she’ll keep going.