Cam’ron Made an Anti-Ebola Mask. Here Are Some More From Your Other Favorite Rappers 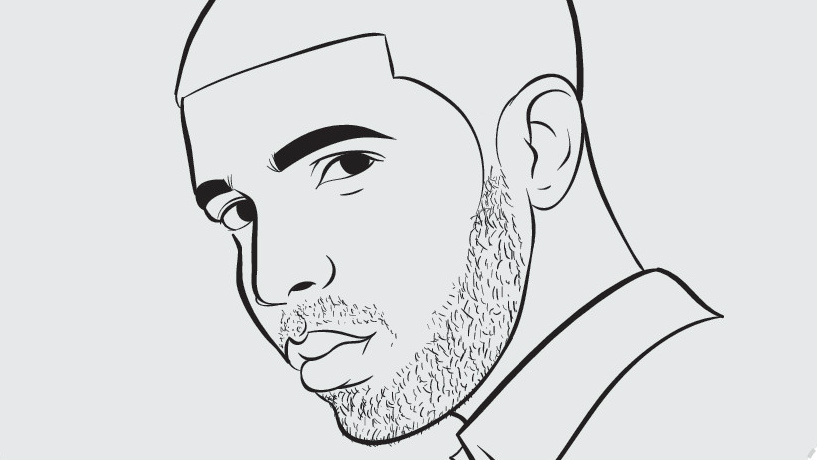 Cam’ron made anti-Ebola masks. That’s dumb because Ebola, so much as we know, is not transmitted through the air, so wearing a mask to prevent it is like wearing a cape to prevent getting hungry. But it’s also cool because it’s Cam’ron and whatever, this is America on the Internet, so “poor taste” and “funny” are kind of the same thing a lot of the time.

Originally, I’d thought that Cam was only goofing with this. But no, ma’am. The anti-Ebola Cam’ron mask is a for-real thing that is for-real for sale on Dipset’s for-real website. It costs $19.99 and will ship out on November 7, is what it said when I preordered mine. Alas, that is too many days to not be fake protected from the disease, and also that’s just too many days to wait to make a joke by wearing it. So here are some other anti-Ebola masks you can have in the meantime.

Print them out, cut them out, color them, punch holes in the hole-punch corners, then tie them to your face with some yarn. Make sure that before you do this you clear out some space in your phone, because you’re going to need the extra room for all the phone numbers and nude pics you’ll be sent for being so with it and clever. 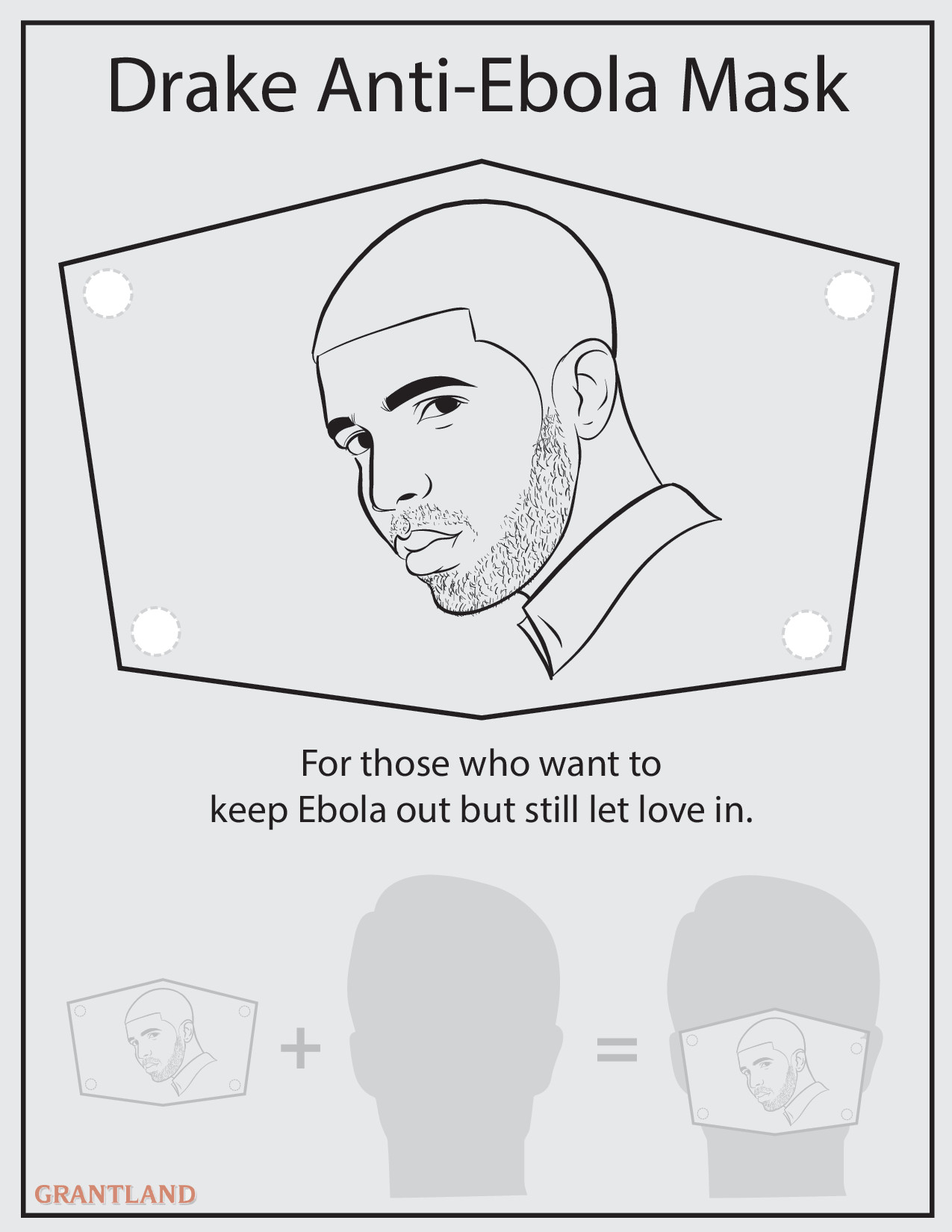 The new Drake song is wonderful; it’s fat with woefully vindictive charm and scorn. And I’m 100 percent certain the ex-girlfriend talking on the beginning of the song is Mexican, which is our biggest come-up of the year. But then Drake tells her, “You ain’t really fuck with me way back then, girl. How ’bout now? ’Cause I’m up right now, and you suck right now,” and that’s our biggest comedown of the year. :( 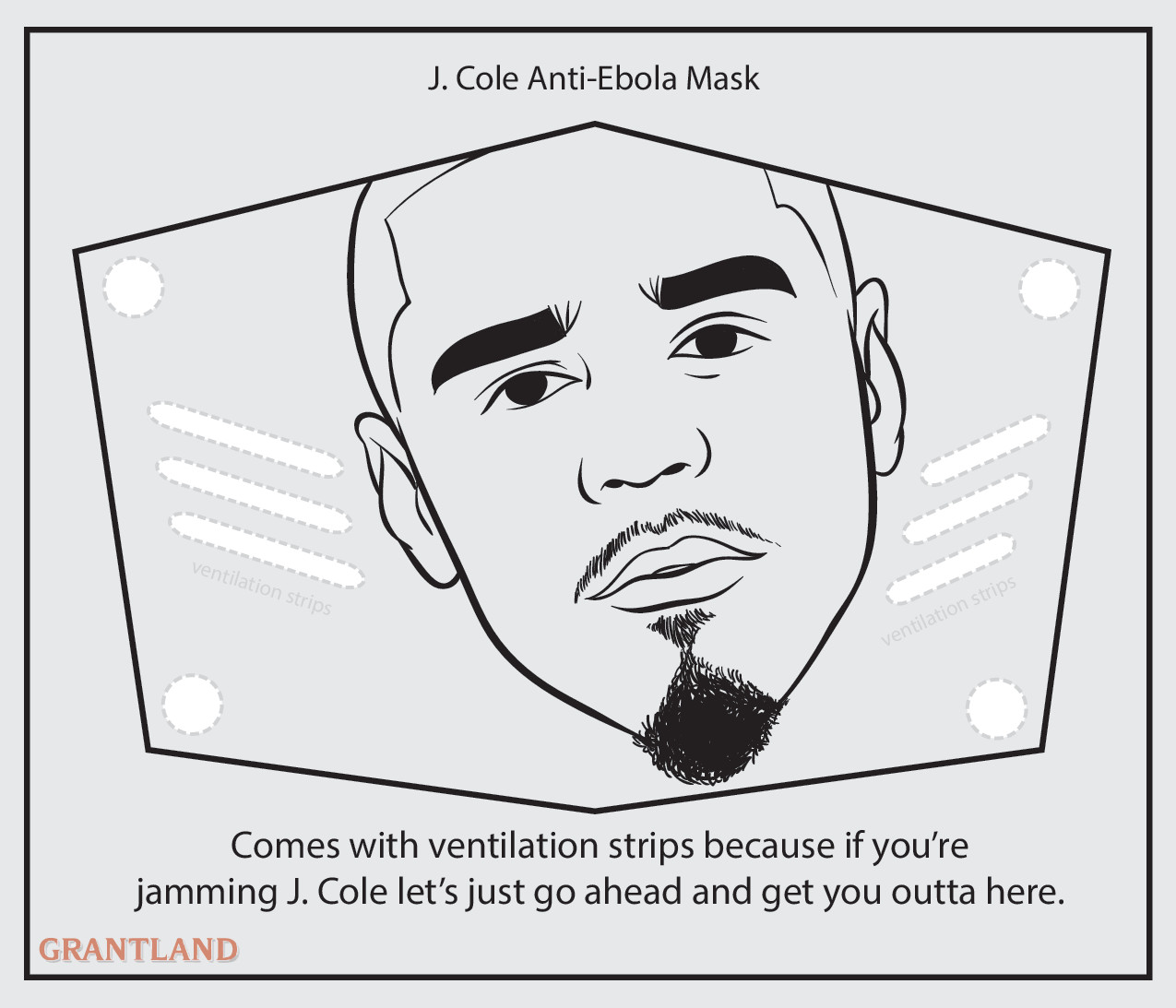 This is a joke. Of course you should not get a terrible disease just because you like J. Cole. But, I mean, if you step out of your car and slightly twist both of your ankles, that’s fair. 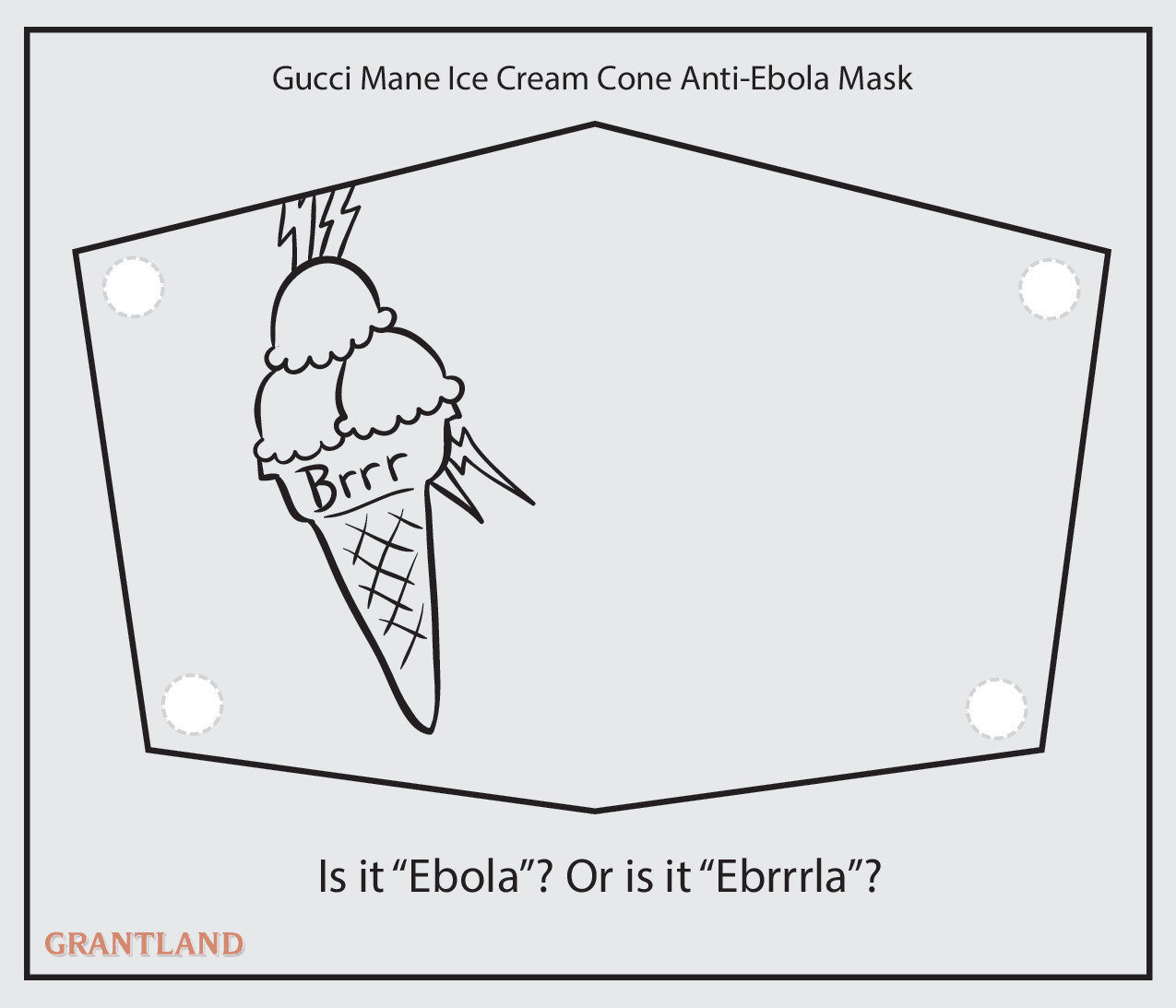 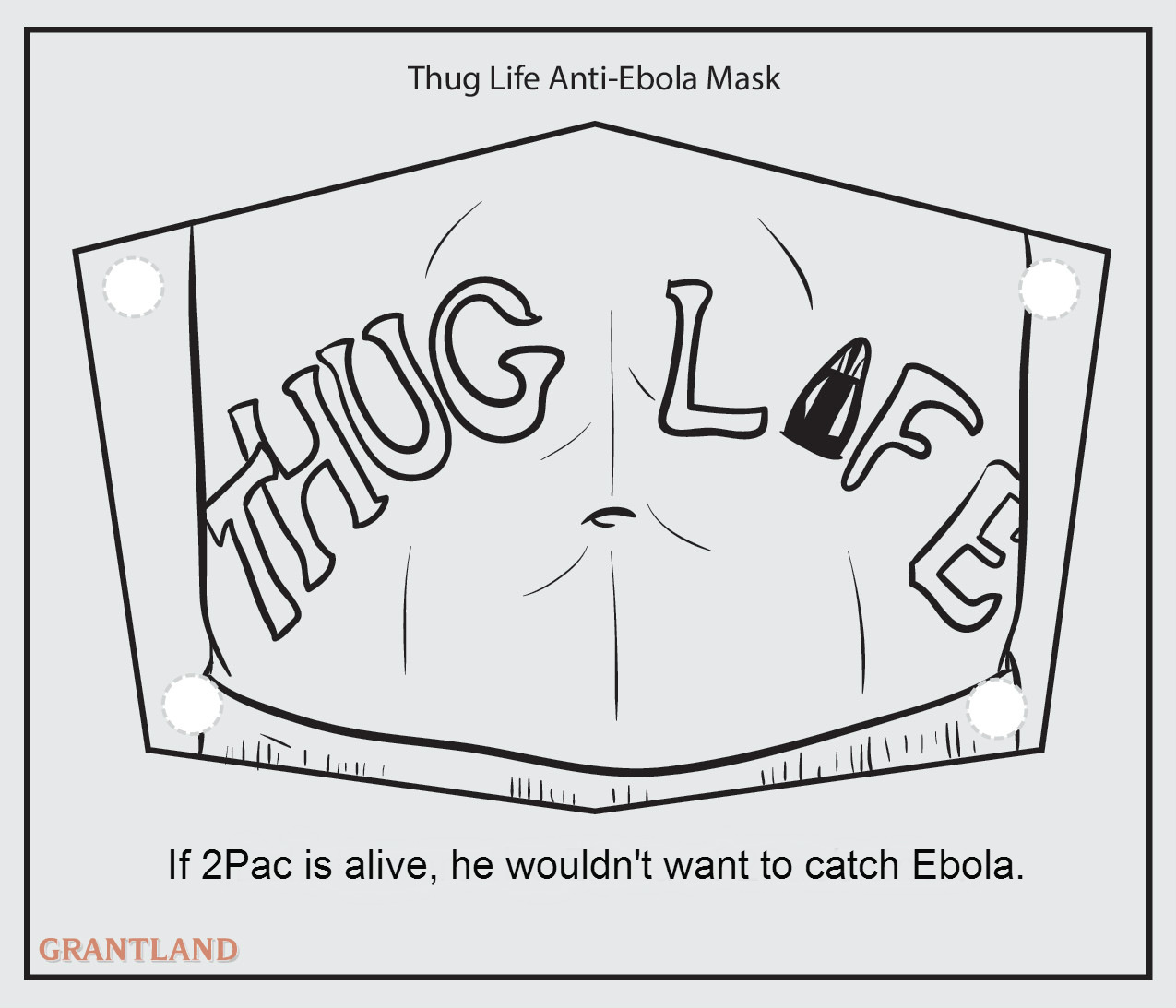 How crazy is it that on the same entertainment continuum we have a true life rebel and renegade and also a guy who sells Ebola masks to help pay the rent? Rap is amazing. 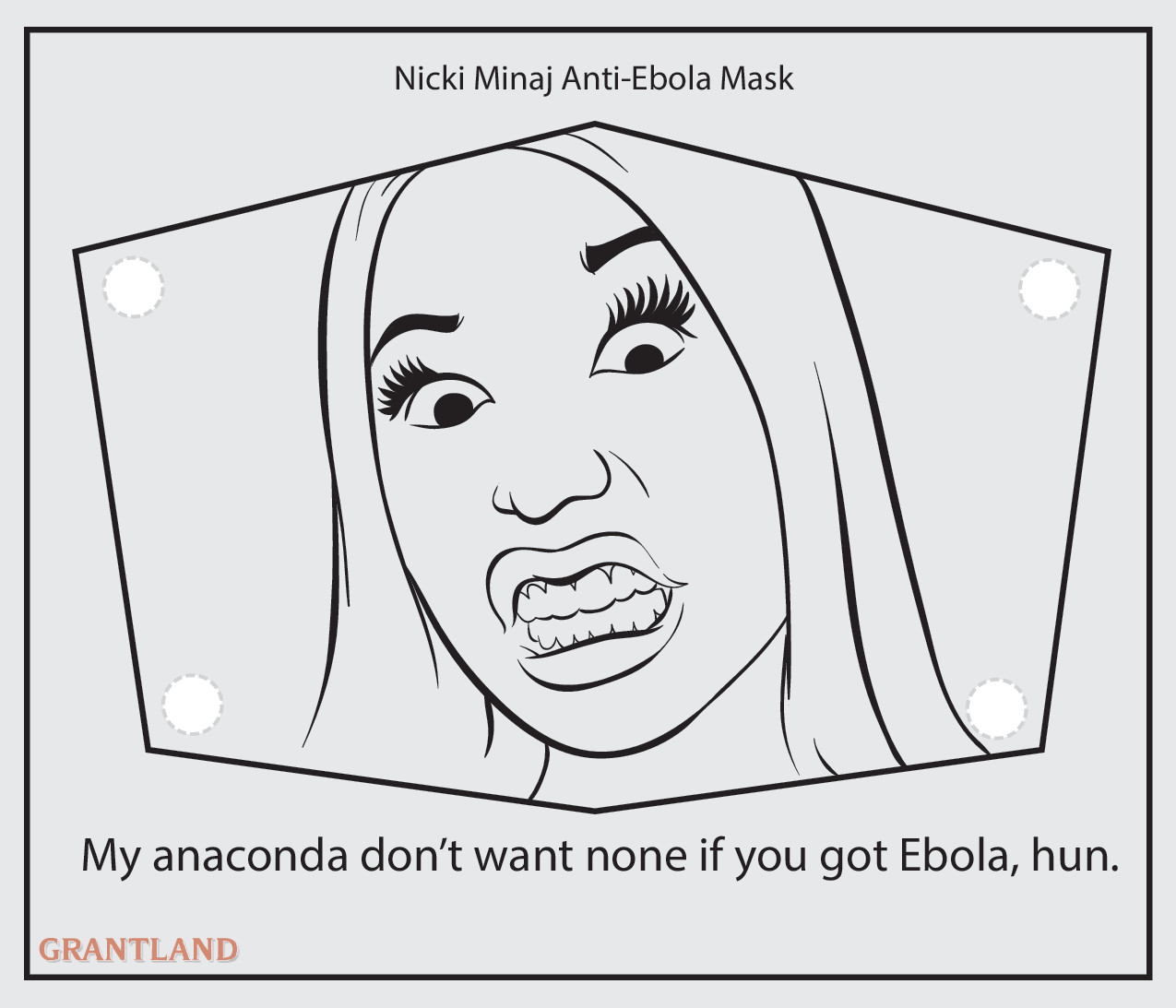 Real thing: At the beginning of each academic year, the school where I work hosts something called Science Night. It’s basically a one-off science fair, except it’s meant less to determine a science champion and more to champion science. Each science teacher has a table set up with an experiment, the parents of the students show up, and teachers mingle with parents while students move from area to area, doing the experiments at each location.

Each year, I have my kids do the Ice Cream in a Bag experiment. But before they actually make the ice cream, I have them make a trifold display showing what they are doing and how it works and blah, blah, blah. Anyway, so recently they were making the board and everything looked like it was going fine, so I told them I’d be right back, that I was going to the store to pick up a few last-minute supplies. (This was after school, so they were fine to move around on their own for a bit.) I told them, “The board looks good. The one thing we need, though, is a clever title. We need something that’s smart but that’s also funny, something that people will read and recognize and say, ‘Oh, I get it.’” And so the main leader, this very smart girl named J.Z., she said, “I got it, Mr. Serrano. I know what to do. Can I use your computer?” I said yes and I left.

When I came back they were all there looking very proud of themselves. “We finished, Mr. Serrano,” one of the boys said. “Cool,” I said. “Let’s see,” I said. And then I looked. And I was like, “Yep, I’m getting fired.”

Right there, in big, bold, capitalized letters, strung out across the top of the board: “MY ANACONDA DON’T WANT NONE UNLESS YOU GOT ICE CREAM, HUN.”

Kids are so clutch.

The Sea Is Dope