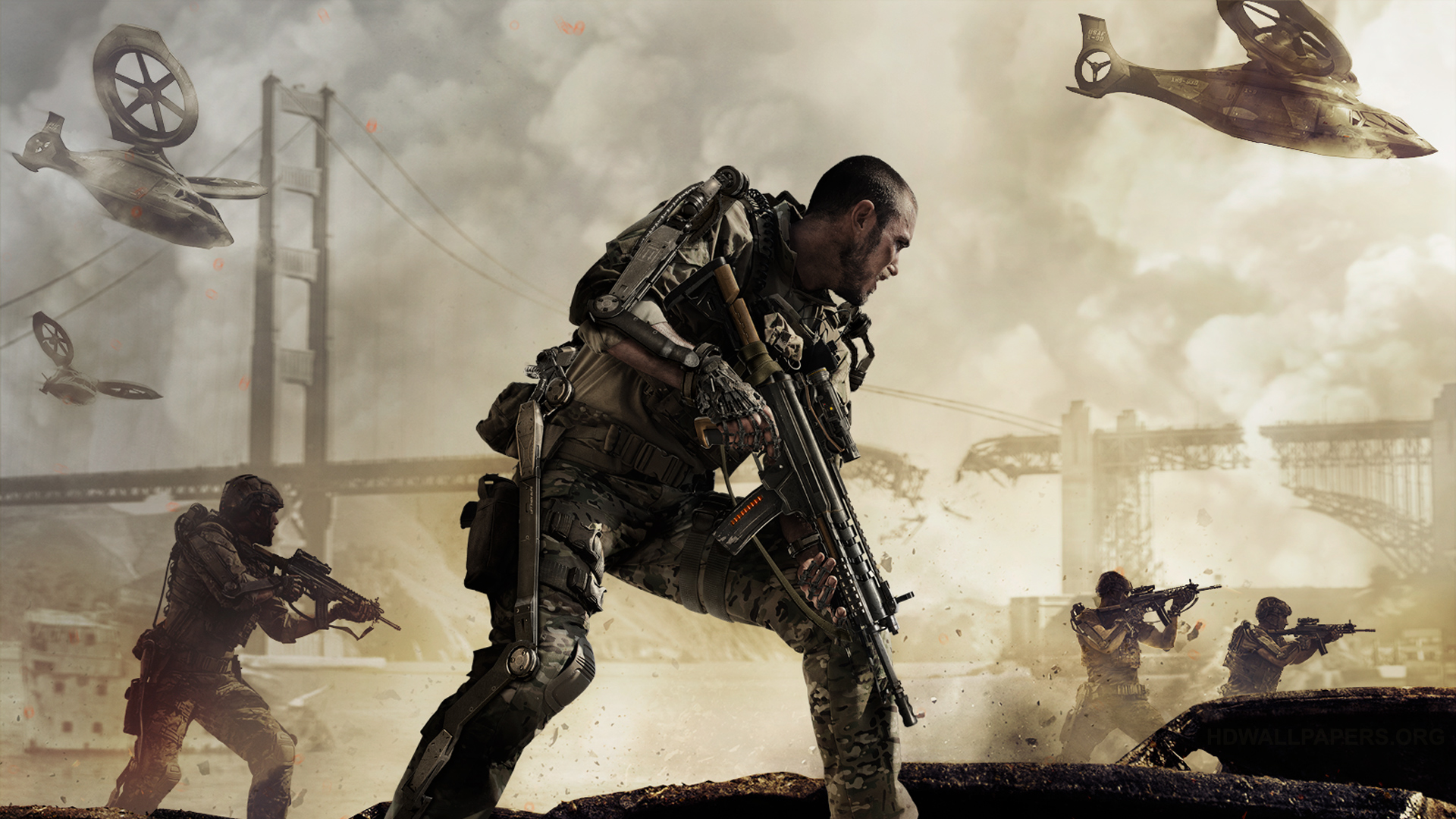 Imagine attempting to write a nuanced, emotionally rich story about a protagonist who kills, like, several hundred people over the course of his or her hero’s journey. That gives you an idea of how hard it is to write for the first-person shooter genre of video games. Effective storytelling requires empathy, which is not an emotion you necessarily want to employ when making a game in which the player will be asked to take on the role of someone who guns down ranks upon ranks of computer-generated characters in full 1080p resolution. A shooter requires some archetypical Other to kill by the bushel, or else some fantasy/sci-fi scenario that removes the virtual killing of lots of people from recognizable moral contexts. Thus, Nazis will now and forever be the go-to targets for first-person shooters, followed by aliens, zombies, genetic mutants, and, more recently, rogue Eastern European elements, North Koreans, and Islamic terrorists. First-person shooters are morally problematic by definition.1

Call of Duty: Advanced Warfare, the latest game in the multibillion-dollar Call of Duty franchise, is notable for several reasons. It’s the first non–Black Ops title to be produced under the aegis of Sledgehammer Games, after the litigious collapse of series creator Infinity Ward; it follows Call of Duty: Ghosts, a commercial and critical disappointment; and it represents something like a philosophical departure from past titles, taking Call of Duty’s weapons and gameplay into a near-future environment, instead of the series’ traditional 1941-to-post-Iraq-invasion stomping grounds. It’s also the rare Call of Duty game in which the single-player experience is stronger than the multiplayer. Oh, and Kevin Spacey is in it. 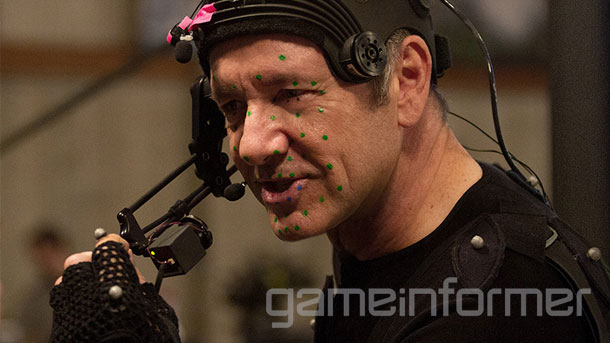 Advanced Warfare puts the player in control of Jack Mitchell, a former U.S. Marine who lost his best friend and his left arm defending Seoul from the invading hordes of the North Korean army. The player is introduced to the the fictional military tech of the year 2054 right away. There are grenades that hover in the air, swarms of Matrix Revolutions–esque battle drones, and, in the biggest departure for Call of Duty, cybernetic exoskeletons resembling the rig Matt Damon’s character in Elysium had bolted to his limbs and spine. The exoskeleton gives the player, through Mitchell, abilities that are probably unfamiliar to long-time fans of the Call of Duty series. There’s a Halo-like double-jumping ability; a quick dodge move that can be performed in midair; a hovering capability; a bullet-time feature; a sonic blaster; and various other customizable “exo abilities.”

The first mission is your standard Call of Duty fare — large-scale gun battles against throngs of computer-controlled enemies set in the streets of downtown Seoul. The cut scene that follows is not. After the battle, the scene shifts to a virtual Arlington National Cemetery, at the funeral of Will Irons, Mitchell’s Marine buddy, who paid the ultimate sacrifice in Seoul so that Mitchell might yet live. The player, from Mitchell’s viewpoint, stands at Irons’s coffin across from a large portrait of the fallen Marine, the rolling hills of Arlington and cherry blossoms in bloom in the background. The player then gets a prompt from the game: “Hold X to Pay Respects.” The player, still from Mitchell’s point of view, sees Mitchell place his white dress-gloved hand on the coffin, framed by the stump of his maimed left laying in its sling. 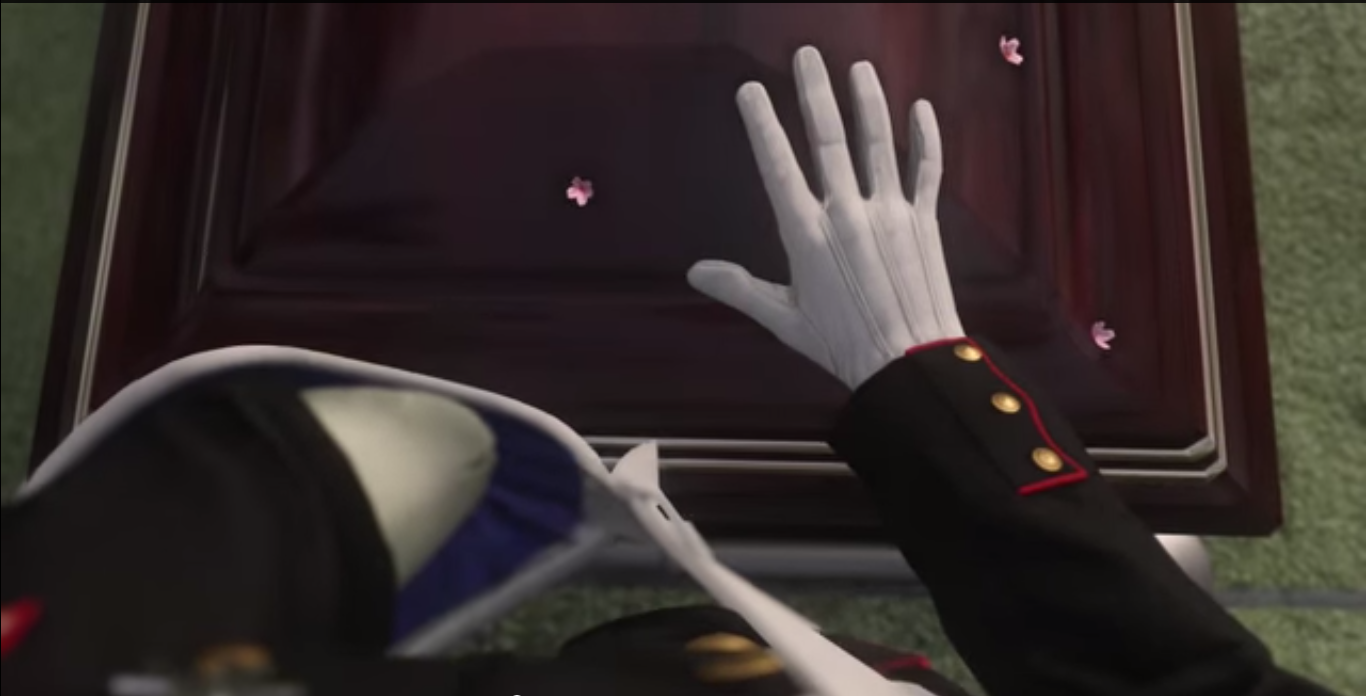 The scene, and the “Hold X” command in particular, has been fairly criticized for being lazy, for putting grief-by-prompt in the place of good storytelling and character building. I don’t disagree, but I give Sledgehammer and its writers points for at least trying. In the 11th iteration of the Call of Duty series since 2002, this is the first time — thousands of fallen non-playable characters later — the game has tried to actually grapple with the costs of the violence that it portrays. It is a reductive and profoundly unmoving attempt, and one that trivializes what it’s trying to represent, but the studio actually tried. Knocking Sledgehammer over this feels a bit like criticizing an out-of-shape person just as they’re coming back from the gym for the first time. After all, we’re talking about a video-game series that has as its most memorable narrative moment a scene in which the player is made to take part — passively or directly; player’s choice — in the massacre of throngs of civilians at an airport. (The reasoning behind that particularly vapid atrocity? To “… make the player have an emotional connection to the bad guy …” Writing for first-person shooters is hard.)

One other moment in the single-player stuck out. That I managed to catch it highlights how hard it is to deliver narrative beats in a video game, in which a player — unlike a movie camera — can wander where he or she likes. Mitchell, sporting a cyborg arm, is now working for the Blackwater-ish mercenary group Atlas owned by Will Irons’s father, Jonathan Irons, played by a mo-capped Spacey in full-blown Frank Underwood mode. Mitchell and fellow mercenary Gideon are creeping through the bowels of an abandoned building when a fluorescent light hanging directly above blows out with a pop. Gideon curses and dives to the floor. After a tense second — the motion-capture of the actor playing Gideon and his accompanying voice acting is excellent — he realizes his error and laughs. It’s another rarity for Call of Duty and the first-person shooter genre — a character displaying fear.

OK, but if you buy a Call of Duty game, what you care about, most likely, is getting online and shooting at strangers. Unfortunately, this is where the game really disappoints. Leaving aside connectivity and polishing issues — player’s game-states not syncing up (targeting not working) — of which Sledgehammer is aware and has pledged to patch, the game is a hectic muddle. The addition of exo abilities adds a level of vertical movement previously unseen in the series. Players can now move in ways that resemble sci-fi shooters like Halo: jumping high onto the rooftops of maps or hovering in midair, deploying Predator-style cloaking camouflage. The problem is, it doesn’t really work, and the standard gametypes feature lots of dying quickly from somewhere you couldn’t even see. It’s a tough balance to strike, because the core mechanics of a fun first-person shooter are only two or three actions. Move, aim, shoot, repeat. Trying to improve on something that’s essentially a spare loop of an experience results in a game that feels both bloated and scattershot. Or maybe I’m finally getting too old to play these games.

The central tension of the first-person shooter is that the things that make modern video games at large so enjoyable — the realistic graphics, the immersive game worlds, the increasingly well-written scripts — are also the things that complicate the genre as a narrative medium. This is a genre best calibrated for the emotional range between awesome and freaking awesome. (Grantland’s Ben Lindbergh recently interviewed Russian filmmaker Ilya Naishuller, best known as the director of the first-person-styled music video for the song “Bad Motherfucker.” Naishuller is in the process of making a full-length first-person action movie. The early footage looks awesome.)  A video game that realistically depicts the aesthetics of various assault rifles and explosions is an escape, one step above laser tag. A video game that depicts death from those assault rifles and grenades in realistic fashion is something else altogether. I guess what I’m saying is this: If there were a video game in which it was possible to shoot fully realized characters in photo-realistic fashion — exit wounds, skulls blown apart, gutshot characters pleading for mercy — would anyone want to play that? Not anyone that I’d want to meet. As game consoles and devices like the Oculus Rift promise a more immersive play experience, I think the first-person shooter genre will by necessity have to pull back on the realism of its violence. Or else it must try to explore the things that come with that realism — the damage, the fear, and the cost. But that’s a different kind of game altogether.

Fall TV Trade Machine: Making All the Moves That Fix the Biggest Problems of a Troubled Season