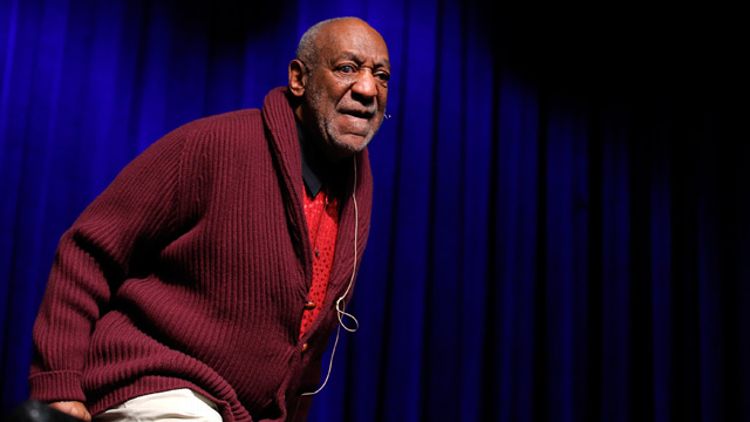 It looks like no one’s readier for the Bill Cosby revival than 76-year-old Bill Cosby. After a decade that only really yielded the divisive pound cake speech and a brilliant Late Night With Jimmy Fallon appearance, Doc Huxtable’s readying his first televised stand-up special in three decades. Premiering on Comedy Central just before Thanksgiving, it’s resolutely titled Far From Finished. Early clips show Coz’s comic essence intact, although he might stay seated the entire time (with a box of tissues alongside the customary bottle of water — please don’t use the tissues, Bill) and he’ll definitely get atomic bomb–applause for every joke, no matter what.

Cosby’s mind, even at 76, is Cosby’s mind. And Cosby’s mind is excellent, so seeing it undiluted onstage again will at least be fun and might be great. In 2011, Louis C.K. told the New York Times, “The best comedian I’ve ever seen live is Bill Cosby, and this was only about a year and a half ago … Go see him. Two-hour-long show, 400 ways to get a laugh. It’s like being a brawler and going to see somebody do jujitsu like a master.” Can’t ask for better press (which Cosby recognized). But the TV special will come and go, as TV specials do. The new TV show Cosby’s mulling, though, is another matter. It’s the matter we really need to talk about.

As Coz tells it, folks have been approaching him in public and asking him to create a quality television product, something reminiscent of the good old days, the 1980s. So now Cosby and his Cosby Show executive producer Tom Werner — who also had a hand in A Different World, Roseanne, and 3rd Rock from the Sun — are cooking something up. “I want to be able to deliver a wonderful show to [a] network,” Cosby tells Yahoo. “Because there is a viewership out there that wants to see comedy, and warmth, and love, and surprise, and cleverness, without going into the party attitude. They would like to see a married couple that acts like they love each other, warts and all, children who respect the parenting, and the comedy of people who make mistakes. Warmth and forgiveness. So I hope to get that opportunity, and I will deliver the best of Cosby, and that will be a series, I assume, that we could get enough people week after week after week to tune in to, to come along with us.”

I don’t want to take those well-intentioned comments and just hack through them with a snark-saw. I want to take Cosby at his word. He has earned it, and his books, comedy albums, and DVDs litter my home. There’s never a week when my daughter, born 14 years after The Cosby Show’s finale, doesn’t go on a mini–Cosby Show marathon. I can’t and won’t question the man’s status as a legend. But the legend began in 1937, meaning I’m obligated to ask a few questions, such as this: What is “the party attitude”? I truly don’t have the first scrap of an idea. And how do I encounter that remark about a show focused on children respecting their parents without wincing? Respect is great! I’m pro-respect! But something about the potential for capital-L Lessons makes me nervous in a mentally-writing-the-early-obituary-for-Cosby’s-new-show way.

The Cosby Show embodied a lot of important and special things with panache to spare, and it doesn’t feel quaint upon reexamination. But would this new series serve us a reheated-meatloaf version of those values? That couldn’t taste good, could it? Not now, in 2013, when there are more than a few shows exactly like what Cosby’s describing, albeit packed with white faces. I do get excited at the words “I will deliver the best of Cosby,” but I still have no idea if the show would get a strong enough following to stay on the air. Is Robin Williams’s success with The Crazy Ones a good indicator? What about Michael J. Fox’s so-so ratings over at NBC?

Cosby also has a new Fat Albert series ready to go, because his sudden busyness really is that ferocious. “I want some network to say to us, ‘All right, we’re going to give you the money to do one show,’ just to lay it out … I just want one shot, because I know that what I am envisioning … they’ve never seen anything like this on TV. The laughter, the stories,” he told Yahoo. Give him the shot, somebody. For the laughter, the stories — for us to see how it turns out, at least.