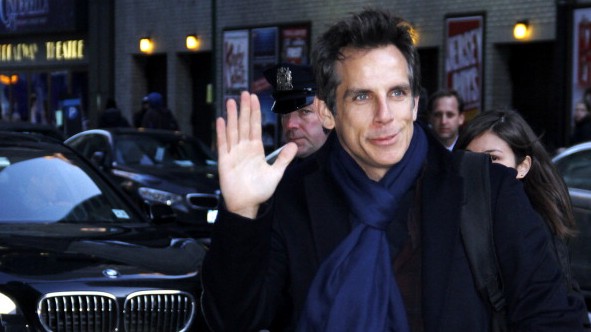 Ben Stiller may be joining the cast of I Am Chippendales, Variety reported yesterday, as Nick De Noia, the original choreographer for the be-cuffed male stripper troupe. De Noia — who also won two Emmys for directing and producing musical shorts for kids titled “Unicorn Tales” — was murdered in 1987, shot by a hit man hired by Chippendales owner Somen “Steve” Banerjee.

Banerjee was a busy criminal (before he hanged himself in his jail cell), charged with taking out a failed hit on three former Chippendales coworkers in 1994, in addition to trying to burn down the Red Onion restaurant in Marina del Rey, California. One of his original nightlife business partners was Paul Snider; Snider murdered his own estranged wife (Playmate Dorothy Stratten) and then committed suicide, and his biography has inspired two films, including Bob Fosse’s Star 80. That’s a lot of cinematic stories stuffed into what would appear to be a very small pair of briefs.

Six Feet Under and True Blood’s Alan Ball will be directing, adapting, and producing Chippendales; Stiller is the first cast member listed on the film’s IMDb page. Three years before his death in August 2012, Tony Scott had reportedly signed on to direct a different adaptation of Rodney Sheldon’s manuscript, and before that, in 1998, Sheldon’s story was in the hands of screenwriter Stephen Schiff (True Crime, Wall Street: Money Never Sleeps). Schiff claimed he was initially skeptical of the premise, worrying that it would seem derivative of 1997’s The Full Monty, but was eventually won over by the movie’s potential to be “an inky black comedy about the underside.” Something about the film has stubbornly resisted attempts to get it made, however, for 16 years.

There have been other iterations of the saga — 2002’s Just Can’t Get Enough, an E! True Hollywood Story, and a TV movie with Lost’s Naveen Andrews — but this latest version can hope to capitalize on the Magic Mike ab wave if it retains its momentum. Reading a profile of Banerjee is like making a collage of Mike, Scarface, and The Wolf of Wall Street, with clipped images of a hit man’s giant bag of cyanide (“enough […] to kill 2,300 people,”), nicknames (“the snow man”), and code names (“Strawberry”) taped to the cardboard for good measure.

When Barry Sonnenfeld was attached as director to the Chippendales project in 2003, the BBC chuckled that it was a bizarre decision for the Get Shorty director and quipped, “Obviously, he just can’t get the thought of shooting naked flesh out of his system.” It almost seems prudish now, especially after the parade of dicks in Nymphomaniac. Could the obstacles standing in Chippendales’ way have been annihilated by the very magical Mike, Oscar snub notwithstanding, and the lack of a widespread occurrence of eyeballs spontaneously combusting after we all saw a penis on True Blood? (Alan Ball, I hate to think what 2003-era BBC would say to you.) And so now we wait for Stiller to get some company in the cast credits (come on, Irrfan Khan as Banerjee!) and hope the project doesn’t get peeled off and discarded like a pair of pleather pants in a Vegas show.

Filed Under: Movies, Ben Stiller, I am Chippendales, alan ball

Showrunner Beau Willimon tweets out the first page of 'House of Cards' Season 3. And it's explosive.