Remind me who Salladhor Saan is again, and how does Davos know him?

We first met Salladhor Saan, Sex Pirate, during the preparations for Stannis’s invasion of King’s Landing back in Season 2. Saan had a fleet of ships at his disposal, which Davos needed because ships are kind of the first thing on the checklist if you happen to be planning a seaborne invasion. After the invasion foundered at the gates of King’s Landing, the bulk of Stannis’s fleet destroyed by Wildfire(™), it was Salladhor who rescued Davos, plucking him from a medium-size rock somewhere out in the Shivering Sea. Saan is from Lys, one of the Free Cities of Essos, located off the southern coast of the eastern continent. Lys is famous for poisons, such as “the Strangler,” which brought us the joy of King Joffrey’s wedding toast, and for producing top-class prostitutes from its numerous pleasure houses. No mean feat, being famous for prostitutes in a world lousy with brothels and sex workers of various stripes. I imagine it’s like having a reputation for growing the best corn in Nebraska. Some other notable Lyseni are Master of Whispers Varys and the late pleasure house alumnus Doreah, who taught Dany some Drogo-seducing night moves in Season 1 and later got locked in a vault with Qarthian con man Xaro Xhoan Daxos, a.k.a. the other black guy on the show, after they attempted to steal Dany’s dragons.

Davos’s former life as a smuggler gives him entrée into all manner of rough and salty social circles not usually accessible to noble lords, and his pitch to Salladhor on the beach in Dragonstone illustrates the stylistic flourish he brings to the office of King’s Hand. Ned Stark’s method of persuasion was to appeal to a person’s honor. Tywin Lannister’s is to leverage a person’s natural instinct for self-preservation against a desire for self-enrichment. Pirates like Saan have no particular sense of honor and, while they happen to love money, they have no landed titles to strip away and, when otherwise threatened, they can simply sail away.

Lacking Ned’s famous family name and Tywin’s well-earned reputation for ruthlessness, Davos, an upjumped criminal now wading through the high cotton of noble lords and ladies, has more than made do with an outsider’s ability to understand what people want, what really drives them. So, while Ned might’ve told Saan that invading King’s Landing was the right thing to do, and Tywin would’ve given Saan the option of being stuffed inside a chest or having the chest filled with gold, Davos understands that what a Sex Pirate loves, just as much as money, is fame. It was a similar pitch to the one he would later give to the Iron Bank loan officer, but with the kicker for that proposal built on a keen understanding that banks want to avoid risk.

Charlie asks, “I am pumped for this trial by combat twist and all the associated possibilities. One question: wouldn’t every Westeros trial eventually devolve into trial by combat — the courtroom equivalent of a 60-yard Hail Mary — once you knew you were screwed? Why wouldn’t everyone play that card?”

Well, every trial we’ve seen has come down to combat, so it seems as if everyone does play it. Narratively speaking, I guess it’s like Chekhov’s sword; if you introduce the concept of trial by combat, then, if there’s going to be a trial, we better see dudes fighting with swords by the third act. That said, the Westerosi justice system isn’t all-inclusive or even remotely consistent. Highborns can demand a trial from those of a similar social station, for instance, and once granted, they can then demand a trial by combat. It’s unclear if knights can demand a trial, but once put on trial, they, too, can demand trial by combat. Now, if the defendant is, say, Mycah the butcher’s boy, well, feel free to have the Hound ride him down and then let’s all have dinner.

Answers to your burning Game of Thrones questions.
In the books, when Tyrion demands a trial from batty Lysa Arryn, he does so after calculating that being Tywin’s son and the queen’s brother means that Lady Lysa can’t just chuck him through the Moon Door without due process. That gamble paid off, but it’s by no means a sure thing in every situation, as the defendant, from noble house or not, is still at the mercy of the whims of whichever lord or lady is holding them, and, like, that person could be crazy. Ned’s father, Rickard Stark, demanded trial by combat from the Mad King, who responded by having Lord Rickard roasted alive in his own armor over a pit of wildfire™, Iron Chef–style, in front of his son, Ned’s brother, Brandon. So, win some, lose some. I imagine that if Theon of House Greyjoy demanded a trial from Roose Bolton the response would be something like “Hahaha,” and then they’d cut off one of his ass cheeks. Beric Dondarrion (a knight and a lord) and the Brotherhood Without Banners put Sandor Clegane (not a knight, but from a family of knights) on trial, but Beric & Bros. are also a weird religious cult with an infinite lives cheat code that’s not at all representative of normal Westerosi jurisprudence. Pretty easy to pass a sentence of trial by combat for a guy who views death as a voluntary state of not being alive for 30 seconds. Which is all a long-winded way of saying, pretty much every trial does devolve into a trial by combat, but trials themselves are pretty rare.*

(*Speaking of rare, the prequel books also describe a variation of trial by combat called a “trial of seven,” which is basically a seven-on-seven battle royale. This form of ancient and super-seldom-invoked trial by combat was brought over by the Andals and is related to another Andal invention, the Faith of the Seven, which is now the mainstream religion of Westeros. One catch: The accused must have six friends willing to get maimed.)

Daniel asks, “Who can call on champions? Can everyone? Or is it only women, children, and the physically impaired?”

Anyone who can call for a trial by combat can, in theory, call for a champion to fight for them. Thing is, calling on a champion requires that another person actually agree to fight for the defendant and be able to do so immediately. When Tyrion was on trial at the Vale, he called for his brother Jaime to stand as his champion. A smart choice, and a two-handed Jaime surely would’ve been down for whatever, problem being he was nowhere close to the Vale, and Lysa Arryn wasn’t about to wait for him to get there. If Bronn hadn’t spoken up at the last minute, Tyrion would now be a greasy stain on the mountainside. In Tyrion’s case, there’s also the question of the skewed power dynamic between the accuser, basically the Kingdom of Westeros, and the accused. Any number of champions might be willing to take a chance at impressing King Tommen or Tywin or Cersei; from stable boys and squires to knights and lords. Besides Jaime, who would you expect to stand for the hated Imp, whom the gods obviously saw fit to curse by his very birth, and who probably killed the King? Say Tyrion’s champion wins. Yay. Tywin is still Hand, Cersei is still Queen Regent, and they can make life very hard for whomever they wish. Stand as champion for the Kingdom and you might get a castle out of it. Stand as Tyrion’s champion and, best case, you’re probably going to have to flee to Essos.

Vlad asks, “Why is it taking so long for Arya (and other characters) to get anywhere,  but Sansa reaches the Vale with just one episode off for travel, and Stannis does the same getting to Braavos?”

The simple answer is, Stannis and Sansa traveled by boat while Arya only recently got a horse. 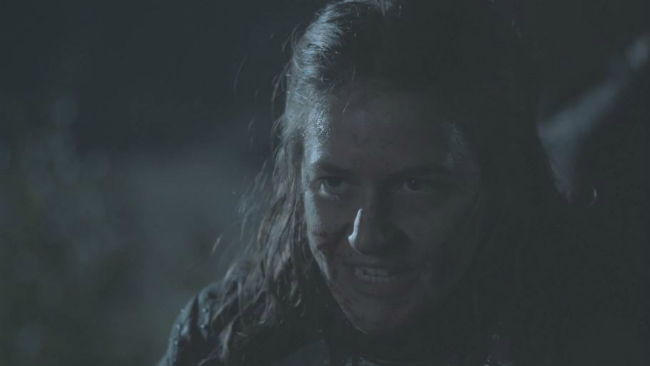 Yara is Theon’s sister. We first met Yara in Season 2, when Robb sent Theon back to Pyke, the seat of House Greyjoy on the Iron Islands, to broker an alliance with his father, Balon Greyjoy, the fifth king whom everyone forgets about in the War of the Five Kings. Theon didn’t recognize her after so many years, and boorishly spit game at her for the duration of their ride up to their father’s castle. Last season, she set out with a clutch of her finest fighters on a mission to free Theon from the Boltons after receiving Theon’s dick in the mail. The accompanying letter was also unpleasant.

Iron Islanders are analogous to our historical Vikings, if the post-Norman invasion Vikings kept to their pre-11th century raiding traditions even after they had settled down and built castles. The Ironborn value strength above all else; they don’t buy things, they seize them from others. They don’t farm; they come by sea, burn your village, and take your food and anything else of value. The Greyjoy motto is “We do not sow.” The Ironborn have a long history of raiding and conquering all along the coasts of Westeros. The ruined castle of Harrenhal is a testament to a time, before Aegon’s conquest, when the Ironmen ruled over the Riverlands.

All of which raises the question: THAT’S IT, YARA?!?! WHAT HAPPENED TO “THEY MUTILATED MY BROTHER, YOUR PRINCE” AND “EVERYTHING THEY’VE DONE TO HIM THEY’VE ALSO DONE TO YOU” AND “AS LONG AS THEY CAN HARM OUR PRINCE WITH IMPUNITY THE WORD IRONBORN MEANS NOTHING”? RAMSAY FUMBLES FOR HIS DOG CAGE KEYS AND, INSTEAD OF STABBING HIM WHILE HIS HANDS ARE OCCUPIED, YOU BOUNCE? PSHHH. WEAKKKKK.

Tim asks, “Can you maybe enlighten us on the backstories for some of the titles we keep hearing in the show? (E.g. I get “Mother of Dragons,” but should I know “Storm-born?” Or is that just the Westerosi equivalent for Targaryens of how dudes named Murphy will always be called “Murph?”)

Stormborn: Literally, she was born during a storm. A bad one that wrecked the remaining Targaryen fleet after her mother’s flight from King’s Landing in the wake of Robert’s Rebellion. I wish we did this in our world, like, “Tim, Overcast Day with a Light Drizzle-Born.”

First of His/Her Name: First King/Queen with whatever specific name they already have.

The Unburnt: Daenerys survived the flames of Khal Drogo’s funeral pyre at the end of Season 1 without a scratch. Totally worth bragging about.

Khaleesi of the Great Grass Sea: The title of Khaleesi refers to the wife of a Khal; the Khal is the leader of a Dothraki tribe. I think it’s fair to assume that there are other Dothraki tribes roaming the Dothraki Sea who would disagree with the “Great Grass Sea” modifier used here.

King/Queen of the Andals and of the First Men: Westeros has been the site of many migrations throughout its history. The First Men refers to the first human inhabitants of the continent of Westeros, who, roughly 12,000 years ago, crossed over from Essos into Dorne via a land bridge that existed between the two continents, and gradually colonized the whole land mass. Anywhere from 2,000 to 6,000 years after the arrival of the First Men, the Andals began migrating over from Essos by sea. The Andals brought the Faith of the Seven with them, and eventually their culture became the dominant culture of Westeros. The Andals displaced the First Men from most of the continent except the North and lands beyond the Wall. Generally speaking: People of the North and beyond are most likely ethnically and culturally North men, while everyone else is ethnically Andal. (In the books there’s a third cultural and ethnic group called the Rhoynar, but it seems as if they don’t exist in the Throneiverse.) 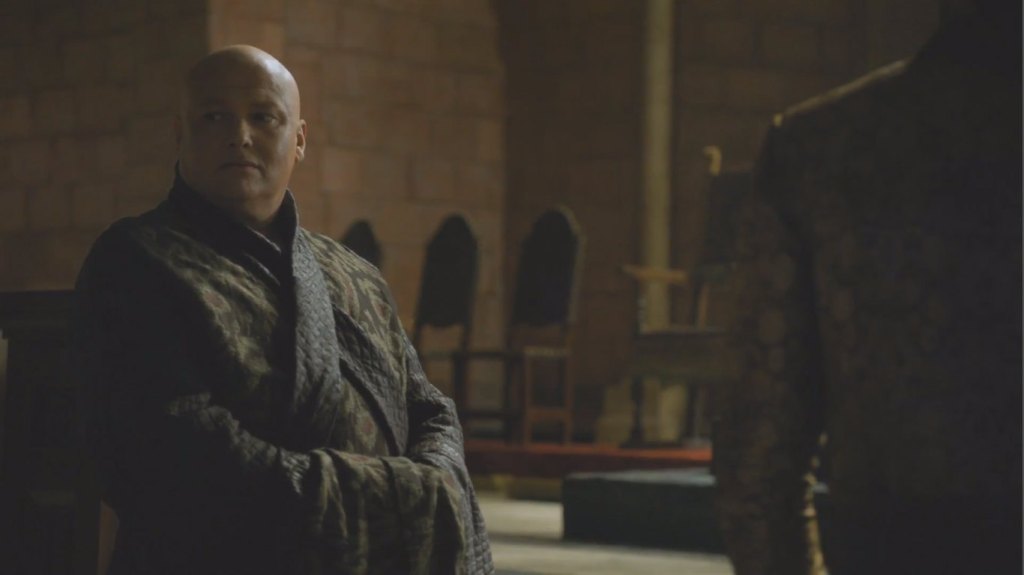 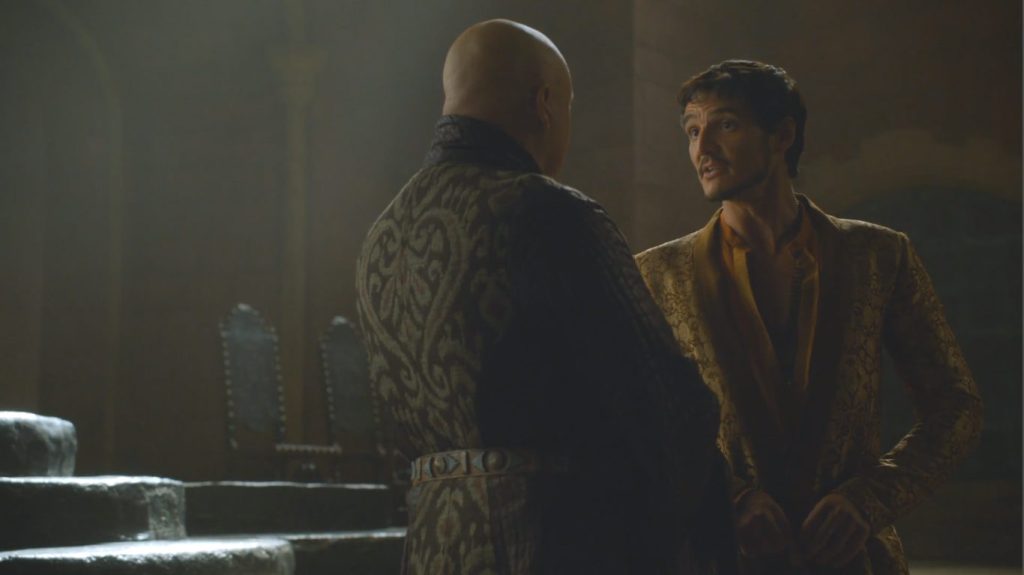 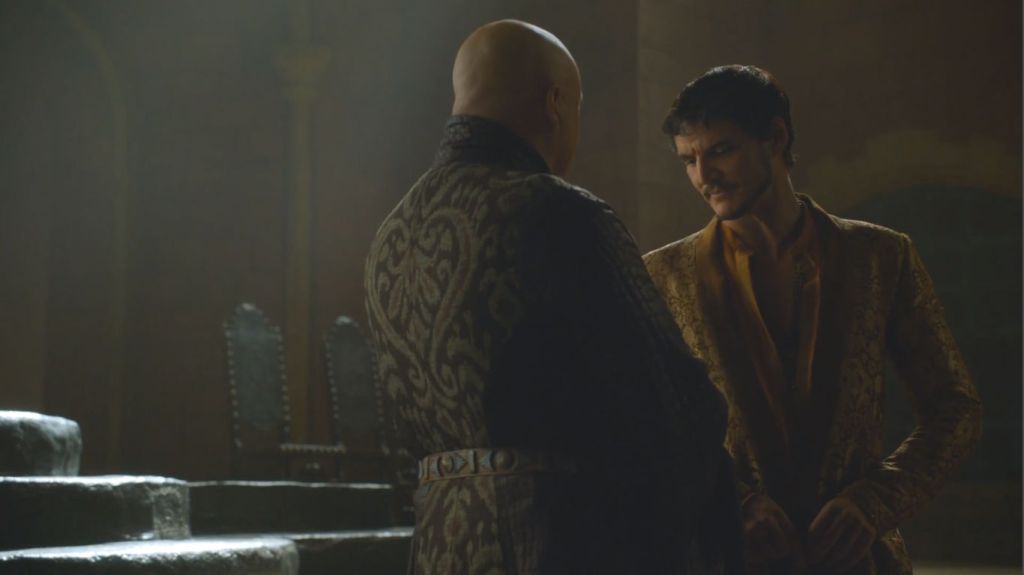 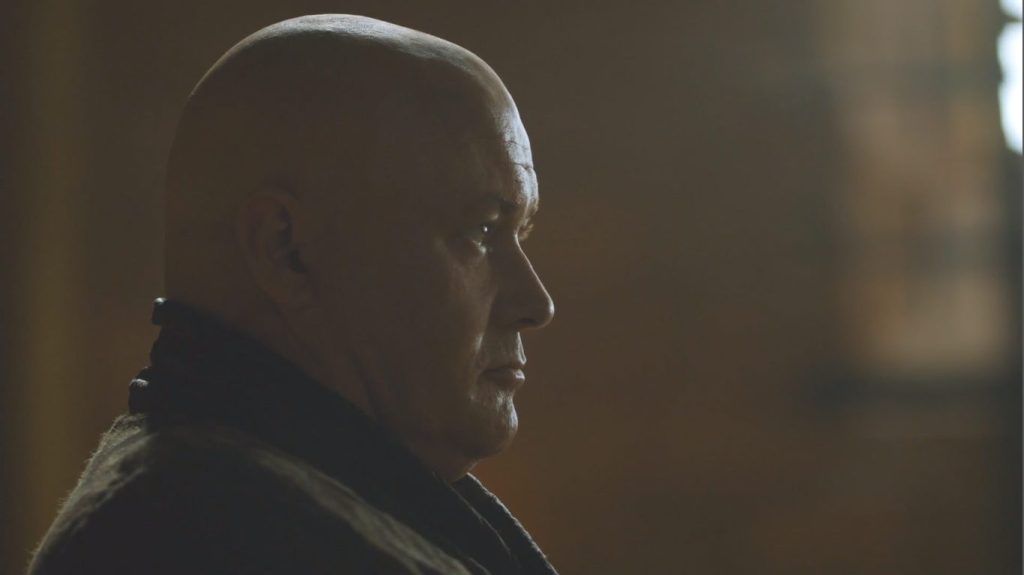