News of Chuck Brown’s death yesterday reminded me of my introduction to go-go. That came through Good to Go, a 1986 movie starring Art Garfunkel. The movie’s producer, recording-industry mogul Chris Blackwell, hoped his project would bring bands on D.C.’s homegrown go-go scene, godfathered by Brown, to a worldwide audience, as 1972’s The Harder They Come had broken Jamaican artists.

Alas, Good to Go did nothing good for go-go. It’s a lousy movie. Garfunkel plays a journalist wrongly accused of murder who has to dive into D.C.’s underbelly, and therefore the go-go scene, to save himself.  George Pelecanos, a writer for The Wire and a crime novelist who gets much of his material from the streets of the nation’s capital, said in a 2008 interview that the film couldn’t survive its fish-out-of-water casting. “Go-go is black music for black teenagers,” Pelecanos said, “and [Blackwell] put the whitest guy in a movie about black culture.”

I only saw Good to Go because a friend of mine had a low-level job on the crew, and even he would admit it stank. It’s so bad that producers changed the name of the movie when it went from theaters to VHS, then never released it on DVD. If I remember correctly, many of the local scenes were shot in Georgetown, though go-go hadn’t yet gotten that far west of 16th Street NW. Still hasn’t, actually, other than in D.C. Lottery commercials and some Chuck Brown gigs at Blues Alley, an upscale and mostly jazz club.

But the tunes from the Good to Go soundtrack, an all–go-go collection highlighted by “We Need Money” from Brown and his Soul Searchers (a tune that also goes by “We Need Some Money”), hold up incredibly well.

It also occurred to me that with Brown gone, Art Garfunkel becomes the key surviving figure in my go-go awakening. I wonder if anyone else can claim that.

Dave McKenna is a writer in Washington, D.C. 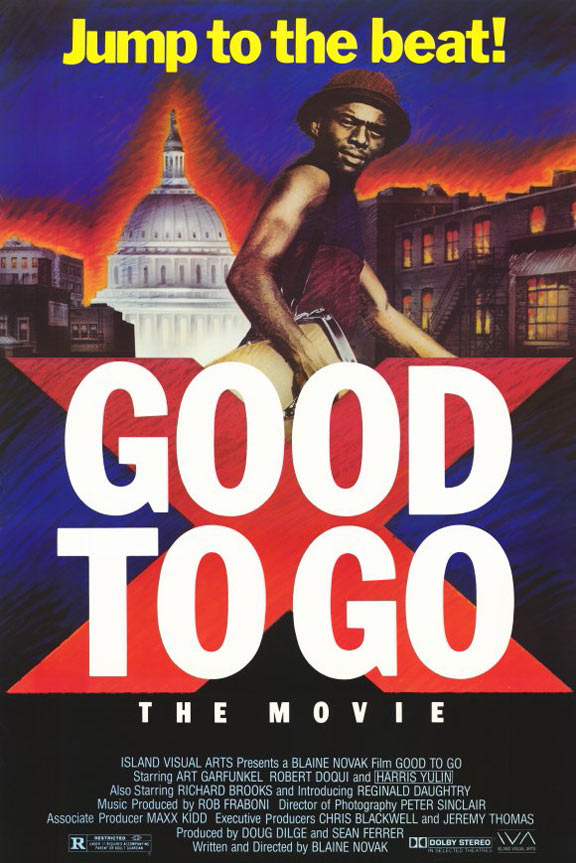