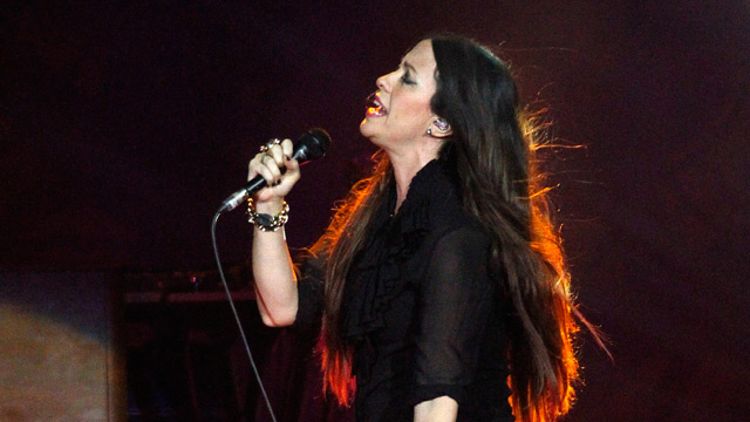 It says something about 1995’s Jagged Little Pill that I can’t make a single lyric-based joke about this news — “Isn’t it ironic this is happening?” “You oughta know about this!” “Are you ready to live, learn, love, learn, cry, learn, laugh, and learn?” — without feeling like a schlub. And I’d express curiosity about the timing, but when you’ve sold 33 million copies and you’ve got the best-selling album of the 1990s, timing is no longer of the essence. So there it is: Alanis Morissette is adapting her Grammy-winning, 33 million–selling LP alongside Tony- and Pulitzer-winning composer Tom Kitt, who worked on Green Day’s American Idiot as well as the musical adaptations of High Fidelity and Bring It On.

“I look forward to taking the heart of Jagged Little Pill and expanding its story, fleshing it out into ever deeper layers of emotionality, specificity, humanity, power, physicality, spirit, and fabulism,” Alanis says. About that “story”: Unlike American Idiot, Jagged Little Pill wasn’t a concept album, unless the concept was “this is the brain and life of an bleedingly passionate, poetic 21-year-old woman from Canada.” The prospect of turning that into a narrative is intriguing, and producer Vivek J. Tiwary (American Idiot, 2004’s A Raisin in the Sun revival) seems to get it. “Jagged Little Pill was a triumph of self-expression — an album that was impossible to ignore with its massive sound and raw honesty,” he says. “I’m proud to be working with Alanis to bring that same emotional power and bravery onto a Broadway stage. We need more Broadway musicals with a serious, relatable emotional core and strong female voices. So we’re looking forward to honoring the Jagged Little Pill legacy — while still surprising fans with some unexpected twists.” All the Jagged cuts will turn up in the performance, as will various other Alanis selections and new songs written for the show.

1. Will “Ironic” see all its lyrics manifested onstage in a massive set piece, the way it has always deserved?
2. Will Alanis Morissette star in Jagged Little Pill on Broadway?