He Is Not a Prospect 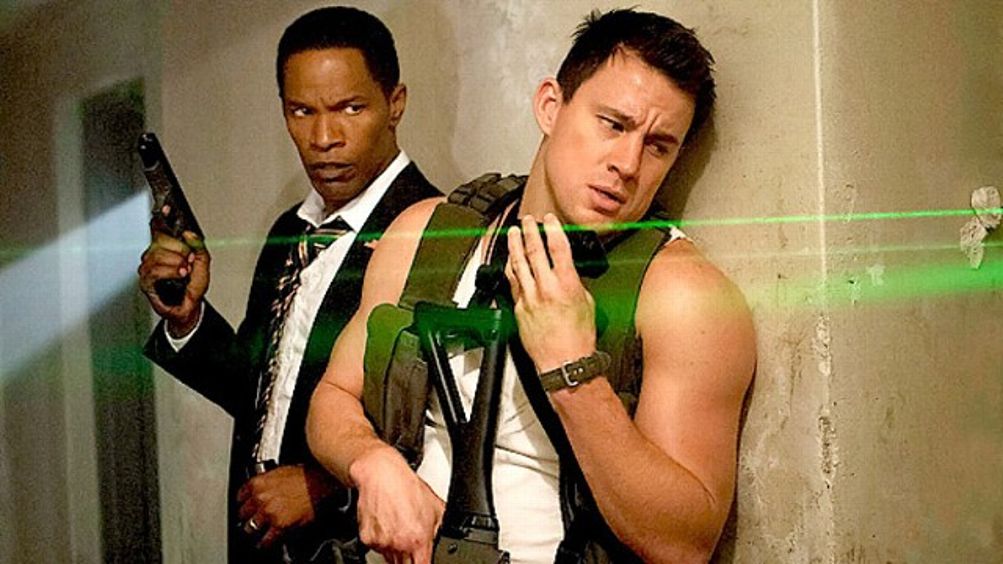 White House Down is terrible. The acting? The effects? The villainy? All bad. The politics are a hot mess. The music sounds as if it flunked out of the Academy for How to Make an Action Movie Sound American. Any image lingered on by the camera for longer than three seconds, any bit of dialogue delivered in bold-italics-underline, is bound to recur later as a punch line, like the painting of the White House inferno of 1814, which inspires the movie to take a break from all the high-tech warcraft to set a simple fire.

Yes, this is just like Olympus Has Fallen, the other Die Hard–in–the–White House movie, which opened this March and itself was like a half-dozen other movies. This new one ropes in films like the Taken series and lots of bad television shows. The bad guys in White House Down include the kind of youngish computer hacker who wears windowpane glasses and has a virtual orgasm swiveling around an office chair as a bank of computer screens spew code. He has clearly fallen out of the CSI overflow bin. And if you’re old and you’re white and you’re male, you’re just a caricature of old, white maleness. You’re a Gilbert Stuart painting vandalized with devil horns. You’re Dick Cheney. You’re Mr. Burns. You’re treated the way Hollywood movies always treat Arabs.

The president looks like Jamie Foxx. By that I mean Jamie Foxx is playing the president, one James Sawyer, and he’s a gentleman of poise and rectitude. The entire Middle East is contemplating signing his peace accord. But some haven’t forgiven him for ordering a stealth mission in Iran to look for nuclear weapons that weren’t there. Some haven’t forgiven him for looking like Jamie Foxx. It almost doesn’t matter why the White House winds up invaded: This is a Roland Emmerich film, and Emmerich loves trashing stuff. He has trashed outer space. He has trashed the planet three or four times. He has trashed the Stone Age, the American Revolution, Godzilla movies, and Shakespeare.

This is his second demolition of the White House, and I can only assume that part of the draw to another helping was the opportunity to capitalize on the evolution of special effects (Independence Day now looks like it was made with Popsicle sticks and Elmer’s Glue) and better access to heavy artillery. Emmerich is a liberal who gleefully avails himself of the vastness of the military industrial complex. So another reason could have been the chance to imagine what it might mean to trash the White House of a black president while the actual president is black, and in doing so, what it would be like to turn that president into an action hero.

The setup for that action is courtesy of James Vanderbilt, who ought to be ashamed of himself. Channing Tatum plays John Cale, a war hero and Capitol cop stuck on the security detail for the speaker of the House (Richard Jenkins). John is up for a Secret Service job. The woman conducting his interview is an old school friend (Maggie Gyllenhaal), who concludes that, based on his failed marriage and early exit from college, John’s track record for seeing things through is lackluster. His 11-year-old daughter, Emily (Joey King), would concur. Tatum has prematurely become a version of Jack Lemmon and Michael Douglas, men being phased out of relevance. Channing Tatum keeps playing guys who can’t get phased in.

Thank god for that ominous-looking maintenance crew pretending to be doing work in the president’s screening room. They strike while John and Emily are on a White House tour. John flees his hostage scenario to find Emily, only to happen upon President Sawyer being held at gunpoint. He rescues the president and a buddy comedy follows, in which Foxx gets to lower Sawyer’s upstanding mask and do some code-switching for the audience. When he runs around 1600 Pennsylvania Avenue in a pair of Air Jordans, it’s not unlike Barack Obama singing “Let’s Stay Together” before a fund-raiser at the Apollo Theater. It’s both men saying, “Don’t let the address fool you. I’m still down.” Foxx stays within Obama’s lines. They’re black presidents, not jive ones. He bends the part without breaking it. I don’t know that he’s presidential (I found myself wondering whether I’d have voted for him), but he’s got gravitas and tastefulness. Anyway, Foxx and Tatum have a few comedic moments in which the ex-soldier can’t believe the commander-in-chief lacks firearms prowess.

Their merry ludicrousness is interrupted by a lot of dumb ludicrousness. Occasionally, it involves Jenkins, Gyllenhaal, and Lance Reddick, as the head of the joint chiefs, bickering in an underground command center. Nearly always it involves Emily. Conveniently, she’s a spunky know-it-all with a major in urgently uploading video and a concentration in American history and current affairs. She remains imperiled often enough to keep her father and the president from driving right off the White House lawn. (How is this the daughter Channing Tatum has? He doesn’t even seem to believe it.) Every time Emily says the words “you” or “tube,” I want to shoot her, which makes me more heartless than the terrorists, since this is the sort of movie where the baddies can bring themselves to kill just about everybody but her.

But the character is here to make a point. Amid so much cowardliness and backstabbing and retirement (a sparkle cake is wheeled out for James Woods, who plays Gyllenhaal’s boss), amid so much cynicism (much of it belonging to Emmerich, who luxuriates in oblivion while whispering for peace), this annoying little white girl is here to champion her embattled black president, to run out on the White House lawn and put her flag-waving prowess to life-saving use, to say, “I love my big, old dysfunctional government!”

As I said, this is a terrible movie. But at least it’s a timely kind of terrible. 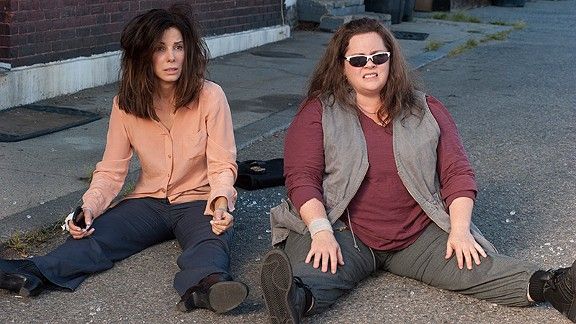 What movies are missing right now is the kind of performance from an established persona that pushes a star off the deep end. We haven’t had that since Denzel Washington last year in Flight. So the sight of, say, Sandra Bullock pulling herself along the floor of a hospital because her legs have gone numb is a stupid but heavenly image. Bullock’s comedy has always been about humiliation (she’s the antonym of Julia Roberts), and by the time she’s down on her stomach in The Heat, there’s nowhere lower for her to go. That moment is funny because her character, a haughty, uptight FBI climber, is giving everything she has to stop a murder, and Bullock, a movie star in middle age, is giving even more to us. The director, Paul Feig, who also did Bridesmaids, lets the shot go on long enough for her determination and physical desperation to turn absurd. She. Really. Wants. To. Catch. The. Bad. Guys.

This is no Bridesmaids. It’s an action-comedy to which Katie Dippold has given some emotional warmth, but there’s very little in it that’s special or new. Bullock’s FBI agent, Sarah Ashburn, has come to Boston looking to bust up a drug ring, and winds up clashing with a local cop named Shannon Mullins (Melissa McCarthy), who’s got a personal connection to the case. My skepticism going in had to do with The Heat being a movie with two female characters that easily could have been played by a pair of men. But these two are like workplace sexism’s toxic side effects. Ashburn is the ambitious professional who lives only for promotions. Mullins is the anti-feminine ballbuster. Nobody likes either of them. And they don’t like each other until they do. This is generic genre stuff with a realish female friendship at its center: It’s a bra-mance.

Some of it is also tired. Mullins has a family in East Boston that resents her for sending her brother (Michael Rapaport) to prison. When he gets mixed up in Ashburn’s investigation, the scenes at the Mullins house give a lot of actors from that part of the world — Jane Curtin, Joey McIntyre, Nate Corddry, Bill Burr, Jessica Chaffin — a chance to take their accents for a walk. It’s cheaply funny opportunism. But we’re not laughing at the characterization. We’re laughing at the accents.

Most of the movie is spitballing its laughs. Lest the emotions growing between Ashburn and Mullins put certain dudes off, Dippold — or someone — has added a scene in which a homemade tracheostomy covers Bullock and McCarthy in blood, and another in which Bullock is stabbed with a knife. That second moment does lead to the hospital floor, but there had to be a better way of getting there.

Despite the nonsense, McCarthy and Bullock make sense in physical and temperamental opposition to each other. I’m not a big fan of McCarthy tirades, but here she embodies a completely realized character and not the crapshoot sketch-comedy acting that some movies allow her to get away with. McCarthy’s an actress who needs a foil, and for now Bullock is more than good enough. I just wish these two had found each other 10 years ago.

Filed Under: Movies, White House Down