Full Tilt Boogie: The UIGEA and You 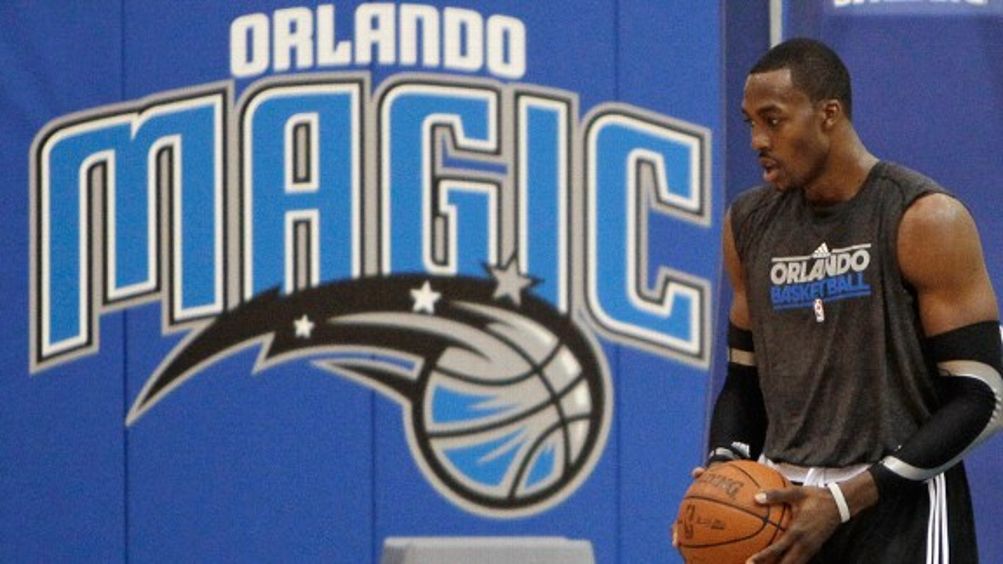 We’re prepared for Dwight Howard to leave. Whether in the next few days or at the trading deadline or after the season. We’d rather him stay, because he’s a stunning athlete with a beaming grin, and also because we drafted him, which for outdated reasons means something to us. He’s never swiped a board for anyone else. The mind-boggling alley-oops have always been ours. The humiliating swats, property of Orlando. But we’re emotionally prepared for him to leave. For one thing, we’ve been through this before with an even scarier big man who was part of a better Magic team. If training frontcourt talent is our role, we’re at peace with that. If the Magic’s niche is to draft physically unique big men with the first overall pick, train them for a few years until they possess a semblance of a back-to-the-basket game, and then ship them to a big city to win championships, so be it. And Orlando and its residents, being the good sports we are, will even get those big men some NBA Finals experience without letting them actually win a championship. We want them to still be hungry when they hop on a plane toward their cosmopolitan destiny.

During the lockout, we heard the league’s purported agenda to avoid being like baseball, to avoid having a couple of dominant rosters and a horde of also-rans. It’s a nice sentiment, but it seems about as enforceable as the laws many states still have on their books outlawing deviant sexual positions. The league can’t control free agency, and it can’t temporarily own every team and thereby control trades. The small-market teams won’t lose money now. That’s something. That’s important. Well done there. The Magic, though they hail from a small market, aren’t really a small-payroll team, but of course there’s a higher level, a level of town where motion pictures are produced, where the world’s wealth is managed (OK, mismanaged), and then there’s Miami. The league’s need to prevent the little franchises from losing money is just that, a need, but the idea of not allowing one team to load up a posse of superstars — isn’t that mostly a reaction to what Riley’s done in Miami? Isn’t the advent of this South Florida trinity the first time superstars playing together has bothered anyone? Or, you know, bothered everyone?

Here’s the thing. We’ve been craving this, whether we knew it or not. We’re always primed to boo a credible villain. Everyone is, but especially us, Orlando, the people who live up the road from the villain, who live up near the top of the turnpike in landlocked, golfy, fuddy-duddy Disneyness. If you can’t maintain genuine parity, like in the NFL, the next best thing is to have a New York Yankees. The NBA can’t, right now, have what pro football has. San Antonio was an aberration, and it’s been over for a while. You’re not going to have long-term powerhouses in places like Pittsburgh or Green Bay, but Pat Riley did you a major favor, Commissioner Stern, and I’m sure you know that, whatever lip service you give to parity.

If LeBron and Chris Bosh hadn’t been lured to Miami, many of us would’ve watched last year’s NBA Finals casually. We would have watched the Finals as long as something else didn’t come up. We would’ve gone and made a sandwich at the end of the third quarter and not been back in time for the start of the fourth. We would’ve taken a phone call. It was the off chance that LeBron might lose, that the villain might be vanquished, that put us on the edge of the couch, eyes glued to the screen, groping for nearby snack bowls blindly and lubricating our corneas a la A Clockwork Orange. Parity is no doubt fantastic, but man does it feel right rooting against evil, and man is this Miami team fun to root against. Usually, when one team beats another in a playoff series, the outcome indicates that the winning team was better. The winning team scored more and displayed shrewd shot selection, or rebounded more fiercely and stayed out of foul trouble. When the Heat lost, the meaning seemed to be moral.1 In last year’s finals, taking the easy road did not pay off. Disloyalty was punished. Hubris led to a fall. Chemistry did matter. What Riley tried to do was take chemistry out of the equation, to override it with large amounts of incompatible talent. Instead of trying to create that GM 2+2+2 = 7 alchemy, Riley went all 4+4+3 = 9. It didn’t work. Thanks, Dallas.

So down in Miami they’ve got a championship banner up, with likely (says Vegas) another on the way, and up in Orlando we’re running our big-man camp (with celebrity guest Patrick Ewing) and finally it doesn’t have to matter because we’ve got someone to hate. We’ll keep hoping Superman doesn’t fly off to Metropolis, but if he does, we have no qualms flipping our vibe switches from positive to negative.

Understand, Miami is by far the coolest city in Florida, and we in the rest of the state envy it. Sure, we despise its corruption, its vacuous glitz, and its filthy college football team that on certain years could give its pro team a good game. But we also envy Miami. It has its own atmosphere and architecture. It’s both more historic and more modern than anywhere else in the state. The mores are European. The food is Cuban. Miami is a natural winner in the free-agent wars and Orlando, which is the pinnacle of Florida’s golf course and cookie-cutter housing development and chain-restaurant future — a future so on-hold it’s becoming the past — is a natural loser.

We’re ready to embrace redheaded-stepchild status. We’re ready to own it, baby. We’re ready to be what Red Sox fans were before they won a couple of rings and became entitled whiners. It’ll be a piece of cake. Riley’s no problem to dislike. LeBron’s impossible not to hate. Even hating the Heat’s second-quarter-arriving, white-teeth-gleaming-against-tan-skin fans requires no special talent for animosity. I’m sure many Miami roundball junkies are fine folks, but let’s ignore them and focus on the star-fucking idiots who were celebrating in the streets when LeBron made his Decision. Let’s focus on the bunch who showed up to cheer when James, a smoldering Cleveland in his wake, demonstrated to the nation his counting prowess. Come on, people. A little class. Do you have to have everything? I know in Miami fame rules the day, but come on. What if next the football Hall of Fame and Cedar Point were moved to Miami? Party time? Fuck you, Ohio?

We Magic fans aren’t practiced at hating. We didn’t particularly begrudge Tim Hardaway and Alonzo Mourning when they took us out in ’97. We didn’t even mind when the Heat got our Central Florida-trained Shaq and won the whole thing. But now we’re going to lose Dwight and someone’s going to win a title with him. All that’s left to add to Howard’s game is improved passing out of double-teams.2 We’ve taught him everything else he needs to know, and when he leaves we’ll start all over again with the next raw, under-the-basket bully. But this time we’ll have our hatred to keep us warm. Hating has its benefits. Once we adopt perennial stepchild status, losing will become the fulfillment of our collective destiny rather than, you know, predictable failure. Ask Cubs fans about that. Those Magic flake-outs in the Finals will be, instead of merely heartbreaking, part of a legacy of Almost. We won’t have to be annoyed any longer at Nick Anderson for missing those free throws. We won’t have to be mad at Courtney Lee for bricking that layup, or at Jameer Nelson for inexplicably not guarding the 3-point line. That’ll all be part of it. That’ll turn into manageable grumpiness we can harness and direct toward Miami. This villain was created on your watch, Commissioner Stern. I say congratulations.

Previously from John Brandon:
The Biggest Week in College Football That Doesn’t Really Matter
Rivalry Week and the BCS Rat’s Nest
Can LSU Run the Table?
The Pac-12 Matters! Well … This Week.
Who’s No. 1? LSU or Alabama?
USC vs. Notre Dame and Seven Unlikely National Championship Contenders
Oklahoma vs. Texas, a Letter to Les Miles, and a Hard-To-Get Hunk