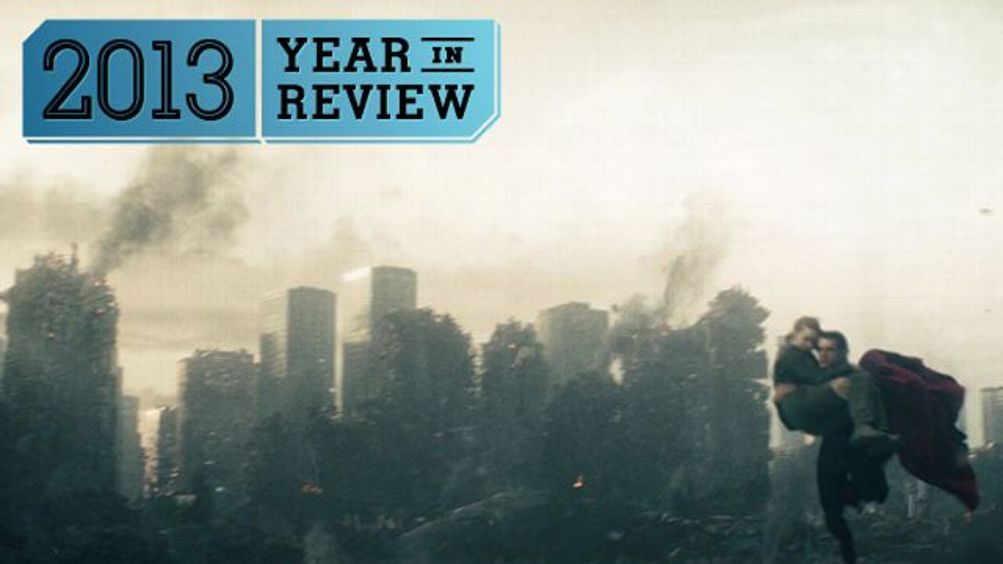 I feel bad for Harold Camping. He died the other day after devoting much of his life and many billboards to the pronouncement that the end was nigh. One of my favorite Camping signs had a bright seal of approval that read, “The Bible Guarantees It.” His followers heeded his promise of imminent Rapture and Judgment Day. Some repented. Some went on spending binges. Others quit their jobs and gave away their stuff. A few did much, much worse. Camping was 92, rich, and, courtesy of his listener-supported Family Radio, a certain kind of famous. He was also wrong — every single time.

It’s unclear whether a man as devoutly Christian as Camping went to many big action films, but the movies are only negligibly older than he was, and they got very good at portending the end of everything right around the time he did. In the 1970s, Hollywood dove into one cataclysm after the next — apes, infernos, cannibalism, nukes, swarms, Satan — with Shelley Winters and Ernest Borgnine as the ham-and-cheese of the apocalypse.

More of the Year in Movies

Wesley Morris ranks the best (but really, his favorite) films of the year

Our Favorite Overlooked Movies of 2013

These things tend to come in cycles. The heyday of the American disaster movie — and the American paranoia thriller, too — was during the Nixon presidency. 2013 provided an extra-strength, Obama-era sequel. This year the planet (or some large part of it) wasn’t destroyed once, it was destroyed a dozen times. Occasionally, there was a superhero to stem the damage — a man of steel, a billionaire encased in irony, people of various nationalities operating giant scrap-metal robots the same way you play Dance Dance Revolution. But the carnage was everywhere. Armageddon trapped famous young actors in a Hollywood house until the Rapture came. The end of one planet meant Will Smith could give Jaden a new one of his very own. Brad Pitt had to outsmart the undead, Jennifer Lawrence had to outsmart big government, terrorists blew up the White House not once but twice, and for most of Oblivion, Tom Cruise was the last Scientologist on Earth.

This all happened the same year Michael Bay decided to make a comedy about capitalism.

It always struck me as fascinating that Camping’s preferred date for the end was a variation on May 21. The world was always scheduled to terminate near the start of the summer movie season. That’s why I feel bad for him. He was a kook and arguably a con artist, but the movies kept his prophecies on infinite repeat. Camping belonged to the church of the blockbuster — he staked his life on doom. You have to admire his fortitude. I could barely survive six months of it.

By July, I was ready to nap until December. You get tired of running for your life. But you’d get the occasional reminder that all was not lost. Pacific Rim worked. It woke me up. Guillermo del Toro didn’t mine real-world disaster to drop your jaw, he mined his imagination. By that point, however, the global moviegoing public had had enough of robots and destruction and hugeness. Pacific Rim should have been the movie of the summer. Instead, it was just another summer movie. Its financial failure makes you wonder what the studios are thinking. If you can survey the landscape and see that, a year out, the release calendar is crowded with smithereens-oriented megamovies, shouldn’t you move the date of yours? Do you reposition — in essence moving out of the way and letting another blockbuster take your money? Or does your blockbuster stay where it is because it was there first? Do you honestly move Pacific Rim because This Is the End appeared the month before?

As it happened, This Is the End — a stoner comedy with a pop-philosophy soul — was a hit. The movie goes from dumb to smart enough to brilliant without announcing the slightest gear shift. Its end of the world worked because, in its way, it deemed Seth Rogen, James Franco, and Jonah Hill to be symptoms of the apocalypse. This is the end, perhaps, of that kind of homosocial dude comedy. We’ll see. It certainly seems that Vince Vaughn and Owen Wilson’s version is curdled. Not enough people wanted to watch them turn slapstick into jobs at Google to make The Internship a hit. There was even less interest in Vaughn pursuing the multitudinous outcomes of sperm donations in the underrated Delivery Man. 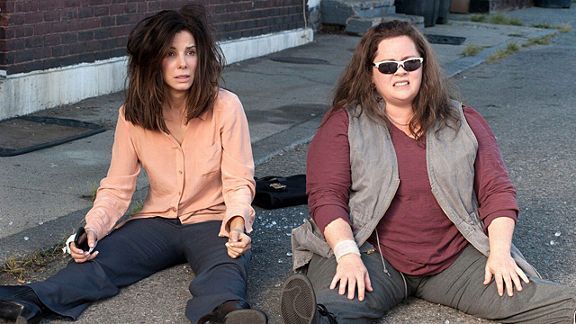 For the most part, comedy lately — good comedy — has become the province of women. Melissa McCarthy had two hits in two seasons, one a spring stink bomb (Identity Thief) with Jason Bateman, the other a hot-weather odd-coupling with Sandra Bullock called The Heat. I found Noah Baumbach’s adoration of his cowriter/girlfriend, Greta Gerwig, in Frances Ha to be intermittently contagious. And if Ethan Hawke seemed to win the philosophical arguments in Before Sunset, it was Julie Delpy’s wounded throwaway lines that won the emotional war.

And so it went. Nicole Holofcener demonstrated with Enough Said how a Julia Louis-Dreyfus film career might go. Woody Allen reinvented A Streetcar Named Desire as a black comedy that Cate Blanchett mightily capsized. And Paula Patton in Baggage Claim removes stains, whitens teeth, and cures all diseases. I still feel like the only moviegoing person who believes she’s magic. But I don’t care. She is.

Television has no shortage of funny women and a lot more female producers shaping the landscape. The movies have, most interestingly, Megan Ellison, founder of Annapurna Pictures, which in the last year has brought us Kathryn Bigelow’s Zero Dark Thirty, Harmony Korine’s Spring Breakers, Wong Kar-wai’s The Grandmaster, David O. Russell’s American Hustle, and Spike Jonze‘s Her. Few producers have her range. Fewer have her taste for diverse representations of women in movies.

This was also another year of Bullock’s one-two punch. No one else makes being a bankable star seem less like work, not even Tom Hanks, who was also very good in two dissimilar movies, the morally devastating Captain Phillips and the utterly baffling Saving Mr. Banks. There isn’t much Bullock could do right now to turn America against her. Del Toro’s friend and compatriot Alfonso Cuarón reaped global awe for guiding her toward Earth after so many other movies had laid waste to it. I couldn’t figure out what affected me so much about Gravity‘s last image of Bullock. In some ways, it was the scale of the image and angle from which it was shot. But it was also defiant and triumphal. It was a terrestrial reclamation. Cuarón was saying, “This is home.”

Gravity came out in early October, and it reminded me how much I dislike the way movies are slotted for release — the way summer signifies oblivion and fall signifies Oscars, and how the first three months of the year are treated like a Dumpster. But after a lot of worry about whether quality and risk mattered to the big studios, the last few months of the year changed the disaster narrative. Hollywood seemed determined to entertain — and not just to please the Academy, at least not explicitly. The studios trusted directors and, more hearteningly, they trusted us.

There was a merciful absence of piety and perfume. Steve McQueen made a movie about slavery that dared to not lift you up. Ron Howard made a movie about the rivalry between two race car drivers from Europe. Alexander Payne made an astringent road comedy in black-and-white starring Bruce Dern and MacGruber. Jonze made a romantic one in which Joaquin Phoenix falls in love with the voice of his smartphone’s operating system. And the Coen brothers made a folk-music movie that managed the impressive feat of being both soulful and antisocial. 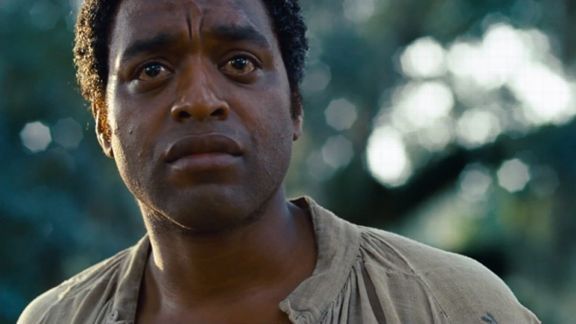 Paul Greengrass’s Captain Phillips was the sort of hard-eyed, sugar-free adult thriller some people say they want and that audiences actually went to see. Ridley Scott directed the sort of out-of-its-mind lollapalooza about moral bankruptcy I’m always in the mood for but almost no one else seems to be. (May The Counselor have a long afterlife.) But if you’re someone who still prefers to see movies in theaters, the trouble with the fall is that you suffer quality fatigue, too. This month, within 10 days of each other, American Hustle and The Wolf of Wall Street open. They are two very good financial caper comedies. The former is directed by David O. Russell as if he were Martin Scorsese. The latter is by Scorsese himself.

The year’s greatest movies tended to hail from other parts of the world and didn’t adhere to a release schedule. If it’s good, people will remember. (To that end, did Oz the Great and Powerful really come out at the beginning of March?) In any case, I love that the Weinstein Company first released Ryan Coogler’s punctual elegy, Fruitvale Station, in July and then rolled the dice on releasing Lee Daniels’ The Butler in August and that the gamble paid off. Daniels’s movie is a strange, perversely entertaining crypto-epic. There’s no one making movies like him — the sweatiness, the sloppiness, the mix of piety, instability, idiosyncrasy. You never know whether to fan the screen or yourself. The Butler is both serious and seriously anti-serious in a manner you’d never get from a white director making a movie about, say, the civil rights movement. Daniels doesn’t treat history as the be-all and end-all. For him, it’s part department store and part Halloween party. It’s bizarrely alive.

At times, one does some hand-wringing about the movies. Are the nerds ruining everything? Where are the nonwhite people? Where’s Emma Stone? Where’s Sharon Stone? Would Roger Ebert have liked this movie? Is Steven Soderbergh truly serious about hanging it all up?

Ah, yes, that. Back in February, Soderbergh released a diabolical block of ice called Side Effects with three sharp but sadly forgotten performances by Rooney Mara, Jude Law, and Catherine Zeta-Jones. In April, Soderbergh delivered a keynote speech at the San Francisco International Film Festival about the death of art in the movies.

He focused on ignorant film executives and the proliferation of releases based on comic books. His remarks were refreshingly candid and tinged with a kind of entitled dismay. He was biting a hand that used to feed him. Whether or not his point was self-serving, he had one, and it was resonant: The movies are doomed.

That, of course, didn’t feel at all true this year. But the impacts of global warming don’t hit you all at once, either. For now, it still snows in winter. Soderbergh is looking grimly at the long game, and in doing so, it’s probably obvious whom he’s reminiscent of. Harold Camping would have had an exact date. But Soderbergh’s no dummy; he’s just preparing us to expect less snow.

Filed Under: Movies, The Year In Movies