The Problem with Novak Djokovic 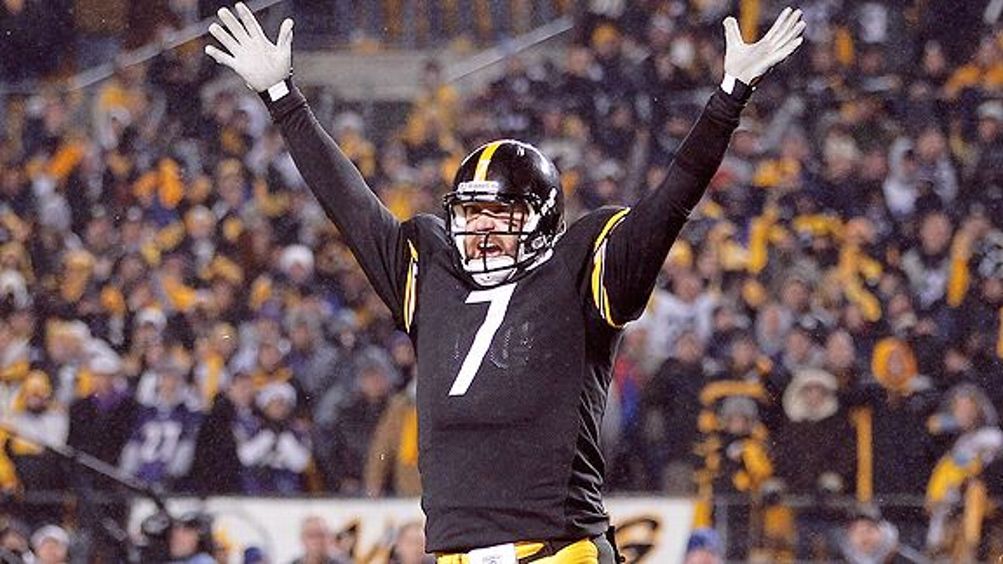 “We, at Grantland, are pleased to offer the first installment of our four-part preview of the 2011 NFL season.

“For those of you who just eyed up the scroll bar and planned to kill a few trees, that’s right: It’s a four-parter.”

“You know how NFL talking heads speak their own language, rely too much on recognizable code words and take 100 words to say something that could be said in 15? Like, instead of saying, ‘Brandon Jacobs is a good backup running back’ they might say, ‘In the National Football League, you need backs who can run downhill to win football games, and with a guy like Brandon Jacobs, here’s a guy who makes you start talking about a guy who can come right in and run downhill against tired defenses, and when you have a guy like that, guys, there’s a guy who ohbytheway can help you win in the National Football League.’

“Journalistically speaking, there is no hot news to offer you about Roger Federer. He is, at 25, the best tennis player currently alive. Maybe the best ever. Bios and profiles abound. ’60 Minutes’ did a feature on him just last year. Anything you want to know about Mr. Roger N.M.I. Federer — his background, his home town of Basel, Switzerland, his parents’ sane and unexploitative support of his talent, his junior tennis career, his early problems with fragility and temper, his beloved junior coach, how that coach’s accidental death in 2002 both shattered and annealed Federer and helped make him what he now is, Federer’s 39 career singles titles, his eight Grand Slams, his unusually steady and mature commitment to the girlfriend who travels with him (which on the men’s tour is rare) and handles his affairs (which on the men’s tour is unheard of), his old-school stoicism and mental toughness and good sportsmanship and evident overall decency and thoughtfulness and charitable largess — it’s all just a Google search away. Knock yourself out.

“This present article is more about a spectator’s experience of Federer, and its context. The specific thesis here is that if you’ve never seen the young man play live, and then do, in person, on the sacred grass of Wimbledon, through the literally withering heat and then wind and rain of the ’06 fortnight, then you are apt to have what one of the tournament’s press bus drivers describes as a ‘bloody near-religious experience.’ It may be tempting, at first, to hear a phrase like this as just one more of the overheated tropes that people resort to to describe the feeling of Federer Moments. But the driver’s phrase turns out to be true — literally, for an instant ecstatically — though it takes some time and serious watching to see this truth emerge.”

“‘I’ve never understood musicians who don’t enjoy doing promotional interviews,’ [Gallagher] says. ‘I just can’t believe it. I always think, ‘Your life must have been so brilliant before you were in a band.’ Because my life was shit, and this is great. Even after all these years, at 44 years of age, whenever the label asks if I want to go to New York to do promos, I always say yes immediately. And the label is always like, ‘Are you sure? It’s going to require a lot of interviews?’ And I’m like — I don’t give a fuck. You’re gonna fucking fly me first class to New York and put me in this amazing hotel? And my wife can go fucking shopping four hours a day? What is not to like about that? I fucking love doing press conferences. I don’t want to suggest it’s all a joke, but come on — the president holds fucking press conferences. Why am I here? Why not enjoy it? I’ve never felt like I had anything important to say. I can tell a few jokes and we can talk irreverently about fame and success and sport and bullshit and all the crazy people you meet. But I have nothing to say.’

“This is not accurate.”

“They did not take their opponent seriously. Nobody ever does. Those kids on the platform who had painted up their faces in the opponent’s orange and blue color scheme … that was cute, just like that adorable blue turf deal. They snapped photos and then piled onto the train and sang their songs about drunken Georgia Bulldog fans and passed out beers to strangers. One of their own players, when asked if their opponent might belong in the Southeastern Conference, delivered a flat no, so why should they feel any different? And this player, a tailback named Richard Samuel, said that after the game, after Boise State had bullied Georgia on both lines of scrimmage in a 35-21 victory, after they’d driven those elegant hordes from the Georgia Dome and out onto the streets of Atlanta, where they stumbled off in search of a tavern and some solace.”

“When I first heard the chant, I was sitting in the Rose Bowl with a Mangino-sized scowl on my face. My Texas Longhorns had gotten their legs (and arms) broken by Alabama. Crimson Tide fans — thousands of them in white button-downs and khaki pants — were hugging each other and laying their cheers on us: ‘We’re gonna beat the hell out of you!’ That’s when I heard the chant. ‘S-E-C! S-E-C! S-E-C!’

“These guys cheer for the whole conference? Yup, they do. As the Tide and their pals won five straight national championships, something happened to modern SEC fandom. The SEC fan roots for his school, of course. But he also roots for his conference, and, in an interesting, New South kind of way, his whole region. The thing historians used to call southern exceptionalism — and its first cousin on its mother’s side, southern solidarity — has been channeled into a football fight song. Chanting ‘S-E-C!’ is the last polite way to root for the South.”

Oscarmetrics: The Contenders So Far

“Why am I writing about the 2012 Academy Awards race a full 181 days before the ceremony? If you have to ask, it means you’ve missed the news that when it comes to the Oscars, obsessive overkill is part of the fun. Also, because this post-Labor Day moment is the last opportunity to weigh in before things get complicated, and because in the minds of the people and companies that are spending money on it, the race has not only begun, it has already descended into tragicomedy. (Exhibit A: The mailed invitation that some Academy members have already received to attend a screening and mull the question of whether this year’s pantheon of Best Picture nominees should include Transformers: Dark of the Moon.)

“Over the next six months, I will try to sort through the combination of need, ambition, competitiveness, insecurity, ego-stroking, undermining, strategizing, and — not to get inappropriately high-minded — genuine movie love that fuels an Oscar season. And this is going to be a good one, because it includes the desperately welcome element of surprise.”

“There is too much attention and praise showered on the modern elite quarterback. The Tom Bradys, Peyton Mannings and Aaron Rodgers of the league are celebrated as genius demigods, just because they can make split-second decisions and deliver precise passes while being chased by gigantic men who spent an entire week figuring out ways to injure them. Blah fucking blah. The more compelling narrative is that of the modern failure. Because when things go wrong for an NFL quarterback, they go spectacularly wrong. And there will be no shortage of that this season. On-field arguments. Botched handoffs. Locker room backstabbing. Seeing that unfold is way more fun than watching Brady sling the ball around for a bit, droneishly drop clichés at the press conference, then go home to the hottest woman on the planet.

“This year, we’re going to make it even more interesting, using an old trick: adding a draft, a scoring system, and gambling.”

The Would-Be Redemption of Donald Young

“Even if you’re not a tennis fan, you’ve probably heard about Donald Young. He was the youngest winner of a junior grand slam, a former junior world no. 1. He was the phenom, the kid with the big Nike contract before he could drive, the Future of American Tennis, the men’s answer to the Williams sisters, the lefty from the South Side of Chicago who had caught the eye of Agassi’s coach, the Next Big Thing who, at the age of 10, impressed John McEnroe with his incredible hands. Young was also a cautionary tale — the brash kid who ‘had too much too early’ and brought attention to himself in unwelcome and regrettable ways, most notably cussing out the United States Tennis Association on Twitter a few months ago. But on Sunday, Donald Young beat Juan Ignacio Chela in straight sets. Now the excited chatter, in a tournament that has been decidedly short of excitement, is that Young is living up to the hype.”

By Jeff Jensen and Jonathan Case

“In the ’80s and ’90s, Washington’s Green River Killer was responsible for the murders of at least 48 women. Detective Tom Jensen put in work crucial to Gary Leon Ridgeway’s capture and, in 2003, spent half a year interrogating him. Now, Jensen’s son, Entertainment Weekly‘s Jeff Jensen (with help from illustrator Jonathan Case), has written a graphic novel giving an insider account of Ridgeway’s crimes and apprehension. See our exclusive 14-page excerpt from Green River Killer: A True Detective Story — out this week from Dark Horse Comics. ”