Englands of the Mind 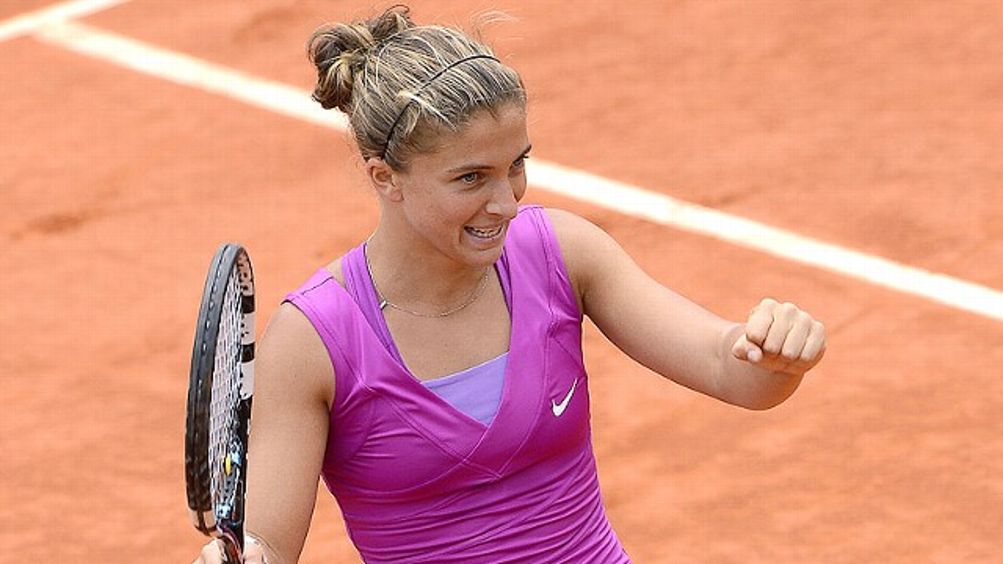 People love to complain about women’s tennis. It’s too loud, too fraught, too streaky, too anonymous, too emotional. Those people cling to an antiquated game that isn’t coming back. Those people are basically upset that there are no rivalries, not enough international stars, too few great matches, and no Big Four. Which is to say that most of those people are upset that women’s tennis is not men’s tennis. That’s both unfair and fair: Caroline Wozniacki can’t even be bothered to electrify herself.

Really, though, the disappointed comparisons to men’s tennis — at least regarding this year’s French Open, which concluded aberrantly on Monday — go as far and as deep as this for me: There were no faux-hawks. On the one hand: Thank God. On the other: Have you seen Jo-Wilfried Tsonga’s; or the one Fernando Verdasco used to have? This is the sort of edgeless posturing we’re supposed to be well past (to their credit they’ve never played in a trucker cap), but a cool haircut is a cool haircut, and something women’s tennis is currently bereft of is cool.

Svetlana Kuznetsova spent her four-match run at Roland Garros with her short hair clipped up on either side of her head. Kuznetsova has played in Bo Derek cornrows and as a Brigitte Nielsen blonde. She knows statement hair, and this wasn’t it. This was going-to-work hair, as in “I’m glad you’re worried about my hair; but I’m here to win this tournament. That is my statement.” And this is the norm. Right now, almost everyone in women’s tennis is dressed for work. The statement is “do not disturb.” But a disturbance of some kind is in order.

The men were all about statements in Paris. You could tell. Four times, Tsonga came a point away from the semifinals basically wearing a mohawk and a lot of complementary color. The man he almost eliminated? He was freshly sponsored by the Japanese budget clothier Uniqlo. Yes, Novak Djokovic, the world’s no. 1 player and winner of three of the last four major tournaments, now has an endorsement deal with the Ikea of fashion. It’s not a sexy pairing. I don’t even think it’s very cool. Uniqlo is fashionisti for “dress for less than even H&M.”

But if you’ve ever tried on a Uniqlo dress shirt and thought, “This is really how stuff from H&M should fit,” then you at least know that Djokovic isn’t out of his mind. He got to the top of the sport with an endorsement deal from Sergio Tacchini, the tenniswear brand started by a former player, and the fabrics and patterns he wore for it were appealingly obnoxious. With Tacchini, he was the perfect blend of villainy, comedy, and caddishness. You could simultaneously hate, love, and laugh at him. Uniqlo is a kind of practical plea to winnow that down to just “love.” A company spokeswoman told me there are plans to sell a line of Djokovic-inspired clothes, like his midnight-blue warmup jacket with the peppermint piping. Until then, try on that lightweight full-zip hoodie for $29.90 and think guiltily of how Roger Federer can’t quite top this guy.

If Tsonga is the most naturally stylish man on the men’s tour, Federer is becoming the most archly stylized. Poor Federer. He now seems to field as many questions about his longevity as Victoria Azarenka does about her shrieking. It’s been more than two years since he last won a major title, and people have begun, illegitimately, to wonder whether he’ll ever win another. So he’s acquired a defensive edginess, like when the Man of Steel revealed a dark side in Superman III. Is Federer supposed to believe that he’s too old to continue, that he has to step aside so that the Tsongas and Andy Murrays and Tomas Berdych can lose in a final instead of him? Of course not. But, in the quarterfinals, down a set and soon to lose a second to Juan Martin del Potro, Federer was edgy. Someone in the stands called an in-ball out before the point was over and Federer roared, “Shut up.” How Superman III.

It doesn’t help that Federer got to the semifinals wearing chalkboard black. Suggesting that these clothes determine his success in majors, where he’s still losing to the “right” people (Djokovic, Rafael Nadal, last year to Tsonga at Wimbledon), would be foolish. But if your memory of the powdery blue shirt he wore when he won the French in 2009 remains as strong as mine does, you might have seen the black Nike getup with its antifreeze accents and longed for the felicitous Federer as opposed to the one attired like a Decepticon for Prada. He’s stopped dressing for sympathy, which is both brave (he doesn’t need it) and crazy (why reject it?).

It’s impossible to conduct even a loose version of this conversation about the women. They’ve shut down the narrative. Until Saturday, the winners of the last five major tournaments before the French — Kim Clijsters, Li Na, Petra Kvitova, Samantha Stosur, and Azarenka — have conquered their respective events in pure athletic wear. Clijsters has been a star for a decade and has never cared for style. Azarenka hasn’t really found anything exciting to put on (stylistically, anyway). And Vika? Well, any more pastels and you could write lesson plans on Federer’s blackboard. But she’s at least amenable to the glamour that most of the tour’s rejected and that the men have eagerly embraced.

This lapse pretty much began around the time that Maria Sharapova began dropping in and out of the top 10 along with Ana Ivanovic and Venus and Serena Williams. Not even Serena dresses like Serena anymore. In last year’s U.S. Open final, she dominated the summer hard-court season in Hulk-smash green. Her first-round loss to Virginie Razzano at Roland Garros was a sports-world shock, but she’s ceded the style conversation to her older sister, who, this year, played in a white dress with Mondrian-y panels. It was the most inspired thing we would see on a woman, and it lasted only two rounds. Venus is the only star who understands that to play tennis in Paris wearing something less than interesting is at best an insult and at worst a crime.

Questions about the demise of Venus’s career are more appropriate than those directed at Federer (she’s almost 32 and battling an autoimmune disorder). But you always feel that if Venus lasts in a major tournament, we’ll at least have something other than noise complaints to discuss. Not everything she wears works. But that’s fashion. She’s a risk taker, and there’s some wit in her wardrobe, some influence away from the court. Even so, she and Serena have created monsters. We have only them to blame for Kuznetsova’s cornrows and the eye black and Elton John-y costumes of Bethanie Mattek-Sands, like the puffed white jacket studded with sliced tennis balls that she wore at last year’s Wimbledon. But a horror show can still give you chills. It will never put you to sleep. Now we’ve entered an age of sartorial tumbleweed. It makes you desperate to see a woman play in denim or knee-highs or in, heaven forbid, a beautifully tailored, perfectly constructed, forward-thinking piece of clothing — to see a little fashion.

That’s why it’s so nice to have Sharapova back at the top, where I hope she’ll stay for a spell and get some steady, competitive company from Azarenka, Stosur, or Li Na. Sharapova is built like a generic runway model, and her preference for playing in cocktail dresses can be boring. Compared to Nadal, who won the tournament in a technological amazement (a Nike shirt that was about a dozen shades of berry sorbet at the same time), there’s not much adventure in what Sharapova wears, but it’s always more than just something. She likes good clothes. Sharapova won the French Open without much trouble and did so in a black dress, which she wore to the court with a black tuxedo jacket that, once it was sprayed with champagne, made her look smart, calculating, and fun. The jacket could hold its liquor.