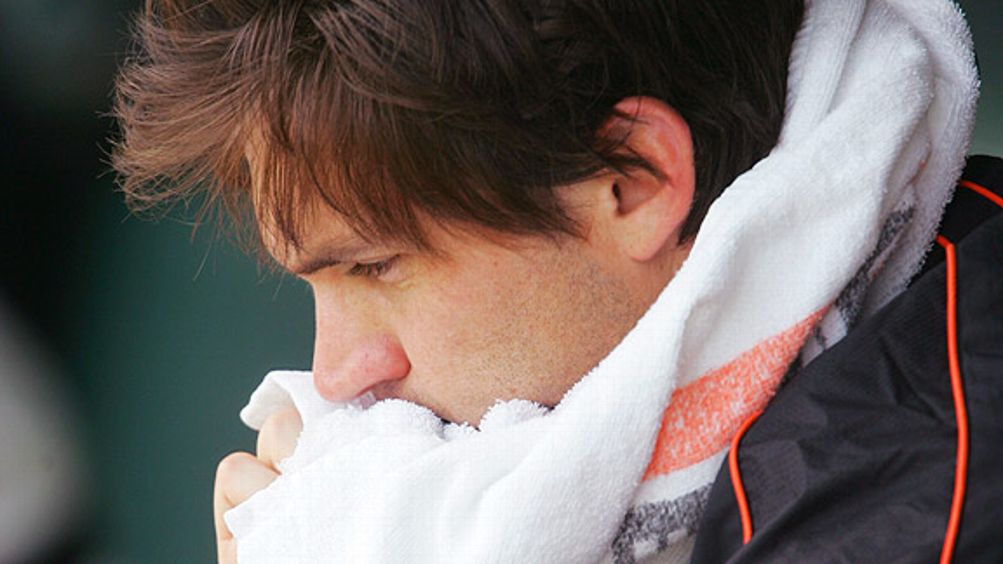 The computer — kept in a windowless, climate-controlled room — holds a database that keeps strict account of every pitch thrown in the major leagues since 1971. When Boras prepares to make the case for one of his clients to earn many millions of dollars for playing baseball, he asks his staff to mine that database for corroborating evidence. Boras is well in tune with the needs of the modern game, with its statistical obsessions, with its quantification of all things. For him, as it is for his computer, baseball is just a numbers game.

In the winter of 2006, Boras prepared to shop Zito, then the left-handed ace for the Oakland A’s. Zito had recently left his longtime agent, Arn Tellem, to move across to Boras; it was a reversal of the move Zito had made in 2001, when he had chosen Arn — and Art — over Commerce. But now it was time for business, and Zito, uncharacteristically,1 had chosen to slip back inside the battleship.

After Boras had completed his statistical analysis of Zito’s career — including projections for how the rest of his time in baseball would play out, ending eventually, inevitably, with a plaque in Cooperstown — he summoned his client into his War Room. (There was actually a sign outside the door that read WAR ROOM.) On a white screen at the front of the room, Boras made his presentation to Zito, the same one he would later make to a select list of baseball’s money teams. Rows and rows of numbers danced on the wall.

“They definitely heightened my expectations of myself,” Zito told me not long after, remembering that afternoon in Newport Beach. “I was actually kind of aroused.”

Boras then had those numbers printed out on crisp white paper and tucked inside blue binders. Each of them was stamped with silver foil: BARRY ZITO, FREE AGENT PRESENTATION. That binder eventually won Boras and Zito a seven-year, $126 million contract from the San Francisco Giants, then the largest ever for a pitcher. But on that afternoon it was just a binder, science’s rigid attempt to define the abstract. Boras gave one of them to Zito, who took it back to his house in Hollywood. He put that binder on his kitchen counter and left it sitting out as a reminder of the things that he had done and the things that he would do.

Barry Zito is a believer in totems. In those days, he had a replica of Reggie White’s Green Bay Packers jersey draped over the back of his couch for inspiration. He had a shrine built to Sandy Koufax in his bedroom, near his own Cy Young Award from 2002. A portrait of Carlos Santana was on the wall nearby. And now there was this blue binder sitting on his kitchen counter.

I first met Barry back in 2000, when he was just a young kid who still carried his stuffed animals with him on the road. He had a reputation for strangeness as well as for a curveball that defied description. It was this perfect, beautiful, singular thing, and people who saw it sometimes fell in love with it and the man who threw it. I was one of those people.

Because Barry sometimes went out for breakfast with people he didn’t know, we went out for breakfast one morning in Toronto. He was a bright, buoyant force of nature. Barry had received many gifts from his father, Joe, a musician and composer, but the biggest gift he had received was belief. A couple of years after my breakfast with Barry, I met Joe, in Phoenix, during spring training. This was how Joe explained the family philosophy:

“Baseball is not a game of chance. Nothing is left to chance. If you create the psychological state, it will become a physical fact. Whatever you see in the visible world, it started in the invisible world, in the mind. The universe took care of the rest.”

Joe explained the idea in musical terms, because music was what he knew best: How else could you explain those almost mystical moments of inspiration, those midnight revelations, when a man might wake up with a start and sit down at his piano and just feel the music pour out of him, perfect, crystalline, as though he were playing a song that had already been written?

And in Joe’s mind, in Barry’s mind, baseball — or at least pitching — was the same sort of Spiritual Art.

Barry was at his best when he was blank, less a man and more a vessel. He had written a reminder inside his cap: LET IT DO THE WORK THROUGH ME. Those words were pressed against his forehead every time he took the mound. Barry could make himself better than he might have been given the power of his own belief, but ultimately he was just an instrument to be played. So long as he remembered that much about himself — so long as he felt his way through his life rather than plotting it, rather than thinking his way through it — he could be transcendent.

Only once had Barry’s faith in himself and the planets and the stars been tested: He began the 2001 season badly, managing a record of only 6-7 through late July. “He forgot who he was and how the universe operates,” was Joe’s explanation. Father and son locked themselves away for four days. They read to each other; they talked to each other; they listened to music; and they marveled again at those nights when the songs came pouring out.

“It’s really hard to be consciously unconscious,” Barry said. “But that’s what you have to be.”

Today, Barry Zito is back on the disabled list with a strained right foot. Although that same foot sidelined him earlier this season, it seems more like an injury of convenience this time around. After Zito lost 9-0 to the Cincinnati Reds on Sunday — the latest sad episode in more than four frustrating seasons — there was open speculation about his future with the Giants, for whom he has never had a winning season, and has never posted an ERA that started with any number lower than four.

His immediate future almost certainly wouldn’t include any more starts, Cincinnati made that much clear. Maybe Zito would get shuffled into the bullpen. Maybe the team would ask him to spend a month in the minors. Maybe — just maybe — he would be released, and the Giants would swallow the loss of more than $50 million.

Or maybe they could just blame that pesky foot for his woes, and buy themselves a little more time.

But there isn’t enough time in the universe to fix the damage that’s been done.

The hard, complicated truth is Scott Boras is very good at his job. Inside that binder was a compelling case, page after page of something like miracles. “When the Oakland A’s score three or more runs for him, Barry’s record is 93-11.” Over his first six seasons, he was as good or better than a young Greg Maddux in nearly every category that mattered.2 If Zito only remained what he had been — no better, no worse — Boras had projected that he would have more starts than Eppa Rixey, more innings pitched than Lefty Grove, more strikeouts than Warren Spahn. He would have more everything than his beloved Sandy Koufax, given his injury-shortened career. Zito never got hurt. He never got blown up. He was a lock.

Except — there were things about Barry Zito that defied measure. Numbers couldn’t explain everything about him. They could explain nothing about him, in fact.

Zito had a very specific memory of seeing the terms of his contract for the first time. He was having dinner with a friend at a Japanese restaurant when Boras sent him a short, historic, record-breaking text: 7/126.

“I ordered a lot more sake,” Zito remembered. “I started to hang, bro.”

Instead, in the coming days and months and years, all that weight, all that expectation, all that godforsaken math, it pushed Barry — Barry, not Zito — off his delicate and particular balance. Those numbers meant that he would never again be consciously unconscious. He would never again be able to feel his way through his life; now he could only calculate the value of it, when all people ever had to do was watch him throw his curveball and they would know exactly what he was worth.

That’s the real tragedy of Barry Zito. It’s not that he was reduced to a mathematical proof in the winter of 2006. It’s that in the summer of 2011, he has become one: Sometimes the sum of faith and belief and love still isn’t nearly enough.

Previously from Chris Jones:
The Art of the Body Shot
The Lost Magic of Bartolo Colon
Ayrton Senna and the Sports Documentary of the Year
The Sad State of the Blue Jays