Alabama’s Run Offense — Simple and Deadly, But Is It Good Enough to Beat LSU? 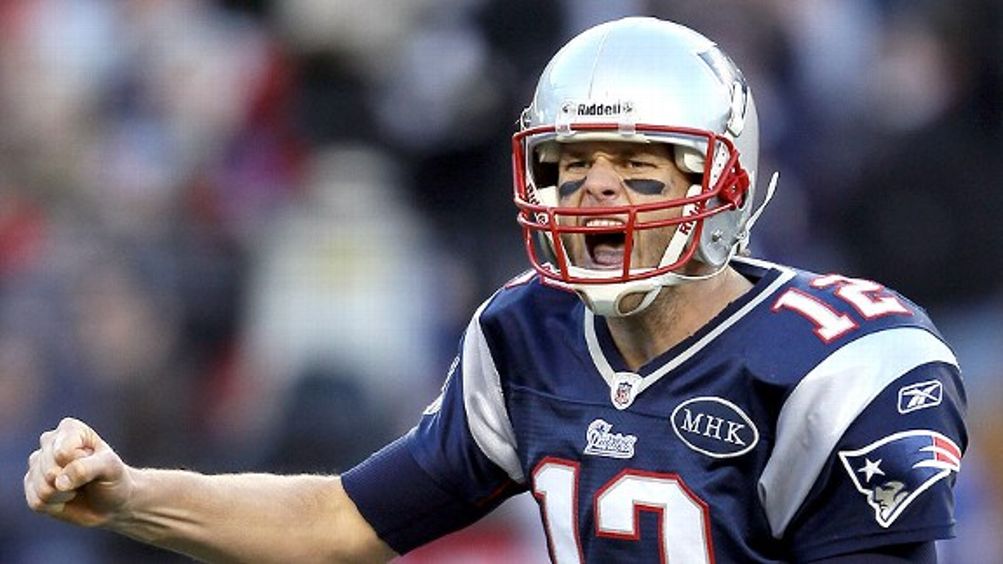 The Return of the All-Football Mailbag!

“I wasn’t planning on writing another all-NFL playoff mailbag until Nate in Phoenix sent me the following e-mail:

“‘Congrats on your great start in your eternal quest to go 11-0 against the spread in the playoffs. Of course, last weekend’s success now means that you’ll have to do a second straight all-NFL mailbag. Don’t upset the applecart. You have been repeatedly warned.’

“If the sport of football ever dies, it will die from the outside in. It won’t be undone by a labor lockout or a broken business model — football owners know how to make money. Instead, the death will start with those furthest from the paychecks, the unpaid high school athletes playing on Friday nights. It will begin with nervous parents reading about brain trauma, with doctors warning about the physics of soft tissue smashing into hard bone, with coaches forced to bench stars for an entire season because of a single concussion. The stadiums will still be full on Sunday, the professionals will still play, the profits will continue. But the sport will be sick.

“The sickness will be rooted in football’s tragic flaw, which is that it inflicts concussions on its players with devastating frequency. Although estimates vary, several studies suggest that up to 15 percent of football players suffer a mild traumatic brain injury during the season. (The odds are significantly worse for student athletes — the Centers for Disease Control and Prevention estimates that nearly 2 million brain injuries are suffered by teenage players every year.) In fact, the chances of getting a concussion while playing high school football are approximately three times higher than the second most dangerous sport, which is girls’ soccer. While such head injuries have long been ignored — until recently, players were resuscitated with smelling salts so they could re-enter the game — it’s now clear that these blows have lasting consequences.”

The Least Cared-About Show on Television

“No, the problem with the particular TV show I’m (reluctantly) talking about is that I can almost guarantee that you don’t care about it. It’s not just that the show has low ratings (though it does) or that no media outlet (that I can find anyway) is currently recapping it on a weekly basis. There’s a wealth of data — some scientific and some anecdotal — suggesting this show might be the least cared-about program in all of television. (At least among shows with a reasonable expectation of being cared about.) This is obviously an arguable assertion, but I’m confident that I can confirm it with one simple question.

A game-by-game breakdown of this weekend’s NFL playoff action.

A Fate Worse Than Death: Wizards-Raptors

“Almost two decades ago, on one of The Simpsons‘ early Halloween specials, Homer was sent to Hell, where a blue demon in the ‘Ironic Punishments Division’ forced him to eat all the doughnuts in the world. The joke was that Homer happily finished them, but the concept has always frightened me. To have whatever is dearest to you — a food, a pastime, or, presumably, your loved ones — turned sour and used to torment you would be a fate worse than death.

“Well, NBA fans in certain cities face this soul-crushing fate a few times a week. If you live in Milwaukee or New Orleans or Sacramento or any of a dozen other North American cities, you live in one rung or another of NBA hell. It’s not so bad on nights when you can flip to a nationally televised game and catch a glimpse of Derrick Rose darting through the middle of a double team or James Harden leading the break. But on nights when it’s just you, trying to make it through the third quarter of Bucks/Pistons, that’s when the despair creeps in.

“At Grantland, we decided to watch some of these games along with you. It’s not because we want to mock bad teams and their fan bases. It’s about sharing the pain and finding slivers of joy in otherwise ugly basketball. Of course, we’re going to make fun of Nate Robinson’s shot selection, Boris Diaw’s postpartum weight gain, and Hasheem Thabeet’s everything. In hoops as in life, laughter is a release valve — how else to deal with a player like Andray Blatche? And we won’t just parachute in for the bloopers. We’ll still be watching when Nate rises for a momentum-swinging tip dunk, when Boris drops 30 on the Knicks, and when Hasheem figures out which side of the court is offense and which is defense. And we’ll feel the same iota of satisfaction that you will; we’ll see the same light at the end of the tunnel.”

“I have always been intrigued by the art and/or consumer science of festival flyer design. The festival flyer is not just a one-dimensional announcement simply announcing, ‘These bands are playing our music festival.’ It is an important marketing tool to brand the festival experience and display artistic diversity across the festival lineup. As genres like ‘indie’ and ‘electro’ begin to fractal into chillwave, dubstep, and other made-up words, having a wide range of names that are strategically positioned on a flyer can change the entire consumer perception of a festival. Even if all of the wristbands are going to sell out no matter what.

“One day we’ll look back at festival flyers like they are important historical artifacts that represent the intersection of music and culture. Just kidding — old flyers will just be forgotten .jpg files, chilling in internet eternity in the same digital graveyard as MySpace profiles. It is more important to analyze a new flyer when it is released in order to try to understand the current hierarchy of buzz.

“I have decided to break down this year’s Coachella flyer to try to understand the purpose of each tier of artists. The flyer is broken down into three days, and on each day, there are seven lines, except on Saturday where there are eight lines (but the bottom two lines on Saturday appear to be the same size).”

“Poor Toney Douglas. In the middle of last season, the Knicks were looking to acquire a backup point guard to ensure the diminutive reserve wouldn’t ever have any distribution duties. Six months later, he was asked to orchestrate the offense for a team with championship aspirations. To the surprise of far too many people, Douglas has failed spectacularly in a role he has repeatedly proven unfit to hold. Shocking.

“Through Monday night, Douglas’ field goal percentage was a paltry 32 percent and trending downward (he’s scored one solitary bucket in the last three games combined). Beyond those ugly numbers, he has appeared uninterested in penetrating the lane, running pick-and-rolls or finding exploitable mismatches. The crowd in the Garden turned on Douglas last week, seething at his sorry showings and chanting for Iman Shumpert, the exuberant rookie from Georgia Tech. Even now, after being relegated to the bench, Douglas’ appearance at the scorer’s table draws jeers and groans. Not fair. You can’t ask a butcher to perform optical surgery and then get cranky when he sinks a meat cleaver into your retina.”

“Editor’s Note: Welcome to our series, Rembert Explains the ’80s. Every so often, we’ll e-mail 24-year-old Rembert Browne a video from the 1980s that he hasn’t seen. Rembert will write down his thoughts as he’s watching it, then we’ll post those thoughts here. This week’s installment was selected by our fresh-faced Hollywood Prospectus editor, Mark Lisanti: Double Dare (1988 Episode). If you have an idea for a future episode of Rembert Explains the ’80s, e-mail us at hollywood@grantland.com.

“Rembert Note: Before opening the link, I’m assuming Lisanti will come with the heat on his first try. If it’s Purple Rain in its entirety, I will flip, and then cancel all my plans for the next two weeks.

“It got so bad that I spent about 15 minutes trying to plot what would happen if the bespectacled marine biologist were a team in the SEC West. Assume he’d lose in, say, six overtimes at Baton Rouge. That would make him the favorite against Auburn and the Mississippis, right? Even playing every position on both sides of the ball simultaneously and not being in shape or having a helmet or pads, he couldn’t produce a worse game plan than Les Miles and Greg Studrawa did Monday night in Alabama’s 21-0 win over LSU. Honestly, I think he’d have a shot at the conference title game if he could squeak out the win over Arkansas.”

“It is not a stretch to say that this was the darkest and most unpalatable season in college football history, and it is not a stretch to say that we are in the midst of an era of transition, what with the possibility of a plus-one game on the horizon and the notion of euthanizing the BCS actually gaining momentum. Of course, perhaps that’s all wishful thinking on my part, and perhaps college football is hopelessly screwed. Perhaps this hopey-changey optimism makes me more Les Miles than Nick Saban, more dreamer than pragmatist. But then, this is Saban’s gift: He drags us all back down to earth. Amid the chaos of this fall, the questions about the system and the rematch and the urge to mythologize coaches and the fundamental premise of college sports, Alabama’s coach remained imperturbable. Other teams rang up so many points against each other that it veered on pornography. Saban adhered to his own process, measured and cautious; he lost when it didn’t matter, and won when it did, and he did so with five field goals and one garbage-time touchdown. You may not like him, but you have to respect that, in a sport driven by misplaced emotion, the man always knows when to carry an umbrella. He will be remembered as the greatest coach of this era because he won a number of big games in the sort of methodical fashion that makes them very easy to forget. And maybe, when you think about it, the only way to end this season was with a frustrating anticlimax.”