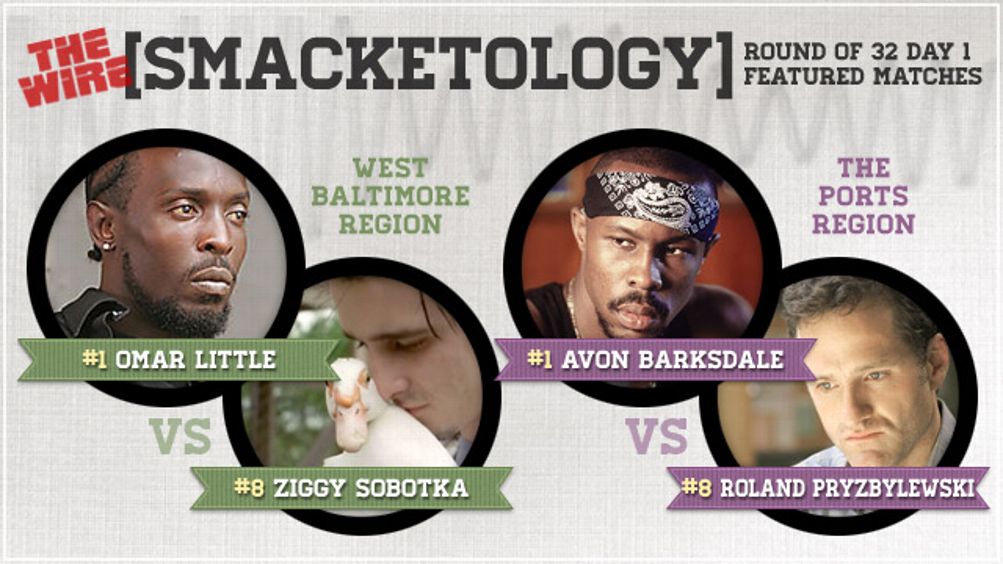 Did we mention that our esteemed editor-in-chief hung out with President Obama last week? Because that totally happened. Just two regular guys, discussing Linsanity, Blake Griffin’s jump shot, what it’s like to pitch a baseball while wearing a bulletproof vest, and — as the conversation wound down — The Wire. Asked to name the greatest Wire character of all time (let it never be said that Grantland does not ask the tough questions!), the Commander in Chief didn’t hesitate: “It’s gotta be Omar, right? I mean, that guy is unbelievable, right?”

Oh, indeed, Mr. President. Over the course of five seasons, The Wire populated its fictionalized Baltimore with more indelible, vibrantly flawed characters than any TV metropolis this side of Springfield (which also had its share of cynical cops, dirty politicians, and lovable substance-abusers). And yet, even in that context, it’s hard to argue that Omar Little — the proudly gay, profanity-averse, Honey Nut Cheerios-loving trap house stickup man played by Michael K. Williams — doesn’t still stand alone, like the cheese. (Word to Cheese.) If The Wire were the X-Men, Omar would be Wolverine; if The Wire were M.O.P.’s recorded output, he’d be “Ante Up (Robbin Hoodz Theory).” To paraphrase the President, if you were to rank the show’s characters in a March Madness-style bracket, “He’s got to be the no. 1 seed.” 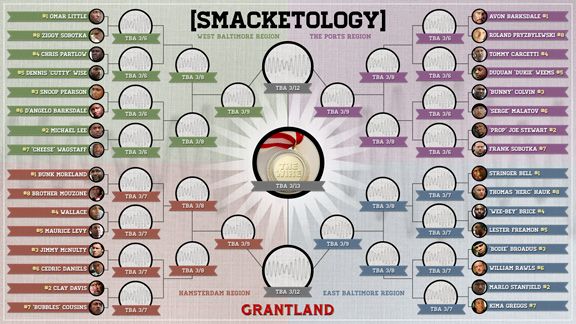 This gave us an idea. What if we actually did subject the key players of the Wire-verse to rigorous bracketological inquiry? If we played corner boys against dock workers, murder-polices against hoppers, and craven politicos against enigmatic not-actually-Greek human traffickers, in matchups as arbitrary and occasionally unjust as life and death on the mean streets of West Baltimore, would the king stay the king?

This week, we’re going to find out. And we’re probably also going to make David Simon mad, again. Behold: Grantland’s first-ever TV bracket. Thirty-two characters. Six days. We let Fox Sports columnist Jason Whitlock vote, because that dude likes The Wire more than Simon likes wearing a Kangol to keep his head from exploding when he thinks about U.S. drug-control policy. And we let the President play, too, because this is America, man.

The tournament begins right now, on Grantland’s Facebook page. In the words of Stringer Bell, “Get on with it, motherfucker.”