The Long Fall of the Jaguars 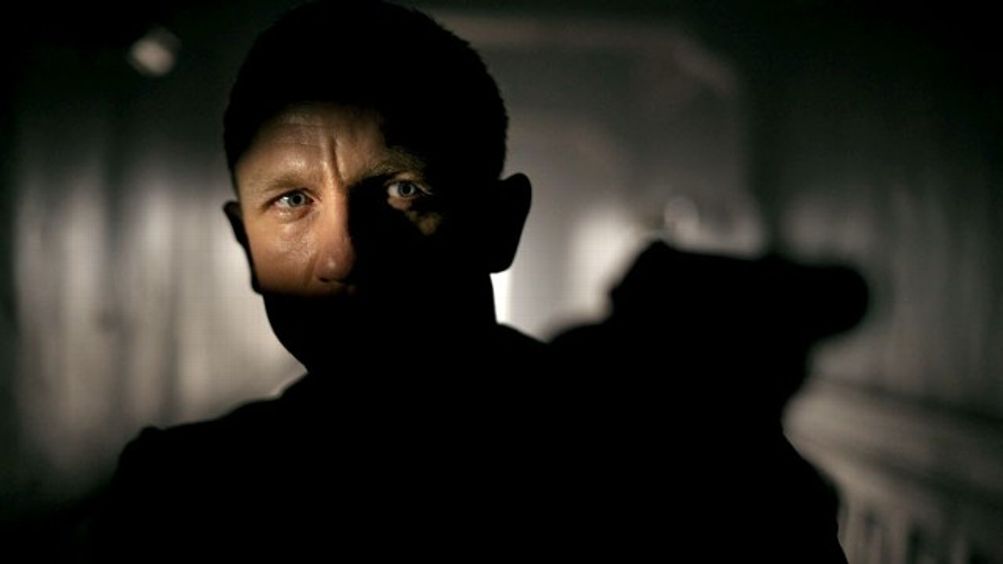 There is a moment in the new Skyfall when Daniel Craig’s James Bond rips the tarp off an old Aston Martin DB5, gestures significantly at it, and to his companion’s befuddled question — “Where are we going?” — declares: “Back in time, where we have an advantage.” So I am not using any of my highly specialized film critic skills when I tell you that Skyfall is a movie about the End of Empire, in the same way that Craig’s first Bond film, Casino Royale, was about How Bond Learned to Never Give His Heart to a Woman, and his second, Quantum of Solace, was about How Bond Became a Remorseless Sex and Death Machine. 2012 marks the 50th year of the Bond franchise, but plotwise, we are firmly in the origin period: We’ve learned more about who Bond is as a person in the last three films than we have in the 20 prior.

In Skyfall, the unmistakable signs of nostalgia, decay, and obsolescence are everywhere. Bond and Q (played here by Ben Whishaw, channeling late-’90s emo in a delightful zip-up cardigan) sit quietly in London’s National Gallery and contemplate J.M.W. Turner’s The Fighting Temeraire, which depicts, in the words of Q, “a grand old warship being ignominiously hauled away for scrap.” Alfred Tennyson’s “Ulysses” is quoted, at length, by an actual Commander of the Order of the British Empire, Dame Judi Dench. Both MI6 and an old Scottish manor house on a misty, King Arthurian moor are not just symbolically but literally set on fire. When Javier Bardem’s superlative villain, Raoul Silva, taunts Bond as being outmoded — “Held together by your pills and your drink,” he sneers — Bond responds in kind: “Don’t forget my love of country.”

This Bond, incidentally, is a physical and mental wreck: Skyfall begins with Bond tumbling from a train, off a bridge, and down a waterfall to his presumed death. When he returns from the grave — dramatized by first-time Bond director Sam Mendes, taking a break from plastic-bagging the American Dream in Revolutionary Road and American Beauty to shred the enduring illusions of his native country instead — Bond arrives at MI6 in time to read his own obituary. He then proceeds to fail every agent-fitness test set for him, including the shooting trial. Picture that: a Bond so impotent he can’t shoot straight.

These are all heresies against the character, of course: A more typical Bond failure, in his golden years, might’ve had 007 pleasuring only two women when he hoped to pleasure three. But all of Daniel Craig’s Bond films have gone out of their way to normalize the character, to make him human, even fallible, to hit him where we think of him as most strong (e.g., in the balls, with a knotted rope, as in Casino Royale, which makes an actual plot point of whether or not Bond’s battered apparatus will ever rise again). The Craig Bonds — very much including Skyfall, and very much excluding the writer’s strike-marred and partially Craig-written Quantum of Solace — have been remarkable in part because of their subtle betrayal of their own main character’s basic nature, with this newest one being the ultimate betrayal. Until they go back in time,1 where Bond has an advantage, anyway.

There is something about the crazy immorality of the old Bond that I miss. Not the movies themselves, exactly. When it comes to spectacularly motivationless characters doing cruel and tasteless things, I prefer Keeping Up With the Kardashians to Octopussy. The new Bond is a psychologically complex man; he struggles with love and loss like the rest of us. When you cut him, he bleeds; even when you honey-trap him, he tries to save you from your watery death-cage. The old Bond was a psychopath, a killer, a celebration of empire but a critique of it too: He strode from place to place taking what he wanted, leaving a bloody, multihued pile of Loyal Native Companion corpses in his easy wake.

If Bond didn’t have to be right, or good, then he could pretty much do anything, and the Bond series was for a long time an exercise in inventing more and more ridiculous things for him to do. Might a plot hinge on a dead circus clown clutching a Fabergé egg? Could Bond perhaps stow away on an interstellar space shuttle populated by the genetically perfect Aryan seeds of a new master race? How about blimp-fighting? In the old Bond movies, everyone was a chess virtuoso or a former carnie or an improbably skilled backgammon player. Women were named Holly Goodhead, Pussy Galore, Honey Ryder. Watching early Bond films, you are acutely aware that they were made in an era that predated the easy availability of pornography: The women are astonishingly beautiful, sadistically underdressed, and filmed in a kind of leering, POV-gonzo style that well predates the invention of actual POV-gonzo porn.

When it comes to spectacularly motivationless characters doing cruel and tasteless things, I prefer Keeping Up With the Kardashians to Octopussy. But the new Bond is a psychologically complex man.

Bond is unfailingly described as charming, charismatic, and debonair, but in an important sense he was our longest-running and most prominent villain, and more interesting for it. To take a contemporary example almost at random, think of Flight, a movie about a fascinatingly deviant character — Denzel Washington’s Whip Whitaker is an addict, a liar, a degenerate — that can’t help but discipline that character in the end. After proving himself to be so charismatically demonic, Whitaker is forced to repent his sins and embrace the human bonds he’s scorned throughout the rest of the movie. Even the famously pessimistic Dark Knight Rises, which supposedly embodied the trend of dark and interior blockbusters of which Skyfall is a prime example, hinges on the crucial moral redemption of one character at the expense of another.

The drama of modern movies tends to be about the struggle of flawed men to be good. But James Bond wasn’t good. His by-any-means-necessary code provided screenwriters and directors and actors with an infinite field of possibility. The Bond franchise was among the very few to place competence over morals, ends over means. Bond’s love of country provided a way of orienting a character in the world that didn’t revolve around him being inherently good or evil. And most of the time — judging by the body count, the discarded women, the wanton and enthusiastic mistreatment of native peoples the world over — he was a lot closer to evil than he was to the other thing.

I don’t want to get into an Odd Future–esque argument in defense of art that doesn’t subscribe to the same codes to which we as responsible humans in the world should probably subscribe. For whatever reason I prefer my fictional characters unredeemed — probably because I come from a privileged enough place that my interest in the unredeemed world is mostly vicarious, rather than bruisingly personal. And so that was always Bond’s ultimate thrill for me: not the women or the cars or exquisitely tailored suits, but the easy sense of purpose coupled with a breezy amorality when it came to achieving that purpose.

The Daniel Craig Bond movies, Skyfall in particular, have been great and fascinating precisely because they have questioned and attacked that sense of purpose and the bad behavior it once permitted. For the first time, they’re asking what to make of Bond the person rather than Bond the imperial fantasy. It’s made for better movies (here seems as good a time as any to admit that Casino Royale is my favorite Bond, and Skyfall is not far behind it). But that doesn’t keep me from mourning the fact that Bond, like the rest of our contemporary superheroes, has become so winded and anguished and boringly responsible. To see that particular wretched creature, I need only look in the mirror.

Director Sam Mendes has described his concept for Skyfall as “taking the new, tougher Bond — the realer Bond, who has much more of an inner world — and bringing back some of the things that could reconnect me to my inner 13-year-old.” So there are the now-customary winking gestures at the Bond-savvy viewer — after Whishaw’s Q presents Bond with nothing more than a gun and a radio, he notes the disappointment on his agent’s face. “Were you expecting an exploding pen? We don’t really go in for that anymore.”

But there are also intimations of the earlier, more blithely sincere era of the franchise. Bardem’s Silva, for one, looks to be wearing a shaggy blond Nic Cage weave and casually propositions Bond, in the old Bill Haydon way, when they first meet. Silva has his lair on a foggy deserted island, maintains an army of henchmen there, and seems blissfully unaware of the existence of No Limit Texas Hold’em — he’s a throwback, in other words, despite the fact that he’s a freelancer who hacks computers for a living. In Bardem’s overqualified hands, Silva is the most vivid and idiosyncratic Bond villain in decades.

There is also a komodo dragon pit, and Ralph Fiennes in suspenders, and a Straw Dogs–reminiscent finale that ranks with the best and most exquisitely shot sequences in the series. Mendes, not exactly known for his light touch, somehow finds one here. His Bond seems wryly entertained by the flaming collapse of all the moribund organizations and pieties that once sustained him — liberated, even, like a man who doesn’t totally mind watching the world burn. Here’s hoping that in the next one he goes full nihilist, more Joker than Batman.