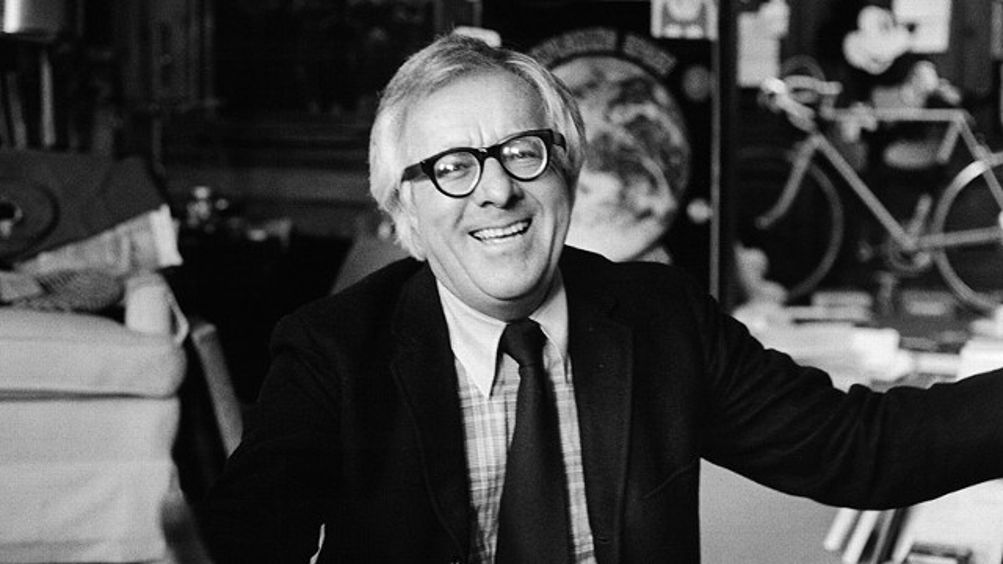 When Ray Bradbury died, I was left with an overcast day in the empty parking lot of a strip club in North Miami. King of Diamonds doesn’t keep lunch hours, not even with buffet busters like Rick Ross among its clientele. For consolation I texted a member of the Miami bass outfit the Gucci Crew — he owns the place — to see if he’d come by and sign my “Dating Game” 12-inch. I wanted to talk to him about North Miami’s first black roller-skating rink and the difference between “Gucci Bass” and generic fake-wallet Bass. I was also hoping Disco Rick Taylor, at some point, had a summer nightmare about the Dust Witch from Bradbury’s Something Wicked This Way Comes. She was a deft balloonist, that Dust Witch, hissing through the trees, her mouth sealed shut with baseball stitching.

I’d arrived in Miami amid the zombie basketball freak-out. A reporter for the Herald joked about how many faces he’d have to eat for a ticket to a Heat game. During my second night, I missed the Venus transit between the sun and Earth because I was in my hotel room accidentally watching Waterworld on mute. Bradbury of course spent a little time on Venus, once shutting a girl (Margot) inside a closet so she’d miss the once-in-a-septennial opportunity to see the sun. (A downer classic, Bradbury’s “All Summer in a Day” proved the existence of spiteful shithead kids on Venus.) Had Margot of Venus been with me in Miami, she could’ve caught the sun and all kinds of hell for rooting for the Celtics.

I received a fragment of “All Summer in a Day” — by e-mail — while in the King of Diamonds parking lot. Bradbury, a chronic book huffer (literally, he smelled books) since childhood, might have been bummed. But sometimes, in the absence of cars, subwoofers, and libraries, you have to make do. The club’s paved wasteland was in an apocalyptic lull, with rows of vacant parking spaces, diagonal fish skeletons, stretching interminably. Often in another world of its own, Miami may as well be Mars. Something’s got to be Mars, anyway. Bradbury already nuked the red planet and turned it into a parking lot in his story “August 2026: There Will Come Soft Rains.” Mars, it turned out, wasn’t so unearthly after all. The topless squid ladies Bradbury witnessed at the 1939 World’s Fair looked more Martian than his Martians.

Bradbury hit the world’s fair hard. That summer of ’39, he had already attended the first annual meeting of the World Science Fiction Convention, where he met writers Robert Heinlein, Isaac Asimov, and a man who drew giant ants. In Flushing Meadows, the teenaged Bradbury nerd-quested with his pal Forrest J Ackerman, to see if the Perisphere squared with their imaginations. Apparently, Bradbury, a blond loudmouth in glasses, would just run you over with his enthusiasm for science fiction. Ackerman,1 who coined the term sci-fi2 and later starred in films like Curse of the Queerwolf, made a good wingman.

Bradbury appreciated the abundant beauty of the darkness under our noses, our parents’ noses, our houses and beds, and in backyards, carnivals, cupolas, and closets. In “The Great Wide World Over There,” the mailbox becomes a thing of wonder and despair while the future arrives in the form of its own absence. An illiterate woman lives for her visiting nephew to teach her to read and write. Instead they spend all summer ordering from the back of a dime magazine with “an undressed lady screaming away from a green monster” on the cover. Her mailbox balloons. A Power Plus muscle chart, Magic List Numbers, a Correspondence Course in Sanitary Engineering, Giant Sunflower seeds, Flea Killer samples, a “free Sealed Book all about the Knowledge that had been damned to oblivion.” Bradbury, who’d later write a script about a mail-order Electric Grandmother, reveled in the poetry of cheap low-brow pulp. But summer ends, nephew leaves, and Cora Gibbs still can’t decipher her own mail. “All the world and all the people and all the happenings, and me not knowing.” What could be a cautionary Facebook tale may have been vengeance on a generation that tossed out all the monster magazines after their sons went to war. Too blind for the trenches, Bradbury would man his typewriter on the home front, happy to rot the brains of future soldiers and subscribers. Improvements on the imagination may have been the most significant postwar advancement.

After Bradbury passed, my mother heard him on the radio talking fear of stairs. She would claim she didn’t have time for Weird Tales because she was busy being stalked by a three-legged hamster. During the summer of 1947, her hamster’s foot rotted off after getting stuck in the cage wiring. Yet the creature (“Hammy”) would hobble on, sometimes freeing itself. She remembers hearing it tapping around in the hallway at night. Childhood is a good source for fantasy and nightmares because children haven’t had much reality to work with.

Though I did not grow up on Bradbury, I was once accused by neighbors of “signaling the Martians.” (Flickering the lamppost seemed like the best way to communicate with fireflies.) I originally encountered him on TV, in Truffaut’s adaptation of Fahrenheit 451. I hadn’t read the book, but the idea of Julie Christie in duplicate was comparable to a dust witch balloon attack on a summer night.3

Ray Bradbury knew his way around summer. By checking out in early June, he left us another season to process a lifetime of nostalgia. To a California paperboy on roller skates, who spent those three months hiding in libraries, reading whatever he wanted, the end of summer could’ve been the end of the world.

In 1977, the Radiophonic Workshop — the sound effects unit for the BBC — decided the end would take place in the last automated house on Mars after a nuclear holocaust. But they were faced with an even bigger challenge. How do you create the sound of a radioactive dog driven insane by the smell of robots fixing a pancake breakfast? Adapting “There Will Come Soft Rains” for radio, producer Malcolm Clarke,4 found the solution. He’d use a couch-sized synthesizer to have the dog whirling after its tail, increasing the velocity until it disappeared, “right up its own asshole,” some 50 years into the future.

The next step was creating the sound of a house losing its mind after talking to itself all day, serving meals to occupants whose silhouettes had been carbon-fried into its eastern flank. The best way was every chore, all at once. Mowing the grass, making breakfast “at a psychopathic rate,” chucking umbrellas out of the closet, chanting “rain rain go away,” reading Tennyson (“answer, echoes, dying”), singing “Daisy Bell,” the theme of HAL’s lobotomy, but in an unbearable nosebleed pitch. The roof is on fire. The house is basically multitasking itself to death. At the end of the broadcast, the voice of the day after, the daily minder, slowly dissipates into white noise. Malcolm Clarke called it the demise of intelligence, information.

You can download the BBC’s recording right here. Spend your afternoon podcast inside the last house on Mars. It’s not going to be here forever.

Dave Tompkins’s first book, How to Wreck a Nice Beach: The Vocoder From World War II to Hip-Hop, is now out in paperback on StopSmiling/Melville House. Born in North Carolina, he currently lives in Brooklyn. Dave would like to thank Kris Rios for his help with this story.