A (Not So) Brief Conversation About the Alien Franchise

The Endless Summer of Ray Bradbury 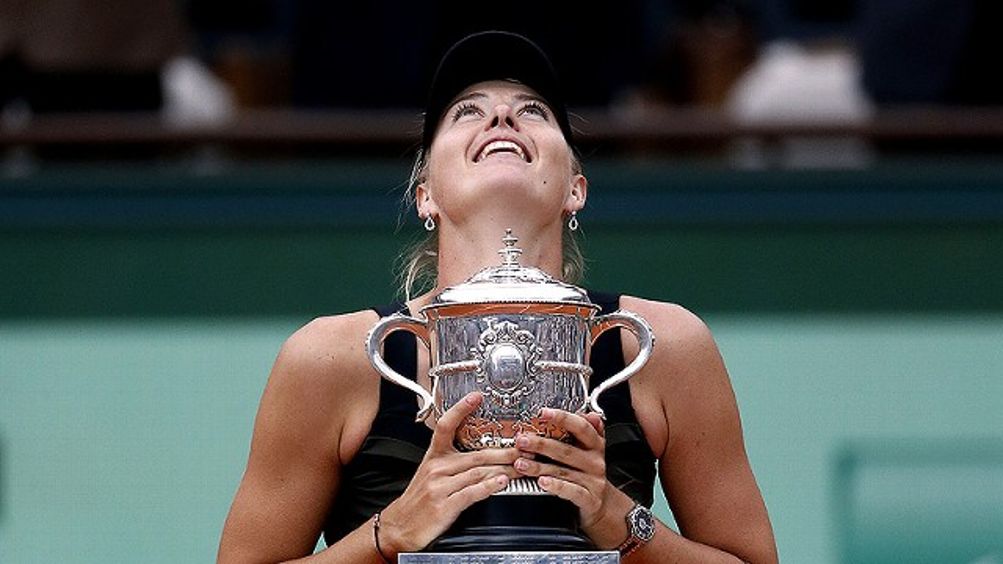 Maria Sharapova has been called a bitch. She has been called a fighter, a consummate competitor, and cold-blooded. Yet no one gives more gracious on-court interviews, win or lose. It’s taken for granted that her competitive drive motivates her, but she describes her desire to play as “love.” When she was injured, she said after winning the French Open, “I could have said, ‘I don’t need this. I have money; I have fame; I have victories; I have Grand Slams.’ But when your love for something is bigger than all those things, you continue to keep getting up in the morning when it’s freezing outside, when you know that it can be the most difficult day, when nothing is working, when you feel like the belief sometimes isn’t there from the outside world, and you seem so small.” Maria Sharapova seems so small? Sharapova may be one of the most well-known people in the world, but sometimes I wonder if we know her at all.

It’s not true that Sharapova is always confident, or always believes in herself. Her play can be streaky, nervy; she looks to the player’s box with fear sometimes. Despite her reputation of playing well under pressure, she has lost in the finals in two of the four last slams. She has failed to rise to the biggest moments, losing badly to less experienced opponents. I thought she would beat Petra Kvitova at Wimbledon for the championship last year, but she was soundly thumped. I thought she would play competitively against Victoria Azarenka in the finals of the Australian Open, but she was crushed. I don’t want to think about her third-round loss to Flavia Pennetta at the 2011 U.S. Open. At the French Open, she was nearly knocked out during the fourth round. On a windy day that pushed her service toss this way and that, she literally stumbled against the unseeded Klara Zakopalova, hitting 53 unforced errors, once falling on her ass. It took her three hours and three sets to make it through.

That third set, though — that’s what makes her different. Sharapova is not the best mover, the best strategist, or the most skilled. But in tournament after tournament, she makes the late rounds, striking those balls hard and clean. No one can close out a victory like she can. She is 8-0 in three-set matches this year, and 20-1 since the beginning of 2011. Considering the up-and-down swings during most women’s matches these days, that record is absurd. When a match is close, when other players frighten and tighten and start floating easy shots, she improves. She becomes scary.

It is hard to be scary on red clay. The surface is for scrappers. It deadens the pace and kicks up the ball. It favors players like Sara Errani, Sharapova’s opponent during the finals at Roland Garros, players who reach and block back seemingly every ball. Errani is short — nearly a foot shorter than Sharapova — and comparatively powerless. But she is quick and a marvelous defender, a survivor. As Kvitova discovered during the semifinals, facing such consistency can drive a girl crazy.

At the start of the match against Sharapova, it looked like Errani might be blasted off the court. She won three points in the first three games. Her serve topped out well under a hundred miles an hour, and I winced every time she had to spin a second one in against one of the best returners in the game. But Errani settled down. She didn’t hit many winners, but she hit fewer errors, and she fought until the end, saving one match point after another, trying to move Sharapova around.

Sharapova showed she could move. The woman who once mocked her own lack of grace on red clay had figured out how to run on dirt. She had learned to slide. Her banshee cries were punctuated by the soft swish of her shoes shooshing from shot to shot.

After collecting her trophy — and, since Roland Garros was the only major she hadn’t yet won, an extra one for completing the career grand slam — she talked about how, during her recovery from shoulder surgery, she had studied French. It’s funny to think about Sharapova as a student. It suggests a certain humility, at odds with her public persona.

When you think of Sharapova, you think of her confidence, her hauteur, her rapacious intensity, her shriek as she steps in to meet the force of the ball with fearless force of her own. It’s easy to picture her wide stance, her wingspan; the way her back leg flies up behind her head when she serves; the way her clenched left fist opens as she strikes the ball. Her routines have become familiar, like her habit of turning her back to the court and grimly examining her strings. The problems in her play are easy to see as well: her propensity to hit harder and flatter when hard and flat isn’t working; her difficulties moving around the court; her shaky serve.

Since defeating Serena Williams at Wimbledon in 2004, at the age of 17, Sharapova has been in the public view. Far and away the highest-paid female athlete in the world, earning some $25 million a year, she is as famous as much for her business savvy and her hot looks as for her tennis. Her endorsements are unmissable. She is a woman with her own line of shoes. Her trials are famous: the sacrifices her family made when she and her father moved from Russia to the United States when she was a child, leaving her mother behind and turning up at Nick Bollettieri’s academy in Florida with nothing more to offer than potential. Her shoulder surgery is no secret, nor is the long and halting rehabilitation it required. None of this is new.

All of this, though, suggests that she’s a one-dimensional athlete and a one-dimensional person, as flat and slick as her famous groundstrokes. If nothing else, her victory at Roland Garros showed that she is more complex. Sharapova is not the best tennis player in the world by many measures. She is still a mystery to me. But she is now no. 1, and she deserves it.