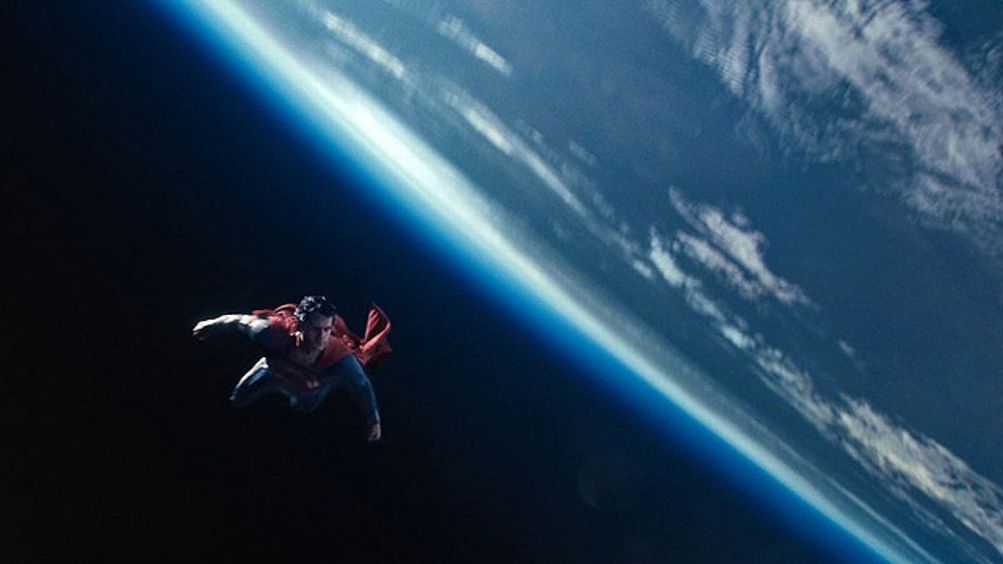 We’ve reached a point of no return with the fantasy movie. The geeks, nerds, and obsessives have so completely taken over the entertainment industry, and so thoroughly know the comic books, science fiction television, and galactic film series they’re working with, that there are no new surprises left. Even when it’s new, it’s nostalgic.

Whether it’s Batman or Star Trek or Star Wars, the audience has been there before and can’t wait to go again — to find the Easter eggs hidden for only them, to bask in the filmmakers’ adherence to sacred texts. This obviates any real expectation that a movie will work as a movie, that it will be a piece of commercial art that takes you to some emotional or visceral place. Certainly, a few of these movies have cleared that bar: Christopher Nolan’s second and third Batman films achieve this, as do Bryan Singer’s X-Men and its first sequel. J.J. Abrams’s maiden Star Trek do-over went for something audacious. It contorted the parameters of nostalgia, using the series’s relationship to the vagaries of time and space to attempt to free itself from the oppression of fandom. But its sequel gave in and enslaved itself to the original films.

It’s notable that Man of Steel spends a great deal of time with Clark Kent on a fishing boat in the Pacific Northwest, the old stomping grounds of a certain superhero from a far different comic-book universe. Clark’s enormous shoulders confirm that he’s a regular at the Wolverine Gym, but they had better be broad, because this guy’s got a lot to carry. And it isn’t just the oil rig that goes up in flames or the school bus that runs off a bridge (although, check and check). This Clark Kent has to bear the weight of everything this heavy, humorless, throat-clearing movie is desperate for him to symbolize.

Instructed by his birth father to go to Earth and be man’s savior, Clark floats from a spaceship — in a high-tech version of his Superman costume — with his legs together and arms wide open, as if he were on a crucifix. As a younger man in doubt, Clark visits a priest, and the camera frames him with a pane of stained glass depicting a New Testament scene in the background. As Superman, in U.S. government custody, he states his age as a perfectly messianic 33 years. Christliness has always been an element of the Superman myth. But this film’s near literal insistence upon it becomes absurd since director Zack Snyder and screenwriter David S. Goyer don’t dramatize the analogy, they presume it.

This is a so-called origin story, told in stops and starts and explaining how Kal-El the infant from outer space became Clark Kent the all-American Kansan. It opens on Planet Krypton, an ornately designed landscape of rock and lasers that resembles what would happen if the sets from the Matrix movies had a baby with the ones from Alien. The visual effects on Krypton are clever. The living murals that crop up from time to time, for instance, are like chiseled and sculpted silent movies, and are an upgrade from the Harry Potter films’ ghostly tableaux vivants.

The sets are also temporary. Jor-El and Lara Lor-Van (Russell Crowe and Ayelet Zurer) are delivering the planet’s first natural-born child in ages and — given that Krypton is scheduled for total immolation — also the last. But Jor-El has decided to launch his only son, Kal-El, into space and toward Earth. There’s something to be said for the film’s use of flashbacks and memories to explain how Kal-El wound up in Smallville and became Clark (Henry Cavill), son of Jonathan and Martha Kent (Kevin Costner and Diane Lane). And yet all that oscillating gives the film expository texture and no momentum.

Having crash-landed from outer space and grown up feeling like a weirdo, Clark has embarked on a journey to discover why he’s incapable of feeling physical pain, why he’s so outrageously strong, although not why he just so happens to be at the scene of so many near-tragedies. Even once Clark has gotten answers, the movie keeps returning to moments from his boyhood, adolescence, and twenties. These digressions tell us who Clark is, but they don’t allow us to feel anything for him. The movie is so serious about comparing Clark to the Messiah that it starts to feel like church. Yet the filmmaking and storytelling lack the essential biblicality to bring off a divine incarnation of Superman. We see him perform feats of life saving and enemy pummeling, but they’re so generic that they mean far less than they should.

It doesn’t matter whether these reboots/remakes/reinterpretations work as films. The entertainment comes from some engagement not so much with a general audience but with a fan base. We’ve had so many tellings of the Superman story — the comic books, a ton of television shows, two very good movies, a couple of bad sequels, and Singer’s flavorless, if honorable, attempt to resurrect the series in 2006 — that we feel like we at least know the gist. What we’re being asked to respond to isn’t the movie, it’s the myth.

In that case, you need a director who can make pop theology or theology pop. Sam Raimi achieved just that in a great sequence in his second Spider-Man when the passengers of a runaway El train pass a wiped-out and unmasked Peter Parker from one end of the car to the other after he halts the train. In both the passing and the halting, he’s in a crucifix pose. You feel the physical toll of martyrdom. Peter saved their lives, and they return his mask, choosing to see holiness in his humanity. Raimi had followed up a good digitally assisted action sequence with an even better, flesh-and-blood encapsulation of belief.

Man of Steel is actually more interested in trying to conflate religiosity and topicality. It courses with surveillance drones and military might, with an overly cautious U.S. general (Harry J. Lennix) who looks and sounds like our current president. Lois Lane (Amy Adams) is now an investigative reporter so good at her job that she has both a Pulitzer Prize and a government injunction against her. She’s made the Man of Steel her story, her source, and her sweetheart. She’s professionally committed to him. When ruthless General Zod (Michael Shannon) and his team break a Kryptonian prison sentence of “300 cycles of somatic reconditioning” to terrorize Earth in pursuit of Kal-El, Zod vows to destroy everything until Kal-El comes forward or someone produces his whereabouts. Naturally, Lois refuses. Lois just might let humanity perish in the name of journalistic integrity.

The movie has its only fun grazing these big political themes, but it’s not committed to turning them into any sort of principle. Nolan is a producer of Man of Steel and shares a story credit with Goyer. Each of his Batman movies managed to turn current events and political policy into a worldview. There’s no conviction like that in Man of Steel — just a lot of heavy-lidded winking right up until the finale, in which Metropolis falls under heavy siege.

We’ve seen a lot of cities wrecked in the name of blockbuster entertainment (every week this summer will bring at least one world-ending movie). Michael Bay’s third Transformers movie brazenly evoked 9/11, and one action movie after another has done the same. This one ranks among the most shameless. By the time Laurence Fishburne, playing the Daily Planet‘s editor, Perry White, is covered in dust and helping to dig out an employee trapped beneath rubble as skyscrapers collapse around them, the movie has turned the iconography of terror attacks into pornographic exploitation.

Are filmmakers hoping we don’t notice the allusions to real-life destruction? Are they thinking that there might be some catharsis in re-experiencing it in movie after movie? What happens in Man of Steel is unseemly not because it evokes an event like 9/11 but because the filmmakers think they’ve given us characters we care enough about to fear for their lives. This, of course, is the risk of these pre-established franchise movies, that they assume we know who, say, Perry White is and don’t want to see a building fall on him (or anyone else). But the destruction is, in part, a byproduct of the climactic, chaotic brawl between Superman and Zod (it’s like watching a jet through its afterburners). By that moral estimation, it’s not disaster porn. It’s sawdust. And come the movie’s coda, it doesn’t appear to have meant anything emotional to its survivors. I know it sounds as if I’m the humorless one. But when Singer’s X-Men invoked the Holocaust, it did so with moral gravity. It conceived the enormity. Most movies shake free of the consequences of all this freighted obliteration the way a child would shake an Etch-A-Sketch. 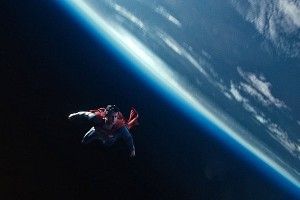 Snyder is an overkill director. 300, Watchmen, and Sucker Punch are the films of a man who doesn’t know his own strength. (The music credits list about a dozen and a half drummers, one of whom is Sheila E.) He does bloated masculinist spectacle: Baz Luhrmann with ankle weights. What made the first two Superman movies, in 1978 and 1981, work so well as entertainments was how they could scale the tone up or down. Richard Donner gave you a romantic screwball comedy — basically, His Girl Friday — that established the characters and made you care about them so that when, later, the comedy dissipates in the face of danger, you have a stake in the outcome. You want action to solve the drama and restore the lightness. Snyder doesn’t have that kind of classical smoothness.

One travesty of a movie this big and expensive-looking and beholden to its audience is having to look at all these actors and wonder why they’re so badly used. Costner and Lane look so right together that you wonder how it is that this is the first time they’ve shared a scene. The creases on his face seem to dovetail with the lines on hers. You pray it’s not too late for them to get a film to themselves. And even if this is just a setup for subsequent movies that will better use them, you wonder why Adams and Fishburne have so little to do and why what Crowe has to do is so thankless.

And Shannon is completely wrong for Zod. He’s not doing Terence Stamp’s imperious version of the character. But maybe he should’ve. The part needs shamelessness. Shannon is an interior performer, but he’s got nothing psychological to play, just a costume and haircut. When he and Cavill have to run at each other, charging like comets, you’re embarrassed for him. And it’s entirely possible to leave Man of Steel with no idea what kind of actor Cavill is. He’s in most of the scenes and yet isn’t asked to provide any charisma. The most charming thing about him is the window box of chest hair poking out of his costume’s collar. All Cavill’s Superman is required to do is look hot and fly for our sins.

This story has been updated to correct Clark Kent’s home state; it is Kansas, not Iowa.