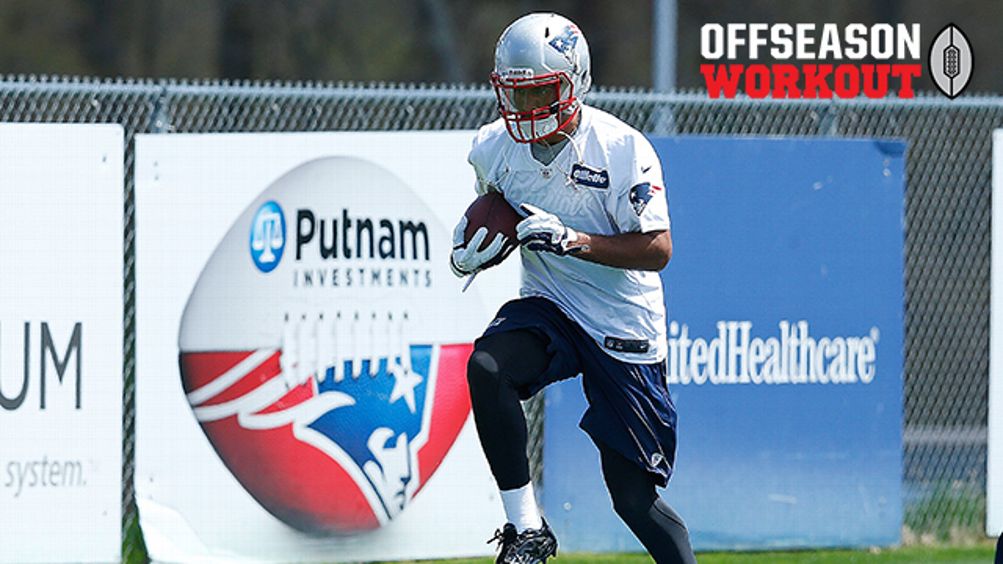 We’ve all done it. You go to the grocery store with a list, but after working your way through each aisle and choosing the wrong line at checkout, you realize on your walk back to the car that you forgot something. This is inevitably an item you will need to use almost the moment you get back to your house. You never forget the truffle oil. You always forget the milk.

The NFL is no different. Every team enters the offseason with a shopping list, informed both by the shape of their roster and the moves they know they’re about to make in removing players from that roster. By June, the bulk of the shopping is done; outside of a few stray roster spots, everybody is already at home unpacking the groceries.

There are teams out there who still have major unaddressed holes on their rosters. In some cases, they’re openings that come out of a logical attachment to reality. The Jaguars didn’t find a pass rusher this offseason, but it’s probably best that they didn’t go after someone like Dwight Freeney. That’s a leftover hole that makes sense. In other situations, competitive teams left meaningful starting jobs in their lineups unaddressed. Some were stopped by the cap. Others chose to leave the opportunities to unproven talent or players who were already on their rosters. I went through the depth charts of all 32 teams and found the 10 holes that were most surprisingly left alone during this spring’s shopping spree.

I’ll lump these teams together because they both faced a similar dilemma. In each case, their entrenched incumbent tore up his knee in Week 16 of the 2012 campaign. Buffalo’s Scott Chandler tore his ACL, while Pittsburgh’s Heath Miller suffered a more serious injury, tearing his ACL, MCL, and PCL. It’s not impossible for a player to return from a serious knee injury over this sort of time frame — Adrian Peterson did it last year, after all — but it seemed likely that Buffalo and Pittsburgh might shop for some peace of mind in free agency or draft a possible successor for their starters in April.

Instead, crickets. The Bills spent a seventh-round pick on Arkansas tight end Chris Gragg and claimed Mickey Schuler off waivers while the Steelers signed Peter Tuitupou, but that’s all. Pittsburgh might try to get by with Matt Spaeth as its starter while Miller likely hits the PUP list to start the year, but it seems shocking that neither team went out and added more at the position. Tight end was, perhaps not coincidentally, one of the few positions to actually be picked clean in free agency; the best guys left on the market are almost exclusively past their peaks (Dallas Clark, Kellen Winslow, Kevin Boss, Todd Heap).

It’s an annual struggle for Giants fans. Even though the Giants simply don’t value linebackers as high priorities, a good percentage of the fan base wants the team to finally hit free agency and go after a notable backer or two. After all, the last time the Giants really paid top dollar for a linebacker was when they signed Antonio Pierce, and he was a defensive leader on a Super Bowl–winning team. They bought low on Michael Boley a few years ago and got a useful starter on another Super Bowl winner, so when they cut Boley this offseason, it was reasonable to assume that they might go after a useful veteran or draft his replacement. Nope. Instead, first-round busts Keith Rivers and Aaron Curry will compete for a starting job at one outside linebacker spot, with Jacquian Williams manning the other side. There’s even less behind them. It’s going to be a lot of fun watching them try to chase down Robert Griffin next season. Wait — sorry, to clarify, it’s going to be a lot of fun for Redskins fans.

Rivers’s old team, the Bengals, seemed to have fallen out of love with former USC star Rey Maualuga. Once the most prominent player in a group with Brian Cushing and Clay Matthews, Maualuga was the weakest link in an otherwise-stout Bengals front seven last year, leading to speculation that the Bengals would move impressive rookie Vontaze Burfict inside while letting Maualuga hit the free market. He did, but after receiving little interest in his services, he returned to the Bengals on a two-year deal with just $2.25 million in guaranteed money. The Bengals could still move Burfict inside, but that would mean starting 2013 fourth-rounder Sean Porter or the lackluster Aaron Maybin (or a to-be-determined practice squad guy) outside. It’s a surprise that they haven’t opted to re-sign former starter Thomas Howard, who missed virtually all of the 2012 season with a torn ACL but is someone who should be able to return to the league at age 29.

When Baltimore chose to deal Anquan Boldin away for pennies on the dollar, everyone expected it would eventually make some sort of move to replace him, even just on a short-term basis. The Ravens used a seventh-round pick on wideout Aaron Mellette, but otherwise, they’ve basically just pushed everyone else up one spot on the depth chart. That forces Jacoby Jones into a starting role, and while Jones was a hero during last year’s playoffs, he’s spent his career as a solid no. 3 wideout who has consistently disappointed when asked to do much more. Baltimore undoubtedly hopes that Tandon Doss can mature into a more meaningful member of the passing game, but it’s a surprise that it didn’t consider adding a veteran like Brandon Lloyd or Steve Breaston to give Joe Flacco another option.

After fixing its secondary this offseason, Tampa Bay’s next priority is figuring out what it has with Josh Freeman. They’ve gotten him two big wideouts in Vincent Jackson and Mike Williams, but for the past two years, tight end has been an afterthought. They brought in Dallas Clark last year and miraculously got a full season from the oft-injured ex-Colts star, but he played only about 54 percent of the offensive snaps. 2011 fourth-rounder Luke Stocker was up at 51 percent, but Stocker has only brought in 28 receptions across his 20 pro starts. Clark left this offseason, and his replacement — former Packers backup Tom Crabtree — is another chip off the Stocker block. Outside of Doug Martin, Freeman will struggle to find a reliable safety valve again this season.

The offseason’s most active team might be the one that genuinely forgot to grab something from each aisle. After letting Reggie Bush leave for Detroit, the Dolphins simply didn’t make any move to replace one of the league’s most underrated players. Instead, Lamar Miller will fight with plodding disappointment Daniel Thomas to see who gets the bulk of the carries for the Dolphins, with Miller the likely victor. Miami notably chose not to make a move for Ahmad Bradshaw, who signed with the Colts for relative peanuts earlier this week. Cedric Benson, Michael Turner, and Tim Hightower are still waiting for a camp invitation, and it would be a surprise if the Dolphins didn’t bring one of them to town on a nonguaranteed deal before the end of June.

Dallas’s biggest weakness for years has been at the back of their defense, where big contracts for the likes of Roy Williams, Ken Hamlin, and Gerald Sensabaugh have turned out to be huge wastes of money. With Sensabaugh released before he eventually retired, I was sure the Cowboys would at least do something to shore up their last line of defense. That big move: sign backup Steelers safety Will Allen, who’s started all of nine games over the past five years. Allen’s a bit part, and while the Cowboys will hope to get something out of Barry Church, who missed most of 2012 with a torn Achilles, Dallas might be stuck inserting 2013 third-rounder J.J. Wilcox into the lineup long before he’s ready to contribute.

If I had chosen a “Least Valuable Position” for any set of starters for any one team at the end of the 2012 season, it would have been the Arizona Cardinals’ tackles. In a way, it wasn’t their fault; the old regime placed too much faith in busted first-rounder Levi Brown, and when he went down with a training camp injury, Arizona was stuck starting a rookie fourth-rounder (Bobby Massie) and seventh-rounder (Nate Potter) at the tackle spots. They improved as the year went along, but Kevin Kolb might have a legitimate malpractice claim against those guys for their work in his defense last season.

So with an offensive lineman–heavy draft class, what did the Cardinals do to improve at tackle? Nothing. They’ll even bring Brown back to start at left tackle, with new head coach Bruce Arians calling him an “elite” tackle in March.1 Carson Palmer is going to have a lot of fun behind those guys this season.

Let’s finish up with a missing part near and dear to the website’s heart. The Patriots overturned their wideout corps this past offseason, with four of their five top receivers leaving town. Only Julian Edelman remains, and even he was allowed to hit the free-agent market before returning to New England. The Patriots made one notable signing in Danny Amendola, but his partners in crime are a bunch of question marks.

Door no. 1 hides a group of anonymous veteran receivers. Michael Jenkins is a lanky veteran with a reputation as a very good blocker. A good blocking wide receiver is like a good defensive first baseman; you like having them around, but when you’re starting a guy with that skill at the top of his résumé, you’re always looking for a replacement. Alongside him is Buffalo washout Donald Jones, who was a possession receiver who couldn’t stay healthy during his three seasons up north. Former Titans backup Lavelle Hawkins — who had 47 catches in 2011 and 24 catches across his four other campaigns — completes the set. Tom Brady can make his receivers look better than they actually are, but these guys don’t even have pedigrees to match up with Reche Caldwell and Doug Gabriel. Josh McDaniels could find his new Brandon Lloyd in this group, but it’s going to take a lot of digging to do so.

Door no. 2 has a rookie with some promise. Aaron Dobson was the biggest acquisition the Patriots made at wide receiver this offseason, as the Patriots used one of their annual list of second-round picks on the former Marshall standout. Dobson has the size to compete with those veterans and eventually play the Lloyd role in the New England attack, but he’s also a rookie wide receiver in the middle of a veteran offense. Can Dobson learn the playbook and adapt to the speed of the pro game before the Patriots lose faith in him and write him off as a more viable option for 2014? Fourth-rounder Josh Boyce, meanwhile, is more likely to contribute as a slot receiver in three-wideout sets.

That leaves door no. 3, which might be the most interesting of them all, because it’s empty. Who says the Patriots need to start two wideouts or use two wideouts on the majority of their offensive snaps? If anyone’s willing to be proactive and shift the style of their offense in midstream, it’s New England. And after their success running the ball with Stevan Ridley last year, it’s possible that the Patriots could move to an offense that uses two running backs and two tight ends as its base set, with Amendola as the only “wideout,” but with Rob Gronkowski and Aaron Hernandez serving as wideout-like weapons downfield. They’re also very deep at tight end, with the likes of Jake Ballard, Daniel Fells, and Michael Hoomanawanui all possible contributors if they make the roster. As always with the Patriots and their offensive wrinkles, stay tuned.