The Kid in the Ring 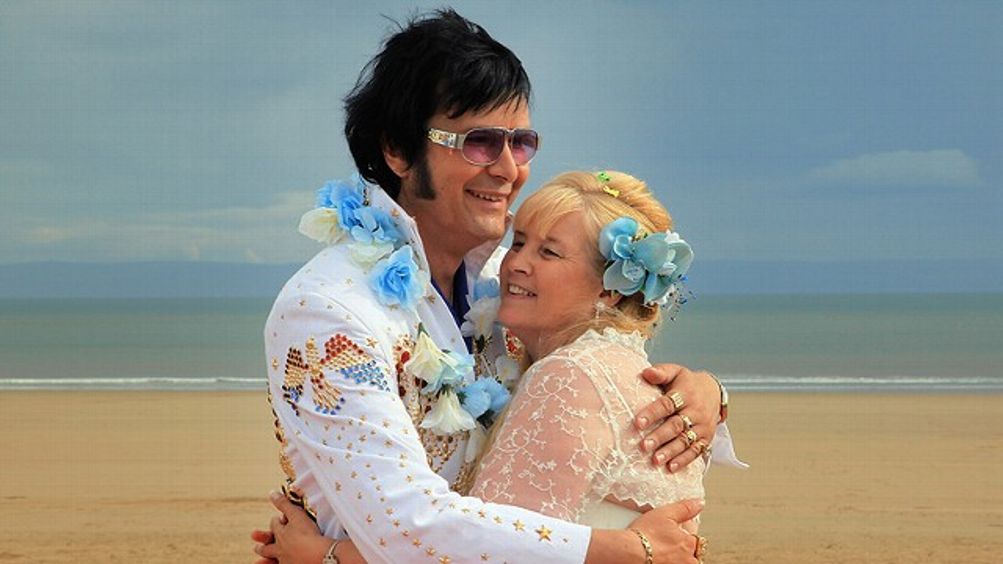 You can stop wallowing in your year-end Counting Crows: Our long national December is officially over. Welcome to 2013! In addition to being a time of endless cocktail parties and explosive family drama, the turn of the yearly calendar is typically a period of self-reflection, of believing that maybe this year will be better than the last. (I can’t remember all the times I tried to tell myself to hold on to these moments as they pass!) OK, sorry, I’ll stop.

Anyway. If you’re anything like everyone hogging the nation’s StairMasters for the next few weeks, you’ve got a working list of New Year’s resolutions. But as we all know, following through on them is next to impossible. Perhaps it’s because there’s no actual map for successful living, no blueprint to follow. Which is why I thought I’d use some of December’s wedding announcements to illustrate exactly what it means to dedicate yourselves to good living. After all, those who made it into “Weddings & Celebrations” in 2012 are as close as it gets to being perfect people. What can we learn from them about our own best selves?

If your resolution is … To meet new people
You should read about … Sarah Quick and Riley Stuebe, who “met as children in Rye … attended the same church, spent summers at the same beach club and even went on to attend the same college, but … never connected beyond a perfunctory hello and goodbye.” That is, until his sister began living with her best friend and they connected on real terms. Anyway, the lesson here is never write off that guy from your beach club.

If your resolution is … To be more honest
You should read about … Pam Bristow and Michael Silvia, whose announcement contains this unbelievable parenthetical: “(they say they were fixed up by a mutual acquaintance; friends say they met on Match.com).” Their friends are obviously dirty liars.

If your resolution is … To get in shape
You should read about … Rachael Kun and Tim Morehouse, the latter of whom is an Olympic silver medalist in fencing who first got into the sport after being “teased for being a nerd” at the school he attended. But one day, “he saw a sign at school: join the fencing team, get out of gym class.” And, ultimately, get the girl. En garde!

If your resolution is … To find a job that you love
You should read about … Erin Moughon and David Smith. The bride “teaches eighth-grade mathematics and seventh- and eighth-grade hydroponics, a method of growing plants in water and without soil.” Duuuuude. COOLEST TEACHER EVER. (PS: I also love their photo — it almost looks like the same person, just with one half wearing a Bobby Valentine–esque disguise.)

If your resolution is … To travel more
You should read about … Allison Cohn and Kevin McLaughlin, who “were married Thursday atop Coromandel Peak, which they reached by helicopter, in Wanaka, New Zealand.”

If your resolution is … To speak like a real-life Dickie Greenleaf
You should read about … Walter Driver, the friend of one couple (more on them later) who had this to say:

“Charlie brought her to the junior dance at the Bath & Tennis Club,” Mr. Driver said. “It was her first time in Palm Beach, and she had come down from New York with absolutely no idea of what was waiting for her. But she was polite and charming, asked amazing questions, and was obviously quite taken with Charlie. I asked him, ‘How did you find this heavenly creature?’ I told him he must marry her or it would be like using a winning lottery ticket for a bookmark.”

I want to drink 900 dark and stormies on a sailboat with this person. And that’s my official goal for self-betterment in 2013.

Here, as always, is our monthly Society Scorecard, prepared with the help of Friend-of-Grantland Alex Morrison and scored according to our proprietary NUPTIALS algorithm. A hearty congratulations to December’s most esteemed lovebirds: Eliza Johnson and Andrew Hughes, who met at the Yale School of Management and scored high across most categories, including a whopping 13 points for Locales thanks to hitting two of the geographical Fabulous Five in Greenwich and Southampton and adding a three-point Nantucket reference as the cherry on top. And not just any reference:

(In the spirit of full disclosure, I ought to mention that this groom is a buddy of mine. Which is why I want to personally congratulate him on getting such a fine display of chest hair into the pages of the New York Times.)

With this couple and the descendant of Peter Stuyvesant and John Winthrop, all we need now is for some scion of Palm Beach to get married. And, naturally, YAHTZEE! Meet Walter Driver’s pals: Charles Maddock and his bride, Caroline Sylvester:

They were married in Palm Beach on Dec. 1 at Bethesda-by-the-Sea, the Episcopal Church where the Maddock family has worshiped since the days of the groom’s great-grandfather Sidney Maddock, a developer and pineapple magnate who built the Palm Beach Hotel.

PINEAPPLE. MAGNATE. Do you think Dole products were strictly forbidden at the Duck’s Nest, the elder Maddock’s “lakeside 1891 landmark home” whose name “came from the affectionate English-style term ‘Duckie,’ that [a relative] called his wife, not from the site’s coincidental attraction for duck migrations”? Because I do.

I really enjoyed this “Vows” column about a Zen Buddhist priest and the conversational English instructor he married after a very long and very long-distance courtship period (during which “[the bride’s] father, Dr. George Shepley, a Baltimore dentist, was pressing his daughter to date someone older and financially independent”).

In between their twice-yearly visits, the couple cultivated their relationship through Skype, e-mails, and Ms. Shepley’s commitment to weekly, handwritten, air-posted love letters whose content ranged from romantic haiku (“Genshi, my love, My heart is your heart, connected by magic things, deep within our bones”) to the intimate musings and questions lovers pose to each other. “I wonder what I can say to you that I haven’t said before, or that you don’t already know,” wrote Ms. Shepley in a card burnished with a Monet print in 2008. “After all, you seem to know me better than I can know myself, which is both annoying and wonderful.”

I love that last sentiment. Maybe it’s better that we have blind spots, that we wince when we hear what our voices actually sound like, that we can’t always know ourselves best. It’s part of what makes us flawed creatures, but it’s also what makes us think that we can somehow make ourselves better — for those first few weeks until it gets too cold to walk all the way to the gym, at least. One of MY New Year’s resolutions is to let the people I love know how important they are to me. So I might as well emulate this pair and write a romantic haiku of my own.