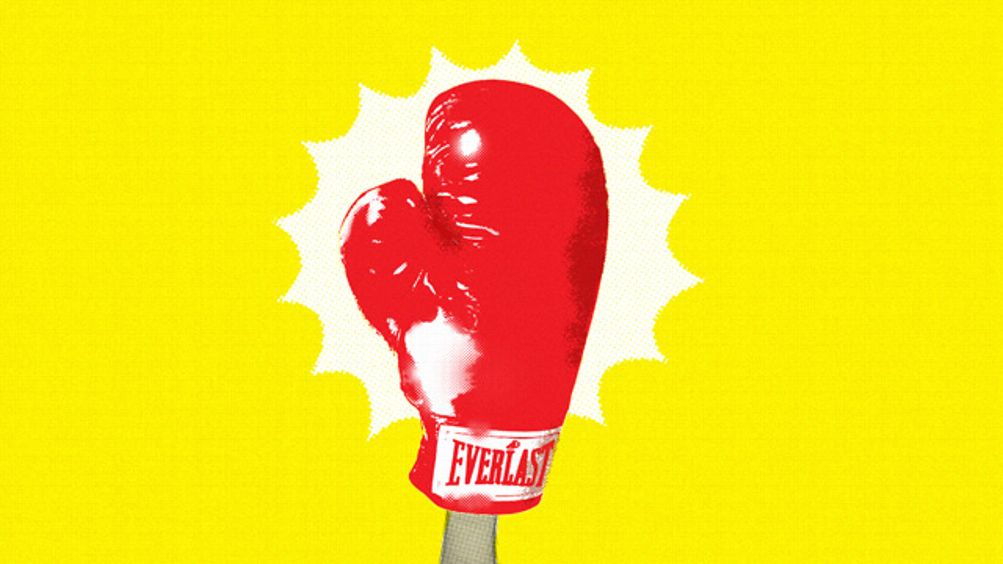 “It has been there with him ever since he was born,” says Reshat’s father, Adrian. “He would punch while he was lying there on his back, too.”

In the ever-expanding world of mixed martial arts, Reshat Mati, now 13 years old and many times a champion in several different disciplines, all of them involving punching something (or someone) more substantial than the air, is Bryce Harper. He’s RG3. He’s Jabari Parker. Lean and quick-handed, and quick-footed, for all that, with a taste for mixing it up, Reshat is a genuine phenom in a phenom of a sport. Yet, in many ways, his is the oldest immigrant story of them all. It is the story lived by thousands of Hispanic immigrants and, before them, by the Irish and Germans and Jewish immigrants who poured into the tenement ghettos of the big cities and, at almost the same time, by the African Americans who came north from tenant farming and sharecropping, immigrants from one part of their own country to another. Sooner or later, you find a way to punch your way out of these circumstances.

Back in the day, one of the ways to punch out was through boxing. But this is America, land of opportunity, where we devise new ways to do almost everything, including beat each other up for recreation and fame and prize money. So the old familiar story plays itself out again, except with brighter lights and louder music.

Adrian Mati came to America from Macedonia 20 years ago, just as what used to be Yugoslavia went to bloody pieces. He settled on Staten Island in New York with his family, and, when his son was old enough to punch something besides the air, he trained him to box, and in the other forms of unarmed self-defense that Adrian had learned during his days in the army back home. Reshat proved an apt and willing student. He had tried soccer, but he didn’t like that he could win or lose based on what other people did.

“Like, when I was playing soccer, a teammate could make a mistake, and we would lose,” Reshat says. “I didn’t like that. In boxing, or in the other martial arts, it’s only me. I like that.”

As it happens, Reshat also boxes well enough to have won the National Silver Gloves championship, and he admits that, occasionally, he has to clarify in his mind exactly in which discipline he is competing, sometimes in the middle of the action. “When I am boxing,” he says, “I have to remember that it’s hands only. If I think maybe I should kick this guy, I have to remember, Oh, no. That will get me disqualified, so I don’t do it.”

Twenty years ago, Adrian Mati was an ethnic Albanian who was living in Macedonia, which is not the Greek Macedonia whence came Alexander the Great, but a portion of what used to be called Yugoslavia. When what used to be Yugoslavia began coming apart in slices, the way it had been since the Iron Curtain fell in the late 1980s, and the nation that Josip Broz Tito had cobbled together after World War II had exploded in the ancient racial and tribal hatreds that only Tito’s manifest gifts as an authoritarian had managed to keep under control, Macedonia achieved its independence peacefully, at least by the standards of that time and place. But Mati and other ethnic Albanians saw the potential for violence down the road. (Indeed, when the war in Kosovo erupted in the late 1990s, Albanian Kosovars fled the Serbs and took refuge over the border in Macedonia, seriously destabilizing the latter and threatening to draw Macedonia into the general conflict. Adrian had a brother wounded in the fighting.) Before that happened, Adrian, who had served in the Macedonian army, left his homeland and moved to Staten Island in New York.

He made a living teaching boxing, which he had been taught by his father, and also giving lessons in the various unarmed self-defense techniques that he had been taught during his days in the army. It became clear early on that Reshat was going to be his prize student. “I have three girls who are older than Reshat,” Adrian says, “and one of them was interested in fighting, but then she became 12 and, you know, girly-girl took over.” Reshat showed an aptitude not merely for boxing, but also for Muay Thai and for putting those disciplines together in what has become known as mixed martial arts.

Reshat trains preposterously hard — learning boxing at the gym on Staten Island and then kickboxing under a beetle-browed and ominous Uzbek in Brooklyn, working on both of them five days a week. Now, at 5-foot-2 and 131 pounds, Reshat is a world-champion kickboxer, a national boxing champion, a North American grappling champion, and an all-around jiu-jitsu champion. As he rose through the ranks, winning national championships in all disciplines and at all levels, Reshat even picked up a cool nickname. They call him The Albanian Bear.

“When I compete,” Reshat says, “I have to remember all the rules for all the different competitions. That way I don’t lose points and get disqualifications. So I have to be thinking all the time.” In fact, Reshat just started wrestling at New Dorp High School on Staten Island and he’s now learning the rules of conventional competitive wrestling. “Yeah, when I compete, I have to learn the rules, and wrestling has so many different things you can’t do to the other person. I’m just starting to know them now.”

On the night of October 29, in his house on Staten Island, Adrian Mati noticed the wind had picked up outside. He looked out his window. “It was very windy,” he recalls. “But it was dry, or it looked like it was dry, anyway.” Then he noticed something else. The sewers in his neighborhood had begun to back up. “I saw that,” he says, “and I thought to myself, Uh-oh, we’re in trouble.” Not long after that, Superstorm Sandy blew ashore on Staten Island. It blew the borough to pieces. A large portion of the estimated $50 billion worth of damage that the storm did occurred there. Of the 43 deaths attributed to the storm in New York City, 23 of them occurred on Staten Island, including two young boys who were swept from their mother’s arms, and an off-duty NYPD police officer. Adrian and Reshat were lucky; their home was relatively undamaged. The next morning, Adrian Mati, who had fled the destruction of rolling civil wars in and around his homeland, took a walk around his neighborhood in Staten Island.

“It was unbelievable,” he says. “Everywhere you looked, there was devastation. The water came within 50 yards of my house. You would not believe it unless you saw it. I didn’t believe it until that morning, when I went out and looked around, and I said, ‘Oh my god.'”

He is not a brute, which a lot of people assume he would have to be, to train his son in the skills necessary to become a fighter. When Adrian talks about the possibility of Reshat’s being injured, he does so with surprising tenderness. His has been a life ringed at its far frontiers with brutality. He knows very well what men are capable of doing to other men, when their violence is not disciplined, when there are no rules that you have to learn and remember. He talks openly about how concerned he is every time Reshat steps into the ring, knowing that, sometimes, the rules are not enough, either. “They’re just kids,” Adrian Mati says. “I worry, because he is just a kid. You don’t want any kid to get hurt, but you don’t want your kid to get hurt.” There are forces you can control, and there are forces you can’t control, and the most important thing of all, for the kid in the ring and the father outside the ropes, is to know the difference between the two.