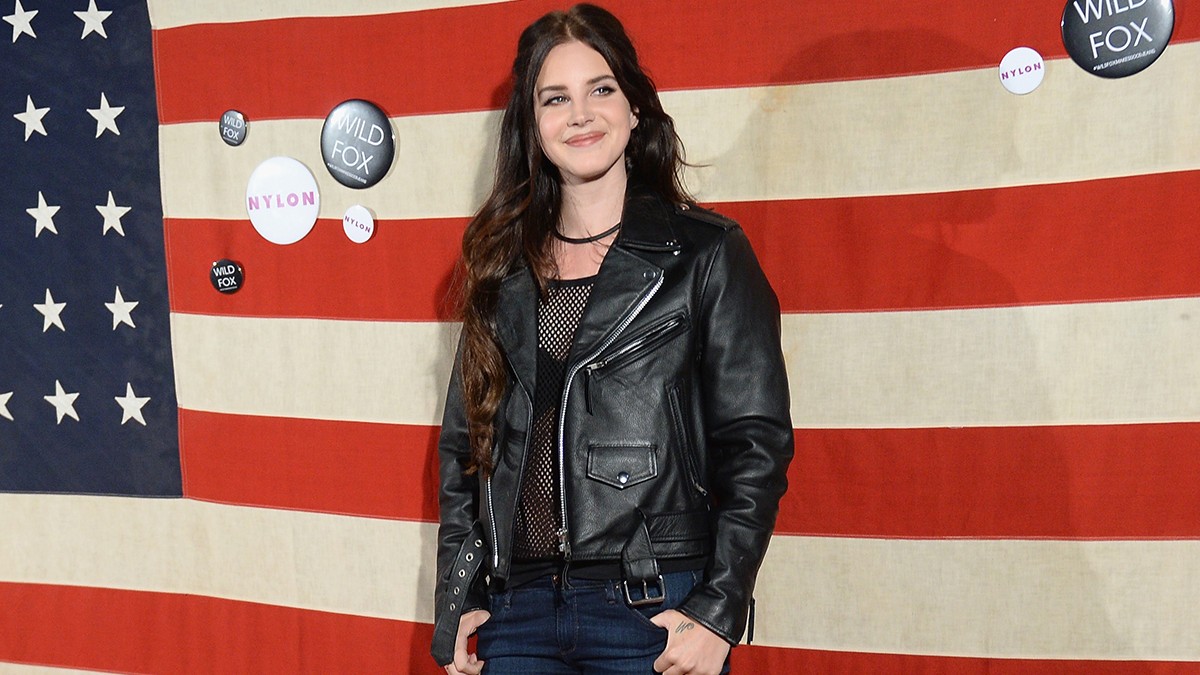 Take me, for example. Two years ago, I removed myself from all conversations regarding the 21st century’s most famous nightgown enthusiast. I was convinced that Lana Del Rey was essentially an empty vessel for those looking to ruminate on “authenticity,” “identity,” “indie,” “hype,” “feminism,” and/or “Tumblr culture.” Lana Del Rey did for thinkpieces in the early ’10s what Farrah Fawcett did for bedroom posters in the late ’70s. She was reduced to a two-dimensional signifier, and then commodified and multiplied across endless platforms for the self-indulgent whims of others. But for me, there was no there there. Lana Del Rey seemed to require an excessive amount of work on my part as a listener, and I didn’t have the mental energy to supply whatever her music needed to mean something. The conversations she inspired did not interest me; worse, her debut album, Born to Die, was a bore. Why were people arguing about her “realness” when Born to Die’s true failure was one of imagination? To me, that album wasn’t contrived enough. The only questions Born to Die prompted in my mind were (1) Shouldn’t a song called “Diet Mountain Dew” be a lot more fun than this?, and (2) hold up, does this mean Kesha or Andrew W.K. can’t record a song called “Diet Mountain Dew” now?

Looking back, I still believe I was sort of right about this, but also sort of wrong. Del Rey is an empty vessel, as all pop artists are and must be to carry the hopes, fears, theories, and conspiracies the public projects on them. But what Lana Del Rey is, first and foremost, is a set of unresolvable contradictions. She is the thing and also not the thing. Del Rey exists at the nexus between life and death, “real” and “fake,” modern and retro, smart and dumb, earnestness and irony, good and bad taste, aggression and submission, power and powerlessness, “stay away” and “come closer,” twitchy depression and medicated haziness, and I’m sure there are plenty more seemingly opposing poles she transcends. “I want one of two things,” Del Rey told the New York Times last week. “I either want to tell it exactly like the way it was, or I want to envision the future the way I hope it will become. I’m either documenting something or I’m dreaming.” The point is that when you listen to her records, you’re never quite sure which is which, or why you should care.

My mistake two years ago was in thinking that Del Rey wasn’t in control (or aware) of her contradictions. And, truth be told, I’m still not sure she was fully in control of them back then. Born to Die is a clumsy record, and that disastrous Saturday Night Live appearance (the “Beatles on Ed Sullivan”–goes-to-hell moment of the shriveled-up blog-rock era) practically screamed, “I do not know what in the hell I’m doing here.” But that was then: On Del Rey’s stunning sophomore release, Ultraviolence, there’s no doubting the intentionality of her music’s textual and subtextual murk, or the skill with which she navigates her many paradoxes.

Whatever people want to say about Del Rey now, I suspect she’s already anticipated it and conspired to manipulate those reactions in advance. If you’re still convinced that Lana Del Rey is some kind of cold, calculating, fame-hungry harpy, Ultraviolence sardonically confirms this perception on “Fucked My Way Up to the Top,” where said supposed harpy coos quite coldly and hungrily, “I am a dragon, you’re a whore / don’t even know what you’re good for.” If you’re inclined to see Lana Del Rey as a victim in need of rescue from a sea of mean, rockist, cred-obsessed monsters, Ultraviolence has that Lana as well. On “Shades of Cool,” an operatic, Edith Piaf–style ballad about trying to get cool people to like you, a faceless social-media horde is reimagined as an aloof lover.

No matter your perspective going into Ultraviolence, you might finally be able to step back and marvel at how both Lanas (and many more) can exist simultaneously. You may also notice that she’s (maybe) a little defter than you realized, and that (maybe) you were suckered into your previously held sense of superiority. Because in order for Lana Del Rey’s art to work, she needs to be either worshiped or hated, though both would be preferable. Her existence doesn’t make sense otherwise. It’s like a boy band being created expressly to play basement shows — with this kind of enterprise you either capture the public’s imagination or you’re history. There’s no middle ground. Had Born to Die not sold 7 million copies worldwide, I assume Lana Del Rey would be a plume of smoke by now.

A devotee of dead pop icons, Del Rey has crafted Ultraviolence as a preemptive eulogy for a life of awesomely alluring spiritual corruption. It’s very dark and somewhat (and somewhat not) disapproving of its own decadence. (For those who found Yeezus to be irredeemably sexist, Ultraviolence is your #truedetectiveseason2 with a strong female character in the lead.) The album’s triumph is that, unlike Born to Die, it doesn’t just allude to things you like (or find maddening) about trashy showbiz autobiographies and old Behind the Music episodes, but also marks the culmination of a long-germinating signature aesthetic. Love it or hate it, Ultraviolence is unmistakably Lana Del Reyesque. 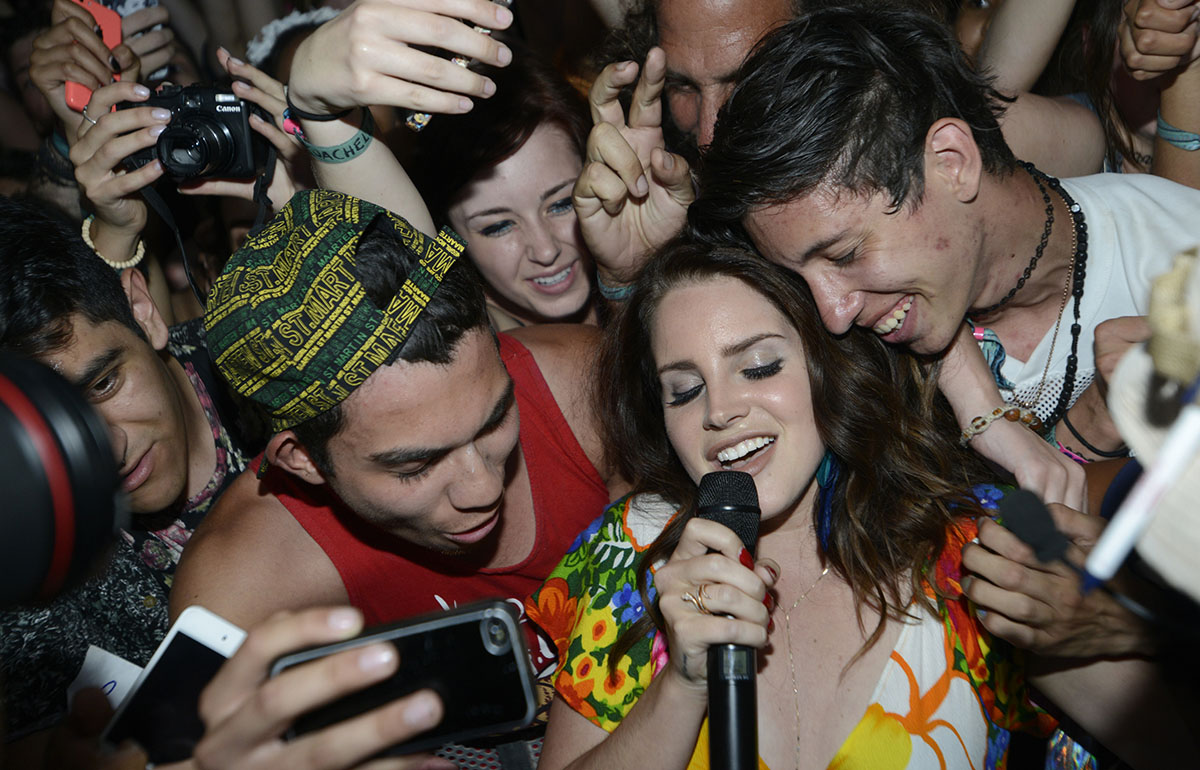 Back when Born to Die was released in 2012, the media narrative on Del Rey shifted abruptly from “This person is a phony!” to “People who care about this person’s ‘phoniness’ are the true phonies!” Is it possible that Del Rey herself agreed with the initial backlashers? I would guess not, but nevertheless Del Rey’s contrary nature has led her to the creation of a musically “authentic” follow-up album.

Ultraviolence was recorded in Nashville with producer Dan Auerbach of the Black Keys, who is both a thunderously obvious choice (he’s similarly fascinated by applying old musical techniques, styles, and iconography to radio-dominant pop) and a complete surprise (given the pronounced hip-hop influence on Born to Die). Auerbach recorded Del Rey performing live with a seven-piece band on “cheap microphones bought from the drugstore,” as Del Rey proudly proclaimed to the Guardian. Cynics will look at this as Del Rey’s pandering to her critics by taking up with a famous rock star in order to make a “prestige” record on ancient equipment. But that would place inordinate focus on the production at the expense of the songs, Del Rey’s vocals, and her persona, all of which dominate Ultraviolence with captivating confidence.

It’s true that the Stevie Nicks–biting single “West Coast” and the album-opening “Cruel World,” in which Del Rey affects a near rasp in the style of acknowledged influence Chan Marshall of Cat Power, nod to the canny soul-dirges of the Black Keys’ recent Turn Blue. And this will likely make her more palatable to an audience that might’ve previously rolled its eyes at, say, Lana playing Jackie O. to A$AP Rocky’s John F. Kennedy in the video for “National Anthem.” But the power of Ultraviolence is how it compels you to enter Del Rey’s world, not the other way around, even as she burrows deeper into an introspective doomscape. Del Rey describes Ultraviolence’s sound as “narco-swing”; I would add that it writhes in a tranquilizer two-step. Her singing style is still melisma antimatter, and now she’s as stingy with BPM as she is with her vocal range. All of the songs unfold slowly, often opening with Del Rey’s languorous purr and an electric guitar, and then getting even slower once the chorus arrives.

Whither the “gangster Nancy Sinatra”? That Lana is still around, too. The music on Ultraviolence might approximate rock, but lyrically Del Rey is still informed by hip-hop, specifically the strain of “thoughtful” nihilism deriving from the last several Kanye and Drake records. Like her male counterparts, Del Rey is concerned with love in its less reputable incarnations — love as violence, love as sport-fucking, love as wanton power grab (or surrender). She relishes playing an evil shrew in “Sad Girl,” taunting the “fools” who don’t understand the appeal of “being mistress on the side.” (It’s like Ray Liotta dismissing law-abiding “goody-good people” in Goodfellas, only even less empathetic and respectful.) Then on the title track, she willingly subjugates herself to an abusive “cult leader,” murmuring dreamily, “I love you forever.” Whether these are “documents” or “dreams,” Del Rey enjoys watching herself indulge in bad behavior throughout Ultraviolence. But she really gets off on seeing herself do those bad things through the eyes of other people. “You’re pretty when you cry,” she sings on the chorus of one of Ultraviolence’s most disturbing cuts, her numb croon gently melting away like the charge from a sadomasochistic high. (As Del Rey recently put it to The Fader, “I like a little hardcore love.”)

The “all for one and one for all” degradation of Ultraviolence is what passes in Lana-land for feminism, a concept she has otherwise professed to not care about. “I’m more interested in, you know, SpaceX and Tesla, what’s going to happen with our intergalactic possibilities. Whenever people bring up feminism, I’m like, god. I’m just not really that interested,” Del Rey told The Fader, sparking a predictable outcry online. “My idea of a true feminist is a woman who feels free enough to do whatever she wants.”

Setting aside the debate over her understanding of feminist principles, Del Rey asserting her agency in this quote is what stands out most in the context of Ultraviolence, particularly given the maelstrom that surrounded the authorship of her previous record. A deeply personal, implicitly bullshit dream-memoir unlike any record likely to debut in the upper reaches of the Billboard albums chart this year, Ultraviolence is a victory for a single-minded auteur. The album earns its place next to other great “dark side of fame” stories (from A Star Is Born to “Welcome to the Jungle”) as a cautionary tale that cautions nobody, and only encourages more glamorous sickness.

What her critics don’t understand, and Ultraviolence makes plain, is that Lana Del Rey is not Madonna, but rather a redux of Marilyn Manson that’s more Marilyn than Manson. If Del Rey occasionally wishes she were dead, I’m guessing it’s because she believes that an actual corpse would make Ultraviolence a more complete experience.