The Peacock and the Raven 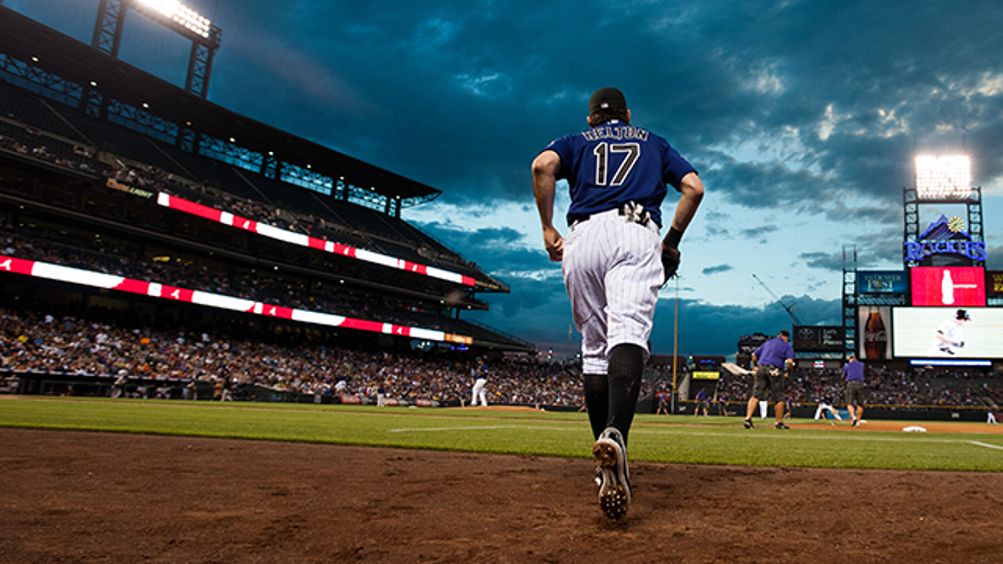 Four reasons to get at least a little excited about the Nationals’ chances of making up a four-and-a-half-game deficit on the Reds for the final wild-card spot.

1. They’re the hottest team in the National League, winning 19 of their past 25 games. Momentum is a tough concept to prove and not necessarily something that should be expected to last. But given that the Nationals were widely considered a favorite to make the playoffs and maybe even the World Series this year, we could just as easily call this positive regression toward the mean for a team that had no business languishing below .500 for most of the season.

2. They’re healthier than they’ve been all year and healthier than just about any other contender, with the only lingering concern being some forearm tightness from Stephen Strasburg that prevented him from making his most recent scheduled start but hopefully won’t keep him out of his next one, assuming his bullpen session goes well today.

3. The offense that lay dormant for most of the season has caught fire. Denard Span, who looked like he’d go down as one of the most disappointing offseason acquisitions by any team, has batted .364/.395/.488 over the past month. Ryan Zimmerman, who had hit 15 home runs all year heading into Labor Day, has socked nine in the two weeks since. And Jayson Werth, who’d struggled with injuries and was hitting just .244/.297/.378 as of June 14, is now up to .322/.398/.536 just more than three months later.

4. The bullpen, which also struggled for much of the year, has been much better lately. Over the past 30 days, the Nats’ 2.70 bullpen ERA is the sixth-lowest in the majors, with a strikeout-to-walk ratio better than three-to-one, which ranks fifth overall.

Cincinnati does have a slightly easier remaining schedule, with series against weak Astros and Mets teams sandwiched between two three-gamers against the playoff-bound Pirates, vs. a Nats slate that includes potentially tough matchups against Atlanta, St. Louis, and Arizona, while four games against Miami offer the most likely reprieve. Still, the Nationals’ next seven games are all at home, where they’re a strong 42-32 this year. If Houston can play a little spoiler and Pittsburgh can stake its claim to the NL Central title this week while the Reds play their next six on the road, at the very least the final week of the season becomes a lot more interesting than anyone would’ve thought just a few days ago.

The Mariano Rivera Retirement Jamboree hit Fenway Park over the weekend. It was a regal affair, with the Red Sox rolling out an array of gifts, including a painting of Rivera at Fenway, a seat with no. 42 on it, and a no. 42 placard signed by members of the Red Sox. The highlight was the string quartet, serenading Rivera with his signature song. It was the latest stop on a season-long celebration for The Greatest Closer Who Ever Lived.

Two weeks before the end of the season, Todd Helton told the Denver Post he was retiring. He waited that long because he wanted no part of a farewell tour.1

This is not to pass judgment on Rivera, who deserves all the praise he has received and then some, not only for his dominance on the mound but also for his extensive charity work. It isn’t necessarily to praise Helton, either. The move was simply one last quiet one2 for a player who put up some of the best numbers by any first baseman in baseball history, yet never quite got the acclaim to go with them.

In his 17-year career, Helton has put up a .317 batting average with a .415 on-base percentage, while slugging .539. Though he hit 30 or more homers six years in a row (including a 42-homer season and a 49-homer season), his home run power still didn’t quite stack up to some of the biggest sluggers in one of the friendliest offensive eras of all time. Instead, he cranked 586 doubles, the 16th-highest total ever. Helton’s is a career filled with metronomic production, over half of it coming at Coors Field.

There’s the rub. Adjusting for park factors is a complicated process, one misunderstood and misinterpreted by the masses and not fully embraced by some baseball analysts. Figuring out how to digest and compare Helton’s mile-high numbers with those put up by hitters at more moderate ballparks (i.e., all of them) requires a high level of nuance. It’s far easier to dismiss all Rockies hitters with impressive stats as products of Coors Field and thus not worthy of high regard than it is to go through each stat line and divvy up the credit between the player and the ballpark.

Let’s look at this from another angle. Once upon a time, there was a pitcher who put up some of the best numbers the game had ever seen, or has seen since. He’d buzz high fastballs by the biggest, baddest hitters in the game, then unleash a heartbreaker of a curveball, a pitch so devastating it could start at a batter’s chest and end at his ankles. Except that pitcher benefited from mounds built to the sky, giving him a big advantage on the men waiting 60 feet and 6 inches away. He pitched in an era in which runs were as hard to find as barrels of cash buried in the desert. And while all his pitching peers benefited from many of the same conditions, most of them didn’t pitch in a stadium that proffered such a big advantage as the one that housed our master of Uncle Charlies. In short, he had all the advantages that Helton had, except on the pitching side. If you were going to begrudge everything that Helton and his Coors-dwelling lineup mates did, surely you’d have to do the same for the pitcher, right?

Funny, no one ever said a peep about Sandy Koufax.

Even at his absolute peak, Helton didn’t quite make the same impact that Koufax did, not even the year he opened September hitting better than .390, threatening to become the first player in 59 years to reach the magical .400 mark. Still, the larger point stands: There are mechanisms for teasing out Dodger Stadium’s effects from Koufax’s numbers and Coors Field’s effects from Helton’s. To get the best read on park effects, you want a sample of three years or more; even then, you can quibble about their precision. But we can, at the very least, gain some insight into what a player has done, independent of his environment.

One metric that seeks to make sense of a player’s résumé is JAWS. The stat, developed by SI.com writer Jay Jaffe, considers a player’s career contributions as well as the numbers he put up in his peak years, then tabulates a result that can be compared to others at the same position. JAWS then takes that result and compares it against the average Hall of Famer at a given position. There are 11 first basemen who come in above that average: Stan Musial,3 Lou Gehrig, Jimmie Foxx, Albert Pujols, Cap Anson, Roger Connor, Jeff Bagwell, Dan Brouthers, Johnny Mize, Frank Thomas, and Jim Thome. The next 11 include six Hall of Famers and two more players in Mark McGwire and Rafael Palmeiro who might be in the Hall themselves if not for their links to performance-enhancing drugs. Near the top of that second 11, just below the average first baseman Hall of Fame line, scrunched between Willie McCovey, Eddie Murray, and Hank Greenberg, is Helton.

If you’re someone who believes that every player inducted into the Hall of Fame should raise the institution’s standards,4 or at least not lower them, then you could argue that Helton shouldn’t be in it. My take: If a player’s very close to the line, I’m OK with being inclusive. Be pragmatic about it. Who’s the most affected by the Hall’s decisions? The players. Are you going to get less enjoyment walking around a museum in upstate New York because some undeserving candidates made it into a small room contained within a much larger building honoring the best teams, players, moments, and traditions in baseball history? Unless you’re already bothered by Bill Mazeroski and Jim Rice, the answer is probably no. Would an old-timer be so honored? And would his kids, grandkids, and great grandkids cherish seeing him immortalized there? Of course.5 But whether he ever earns that honor, Helton should be remembered as something more than just another high-offense first baseman from the PED era who got fat off Coors Field.

He’s one of just 13 players to have retired since 1980 having played an entire career of 15 or more seasons with one team. He’s the author of multiple magic moments, none bigger than the home run that ignited one of the best season-ending runs ever seen from any team, the one that propelled an upstart Rockies team into the playoffs, and ultimately to their only World Series appearance. He is, and always will be, the Toddfather.