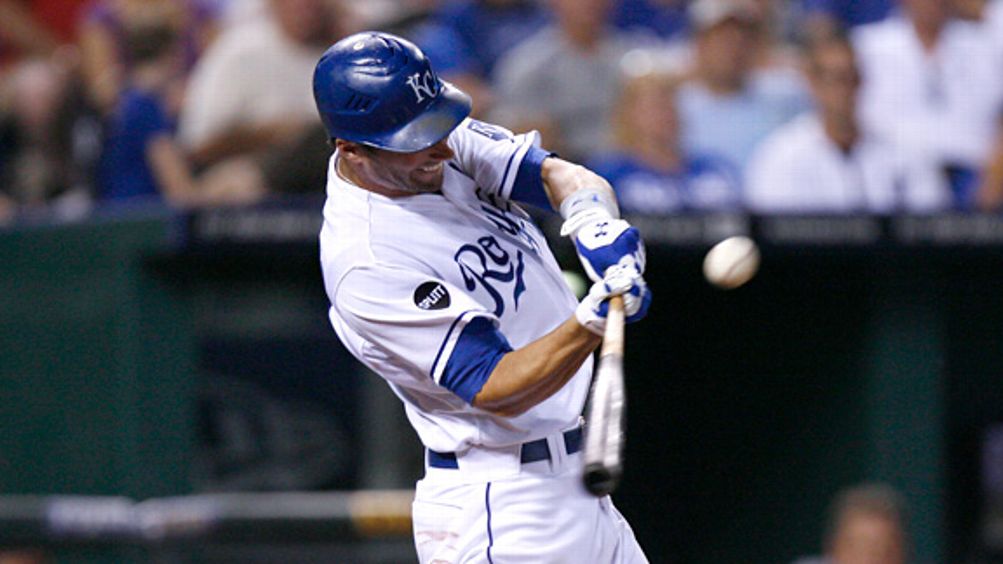 Twenty-six years. That’s how long it had been since the Milwaukee Brewers had made the postseason. They’d never won a World Series in franchise history, only made it there once in four decades. So when a defending Cy Young winner popped onto the market, the Crew didn’t hesitate. Doug Melvin dipped into his farm system, yanked out top prospect Matt LaPorta and three others, then shipped them to Cleveland for CC Sabathia. Three months later, the Brewers made it back to the playoffs.

No other team could touch the Brewers’ homegrown hitting corps of Prince Fielder, Ryan Braun, Rickie Weeks, Corey Hart, and J.J. Hardy. But all that offense might’ve amounted to nothing if not for the July 7, 2008 deal that shuttled Sabathia to Milwaukee. It was a bold move by Doug Melvin and Mark Attanasio, the rare small-market GM and owner willing to break the bank to reel in a superstar player. In pulling off that ballsy move, the Brewers had executed the most dramatic of all moves for a young team trying to take the next step: the “Screw It, We’re Going For It” plan.

The Kansas City Royals just passed the Brewers’ futility streak, now riding a 27-year absence from the playoffs. Like the ’08 Brewers, today’s Royals boast an impressive collection of young hitters, but remain light on the pitching side. So what should they do now? How can the team with more organizational talent than any other (per Baseball America) parlay all that potential into its own playoff run? Hell, how about just a winning season?

The Brewers offer one template for taking the next step. Here are six other success stories and the paths those teams took to go from intriguing sleepers to legitimate contenders.

The “Whoa, Aren’t We Getting Ahead of Ourselves?” Plan

The 2003 Detroit Tigers lost 119 games. Their best starting pitcher with the prettiest superficial stats was Nate Cornejo, who went 6-17 with a 4.67 ERA, struck out a grand total of 46 batters in 32 starts, and was out of baseball the next season. Anytime you elicit comparisons to the 1899 Cleveland Spiders,1 you’re probably a long, long way from being relevant.

Dave Dombrowski thought otherwise. The Tigers GM didn’t take the predictable path of trading away any remaining veterans for more prospects in the hopes of winning games eight years down the road. Instead, he aggressively courted several established veterans. When the smoke cleared, the Tigers had inked 32-year-old Pudge Rodriguez to a four-year, $40 million contract, and about-to-be-32-year-old Rondell White to a two-year deal of his own. Rodriguez had just anchored the 2003 Marlins World Series team, and White also came with an impressive résumé. Still, these were the types of moves that teams made when they felt they were a player or two away from going all the way, not a player or two away from losing to the Sheboygan Little League All-Stars.

Three years later, the Tigers stormed to the World Series, breaking their own 19-year streak without a playoff berth.

The blockbuster trade that sent Delmon Young from the Rays to the Twins for Matt Garza and Jason Bartlett got much of the credit. So, too, did Evan Longoria’s explosive rookie season. But in making their remarkable climb from worst to first in 2008, the Rays also deployed a secret weapon: They decided to try.

It’s not uncommon for basement-dwelling teams to seek cheap options for eating up at-bats and innings while their prospects gain more seasoning on the farm. But Tampa Bay’s 2007 team went beyond your garden-variety Dumpster-dive players. These were the Bad News Bears, only on a major league team. Brendan Harris spat out one of the worst defensive seasons ever recorded by a shortstop — according to one set of metrics, anyway. The bullpen was a hideous stew of veteran cast-offs, with three of the team’s top five relievers posting ERAs above seven. We’ll stop short of saying the team was actively tanking in an effort to add one more high draft pick to its collection. But given the Rays’ great success in finding incredible bargains in the years that followed, it’s curious how bad so many of the team’s players were in 2007.

With those multiple stiffs out of the way and breakthrough years for several young players the next season, the 2008 Rays completed one of the most unlikely pennant-winning seasons in a generation.

The “Wait for the Kids” Plan

No blockbuster trade or nefarious plan to stop sucking propelled the 2010 Reds to their first division title in 15 years (and first winning season in 10). They simply gave a bunch of young players a shot and got rewarded for it.

The twin pillars of that team’s lineup were Joey Votto and Jay Bruce. Already an established star, Votto became something more in 2010, hitting .324/.424/.600 en route to his first MVP award. Bruce enjoyed a mini-breakout of his own at age 23, posting an .846 OPS while playing stellar defense. But the biggest gains came from players thrust into full-time jobs for the first time. Drew Stubbs hit .255/.329/.444 in his debut as an everyday major league center fielder, besting the dreadful Willy Taveras’ 2009 numbers by 21 homers and more than 200 OPS points. Twenty-two-year-old Mike Leake and 23-year-old Travis Wood combined to deliver 241 innings of above-average pitching in their rookie campaigns. Combine those breakthroughs with one last huge year from Scott Rolen, and Cincinnati had a winner. Sometimes the best moves are the ones you don’t make.

Theoretically a distant cousin of The Ewing Theory, though Dave Cirilli’s creation works best in basketball, where subtracting a star player, especially one who makes the offense revolve around him, can lift other players into roles where they can excel. In this case, the Diamondbacks just made a dumb-ass trade, shipping rotation horse Dan Haren to the Angels for Tyler Skaggs and crapola.2

Somehow, this worked. Which is to say, much like with the 2010 Reds, the 2011 Diamondbacks had a bunch of talented, young players get a lot better all at once. Justin Upton blossomed from good player to top-five MVP finisher. Gerardo Parra played Gold Glove defense and got on base in his first crack at an everyday job. Miguel Montero posted a career-best season. Ian Kennedy went nuts. Ryan Roberts flashed a solid glove at third base, after Mark Reynolds tragically killed 73 innocent bystanders in the seats above first base the year before.

You could also call this a “Let’s Rebuild the Bullpen” Plan: Newly acquired J.J. Putz (2.54 FIP) and David Hernandez (2.94 FIP) were awesome, transforming one of the league’s worst pens into one of the best, carrying on Kevin Towers’ legacy as the king of relief reconstruction.

These are just a few of the templates at the Royals’ disposal. They could also try the “Grand Larceny” plan, which allowed the Rangers to trade Mark Teixeira for five prospects, three of whom (Neftali Feliz, Elvis Andrus, Matt Harrison) played big roles in that team’s revival. Then again, we might not see another trade quite like that for years.

For now, the Royals could do a lot worse than to follow the 2010 Reds’ sit-and-wait template. Alex Gordon finally had the big breakout everyone was waiting for. Potential stars like Eric Hosmer and Mike Moustakas and underrated commodities like Felipe Paulino should be left alone to take their next step, too. Wil Myers, Mike Montgomery, and other rising prospects will soon crash the big leagues.

But there might be an opportunity for more. If they’re feeling bold, the Royals might consider a run at someone like Roy Oswalt, the kind of veteran starting pitcher on a one-year contract who could prove a big bargain and maybe even a deciding factor in a pennant race if everything breaks right.

The odds of everything breaking right just got a little better, too, with news that the Tigers lost Victor Martinez for the season. The rest of the division is riddled with holes. The Indians are cagey sleepers with a worm-killing pitching staff, but they’re likely a couple bats short of being really good. The White Sox are in sell mode. The Twins are coming off a 99-loss season and have no idea if Justin Morneau will ever be right again.

This generation of young Royals could eventually become every bit as good as the powerful young Brewers of four years ago. The hitting talent’s there, it’s just a matter of getting breakouts from Aaron Crow, Danny Duffy, John Lamb, or other young pitchers. Go outside the organization the way the team did with Paulino and Jonathan Sanchez, but aim higher this time, and you’ve got a shot to play relevant baseball past Labor Day.

There’s a good chance the Royals grow into real contenders sometime in the next few years. With a little luck and the right plan, it might even happen sooner. And if six months from now they’re in the race and James Shields is on the table … well, never say never.