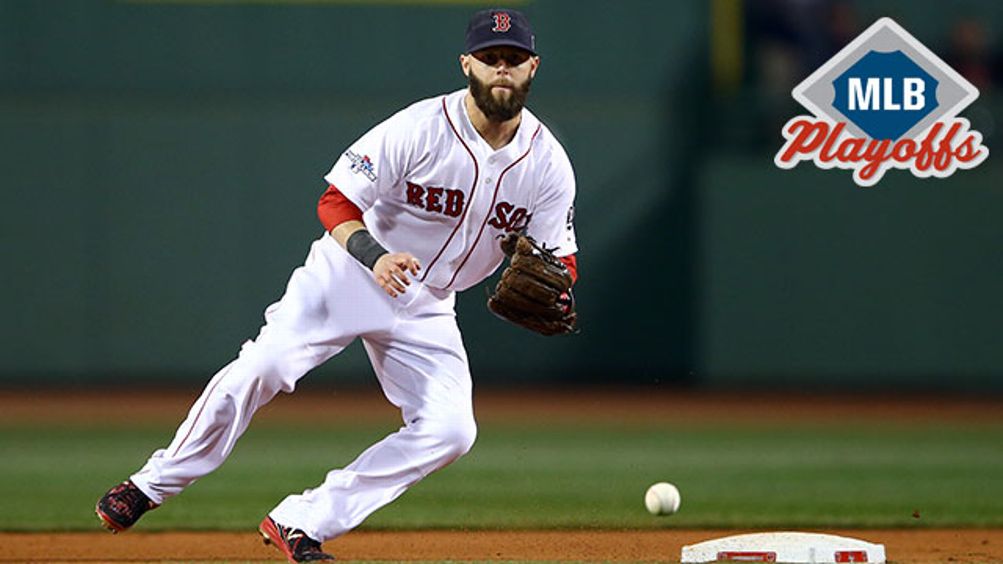 The Red Sox and Cardinals are headed to the World Series, while the Tigers and Dodgers have all winter to ponder two great seasons that still ended in disappointment. Here’s what we learned from the weekend’s games and the two League Championship Series in their entirety.

The healthiest teams have the best chance to win.

You can point to all kinds of possible turning points in this year’s NLCS. But there’s a strong argument to be made that the series turned for good in the first inning of Game 1. That’s when Cardinals starter Joe Kelly plunked Hanley Ramirez in the ribs. From that point on, Ramirez managed just two singles in 15 at-bats, looked worse than his already subpar self on defense, and didn’t look right when he ran, either. We’ve talked about Ramirez’s importance to the Dodgers multiple times this year, and how he was the National League’s best hitter from the time he got off the disabled list June 4 to the end of the season (.341/.398/.628). Ramirez’s rib injury forced a terrible decision on manager Don Mattingly, in which he could either bench his player in favor of Nick Punto (who’s a fine fielder but a weak hitter) or go with Ramirez in spite of his health. For most of the series he chose the latter, which was a tactical mistake. But really, with Ramirez hurt, Andre Ethier playing hurt, and Matt Kemp out for the postseason, this was a severely diminished team, one that didn’t quite have enough to handle the Cardinals pitching staff.

We’ve talked and talked about Miguel Cabrera’s injuries and the pain they inflicted on the Tigers. First, Cabrera was a singles hitter, connecting on just one home run over a span of 115 plate appearances. By the start of the ALCS, his power had started to come back. But he couldn’t move at all, turning his already poor defensive range into statuelike mobility and his already slow baserunning into a spot-on impression of a snail riding a giant tortoise riding an iceberg. Cabrera put up decent offensive numbers during the ALCS at .273/.333/.409. You could pitch to him, though, and the Red Sox exploited his other, injury-induced weaknesses too. It’s tough to point to one big, flashing Cabrera moment and conclude that’s what swung the series to Boston. Hell, you could argue that the struggles of Torii Hunter, Prince Fielder, Austin Jackson, and Detroit’s bullpen played a bigger role in the series outcome than did Cabrera’s struggles. Still, we’ll never know what might’ve been had the best hitter in the world been at full strength.

Look at the 93-loss Red Sox of 2012 compared to this year’s squad and a facile narrative emerges: John Farrell replaced Bobby Valentine, the team’s chemistry improved, and presto, Boston is back in the World Series. Look closer at the numbers, though, and you can see a monumental gap in team health.

Again, there were other factors involved. Offseason signees like Shane Victorino and Koji Uehara vastly exceeded expectations. Several incumbents fared better in 2013 than they did in 2012. But if you’re looking for one major, underlying reason for Boston’s worst-to-first turnaround, and for the team’s ALCS triumph, health wallops chemistry.

The Cardinals did suffer some losses this season, especially on the pitching side. Projected starters Jake Westbrook and Jaime Garcia pitched just 116⅔ innings and 55 innings, respectively. Jason Motte, the 100 mph–slinging reliever who’d emerged as the team’s closer, never threw a single pitch in 2013. Neither did Chris Carpenter, who’d been the staff ace for years before Adam Wainwright eventually claimed that title. These were the kinds of losses that could obliterate the playoff aspirations of many teams. Instead, the Cardinals rallied, buoyed by a cavalcade of great rookie pitchers: Shelby Miller and Michael Wacha to fortify the rotation, Trevor Rosenthal and Kevin Siegrist to bolster the bullpen. Wacha and Rosenthal, along with improved fellow rookie Carlos Martinez (Miller and Siegrist both made their biggest contributions during the regular season), were three of the biggest difference-makers in the NLCS, with Wacha claiming series MVP honors.

Now, on the eve of the World Series, the Cardinals figure to get even stronger. Allen Craig, out since early September with a foot injury, is expected to make the roster and be in the lineup for Game 1 on Wednesday. We’ll have to wait and see how a player who’s been out for a month and a half performs. But at the very least, Craig should help against Red Sox ace Jon Lester, given that the Cardinals didn’t hit much vs. left-handed pitching this year. His addition also means either Craig or his NLDS and NLCS replacement Matt Adams will DH in games at Fenway Park rather than having some banjo hitter take the gig. And it means that the bench gets stronger for games in St. Louis; one of the Cardinals’ two NLCS losses came with Adron Chambers taking the team’s final at-bat. That shouldn’t happen unless you’re in the 18th inning or the apocalypse is nigh.

If you’re looking for early favorites in 2014, consider not only raw talent but also the teams whose players have the best track record of staying healthy. Grant bonus points to teams with the kind of loaded farm systems that can overcome a batch of injuries the way the Cardinals did this year. And if you want to know why the Red Sox and Cardinals will now meet in the World Series, remember that both teams not only have ample talent, but also ample talent that’s actually well enough to take the field. The warm and fuzzy feelings you may want to ascribe to the 2013 version of the lovable Red Sox “Idiots” or the supposedly magical powers of the Cardinal Way mean nothing if your best players can’t play.

We’ll have more to say about the Red Sox and Cardinals in our World Series previews on Wednesday. First, some quick parting shots on the Tigers and Dodgers.

The Tigers do the big things well. We might see them spend the offseason working on the little things.

Having the best starting rotation in baseball, the best hitter in the league, and a supporting cast of mashers goes a long way — all the way to a division title and a League Championship Series that but for a couple breaks might’ve gone the Tigers’ way. But sometimes you have to make your own breaks, and this team was ill-equipped to do so. Jim Leyland, a generally solid and beloved manager who made several questionable and costly bullpen decisions in this series, is stepping down as Tigers manager. It would help if Detroit hires someone more willing to make decisions based on leverage rather than assigned roles, but few managers do. What can be helped are the team’s ugly defense and historically awful baserunning.

Pick whatever defensive metric you prefer, and you still get one of the worst collections of glovemen in the majors. Jose Iglesias fortified the middle infield and should continue to do so for years to come. Cabrera and Fielder, lousy defenders both, aren’t going anywhere. That leaves the outfield as the most logical place for an upgrade, especially since left field was occupied by a mishmash of decent but flawed players at year’s end, including Jhonny Peralta (good hitter, terrible in left) as well as Don Kelly and Andy Dirks (capable fielders, suspect bats). Meanwhile, according to FanGraphs, the Tigers were the fourth-worst baserunning team of the past 50 years. The team’s best hitters — Cabrera, Fielder, and Victor Martinez — all took turns during the playoffs combining slothlike speed with miserable baserunning instincts. I’d offer a complex numerical analysis to make the point, but this Fielder GIF is more illustrative and a lot more amusing.

No one player is going to solve these two problems by himself. But the Tigers, at the very least, need to take Jacoby Ellsbury out for a nice seafood dinner and then actually call him again. Ellsbury stole more bases and offered more overall baserunning value than any other player in baseball this year. He wasn’t quite the best defensive center fielder in the game, but he was at least one of the best, someone who could play alongside Austin Jackson and give the Tigers two center fielders starting at the same time, even if one of the two mans a corner instead. Ellsbury is 30 years old, speed is a young man’s game, and he’ll almost certainly command a six-year deal (or longer) on the open market, for huge bucks. The Tigers have already shot the moon in signing Prince Fielder, extending Justin Verlander, and handsomely rewarding numerous other players. If money is truly no object, making a play for Ellsbury — or at least trading for another speedy outfielder — would make a lot of sense.

The Dodgers need to do … not much, really.

This wasn’t necessarily a better roster than Detroit’s, but it was one with fewer obvious weaknesses, at least when all hands are on deck. Some of their potential 2014 improvement could revolve around existing cast members getting better at what they do.

The hand-wringing and pearl-clutching over Yasiel Puig’s supposedly fatal defensive overaggressiveness was overblown. But he’d probably be a better player if he learns to hit the cutoff man when appropriate, and not fire home when the odds of nailing a runner lie somewhere between slim and none. Don Mattingly probably isn’t going anywhere and probably won’t become a master in-game manager in the span of a few months. But maybe bench coach Trey Hillman or someone else by his side could serve as a more educated and assertive consigliere in 2014, reminding the skipper that lefty-lefty matchups aren’t always foolproof, that you don’t choose your no. 2 hitter because he happens to play second base, and that it’s worth thinking a couple of moves ahead before rushing into any rash decisions. If they don’t trade any of their outfielders, they’ll have to figure out how to juggle playing time for four players who would all normally start. But between managing platoon issues and keeping everyone healthy, this could be a very pleasant problem to have.

The Dodgers claim they’re not interested in breaking the bank for another humongous investment like Robinson Cano, especially if they close a deal with Cuban second baseman Alex Guerrero. Team president Stan Kasten keeps insisting they’ll build through the farm system in the long run rather than throw infinite money at problems. Thing is, they’ve already spent so much for the likes of Clayton Kershaw, Zack Greinke, Kemp, Ethier, Ramirez, Adrian Gonzalez, Carl Crawford, and others that, with a little better health next year, they could win 95-plus and take another run at the pennant. And if they do happen to reel in a big fish like Cano or David Price over the winter, they’ll become even more formidable opponents.

Maybe the only lessons the Dodgers learned from this series are that even the highest-payroll team becomes vulnerable when its best players are either hobbled or chewing pine … and that the Cardinals are pretty damn good and could actually get better.