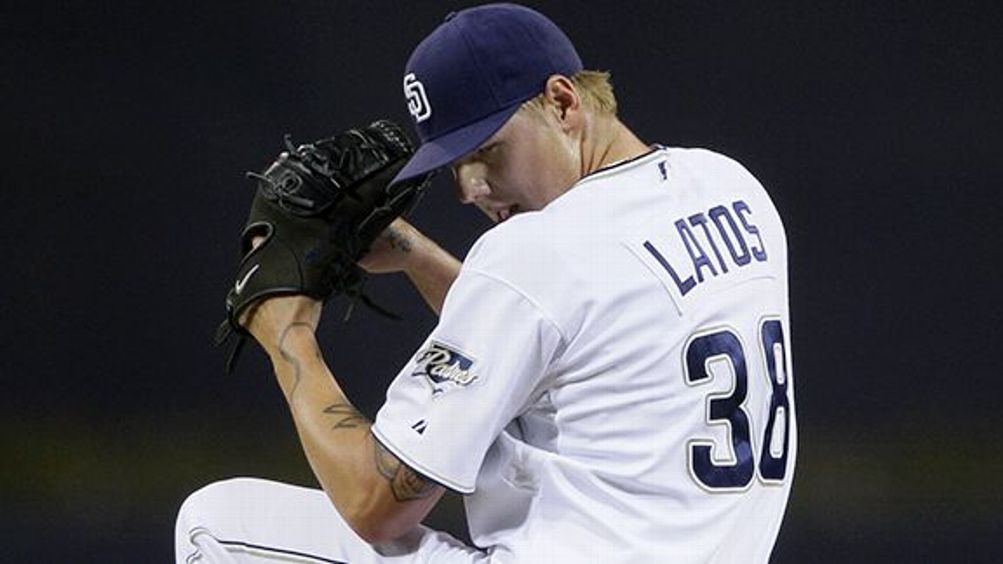 Here’s what we knew about the pitching market heading into this offseason: There were exactly zero elite free-agent starting pitchers available, and roughly 83,000 closers. Any time there’s little separation in talent between different players, a team can make one of two logical moves: Go to Plan B, or wait patiently for a great deal to fall into your lap.

The Reds have now done both. In so doing, they’ve established themselves as legitimate playoff contenders, and fired the first shot in the new year’s bargain-hunting season.

Last season’s Reds faced the same problem that many Cincinnati teams of recent vintage have endured — they scored a lot of runs, but also gave up too many. Cincy ranked 12th in the National League in 2011 with a 4.16 ERA. You couldn’t pin those woes on bad defense either; only the Diamondbacks caught the ball better as a team than the Reds did last season, and Cincinnati’s 4.37 FIP ranked dead last in the NL.

The problem started with their starting rotation. More than one-third of the team’s 2011 starts came from sub-replacement-level pitchers,1 with 52 of those 55 starts made by Bronson Arroyo (5.71 FIP) and Edinson Volquez (5.29 FIP). Arroyo’s fastball has gone limp over the years, falling to 87 mph and plunging his strikeout rate below five per nine innings; unless your name is Jamie Moyer, you probably won’t last long in the big leagues with that profile. At least Arroyo had some idea where the ball was going. Volquez is six years younger, throws 94 mph, and struck out nearly a batter an inning; he was also so wild that he spent a big chunk of the year in Triple-A.2

Problem was, there were no can’t-miss options on the free-agent market to address the Reds’ giant weakness. Even if there were, the Reds have shown no willingness to pay mega dollars for free agents, owing to their smallish revenue streams. That left C.J. Wilson and Mark Buehrle as the two biggest catches out there. Neither could be classified as a can’t-miss star. Wilson was coming off a big season in his second year as a major league starter, adding nearly six wins to the Rangers’ 2011 total. But that lack of track record left some room for doubt, just enough to make the budget-conscious Reds reluctant to top the five years and $77.5 million that the Angels ultimately handed to Wilson. Buehrle did have that longer, steady track record behind him, but also lacked Wilson’s upside, coming up on his 33rd birthday and having topped five Wins Above Replacement just once in his career, seven years ago. Nice, but not enough to make the Reds beat the four years and $58 million that the Marlins offered Buehrle.

That led Jocketty to Mat Latos. The former Padres ace might be not quite flawless himself. He’s going from one of the friendliest pitcher’s parks in the game to one of the most hostile; with fairly neutral ground ball to fly ball tendencies, the vast jump in home run potential going from San Diego to Cincinnati could yield ugly results. Still, Latos has far more points in his favor. Just 24 years old, he’s already got a pair of solid seasons in the bank, having logged 62 starts and netted 7.2 total WAR in 2010 and 2011. He owns a career strikeout-to-walk rate of better than 3-to-1 that would seem to play well anywhere. Latos owns a 3.25 career FIP at Petco Park, 3.30 on the road, suggesting that he’s not merely a product of his former home. The Reds addressed their biggest need by landing four years of team control on a new no. 1 starter. Helluva Plan B.

Of course, Latos didn’t come cheap, with young first baseman Yonder Alonso and solid catching prospect Yasmani Grandal heading a four-player package to San Diego. For an unequivocally great move, you’d have to recognize a glutted market, wait, wait, and wait some more, then jump on one of the best options weeks after inferior players have signed for more. Like the Reds just did with Ryan Madson.

We won’t dump too hard on the Papelbon deal. For one thing … we already did that. For another, that’s just Amaro’s jam. Seek out the best player available, and do whatever you have to do to get him. The Phillies got Cliff Lee that way, they got Roy Halladay that way, and they got Papelbon, who, for as much as any closer is going to be overpaid at $50 million, was still the best option available. Maybe the Phillies run out of money after foolishly chucking $175 million at Papelbon and Ryan Howard, and are forced to kiss Cole Hamels or Shane Victorino good-bye at year’s end. That’s a problem for another day. Winning the third title in the franchise’s 130-season history is what the Phillies’ brass cares about right now.

But that doesn’t mean Jocketty didn’t get a steal by waiting on Madson, then grabbing him for one year at $8.5 million — without surrendering a first-round compensation pick, the way the Phillies did with Papelbon. The 31-year-old Madson enjoyed a huge 2011 season, posting a sparkling 2.25 FIP via a near-4-to-1 strikeout-to-walk rate and his usual worm-burning ways. Heath Bell got three years and $27 million. Diminished, post-surgery Joe Nathan signed for two years, $15 million. Matt Freaking Capps got nearly $5 million to pitch in 2012. None of these or any other non-Papelbon closers pulled off the market project to be better this season than Madson.

Adding Madson and Sean Marshall, the very good, very underrated lefty setup man acquired from the Cubs for Travis Wood, suddenly gives the Reds multiple solid options out of the pen, with righty Nick Masset, lefty Bill Bray, and Aroldis Chapman. If Chapman gets a clean shot at starting, that could lengthen a rotation that’s already very strong at the top, headed by Latos and Johnny Cueto (2.31 ERA, 3.45 FIP in 2011). The Reds’ improved pitching staff makes them a strong contender in a weakened NL Central, without the salary pyrotechnics deployed by the Angels and Marlins.

We haven’t seen the full fallout of the Madson deal, though. Several teams have been suspiciously quiet this offseason, starting with the Yankees. It’s no secret that the Yanks want to slip under the luxury-tax threshold within the next couple of years, which means holding the line on salaries. But with prices likely coming down for free agents at this late stage, it’s suddenly a buyer’s market. The Yankees may not have wanted to risk another A.J. Burnett scenario, throwing big money at a good-but-flawed starter to be their no. 2 and watching him fall apart. But what if a healthy Roy Oswalt can be had on an affordable one-year deal? Or Edwin Jackson requires two or three years, instead of the five for which he and Boras had angled just a few weeks ago? And what of Hiroki Kuroda, owner of a strong 3.52 xFIP,3 20th-best among 135 qualified MLB starters over the past three years, just behind CC Sabathia? He’s not a sure thing as he nears age 37 and leaves Dodger Stadium. But with his track record, on a one-year deal? Another potentially big bargain.

And those are just the starters. Prince Fielder remains the biggest unsigned prize. Carlos Pena’s going to hit a ton of homers against right-handed pitching, field his position well, and do it on a one-year deal. Wilson Betemit can’t field to save his life, but he also cranks right-handed pitching and should come dirt cheap. Hell, Francisco Cordero’s asking price might’ve dropped so far that the Reds could conceivably re-sign their former closer to do setup duty, at something like one-tenth the price of their last Cordero contract.

The lesson’s been learned. Waiting out the market needn’t only be the domain of small-money teams hoping to turn up Dumpster gold. A more punishing future luxury tax combined with smarter management and a greater recognition of the gap between truly elite and good-to-very-good players has created some amazing opportunities for teams to buy two, three, or four wins at a time — and at a deep discount. The contenders that best take advantage of these bargains, be they rich or poor, will likely be the ones still standing in October.