The Last Sweet Man in Boxing 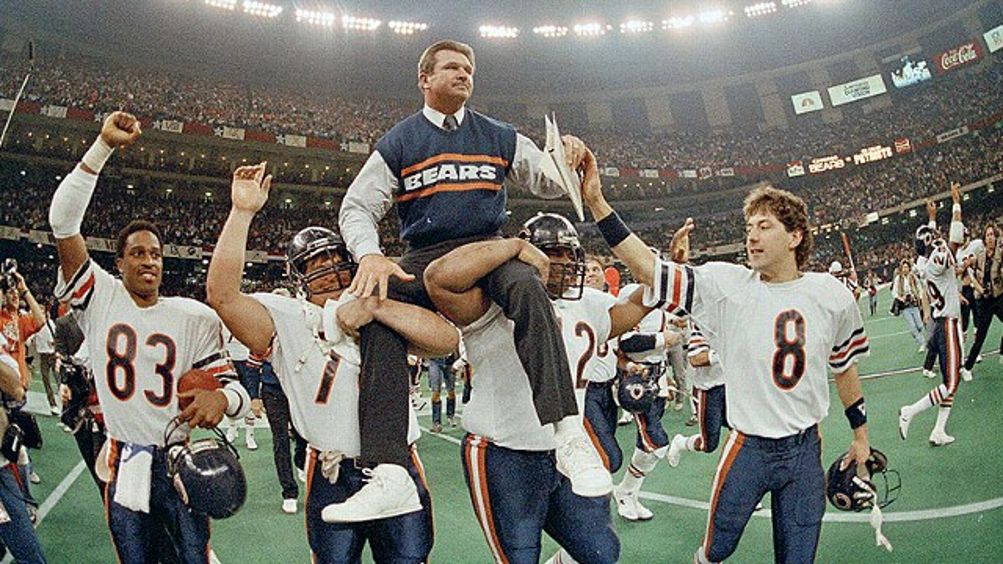 This Sunday, everyone will watch the Super Bowl differently, and almost nobody will care about all 53 hours of it. A Pats or Giants fan will care about the final score; a gambler will care about the spread. Civilians will just want to see the ads, or, if they happen to be old, the ads and Madonna. An investor who’s read about the “Super Bowl Indicator” might have no idea who’s playing, but will still tune in to see how the NFC is doing (in 80 percent of Super Bowls, the stock market has gone up after an NFC win and down after an AFC win).

But no one appreciates the Super Bowl as a whole — every nuance in its totality — the way a trivia buff does. After all, you never know which moment of the game will be remembered on bar trivia nights and quiz shows and board game cards 20 years hence. It might be the crucial play that decides the game, but it probably won’t be. It could happen in the fourth quarter with the game 35 points out of reach (Leon Lett’s premature celebration). It could happen at halftime (Janet Jackson’s nipple). It could even happen three days before the game (Joe Namath’s guarantee).

By the power vested in me by a six-month-long streak on Jeopardy!, I hereby present this official list of the 10 best Super Bowls in trivia history. They weren’t all great games, but each is a rich vein of pop-cultural factoids and NFL lore guaranteed to annoy your Super Bowl party guests.

In beating the Dolphins, the 49ers became the only team ever to win the Super Bowl at home (sort of — Stanford Stadium is less than 30 miles from Candlestick). But this game is mostly of note to fans of movie trivia, since a fictional San Francisco-Miami championship was a major plot point in Ace Ventura: Pet Detective and Any Given Sunday. Oh, and Teri Hatcher was a 49ers cheerleader in 1985, and got almost as many ABC-TV close-ups during this game as she did during the third season of Desperate Housewives.

In 20 years, will anyone remember that the Packers won Super Bowl XLV? I doubt it. But will they remember Christina Aguilera mangling the national anthem by singing “What so proudly we watched, at the twilight’s last reaming”? Absolutely. Will they remember Lindsay Lohan’s $100 million lawsuit of E*Trade, for featuring a substance-abusing baby named Lindsay in one of their ads? I hope so. Will they remember Bryan Bulaga, the 21-year-old Green Bay lineman who became the youngest starter in Super Bowl history? Okay, probably not.

This was the highest-scoring Super Bowl in history (49ers over Chargers 49-26) and a record fifth-straight Super Bowl for one player: backup Chargers QB Gale Gilbert, who had been signed from the Bills during the offseason. It’s also the game that Jerry was forced to attend with his nemesis Newman in the Seinfeld episode “The Label Maker.” But the highlight for me was the bizarre Disney synergy exercise of a halftime show, “Indiana Jones and the Temple of the Forbidden Eye,” in which an Indy look-alike (Harrison Ford refused to participate) rescued the stolen Vince Lombardi Trophy from a jungle lair whose dangers included frenzied temple worshipers, the evil Eye of Mara, and Patti LaBelle singing “New Attitude.”

The first Super Bowls weren’t quite ready for prime time. (Even literally! Super Bowl XII was the first evening game.) In the very first AFL-NFL championship, for example, the first touchdown was scored by a hastily suited-up (and hungover) Packers reserve named Max McGee, and the second-half kickoff had to be rekicked because the TV cameras had missed it. Super Bowl IV’s halftime show was the first one headlined by a big celebrity: Miss Carol Channing. The on-field accomplishments were just as dubious: This was the game that marked the beginning of the Minnesota Vikings’ 0-4 Super Bowl record that, amazingly, still doesn’t include a single first-half score.

This Patriots-Panthers showdown been called the greatest Super Bowl of all time, and you probably remember it as a classic quarterback duel. Tom Brady’s 32 completions are still a Super Bowl record, as is Jake Delhomme’s 85-yard pass to Muhsin Muhammad. But only trivia fans remember the record scoreless 27 minutes that opened the first half. And the British streaker who tried to crash the second-half kickoff in a G-string but got clobbered by linebacker Matt Chatham. And a terrible Bud Light commercial about a farting horse. With all that going on, the “wardrobe malfunction” seems like almost an afterthought.

The first Bud Bowl! And a halftime show that was a stadium-wide 3-D card trick performed by a magician named — I wish I were making this up — “Elvis Presto.” For me the trivia MVPs of the game were Mike Cofer, the 49ers kicker who made a 41-yard field goal only to miss a 19-yarder (!) on the next drive, and legendary Canadian comedian John Candy. As the story goes, with the 49ers down three with three minutes to go, Montana calmed down a nervous huddle by pointing into the crowd and asking, “Isn’t that John Candy?” Then he proceeded to march the team 92 yards downfield for the game-winning touchdown to John Taylor. Cool customer.

God is apparently a huge Prince fan. After the Minnesota legend’s 2007 halftime set ended with “Purple Rain,” there was the first and only downpour in Super Bowl history. (For those citing Super Bowl IX, that was just drizzle.) I suppose the Almighty could also have been celebrating the first Super Bowl win by an African-American coach (the Colts’ Tony Dungy) or the only score ever to come on the game’s first play (the Bears’ Devin Hester returning the opening kickoff for a touchdown just 14 seconds in). Or perhaps His divine wrath was kindled by two of the most tasteless commercials in Super Bowl history: a borderline-homophobic ad in which two men accidentally kiss over a Snickers, and a GM ad mining its laughs from the subject of suicide. This is what it sounds like when doves — and corporate marketing departments — cry.

The game itself wasn’t that memorable — a quintessential late-’80s Denver Broncos loss — but in hindsight, it was full of trivia milestones. It ended with Giants coach Bill Parcells getting a barrel of Gatorade dumped over him — a historic Super Bowl first! Then Phil Simms got a $75,000 check from Michael Eisner for telling a camera that he was “going to Disney World,” also a sports first. And Bud Light’s controversial spokes-terrier Spuds MacKenzie made his TV debut. The halftime show, sadly, wasn’t quite so memorable. It was a tribute to Hollywood headlined by a 91-year-old George Burns, making him the oldest Super Bowl halftime star until Roger Daltrey in 2010 (age: 116).

A.k.a. “the one where the Dolphins didn’t score in the second half and still won.” Or “the one where the Redskins didn’t score except when a bald, mutton-chopped Armenian placekicker panicked and tried to throw the first forward pass of his life.” My favorite Super Bowl story happened after the game: Miami head coach Don Shula finished off his 17-0 season by getting his watch stolen in the post-Super Bowl hubbub, then hopped off his players’ shoulders, tracked down the kid responsible, and got his watch back. This was also the first Super Bowl to feature a splashy, high-profile halftime ad: Joe Namath and Farrah Fawcett suggestively hawking Noxzema shaving cream.

Maybe I’m sentimental because this was the first Super Bowl I remember watching as a kid, but I don’t think so — this game had it all. Even if the 1985 Chicago Bears hadn’t notched a no. 41 Billboard hit rapping about their playoff exploits (and trying to convince us that “trouble” and “hustle” rhymed with “Super Bowl Shuffle”), they still might have been the most colorful team ever to make it to the big game, from the eccentric quarterback so tired of answering media questions about buttock acupuncture that he mooned a helicopter during the pregame warmup to the 335-pound appliance-nicknamed lineman getting a touchdown run call that, let’s face it, probably should have gone to Walter Payton. And hey, modern fans who only know the Patriots as godlike Super Bowl overlords: Let me introduce you to the 1985 Pats, who rushed for a grand total of seven yards all game and started a quarterback named Tony Eason, who managed to not complete a single pass. All this plus the first Super Bowl appearance of the Budweiser Clydesdales, Burger King’s disastrous “Where’s Herb?” ad campaign, the final halftime appearance of the white-bread proto-Glee-ers known as Up With People … sigh. An embarrassment of riches. I hope to be dazzled by another Super Bowl like this during my lifetime, but until Willie Gault and Mike Singletary start rapping again, I’m not holding my breath.

Ken Jennings is a 74-time Jeopardy! champion and the author of the books Maphead, Brainiac, and Ken Jennings’s Trivia Almanac. Follow him at ken-jennings.com or on Twitter as @KenJennings.