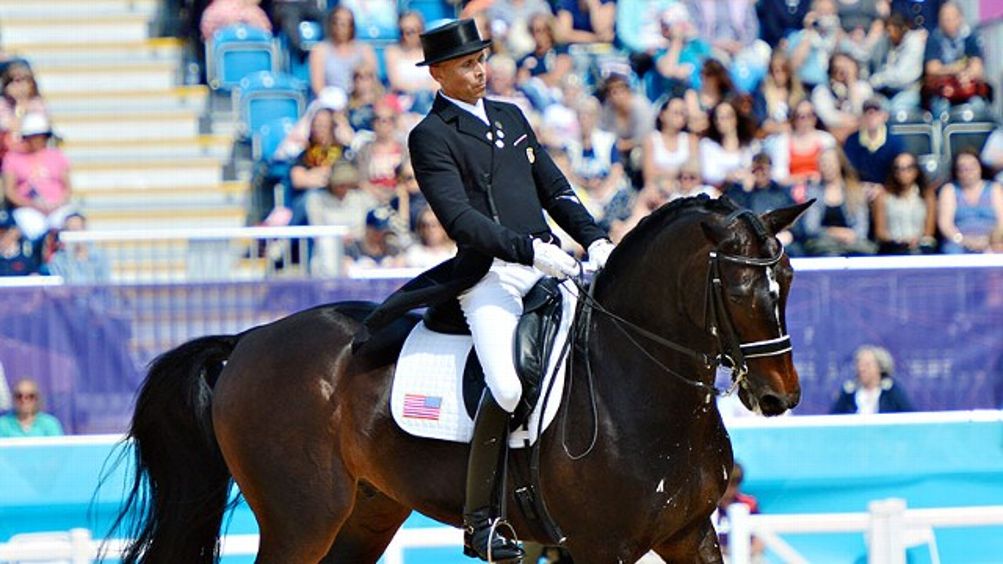 Well, the Olympics are over, and the takeaway is obvious. We are the 99 percent. In two weeks, we saw men and women destroy world records, dismantle competition, do things with their bodies that would hospitalize the rest of us — and that was just the opening and closing ceremonies. We marveled, we gasped, we tweeted, we Googled “pommel horse” and “nearest gym,” because how cool would it be to spin like a one-man wind farm? We discovered that dressage might not only be the name of a popular girl in a Harlem high school but is a terrifying thing to watch insofar as the rider must keep control of a horse and a top hat. It’s the sport in which the athletic 1 percent is forced to attire itself as if a few of the events at the London Olympics were held at Downton Abbey.

The Games were not without controversy. Two badminton duos were disqualified for impersonating the plot of some as-yet-unfilmed Jonah Hill comedy by devising the easiest route to a gold-medal match (it worked for Taoufik Makhloufi, the Algerian runner who went from injured in the 800-meter to victorious in the 1,500-meter). NBC couldn’t stop exasperating people enslaved to its prime-time broadcast. I was fine with all the taped coverage, but omitting Kate Bush from its abridgement of the Closing Ceremony forced me to root for the implosion of the veterinarian comedy it evilly showed instead. And after his soccer team lost to the South Koreans, Swedish Swiss player Michel Morganella tweeted racist nonsense about South Koreans that draws a grim contrast to the no-nonsense Mohawk he’s been wearing lately. Unfortunately, that particular Mohawk made him look like the sort of fellow who’d tweet racist nonsense about South Koreans.

Meanwhile, anyone openly baffled by the marketing excitement for the medal-less Lolo Jones was called a hater. Jones, who came in fourth in the 100-meter hurdles and finished seventh in the same event in 2008, has a hard beauty. Her skin is fair, her eyes bright, her hair long. Before the Games, she had made a show of her poverty, her chastity, and, in R&B parlance, her boday. We’re to believe this would all be OK if she performed better on the track. That’s probably true. Only some kind of triumph can obscure the smudges of selfsploitation in all of Jones’s sharing.

Raising the possibility that, from the standpoint of the Olympics broadcast, Jones is all narrative is one thing. Unpacking it, as Jere Longman did last week in the New York Times, is apparently too much. Really, a few of Jones’s skeptics were probably just rightly in love with Kellie Wells, who won the bronze in the 100-meter hurdles and reacted to the outcome like it was a just-opened can of grape soda. (Obviously, that’s what she used for that purple streak in her hair.) Wells has taken a few head-turning photographs herself. Still, that we’ve been looking at and hearing more from Jones over the past month or two than from Wells or Dawn Harper — who finished second after the Australian Sally Pearson — just puts us in that uncomfortable place we were all in 70 years ago when light-skinned Lena Horne was more likely than Ethel Waters to appear on the proverbial Wheaties box. Harper comes yea close to saying as much in Longman’s piece.

There was more fun, less loaded stuff: The Chilean gymnast Tomás González’s disco mustache, for instance. There was also the realization that it’s impossible to complete a long jump without a sandy wedgie. Also: How amazing is it that Sanya Richards-Ross won two gold medals wearing the jewels of Little Richard and the hair of a Mary Jane Girl? 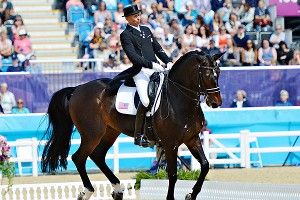 And then there was the men’s 100-meter final.

Sure, everybody went crazy about what happened after the starting gun. But how about what happened before? The eight runners were introduced courtesy of an individual medium close-up, during which each man did a little pantomime for the camera. Jamaica’s Yohan “The Beast” Blake, who won the silver, treated us to a little dancehall tiger, then broke character to smile and wave to the crowds in the stadium. So cute! The American Ryan Bailey lowered his brow, pouted, then smirked. He was serious. He was sweet. His move should have been called Bachelor No. 3. Usain Bolt set an Olympic record and won the gold, but in anticipation of his first-place finish, he showed us about 10 moves. He began as a DJ at the turntable, he did a pivot-and-weave, and he unleashed his best Hulkamania pose. The whole thing was like the fighter intros in Mike Tyson’s Punch-Out.

And I haven’t even mentioned the best part. It was kind of spectacular. At first, Justin Gatlin, who won the bronze for the U.S., just sort of stood there in his lane, like he didn’t know what was going on. Then he walked toward the camera. It didn’t look like much. But there was a little sashay as he approached. This guy was working it! He was on the runway. For 10 seconds he transgressed all the cuteness and machismo and flirtation. If it’s possible, he was discreetly fierce. (He was!) And nobody had much to say about that even though they should have. 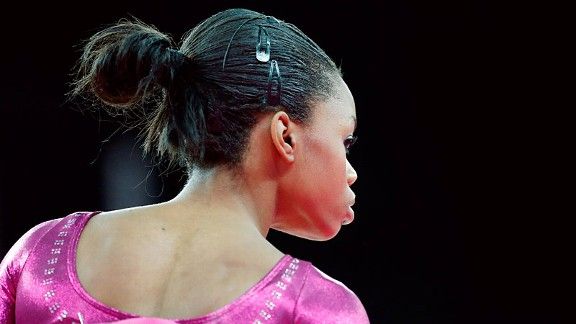 It’s possible you’re reading this and wondering — still, even though more than a week has passed — about The Hair. It’s possible you’re just wondering what the hell everybody was talking about: You didn’t see anything, anything at all, and were like, “What am I not understanding about this? The controversy is over what? I even heard that NPR story and now I’m more confused.” It’s possible you saw The Hair and thought, as some women did, “Oh, Jesus Christ.” It’s possible you heard some of these women say this, rolled your eyes, and yourself thought the same thing about them: Oh, Jesus Christ. All I thought was that Jesus must be a big Gabby Douglas fan, because despite all the strange, negative, depressing, demoralizing, regressive, but inevitable comments some people made about her hair, she managed to win two gold medals and star on the cover of this week’s People (Sorry, Misters Lochte, Phelps, and Bolt) and be fawned over by the First Lady on Monday’s Tonight Show.

Douglas, who’s 16, spent her first Olympics with her hair straightened and swept back into a ponytail. If you read that and thought, “And … ?” you’re not wrong. All Douglas did with her hair is what her white teammates and international peers did: attempted to keep it out of her face. To do this, she probably used gel for hold. She probably used a lot of gel. From the looks of it, she probably used a lot of the wrong gel, because Douglas’s ebony hair took on the lacquered, ridged texture of a nut whose shell had been spray painted. Complaints ranged from nappiness, to too-straightness, to not straight enough. There were screams about specific aspects of the hair that led us from civilized discourse about pressure and expectation and propriety into the poetic, alienating argot of black hair care — edges, kitchens, naps, stuff like that. Among the things we love about Michelle Obama is that she is almost certainly the only First Lady who knows what SoftSheen is. Her bouncing hair has raised the bar for everybody. What made some people mad about Douglas was that her hair was all sheen and scarcely any soft.

By the time she competed in three event finals, she wasn’t quite as electric. You could feel her noticing all the eyes on her. You felt her feeling the pressure. She made mistakes that she smiled off later. The hair was probably beside the point. But maybe it wasn’t.

The Olympics are about a specific type of representation: Athletes compete for their nations. For black American athletes, particularly ones who excel in sports whose stars are mostly white, they represent the race. So there was poor Gabby Douglas withstanding scrutiny from black women that’s seldom aimed at, say, Serena Williams, an older, stronger-looking star, who actively invites and sometimes warrants that scrutiny. For more than a week, Douglas was a flashpoint for two things dear to black people: black achievement and black hair. With regard to Gabby Douglas, history will always remember the former. Controversy over the latter is just something to explain to white people over coffee.