Toronto: The Worst Sports City in the World

Speed Round with Joseph Gordon-Levitt 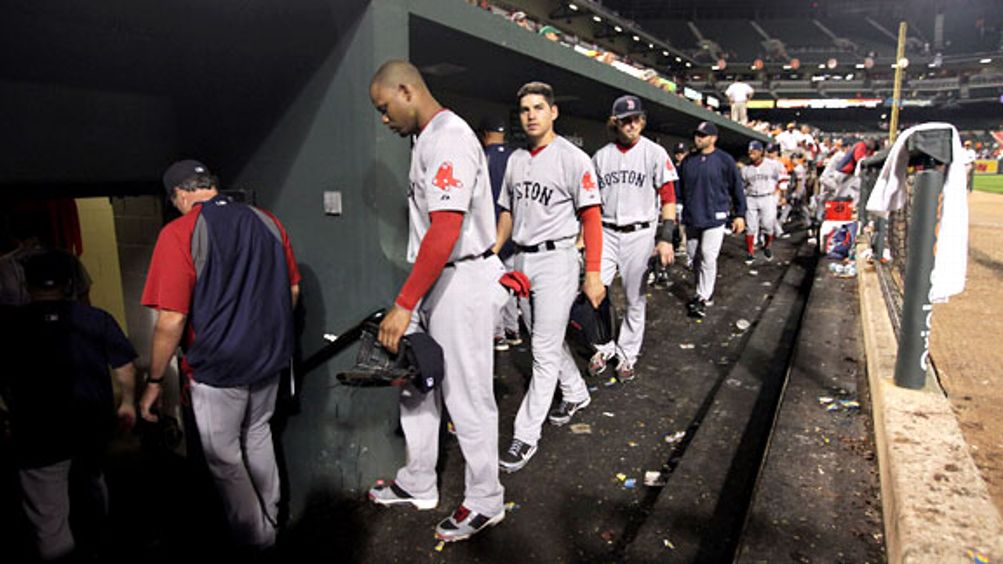 You know what? Fuck these guys.

Nobody should have to root for John Lackey or Carl Crawford or Jonathan Papelbon or Theo Epstein. Sure, there was a time when I felt morally and geopolitically bound to root for the Boston Red Sox, but that time ended in 2004, when Pedro Martinez left to go pitch for the Mets. Every old baseball guy I’ve met has a story about the moment when he stopped caring so much about his childhood team, when emotional attachment eased off into something resembling a piqued interest. Overwhelmingly, these stories involve the departure of a favorite player. Guys who grew up loving Willie Stargell stopped caring so damn much about the Pirates when Pops retired, Giants fans couldn’t care anymore once Mays went back to New York, et cetera. Now that I’m getting old and my interest in sabermetrics (not to mention my job in sports media) has left me a cold, heartless shell of a human being who thinks only about all the injustice all those stupid BBWAA morons keep heaping on Tim Raines’ doorstep, I can now reflect back and say that the 2011 Red Sox didn’t lose me last night, they lost me when Theo decided to let Pedro hop on that plane to Flushing. That was when the boyhood joy of the game etherized and left this aesthete’s body, freeing me to hate indiscriminately and without prejudice. And so. I’m glad that every Tom from Saugus and Sully from Lowell and Frederick from Lexington is calling up WEEI today and calling for Theo’s head. I’m glad that every time John Lackey walks into a Stop & Shop, presumably to buy presliced ham, Wonder bread, Red Man and ranch dressing, he has to worry about an enraged fan throwing a cantaloupe at his head. I’m glad Carl Crawford is going bald (although, Carl, if you’re already going bald, why not accelerate the process with this nice box of HGH?). And I’m glad people are discussing whether or not Jonathan Papelbon’s last pitch for the Red Sox will be the one he threw to the Great Robert Andino. Good lord, I hated this fucking Red Sox team.

After Longoria’s home run traveled its 317th foot last night, I called my friend Frank. In November of 2004, just days before Keith Foulke would throw out Edgar Renteria to end Game 4 of the World Series, Frank published an essay in Sports Illustrated that, in part, was about growing up as a half-Guatemalan/half-Jewish Red Sox fan in Needham, Mass., during the ’60s and ’70s. I met Frank in 2005 when we were both living in New York City. We bonded over the Red Sox, of course, but in a very specific sort of way. Writers, especially those who are always writing about themselves, tend to be a morose, self-sabotaging bunch. It’s no wonder so many, in the pre-Cowboy Up/pink-hat era, were drawn to the Red Sox.1 And although I promised this wouldn’t turn into a “Being a Red Sox fan is about loving to lose and hating yourself,” I’ll point out that the only reason why that story hasn’t been flooding the RSS feeds of America is because baseball writers these days are afraid to write any angle outside of a pure, game-oriented, preferably sabermetrically sound “take” because they know the hungry math wolves will come charging down Twitter way.2 Frank and several other Sox fans I’ve talked to over the past 12 or so hours are relieved for two reasons. First, we don’t have to pretend to root for these assholes anymore. Second, the old kick-in-the-balls feeling is back! We get to go back to our favorite pastime: complaining about this shitty team and its shitty GM and what the fuck is wrong with Crawford and did you hear what this guy told me about what John Lackey did when he was at that bar in the Back Bay? When I woke up this morning, I thought, “Hey, maybe this crushing defeat will kill off some of the Cowboy-Uppers and the Pink-Hatters and we’ll be closer to the ideal mix of Red Sox fans: old angry drunk guys in bars, young angry drunk guys in bars, old and young angry drunk guys at Fenway who heckle Harvard-y fans and/or minorities, minorities who feel weird about being Sox fans,3 openly hate the city of Boston, and, as a result, secretly want the Sox to lose forever.”

That’s what every Sox fan over the age of 30 can’t quite admit, because to be a productive human being you have pretend to be interested in success and winning and enjoying moments of glory. Winning was nice, but man, I miss the bile.

Jay Caspian Kang is an editor at Grantland. His debut novel, The Dead Do Not Improve will be published by Hogarth/Random House in Summer 2012. Follow him on twitter at @jaycaspiankang.