Why You Should Root for LeBron

Summermetrics: 10 Ways of Looking at a Very Bad Movie 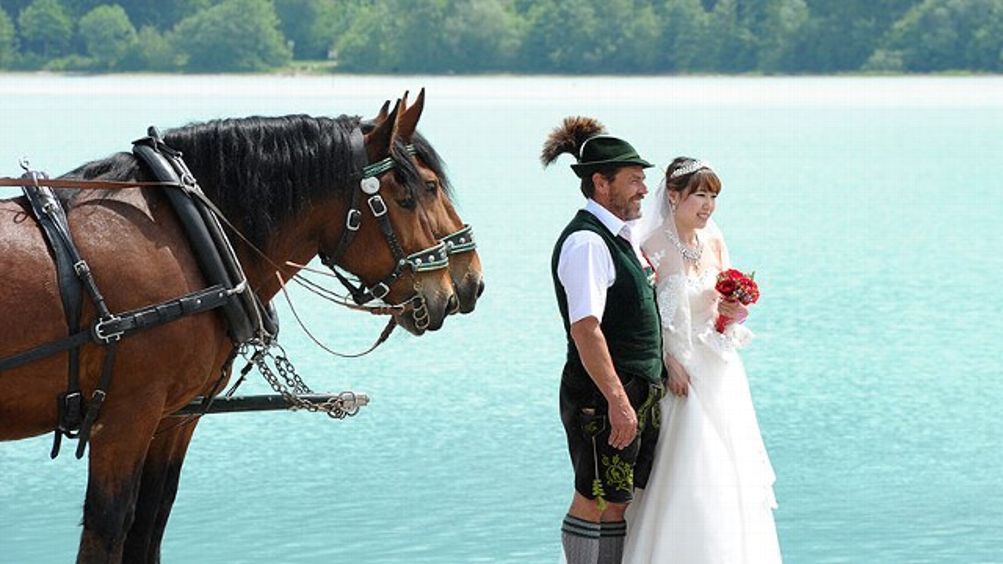 I have good news and I have bad news. You say you want the bad news first? OK, here goes: Due to the vagaries of the Gregorian calendar, the bylaws of the current Wedded Blitz collective-bargaining agreement, the tilt of the Earth’s axis, and the editorial cycle at the New York Times, this column will not address the undisputed heavyweight Vows Champion, which technically ran in June. We have to get through May first.

Here is the good news: Since we’re already two weeks into the month, the wait is that much shorter. Don’t worry, I’ve been marinating on the marriage of Sage and Michael, sleeping with it under my pillow every night. Every time I read it I pick up on something new. It is as multifaceted and brilliant and historically significant as the blood diamond acquired by an ancestor sailing toward Calcutta that one groom named Skip gave to his fiancée “for safekeeping until the next generation.” But I digress.

The reason this column is two weeks late is that I’ve been totally immersed in hockey. I won’t bore you with the details, because I fear the Venn diagram overlap of readers may not be too densely populated — to those of you who are in it, though, let’s hang out! — but two things to note: (1) I am 100 percent confident that you will enjoy this brief video of L.A. Kings captain Dustin Brown’s sons blowing chocolate-milk bubbles in the Stanley Cup (note: Spider-Man jammies are involved), and (2) I thought about Kings head coach Darryl Sutter while reading through the special 20th-anniversary Vows spectacular published a few weeks ago by the Times.

Sutter is, by trade and family, an Alberta cattle farmer who happens to get involved with hockey from time to time. When the Kings phoned him in December with an offer to take over as head coach, he was doing his daily farmer chores. This is a real transcript from a real press conference before Game 4 of the Finals:

Q. Where were you when [general manager] Dean [Lombardi] called you about this job? How much had you watched the Kings before that?

COACH SUTTER: I think I was in the barn.

Q. What were you doing in the barn?

COACH SUTTER: I wasn’t shoveling shit, I remember that, but I had that day. Was probably warming up. It was cold.

Q. You were literally in the barn?

Then he spat dismissively, squinted into the middle distance, and said something about beetles. Contrast that with this assertion made by longtime Vows writer Lois Smith Brady in her look back at the last two decades (which I recommend reading — it’s filled with interesting characters and some really poignant memories):

The way people look at marriage, and live it, has changed over the years. It’s like farming, once considered drudgery and hard work, but now seen as a soulful utopian adventure.

Ha, oh man, has anything ever crystallized the mission statement of the Times wedding section with more precision than that? I’m jealous I didn’t come up with it myself. You know how some fancy magazines like Esquire run cryptic quotations in tiny font down their spines? If they ever blew out Weddings & Celebrations into a glossy (actually, I guess that’s just called Town & Country) they should put that on the first issue. (The second issue could have: “Still others distinguish themselves by being anti-bridezillas, like Elizabeth Johnson and Josh Epstein, a couple who planned what Ms. Johnson called an “aggressively small” un-Hamptons-like event in front of a handful of friends and family on a Montauk beach.”)

Still, the Times clearly can’t resist beating you over the head with a theme and variations. The month of May is chock-full of less artful references to agriculture and farming. Like this lede, which is as subtle as this past season of Mad Men:

It was a passion for seeds that brought Amy P. Goldman and Cary Fowler together, and although their romance began fairly recently, it had been germinating for some time, invisible in both of their lives, like a kernel in the ground.

(Later in the article there is the phrase “fertile ground for romance.”)

The reading for the wedding was about rain, the party favors were “brown paper bags containing a booklet on apples from the Brooklyn Botanic Garden and several packets of heirloom tomato seeds,” and Thoreau gets a shout-out. Also, the vaguely apocalyptic tone of the column is making me seriously consider becoming a seed hoarder. Also also, how weird of a sentence is this? “At the reception in Dr. Goldman’s apartment, Frank E. Loy, a former under secretary of state in the Clinton administration, toasted her sensuality and Dr. Fowler’s modesty.” It’s the creepiest thing I’ve read in Vows since this: “… she said with the sultry laugh of a woman who can drape herself across a piano.”

There are other people of the land involved in weddings this past month. (Sadly, none of them seemed to have met on FarmersOnly.com.) Two grooms had fathers just like Darryl Sutter: tasked with real-world jobs, but really just cattle farmers at heart. One dad is a Skadden partner who “is also an owner of the Pitchfork cattle ranch in Meeteesee, Wyoming,” while another “worked in investments before forming the Cynthiana Cattle Company in South Dakota.” And then there’s a mother of the groom who is on the board of a nonprofit that “runs livestock and horse shows and a rodeo.” Chic marital trend alert!

There were many weddings this month that had ties to activities other than hockey. Three of the four WASPiest sports of leisure were represented (only golf was left out this month, probably because everyone was out playing). Former professional tennis player Justin Gimelstob, who won the 1998 Australian Open and French Open mixed-doubles championships while partnered with Venus Williams, married a psychotherapist. (That’s how I’d react to having Richard Williams on the sidelines of all my matches, too.)

One bride’s father was the owner of “Johnny Colorado, a San Francisco-based designer and manufacturer of ski wear.” And one couple met in the usual fashion: “Avid sailors, [they] were introduced by the bride’s father, also a sailor, in May 2008, when Mr. Landis and Mr. Briganti were preparing to compete in the 2008 Newport Bermuda Race out of Newport, R.I.” A broken mast, in case you hadn’t guessed, brought them together.

Professional athletics were included too. An offensive lineman for the Minnesota Vikings married Pete Seeger’s granddaughter, and I bet the dance floor at that wedding was like no other. Houston Rockets general manager Daryl Morey officiated at the wedding of athletic power couple Corbin Petro and Jessica Gelman. And the daughter of the former president of the Jacksonville Jaguars and the New York Islanders not only got married — she placed first on the Society Scorecard.

There were so many announcements in May that there’s no way to cover them all, but here are a few important observations from churches, hotel ballrooms, and “event spaces” from Greenwich to Georgetown:

Here’s my favorite game: can you spot the most passive-aggressive content in the Weddings & Celebrations columns for the month? Here are my contenders:

1. In a Vows column about a woman who co-stars on Hung with Anne Heche: “Over drinks, she said, she told Ms. Heche, who has had her own panoply of public relationship issues, that she was traveling to Philadelphia to see her family and that her sister wanted to set her up with some guy, but that she was going to be too tired to see him.”

2. In an article about a couple who met through speed-dating: “‘I gathered that she was worth another look,’ Mr. Olson said after his very brief and not particularly revealing meeting with Ms. Brody, one of 20 women he dated that night. ‘It wasn’t like in those four minutes I got hit between the eyes by Cupid’s flaming arrow and thought “My God, this is my wife!” But she was cute and reasonably intelligent, and it was just a matter of whether we both wanted to spend more time with one another.'”

3. In an article about car dynasty scion Allegra Ford: “Her mother is a co-author of three books on learning disabilities, including ‘Laughing Allegra: The Inspiring Story of a Mother’s Struggle and Triumph Raising a Daughter With Learning Disabilities.'”

And finally, 4. In an article about Mark Zuckerberg’s bride Priscilla Chan: “[Dress designer Claire] Pettibone said she realized Ms. Chan was wearing her design after the designer’s husband pointed it out in a photograph he saw of the new bride. ‘It’s not our top seller,’ Ms. Pettibone said of the $4,700 dress, one of 40 in her bridal collection, in a phone interview. ‘But it’s respectable.'”

What do you think? I’ll take out no. 2, because I think he was being sort of purposely facetious, and while no. 4 is probably my favorite, I think it’s more so the result of a babbling lady. No. 3 just bums me out and also reminds me of that plotline in Six Feet Under. Which leaves us with the first. Totally gratuitous but cloaked in lovely language: That’s how we like it done, and for 20 years the Times has been delivering. Happy birthday, you pretty young thing.