What, Exactly, Is Akron Up To?

Welcome Back to the Mailbag 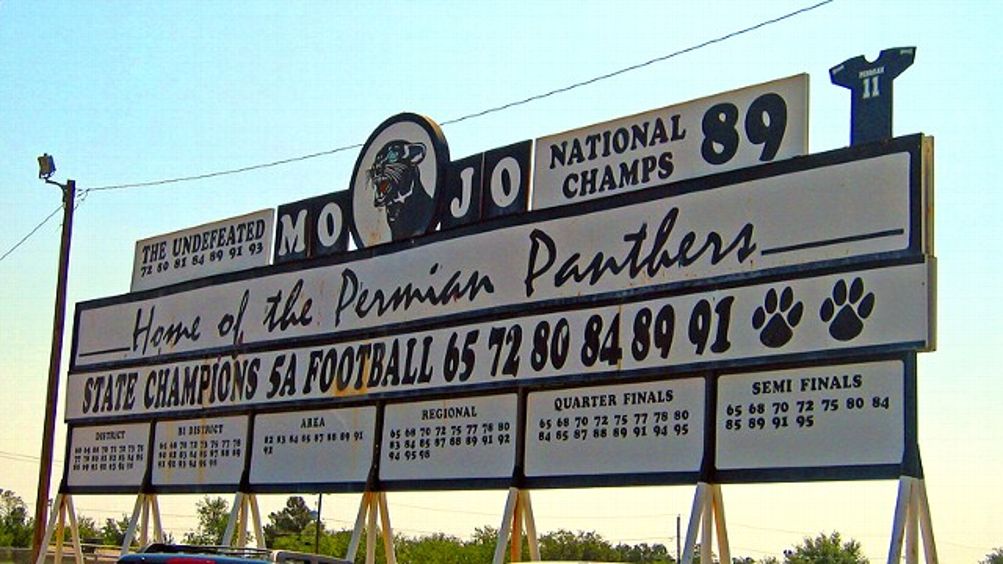 Boobie Miles lives in a house on Cedar Street in Kermit, Texas, with his girlfriend La Donna. It is modest, two bedrooms and a relatively small kitchen, but there is also a separate dwelling in the back with a bedroom and a full bath. It all needs work. But it’s a house, giving Boobie a security he has rarely known since high school.

I open the side door, and there in a lounge chair sleeps Boobie, dressed in a red tracksuit. I call his name. There is no answer. I worry that something is wrong. He now weighs 315 pounds, and he recently discovered that he has diabetes. Neurotic Jew that I am, I wonder if he’s dead. But then I realize that the sound I’m hearing, like the closing whistle at a steel factory, is Boobie snoring. I yell his name, but there is no response. I yell it louder. Finally I tap him hard on the shoulder. He wakes and looks at me.

“Hey!” he says, then gets up and gives me a bear hug that almost smothers me. I can feel his big hands and arms wrapping around me. He is soon to be 42. His face is still strong and youthful, just like it was in high school. The rest of him has not fared as well. If we ran the hundred-yard dash now, I might be able to beat him. 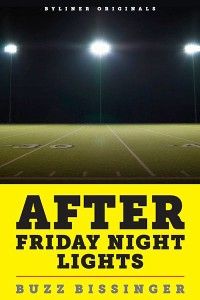 “You’re always hanging in there.”

We settle down to catch up. I ask him about the new rap song by Big K.R.I.T. called “Boobie Miles.”

“Big K.R.I.T. never asked permission to use your name, did he?”

“I don’t even know that dude.”

“You should sue the motherfucker. Everybody knows it’s based on you.”

Boobie is reluctant to accuse, the essential core of his decency.

“I wouldn’t want to sue him, because he’s doing something that I have a love of doing. I’m not a hater of anything like that.”

He would like to meet Big K.R.I.T., just talk to him. But the phone hasn’t rung. And Boobie makes his 12 dollars an hour, with no benefits until he has worked there long enough to get the benefits, and meanwhile he has to deal with the county probation officer who sometimes comes around unannounced and scares the shit out of him because he thinks his boss will freak out and fire him. He has to pay probation — $275 a month — as restitution for the aggravated assault he was convicted of in 2010. Plus there are support payments of $600 a month for the twins he had in 2000 with his now-estranged wife, Shayla, as well as another child born out of wedlock. (He also has two other kids.) The payments leave him with a take-home each month of about a thousand dollars, perhaps a little more depending on his hours.

Boobie says he is over what happened at Permian. But it isn’t true. The experience still roils inside him, the distance of age giving him a fresher perspective and increased bitterness. “That dude didn’t like me,” he says of Permian’s head coach at the time, Gary Gaines.

He is right; in hindsight, I wonder if I was too easily seduced by Gaines’s golly-gee-willikers personality to see how he really viewed Boobie. Gaines did not swear, and he was not a yeller, but he didn’t have to be one in order to manipulate his players. It rankles Boobie to this day that the 2004 film of Friday Night Lights showed him having dinner with Gaines and his wife, among others. The scene implied a close relationship, which there never was. Gaines only put up with Boobie because he saw the running back as his pathway to success, and Gaines was an ambitious coach. He believed he needed to tamp down Boobie’s ego, keep him in his place.

When Boobie was a sophomore, he started missing offseason football practice because it conflicted with track, where he had already established himself as a varsity sprinter. He says the track coach told him to stop going to offseason football workouts because the biggest event of the spring, the Texas Relays, was coming up. Boobie says Gaines confronted him and asked why he was missing practice. After Boobie explained, Gaines told him he might as well go “major in track.” Upset and confused, Boobie cleaned out his football locker.

Boobie says that Gaines then talked to the track coach, who confirmed Boobie’s explanation for why he was missing football workouts. But Gaines nevertheless acted as if Boobie had disgraced the Permian uniform and made him apologize to the entire team, an exercise in humiliation for a 16-year-old kid.

When Boobie got hurt in Lubbock during that preseason scrimmage of 1988 and another black player with excellent skills came out of nowhere to replace him, the Permian coaches no longer had to pretend to deal with Boobie any longer. They were relieved he wasn’t playing, and one white coach referred to Boobie as a “big ol’ dumb n—–.”

I never named the coach in the book because I liked him. This was also the price of access. I realize now that this was a mistake, because of the devastating impact his comment has had on Boobie. His name was Mike Belew. He coached the running backs, and he was otherwise affable and self-deprecating. He later married an African American woman, hardly the actions of a racist. It may have been ignorance speaking, but it doesn’t matter. Belew’s anonymous words, which Boobie came across in the book, scarred him forever.

As we drive to Monahans and sift through the cold ashes of Boobie’s Permian experience, he asks me who called him “a big ol’ dumb n—–.” I tell him. I think he has known for a long time anyway. “I could not believe he would say that shit about me,” Boobie says. “That hurt for real when he said that. I could not get that shit out of my mind. He actually called me that, bro.”

When I put Belew’s words in the book, the intent was to show the virulence of the racism expressed against Boobie once he got hurt. But several years later, we were talking about the book when Boobie railed against what the then-unnamed coach had said about him: “Do you have any fucking idea of how it feels to see this stuff said about you and know it’s goin’ to be there forever?”

He was right. In my mind, I had been protecting Boobie by using the anonymous quote. But the only person I was protecting was the coach who said it. If I exposed Boobie to the sentiments of that coach, I should have exposed Belew at the same time. So 22 years later, I am correcting the mistake. Maybe too much time has passed and maybe the decision is wrong. But I owe it to Boobie to set the record straight.

H.G. “Buzz” Bissinger is the Pulitzer Prize–winning author of the best-selling books Friday Night Lights, A Prayer for the City, and Three Nights in August. He is a contributing editor to Vanity Fair and a columnist for The Daily Beast. His new book, Father’s Day: A Journey Into the Mind and Heart of My Extraordinary Son, will be published May 15 by Houghton Mifflin Harcourt. His Byliner Original, After Friday Night Lights, is available for $2.99 as a Quick Read at Apple’s iBookstore, a Kindle Single at Amazon, and a NOOK Snap at BN.com.