Why Won’t Toronto Fans Get Over Kerry Fraser’s Missed Call? 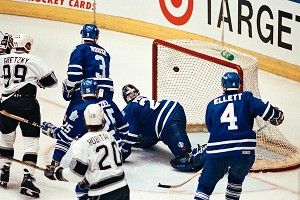