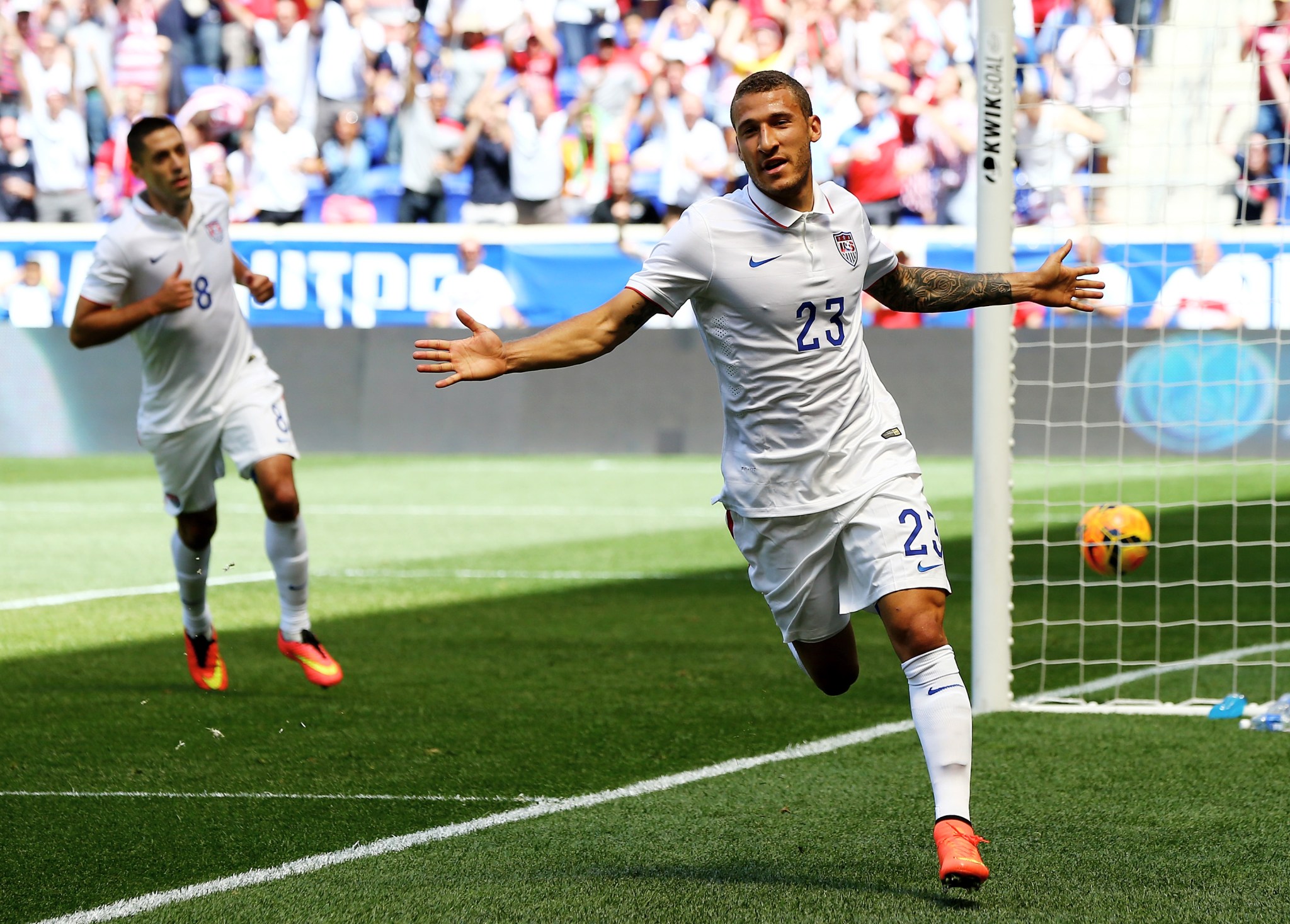 We got a glimpse of the future of Jurgen Klinsmann’s United States men’s national soccer team in the 26th minute of Sunday afternoon’s 2-1 defeat of Turkey. Fabian Johnson, born in Munich, passed to Michael Bradley, who grew up in Major League Soccer before leaving for Europe (and then returning). The central midfielder, 25 yards from Turkey’s net, took a touch, spotting the streaking right back who had continued his run. Bradley sent an elegant chip over the Turkish backline, the ball dropping to Johnson, who blasted it past goalkeeper Onur Recep Kivrak before casually jogging toward the corner flag.

“His celebration, you could see that he’s not an experienced goal scorer,” the U.S. head coach said with a laugh afterward.

So that was the good part of the match.

But the American squad, playing the second of three games in the Send-Off Series, rarely looked like a team ready to take on Ghana, Portugal, and Germany starting in two weeks. Timmy Chandler struggled at left back, Turkey rampaged through the midfield far too easily in the first half, and Jozy Altidore still can’t score. It’s hard to feel good about the future when so much about the present needs work.

The American team has been working — they spent the last two weeks of camp building a fitness base that will take them through the rigors of the Brazilian World Cup. As a result, it’s only natural for the team to lack a bit of sharpness, heavy legs not exactly in the right place, touches a bit off. And, it must be said, the red, white, and blue were much better in New Jersey than they had been on the wind-swept field at Candlestick Park. The trajectory is trending in the right direction. That much was clear against Turkey.

And then there was the trajectory of the bullets launched upfield at Altidore. If you thought the U.S. under Klinsmann was going to give up the Route 1 tactic, you would have been wrong at Red Bull Arena. Especially in the first half, the Americans resorted to blasting the ball to half field, where the forward waited with one, sometimes two Turkish defenders draped on him. To Altidore’s credit, he managed a couple of nice turn-and-gos, showing some touch that he completely lacked against Azerbaijan. He did not, however, find the back of the net, his drought nearly eight months old. While he doesn’t need to score for the U.S. to be successful in Brazil, he does need to find his confidence so he can distribute effectively. (Make no mistake: He will start against Ghana.)

Another concern was the defending in the midfield during the first half. Too often, Jermaine Jones found himself covering two players in his position at the bottom of the diamond. After the match, Klinsmann said they made an adjustment at halftime to have Michael Bradley play even with Kyle Beckerman, who replaced Jones as planned, and that gave the backline more support. But shouldn’t it be possible to correct the positioning on the fly? The Americans were extremely lucky not to concede during the opening 45 minutes. Fortune might not smile so favorably upon them in Brazil.

The good news is that the U.S. team isn’t a finished product right now, nor should it be. Klinsmann continues to try different players in different positions — Omar Gonzalez and Nick Rimando are the only members of the 23-man roster who haven’t appeared in either of the last two games — searching for the best answers. You get a sense that he’s finding them, slowly, or at least learning what are the wrong answers, the weird calculus of putting together the best lineup starting to make sense in that German head of his.

If you’re counting at home, that’s two wins in two games, with two relatively underwhelming performances. But the second was superior to the first, so there’s that. Any team would be proud to call Johnson’s goal its own.

The one-two combination, the pass, and the finish were all lovely, the type of creativity you can’t teach in a textbook. The tally was a product of teammates playing together, learning tendencies and seeing the field with one mind. That type of move happened infrequently on Sunday, but it occurred on the goal and a few other times scattered throughout the wide-open 90 minutes. The U.S. is coming together.

In the 64th minute, 20-year-old DeAndre Yedlin replaced 26-year-old Johnson. The Seattle Sounders defender, who came out of nowhere last year and now finds himself on a plane to Brazil, is fast, strong, and skilled. The decision to bring along Yedlin, the first Homegrown MLS player to make a World Cup roster, was perhaps the best example of Klinsmann’s philosophy about player development: throw the young guys into the biggest water you can find and see if they can swim.

The Amazon is the largest river in the world.