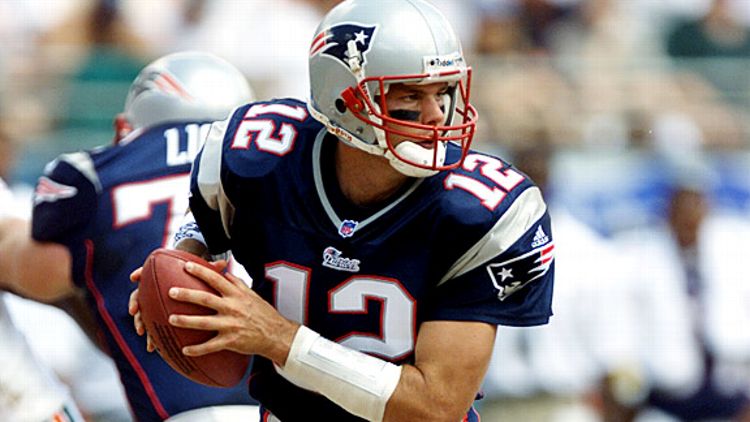 In last week’s treatise on early NFL line movements, we broke down the vaunted “middle” bet. This week, we’re going to focus on another bet that can represent value when employed properly: the teaser.

With a teaser bet, a bettor is placing money on two or more teams in a particular football or basketball game to cover their side of a spread or point total(s) to go over/under a particular number. This is also true of parlay bets, which can also incorporate moneyline bets and/or bets across different sports, which is why the two are often confused by people traveling to Vegas to bet for the first time, like yours truly. A parlay bet incorporates the odds of the bets in question and pays out an exponential amount, while the payout on a teaser is set at a flat rate and is always lower than a parlay. A $100 two-team parlay with each bet having -110 odds will pay out a total of $364 if both teams win, but a two-team teaser with the same odds for the same cash will only pay $190.91.

So why on earth would you bet a teaser over a parlay? Because you get points, that’s why! With a teaser bet, you can choose to get six, 6.5, or seven points added to the spread for each of the teams or lines you bet on, with each half-point making it easier to win while decreasing the amount of money you’ll get in the case of a victory. Most Vegas casinos will take this bet on up to six teams, but the vast majority of teaser bets are on two- or three-team combinations. We’ll get to the various permutations of when it makes sense to take that extra half-point or include a third team next week, but we’re going to start our teaser research this week with the most basic version: the two-team, six-point teaser.

As an example, let’s say that you want to bet on the Patriots -4 and the Jaguars +2.5. With a six-point teaser, you get to add six points in your favor to both of the bets. So Patriots -4 instead becomes Patriots +2, and while a three-point win by New England would have been a loss against the spread, it now becomes a win. The Jacksonville line becomes Jaguars +8.5, so any win, tie, or loss by the Jaguars of eight points or less is a win.

In most cases, the casual bettor coming to Vegas who just wants to place a few bucks on his favorite team to win really doesn’t have to concern himself with where he actually bets that money. The odds on games in most of the sportsbooks on the Vegas strip are usually the same and very rarely more than a half-point away from one another. The payout is almost always $100 on a bet of $110. That’s not the case with teasers. The Las Vegas Hilton lists the two-team, six-point teaser at -130, so a bet of $100 will only pay out $76.93 in profit. Meanwhile, the best odds on that basic teaser on the Strip can be found at the Wynn, which lists the teaser at -110 and pays $90.91 for a winner. You want that 14 bucks, right?

Fortunately, there are some bets you can make that should succeed the 72.4 percent threshold with room to spare. Using the data compiled by the Spreadapedia project, we’ve analyzed every regular-season spread from the 1990 season on to see which lines are improved the most by getting those six points. As it turns out, after splitting each spread for home teams and away teams and eliminating those with fewer than 50 historical appearances, there are 16 lines that have come in at a rate better than 72.4 percent. If you can find two of them in a given week, chances are that you’ll be making a two-team teaser bet that’s +EV; that is, a bet that should return money more often than not. As it turns out, there were two such bets at the Wynn on Tuesday afternoon.

(All line movements per vegasinsider.com.)

Almost invariably, the best bets to include as a part of a teaser are ones where you can cross one or more “key points” with the six points you get from the teaser. The key points, remember, are 3, 7, 10, and 14, because a disproportionate amount of NFL games end with one of those numbers as the difference in the final score. By teasing San Diego at -7.5 down to -1.5, you pass two key points and basically win anytime San Diego wins this game.

Historically, when the home team is favored by 7.5 points, they cover the spread 54.0 percent of the time. If we move that figure to just 1.5 points and measure how often those teams would have covered in those same games, their winning percentage against the spread rises all the way to 78.8 percent. That’s well beyond the 72.4 percent threshold we need to justify the bet. Now we just need a partner.

And here’s the reverse action of that bet. The Cardinals are one-point underdogs at home, but with six points, they pass the key points of three and seven and become 7.5-point dogs. Beating the Giants at home might be tricky, but all Arizona has to do now is avoid losing by more than a touchdown. That’s a far safer bet. Historically, 1.5-point underdogs at home already cover the spread an impressive 57.9 percent of the time. With 7.5 points behind them in those same games, they would have covered 78.9 percent of the bets in their games.

That’s Teasers 101. Next week, we’ll pick up with Teasers 102. But there’s still one more interesting line movement to discuss.

In the early weeks of a season, bettors tend to go gaga over unexpectedly great teams. Since good gamblers are ahead of the curve, it’s no surprise that you’ll find bettors jumping on the bandwagons of teams like Houston and Buffalo these days. The best question to ask yourself about early-season lines like this one, though, is “What would this line have been before the season started?” My best estimate is that it would have been something close to a pick ’em, and while the Steelers have underperformed to start the year, I don’t think it justifies a four-point swing.

Also, as our friend Dave Tuley noted on Twitter, the Steelers-Colts game on Sunday night made it a perfect 7-for-7 as far as prime-time games on national TV going over the predicted over/under total. The field goal fest in Dallas on Monday night broke that streak, but even at 7-1, it’s worth asking: Are teams playing in a national TV game more likely to hit the over?

The answer is, well, no. From 2000-2010, the over side of over/under bets during prime-time games was 456-472-22, for a winning percentage of 49.1 percent. If players really do score more under the bright lights of national television, the books are already accounting for it.