Veterans Affairs: The Uneasy Marriage of Military Money and the NFL 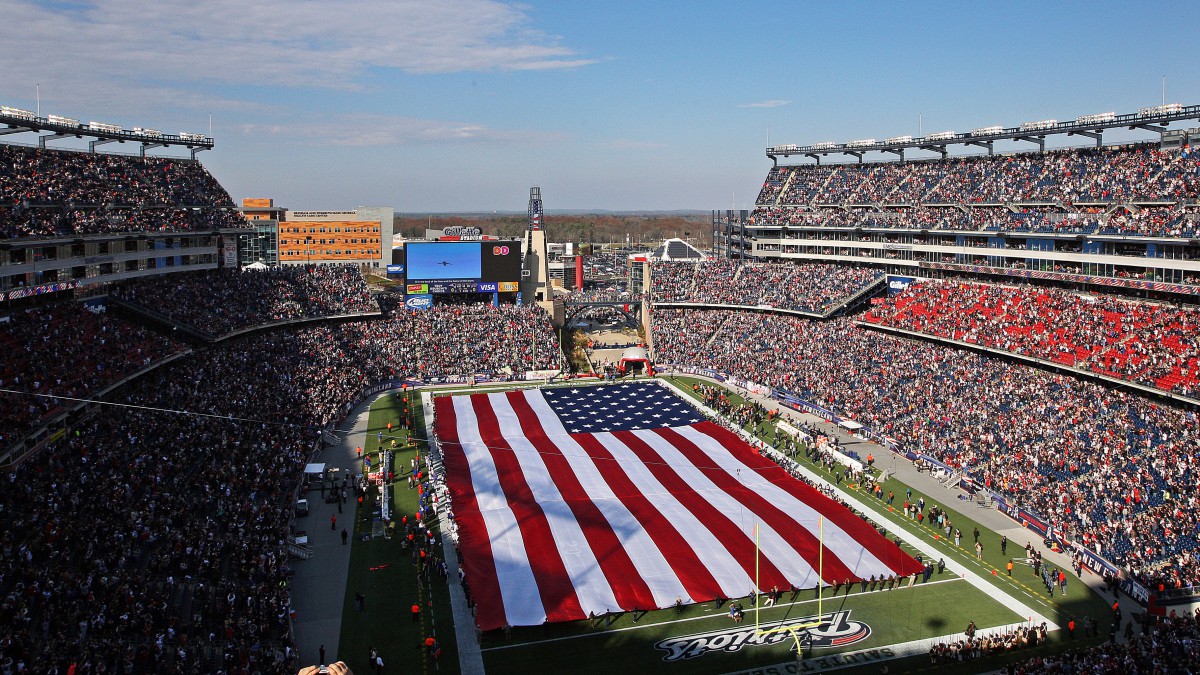 Back in the 1990s, when the “war on drugs” was losing traction and funding, the Clinton administration in its infinite wisdom injected $1 billion into antidrug advertising — ultimately creating financial incentives for television networks to incorporate antidrug messages and plotlines into their shows. Of all the silly things this “war” has occasioned, this is one of the silliest. The drug-themed episodes of shows like ER, The Wayans Bros., and 7th Heaven were made in the grand tradition of “very special episodes” from the ’80s and early ’90s: Jessie hopped up on caffeine pills on Saved by the Bell, Tootie’s bong on The Facts of Life, and Michael Landon’s son as a morphine addict on Little House on the Prairie.

Propaganda is a messy business. We like to think of ourselves as the shrewdest of consumers, but we can be the biggest rubes who ever sat around the cracker barrel. We like to think we can tell truth from fiction, but we are still the country of the patent medicine salesman, the loaded dice, the Ponzi scheme, and the rigged wheel. It is in this country that Mark Twain placed Hadleyburg and reported about amazing jumping frogs. We are not now, nor have we ever been, the hardest mark in the room. The world can see us coming a mile off.

At the same time, our hackles go to DEFCON 1 whenever anyone intimates that we might sell our birthright for a bag of magic beans. This is particularly true when it comes to the government and our sports-entertainment-industrial complex. We demand the right to choose the people we allow to swindle us, and our politicians and our athletes are not on the list. We look on every government initiative as though it were aimed directly at our wallets. We look on our spectacle sports as the outward manifestations of dark, witchy forces that arrange strange outcomes and rig lotteries. These are the two most target-rich environments for conspiracy theories for a reason.

This all came to mind recently when the Newark Star-Ledger revealed that the Department of Defense had funneled in excess of 6 million public dollars to 16 NFL teams. This money was used in part to finance those Support the Troops initiatives that now are as regular a feature of the stadium experience as $11 beers. This strikes me as a particularly egregious waste. In its game presentations, the NFL is so thoroughly militarized that it is surprising any team would need to be greased in order to perform these ceremonials. The Super Bowl now is preceded by a pageant that looks like something Ayn Rand would have concocted had she been working in the next office over from Don Draper. Flyovers. Heroic narrations. The national anthem and “God Bless America.” An American flag the size of Rhode Island. By the time the actual game starts, you can feel as though you’ve been dragged through the back alleys of the mind of Frank Capra.

Even though this is boutonniere money in the country’s military budget, it still feels awfully unseemly. Take, for example, the New York Jets, which got almost $400,000 from the Department of Defense for, as the newspaper account puts it, “a segment at Jets home games in which soldiers were featured on the big screen, thanked for their service and given tickets to the game.” This is incredibly cheap, and not in the aesthetic sense. How much can these tributes possibly cost? The service member stands up. They throw his or her picture up on the JumboTron, everybody cheers, and then it’s back to Dot Races and What Year Was “Afternoon Delight” Released? How does somebody run up a $400K tab for that? And the Jets weren’t alone. The Falcons were positively awash in Department of Defense cash, and so were the Ravens. In light of these revelations, you are entitled to wonder if anything about your average NFL game is sincere. And don’t wonder for long, because the answer is an obvious “no.”

It’s hard to know what’s stranger and more discomfiting — watching the United States military behave as though it were no different from one of the NFL’s other corporate partners or watching the NFL behave like another branch of the armed services. What’s really unnerving is that, by all accounts, neither of the institutions had any qualms about the arrangement. The National Guard slides right in there next to Coors Light, and the NFL presents itself as though it were the heart of the world’s longest Memorial Day parade. The Department of Defense gets great publicity and the NFL gets to demonstrate its patriotism, and hardly anyone notices how utterly insincere the whole production is.

A lot of this began in the aftermath of the attacks of September 11, 2001. The country was shell-shocked and then it was in a blind rage. The various sports leagues stepped right in not only to comfort a wounded nation, but to give it a chance, once it got up off the ground, to thump its chest and feel strong again. That is what has lasted in sports since those shaky weeks 13-plus years ago. It has softened into feel-good displays of returning veterans and their families, and wary ambivalence has given way to a strange form of packaged triumphalism, one that we now learn is about as genuine as the sales pitches of Flo from Progressive.

I’m as cynical as they come, but this really does jump on my last nerve. And it’s not about “taxpayer money” being used in this patriotic opéra bouffe. There’s enough public money blowing in the wind that what really is a nickel-and-dime proposition here doesn’t bother me that much. What bothers me is that a lot of things that are supposed to be very important are selling themselves as though they were on a card table at a yard sale in Winterset, Iowa. Patriotism should not come at this kind of a price. Patriotism should not be commodified. It should not be artificially ceremonialized. It should spring from some far more authentic place. I’m not sanguine about how patriotism has been used as a marketing tool over the last decade, and I am absolutely sure it shouldn’t be put up to bid the way it has been here.

All of sports is a pageant. All sports are, in their own way, propaganda. They create a self-contained ecosystem within which people are convinced to vest themselves — emotionally in their teams, and economically in the various corporate partners with which the institutions of sports have allied themselves. It is a universe of cognitive manipulation that has grown thicker and more complex as the media has changed and accelerated. This is fine for selling beer and shoes and expensive automobiles. It should not be used to sell the idea of military service, and it should not be used to create a false iconography of vicarious heroism for the folks in Section 444.

Most veterans you will see on the field in an NFL stadium, or standing on top of a dugout between innings, are genuinely worthy of the country’s admiration. They’ve earned every cheer they get. They also have earned decent health care and a chance at an education and whatever counseling they need to get beyond what they’ve experienced. What they don’t deserve to be are front people through whom the rich get richer, to be walking advertisements for the services that they already have paid back in full. This is a transaction grotesquely inappropriate for their sacrifices.

Frankly, the military doesn’t need to ally itself with a sports league. The military has a specific purpose. It should not camouflage that purpose with the bombast of our sports-entertainment complex. It should not sell itself cheaply, and dishonestly, as part of a spectacle far removed from that single specific purpose. It’s odd that so many people get the vapors over “politicizing” the Olympics, which have had political purposes literally for millennia, but are willing to see our day-to-day sports franchises take money to honor the troops. How much honor there is in this remains a matter of opinion. Cashing in may be the American way, but there are times when it is simply another long con in a country full of rubes.