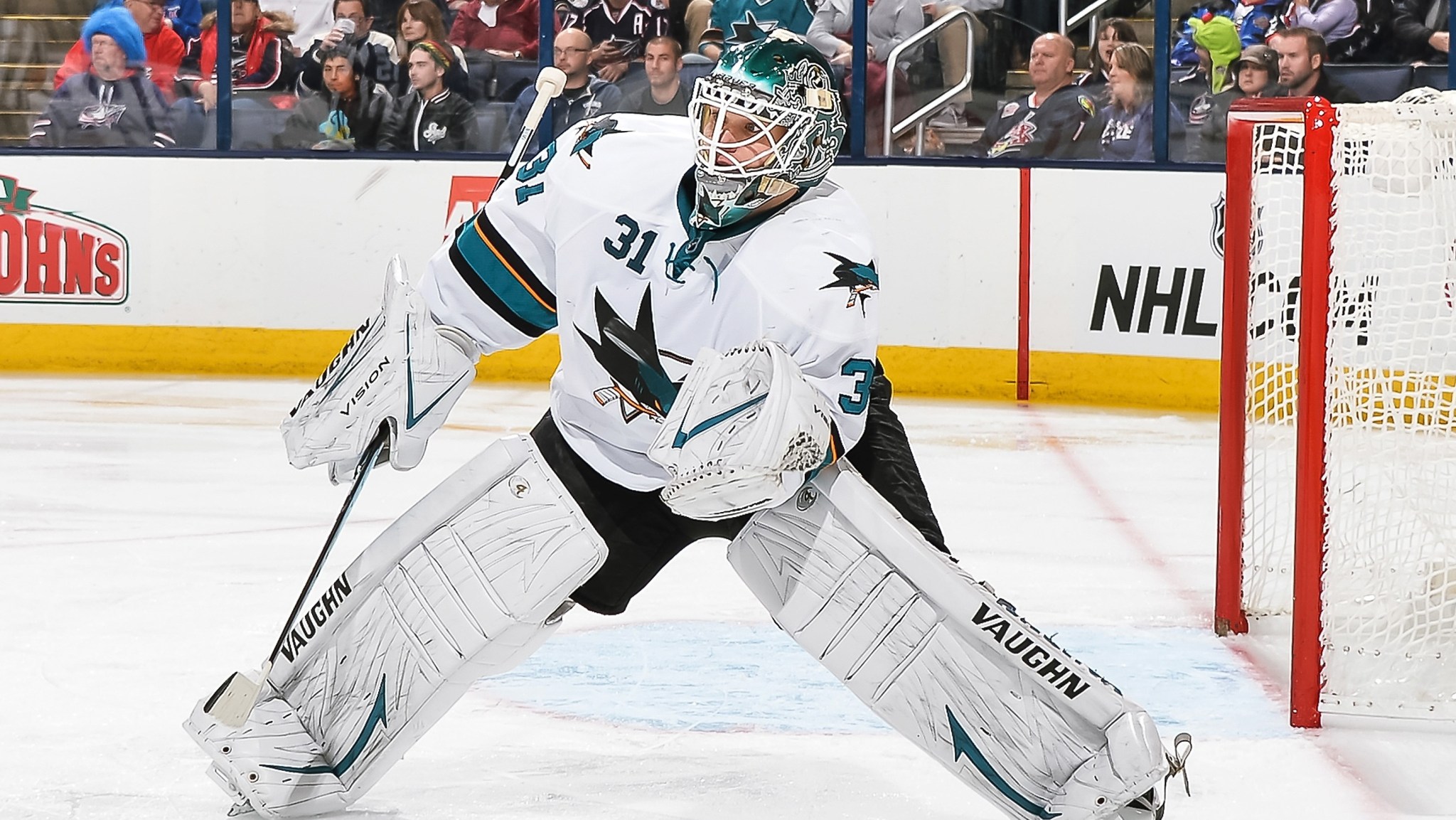 Theme of the Week: Taking a Moment to Celebrate Mediocrity

Every week of the regular season, we’ve made sure to take a look at the league’s very best teams and its very worst. We’ll do it again this week. But first, what about the teams that don’t stand a chance of making either list? What about the ones that are firmly stuck in the dreaded middle of the pack?

Through the first six weeks, here are the league’s five most mediocre teams.

5. Ottawa Senators (8-5-4, plus-2 goals differential) They’ve won eight and lost nine, and are also well over .500 because the loser point is stupid.

4. Winnipeg Jets (9-7-3, minus-5) They’re just on the outside of the wild-card race. That’s either an accurate description of the standings, or the team’s new marketing slogan.

2. Philadelphia Flyers (7-7-2, minus-2) They’re painfully mediocre, and yet somehow not even the most mediocre team in their own division. The Metro: Feel the excitement!

1. Washington Capitals (7-7-3, plus-1) They’ve got 17 points in 17 games, and the most even goals differential in the league.1 Mostly out of force of habit, I blame Alexander Ovechkin.

Now let’s never speak of these teams again. On to the good and the bad.

The five teams that seem most likely to earn the league’s top prize: The Stanley Cup.

5. Anaheim Ducks (11-4-4, plus-5) This week, they found themselves dealing with two things I didn’t think existed anymore in North American society: an outbreak of the mumps, and a blowout loss to the Florida Panthers.

4. Montreal Canadiens (14-4-1, plus-8) These guys again? Wasn’t it just last week that we’d all agreed they weren’t actually good? Six straight wins later, they’re back on top of the league.

3. Tampa Bay Lightning (12-4-2, plus-18) They keep a spot on the list despite a pair of one-goal midweek losses to the Sharks and Hawks. And yes, I still think they’re better than the Habs. I’m sure Montreal fans will be cool about that.

2. St. Louis Blues (12-4-1, plus-16) They racked up three straight home wins, including one over the Predators on Thursday that keeps them in the Central’s top spot and saves me from having to come up with another flimsy excuse for not putting Nashville on this list.

1. Pittsburgh Penguins (12-3-1, plus-25) What’s the deal with Evgeni Malkin? First he tries to fight Dion Phaneuf, and now he’s throwing Hit of the Year candidates. Settle down, Geno. Stick to what you know: putting up MVP-caliber numbers and starring in the league’s best Instagram account.

The ongoing absence of the Kings, Blackhawks, and Bruins from this list continues to surprise. Boston seemed to be on the way, but back-to-back blowout losses to the Leafs and Habs dropped them out of the running. Meanwhile, the Blackhawks continue to struggle just to hold down a playoff spot despite owning one of the conference’s best goal differentials.

And then there are the Kings. They haven’t been bad; in fact, with an upcoming schedule that serves up the Panthers, Hurricanes, and Stars, they could be sitting on top of the Pacific by this time next week. But they certainly haven’t been themselves. After being one of the league’s best possession teams for years, they’re sitting at just 50 percent this season, behind Carolina and Florida and barely ahead of Edmonton. And they’re giving up 32.0 shots/60 at 5v5, ranking 25th in the league.

With the offense struggling, it’s been the goaltending of Jonathan Quick and Martin Jones that’s kept Los Angeles in the hunt. For years, there was a line of thinking that said the Kings were a great defensive team that made its goalies look better than they actually were. This year, the netminders are returning the favor.

4. Columbus Blue Jackets (6-10-1, minus-15) They beat the Flyers and Sharks over the weekend, and now Sergei Bobrovsky is back. They should be off this list soon. Please get off this list, Columbus, because you’re depressing everyone.

3. Carolina Hurricanes (5-9-3, minus-14) They finally cooled off, losing three straight, although they’re still playing teams tight. Next up is a five-game road trip, including a big showdown with the Stars on Tuesday.

2. Edmonton Oilers (6-10-2, minus-16) Sunday night, the Oilers lost to Devan Dubnyk and the Coyotes. Of course they did. I’m actually kind of amazed he didn’t hold on for the shutout.

1. Buffalo Sabres (4-13-2, minus-38) The Sabres looked great on Saturday, steamrolling the Leafs 6-2. That leads to this question: How many games like that in a row would they need to move out of the no. 1 spot on our list? Does six sound right? I think six sounds about right.

The hockey gods threw a wrinkle into our Connor Watch this week when McDavid broke his hand in a fight. Predictably, that touched off another round of the ongoing debate over the role of fighting in the game, and specifically whether it should be allowed in junior hockey.

The fight was just the second of McDavid’s OHL career, and the injury will keep him out of action until late December. That puts his participation for Team Canada in the World Junior Championships in doubt, although the current timeline for recovery would have him ready just in time.

Does any of this affect his status as the presumptive no. 1 overall pick in next summer’s draft? Nope. Broken bones heal, and at this point scouts have already seen enough to know what McDavid can do. Barring some sort of long-term injury that would linger into his pro career, missing time won’t hurt his stock.

• Strangest game of the weekend: the Penguins’ shootout win over the Rangers, which New York thought it had won on Dan Boyle’s attempt, only to have the play eventually reviewed and overturned on a rare “double hit” ruling. The Pens took the decision in the next round.

• The weekend’s best game may have been Saturday’s Ducks/Kings contest, won by L.A. on Jarret Stoll’s overtime goal. It’s too early to start looking at potential playoff matchups, but let’s all agree to rig the standings to make sure these two teams meet in a best-of-seven.

• Brad Richards reached the 1,000-game mark in Chicago’s 6-2 win over the Stars on Sunday night. He marked the occasion by being adorable.

• San Jose Sharks goaltender Troy Grosenick had a nice NHL debut on Sunday night, making 45 saves and earning the shutout in a 2-0 win over the Hurricanes while making his dad cry. The Sharks are in Buffalo tomorrow before starting a six-game homestand; they’ve played 15 of 20 on the road.

• Zach Parise returned to the Wild lineup on Sunday and scored two goals to help Minnesota earn a 4-3 win over Winnipeg. The Wild have won three straight. The Jets did come back from down 3-0 in the third to force overtime and earn a point.

• The surprising Flames keep winning, including a 4-2 decision over Ottawa on Saturday. They get a tough test over their next two, as they’ll face the Ducks and Blackhawks.

• Friday’s matchup between the Penguins and Leafs in Toronto served as the annual Hall of Fame game, in which the year’s inductees are honored. The undisputed highlight of the ceremony: Lynn Burns doing her late husband Pat’s patented fist pump.

• Finally, it was a tough week for the hockey world. We lost Sergeant Michael Cathcart, got a sobering look inside Ottawa GM Bryan Murray’s battle with stage IV cancer, and received a difficult update on Gordie Howe. But we did get a nice moment over the weekend: the return of legendary Sabres’ play-by-play man Rick Jeanneret, who is now cancer-free and was back in the booth Saturday. Welcome back, Rick.

How Local NBA Broadcasts Are Coping With Record-Breaking Blowout Losses

The Mutually Beneficial Pairing of Rudy Gay and the Kings