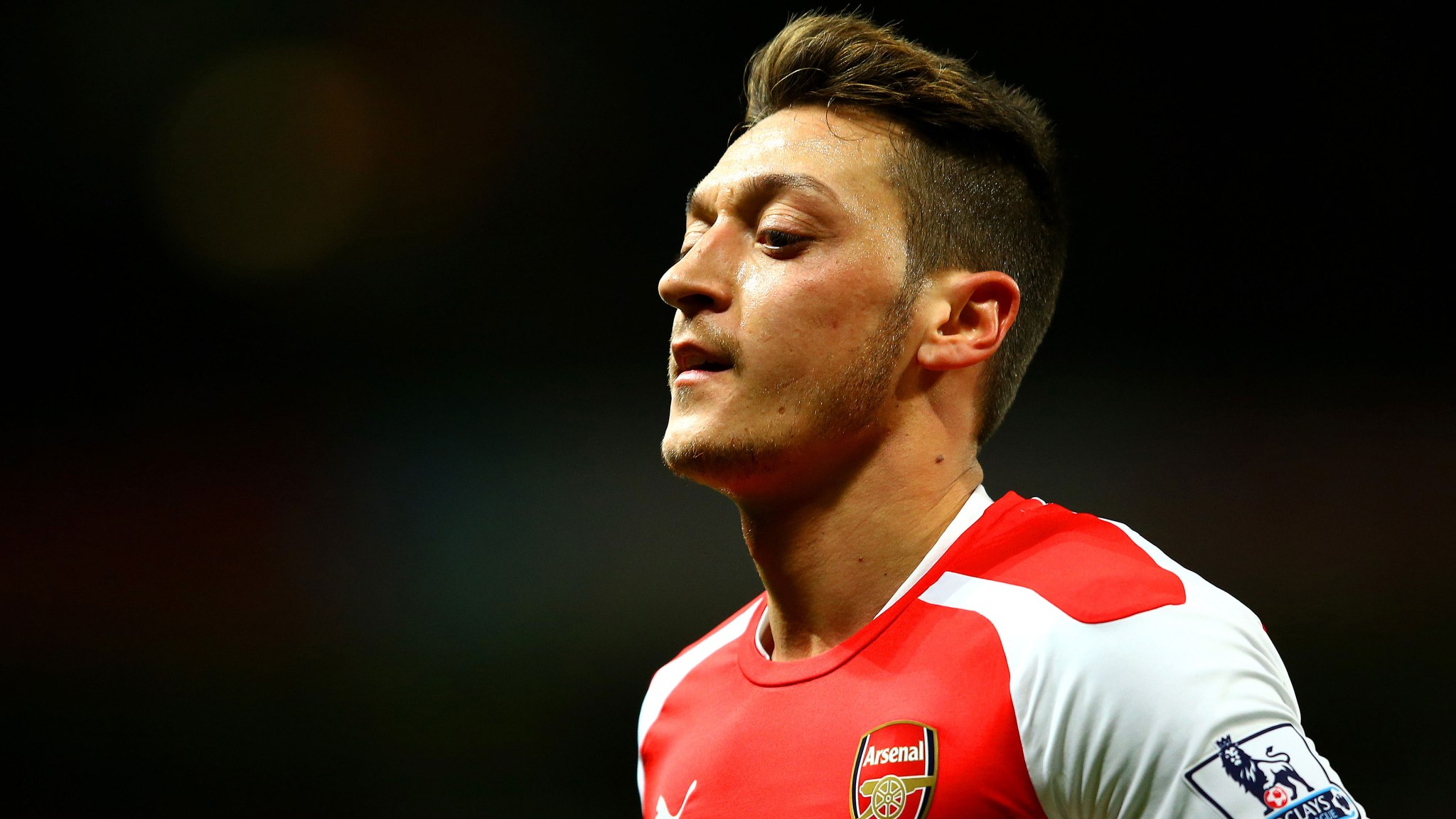 Watch any Arsenal game, and you’ll very quickly notice something: Alexis Sánchez is really good at soccer. The lovable Chilean buzzes around the field from start to finish, and it’s clear what he brings to the side. He shoots a lot, he runs with the ball at his feet, he shoots some more, he gets fouled, he puts crosses into the box, and he presses defenders who have the ball. In other words, Sánchez is always, visibly, doing stuff.

Now, all that stuff came with a price tag, as Arsenal had to pay somewhere around £35 million to bring him over from FC Barcelona last July. As we’ve already said, signing Sánchez has added a dangerous, active component to Arsenal’s attack, but there was also a bit of a statement behind the signing: It marked the second summer in a row the Gunners spent big money on a big-talent, big-name attacker from one of the two big clubs in Spain.

Two Septembers ago, German international Mesut Özil arrived in North London from Real Madrid for a club-record fee of £42.4 million. Despite the pedigree and obvious talent, you can probably count the number of Arsenal fans who love Özil today on one hand. He’s a languid, upright attacker who never seems to be running particularly hard or making a constant effort to affect the game. In other words, he’s no Alexis Sánchez.

When Arsenal lose, it’s obvious that they lose despite what Sánchez did. With Özil, it’s easy to wonder if Arsenal could’ve won had their most expensive signing done a little bit more. Somewhere between Arsenal’s two stars, though, there’s a fault line separating what we do and don’t know about the sport. 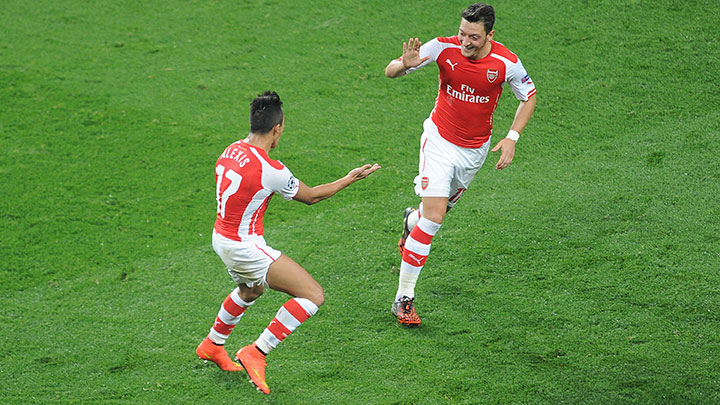 Pretty much everything that Sánchez does shows up in the numbers. He’s in the top 10 in the league in goals, shots on target, attempted take-ons, and successful take-ons per 90 minutes of players with over 1,000 minutes.1 He’s 12th in shots per 90, 13th in fouls suffered per 90, and 11th in chances created. This makes sense. Most stats measure on-ball action, and during a game, our eyes naturally settle on the ball. It’s nice and intuitive. You see Sánchez do good stuff, and that stuff shows up on all the pretty heat maps and shot charts.

On the other hand, much of what Özil does well doesn’t show up on a stat sheet. The only metric you’ll see him consistently produce is chance creation, where, since arriving in the Premier League, he’s fourth per 90 minutes, which corresponds with him also being fourth in assists per 90 minutes. So, he’s clearly creating chances, but outside of that one very specific skill he’s not going to show up on any top 10 lists: He isn’t a high-volume shooter or prone to try to dribble by people or draw fouls.

That’s why criticisms of the German’s performances often question his work rate or involvement in games — even though he is consistently one of the most active players on the field. Özil is doing stuff, it’s just not the stuff that we’re counting. The vast majority of his work comes off the ball and away from the attention both of viewers and defenses. He’s one of the best players in the world at maintaining a side’s attacking balance, moving into spaces vacated by others either to free himself to receive a pass or keep defenders honest and create running, passing, and shooting lanes for others. If a winger cuts inside, he moves wide. If a striker comes short, he goes long. If a midfielder runner charges forward, he finds the pocket of space they left. Özil’s the pea in the shell game, perpetually moving, but never where you’re actually looking.

I’m coming dangerously close to praising Özil’s intangibles here, but many of the things we’ve called “intangible” in the past have turned out to be the opposite: They’re measurable. It just took a while to figure out how to measure them.

To explain, let’s take a quick trip to the NBA. Roy Hibbert, center for the Indiana Pacers, doesn’t put up many numbers. He’s not an impact player (and can be a detriment) on offense, and he doesn’t rack up the blocks or rebounds that used to signify a defensive presence. Of course, a deeper look shows that Hibbert is really, really good at making players shoot really, really badly when they’re on the same court as him. Similarly, despite personal rebounding rates that float somewhere between pretty good and “meh,” his team remains an excellent defensive rebounding team, and an even better one when he’s on the floor.

We can look at baseball as another example. For a long time, many catchers were prized for the indefinable way in which they “handled” a pitching staff. Today, through pitch-framing data, we know this is true; how catchers literally handle their pitchers might be really important. 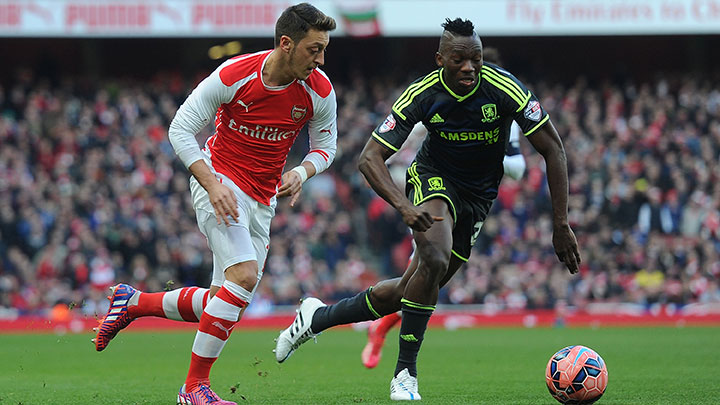 So, back to Özil and Sánchez: As far as analytics have come in the sport, there are still very few tangible (public) inefficiencies to exploit. The work that has been done has featured almost entirely on-ball actions. Although, at last week’s Sloan Sports Analytics Conference, one of the papers featured a first step into incorporating off-ball positioning data. With a player like Özil, whose primary attributes are passing and off-ball work, half of what makes him special rests in the blind spot. It still might be years before we have the tools to figure out how much credit Özil’s performances truly deserve.

Take this play against Monaco. Özil plays a pass to free up Sánchez in the opposing penalty box for a great scoring opportunity. It seems simple since it’s the one stat we know Özil reliably generates, but the whole sequence is much more complex.

Listening to the tape, you can immediately hear commentator Gary Neville criticize Özil for the pass being behind Sánchez. On the one hand, Neville seems to be suggesting that Ozil’s chance-creation should be devalued since a more accurate pass would have improved the Chilean’s chances of scoring. On the other hand, you might look at that clip and conclude that Ozil actually deserves an outsize portion of the credit for Sánchez getting any shot because, considering the arrangement of the defenders and the timing of Sánchez’s run, without playing exactly that ball in exactly that manner, there would have been no shot at all.

Things get even murkier if you rewind the tape back to the beginning of the move, where we see Özil’s off-the-ball impact. As Sánchez starts his run at the halfway line, Özil sprints ahead of him and pulls out to the left, behind attackers Olivier Giroud and Danny Welbeck, to receive the pass from Sánchez that he then plays back once inside the box. That off-ball movement is crucial. Without it, the space for Sánchez’s initial run might not exist, and the space for Sánchez inside the box — the room he needs to get his shot off when he gets the ball back — certainly wouldn’t.

This might seem trivial, but it’s not. Özil has plenty of options: He can peel off to the right and offer more width, he can check his run and wait behind Sánchez to provide an option to retain the ball should his teammate get stuck, or he can charge forward right at the defenders and present himself as a target for a through ball. All of those different moves would change what happens next. What Özil chose placed him in a position that allowed him to receive a pass in front of the defensive line, with enough space and three attacking options to choose from.

Ultimately, measuring the value of Sánchez’s shot is relatively easy; it’s what the entire expected-goals metric is based on. Measuring the value of Özil’s pass is much harder. We know that it happened and that it led to a shot — and, if we’re Gary Neville, we can suggest that a better pass would’ve led to a better shot — but all of that subtle movement from Özil that eventually allowed the chance to coalesce gets lost in the North London air as soon as Sánchez’s shot goes over the bar.

Özil has made his career working in the places that none of our numbers and only our most observant eyes can see. He makes players better; he always has. It’s not his fault that we still haven’t figured out how to show it.