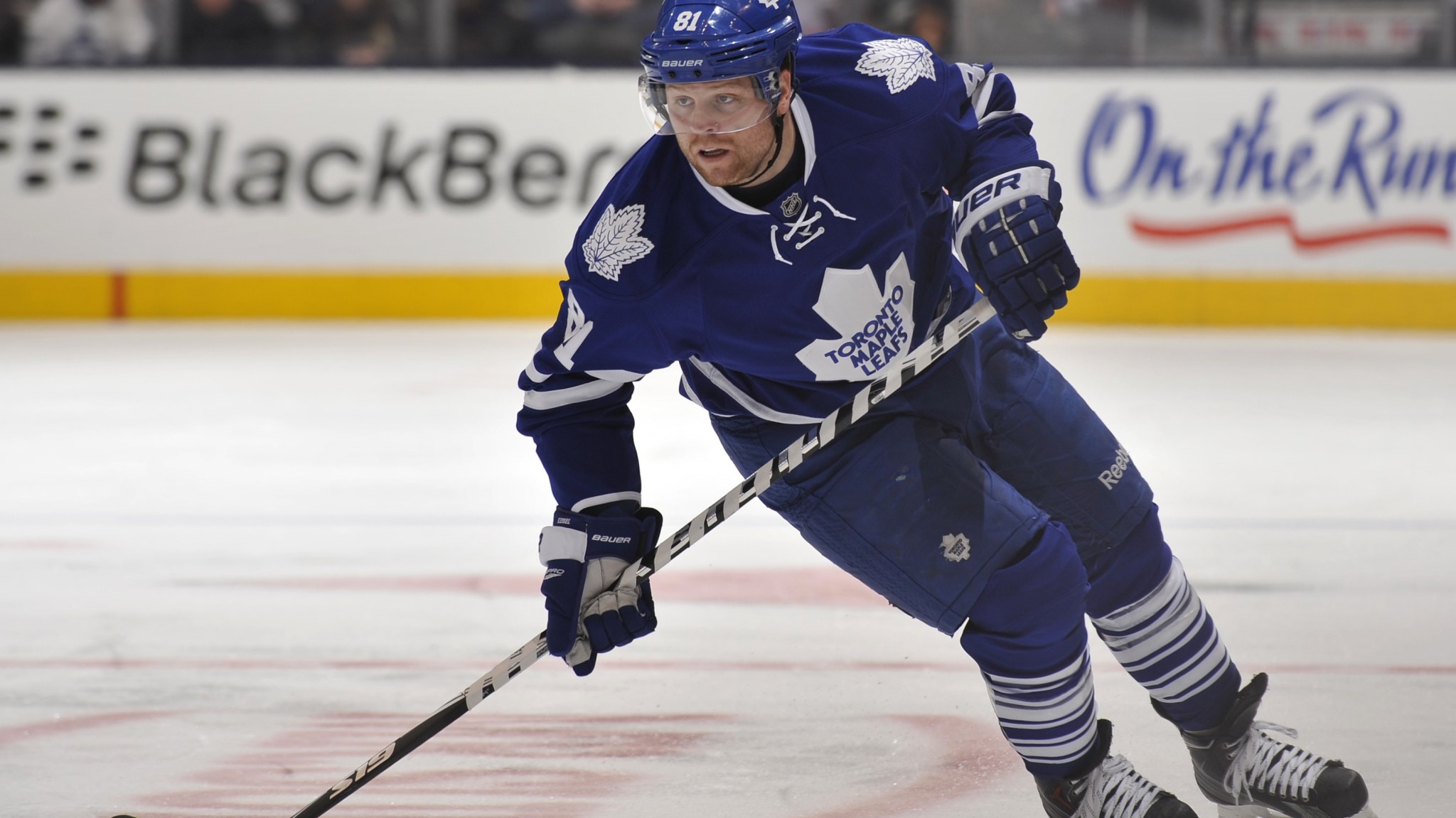 If the last few days of NHL transactions have reminded us of anything, it’s this: There’s a huge difference between the trade you choose to make and the one you need to make.

After a round of failed contract talks with Dougie Hamilton and a growing sense that he wanted out, the Boston Bruins felt like they needed to trade him. With a cap crunch and the threat, real or perceived, of an offer sheet looming, the Blackhawks felt like they needed to trade Brandon Saad. In both cases, the return was underwhelming and widely panned. That’s what happens when it’s a trade you need to make — you end up taking what you can get when you can get it, even if that means you’re selling at a discount.

On the surface, the Maple Leafs didn’t need to trade Phil Kessel. The 27-year-old sniper has seven years left on his contract, so he wasn’t hitting the open market anytime soon. At an $8 million cap hit, he certainly wasn’t cheap, but he also wasn’t especially overpaid based on his production. And he was easily the team’s best player, and among the very best in the league when it comes to what he does best; only Alexander Ovechkin, Steven Stamkos, and Corey Perry have scored more goals over the last five years, and Kessel managed that while dragging Tyler Bozak around the ice as his center.

Now, the Leafs did need to trade someone — president Brendan Shanahan had said as much in April, acknowledging that “for whatever reason, the mix doesn’t work” — and after yet another disastrous season, nobody on the roster deserved to be untouchable. If the right offer came along, anyone was available. But if there was one guy among the team’s core that you’d be happy to keep, you’d think Kessel would be that guy. The Maple Leafs could certainly choose to trade him, but they didn’t need to.

Or did they? Yesterday, the Maple Leafs sent Kessel to the Penguins in a trade that would make sense only if it were one they thought they needed to make. The full deal has Toronto sending Kessel to Pittsburgh along with a second-round pick, Tyler Biggs, and Tim Erixon. In exchange, they get prospects Kasperi Kapanen and Scott Harrington, forward Nick Spaling, a first, and a third.

That’s a mouthful, but we can trim it down for evaluation purposes. Biggs and Erixon are minor pieces that were presumably included primarily to free up contract spots,1 and Spaling is a mildly useful player who’s mostly a salary dump. It’s not unfair to think of this trade as boiling down to Kessel for Kapanen, Harrington, and a first.

That’s not an awful return, but it’s not the sort of package that typically makes a team move its top player. Kapanen is a good prospect, a skilled winger who was the Penguins’ top pick in 2014 and still hasn’t turned 19. He projects as a top-six guy, maybe even a future first-liner if everything breaks just right. Harrington is a 22-year-old defenseman who could still top out as a solid second-pairing guy. Both have value; neither is a sure thing. As for the first-rounder, it’s actually a conditional pick that can’t fall into the lottery, and could revert down to a second-rounder if the Penguins miss the playoffs in each of the next two years.2

Then there’s the not-so-small matter of salary retention. The Leafs will eat $1.2 million of Kessel’s salary and cap hit for all seven years left on his deal. Shanahan has (correctly) refused to put a timeline on the Maple Leafs’ rebuild, but it’s safe to say that it’s not “eight years or more.” At some point when the plan calls for them to be contending for a championship, the Leafs will still be sitting with $1.2 million in dead cap space on the books from this deal. That hurts.

So if that’s the best Toronto could do for Kessel, why trade him at all? Why not focus on moving out other players and hold on to the guy you can pencil in for 30 goals and 80 points most years? And in fact, the Leafs had spent the last few weeks assuring everyone that they were perfectly prepared to do just that. If the market wasn’t there, why not wait it out?

Today, the answer seems clear: They were bluffing. They were always going to move Kessel this summer. They didn’t think they had a choice.

For years, there have been rumblings in Toronto that Kessel was … well, if not a bad guy, at least a bad fit. He was awkward and shy, and his consistently awful body language always made him look like a guy who wanted to be somewhere else. But despite that, at least as far as any of us knew, he had stayed out of trouble. There were occasional flareups with the media, and this being Toronto even the most mundane controversies were blown up into front-page news, but those are misdemeanors at worst, and they were countered by reports that his teammates loved him. Kessel always looked the part of a guy who would be a troublemaker, but if he ever actually was, we didn’t hear about it.3

And yet, looking back, it’s hard not to read the quotes that had been coming out of the Toronto brain trust and not assume they were aimed squarely at Kessel. Last September, CEO Tim Leiweke said, “There are players we have in our organization today whose numbers are off-the-chart good, and whose character is just terrible.” In April, Shanahan said that the Leafs needed “more character and (a team) that represents this city the way it deserves,” while taking aim at unnamed “people that don’t appear to enjoy playing here.”

Last weekend at the entry draft, Mike Babcock was even more blunt when talking to reporters. “The number-one characteristic of a Toronto Maple Leaf is a good human being. Period,” Babcock said. “So if you don’t fit that, you’re not going to be here. Anything that’s been going on is going to get cleaned up.” It’s hard not to see yesterday’s trade as the first step in that process. It’s the only way the deal makes sense.

From the Penguins’ perspective, Kessel represents a gamble. The Penguins were already one of the most top-heavy teams in the league in terms of cap allocation, with Sidney Crosby, Evgeni Malkin, Kris Letang, and Marc-Andre Fleury all carrying pricey long-term deals. Depth has been an issue in Pittsburgh for years and will continue to be. The blue line still isn’t good enough. Fleury is still a hard guy to trust. And at least as of today, they’re tight against the cap.

And all that said, the deal is still worth it, because now they finally have an elite winger to play with Crosby (or Malkin). At $8 million, Kessel’s deal was fair but expensive. At $6.8 million, he could represent one of the better values in the league. Pittsburgh was given a gift by the lottery balls heading into the Crosby draft in 2005, and their window to turn it into Stanley Cups is closing. The Penguins are a far, far better team today than they were when the week began. The future might be murky, but that’s a problem for another day.

The future is murky in Toronto, too, but with a rebuild in full swing, that’s a problem for right now. Shanahan and his lieutenants have been the subject of some sneers over their newfangled approach to running a team — the Leafs still don’t have a GM, and look like they may not bother hiring one — but they’ve spent the better part of the last year making one good decision after another.4 After years of being the sucker at the table who didn’t realize everyone else was laughing at him, the Leafs seemed like they’d finally smartened up. And that’s what made it so puzzling to see them push their single biggest trade chip into the middle, then come out on the losing end.

And then you heard Shanahan talk about the deal, and things got less puzzling. “This will certainly be a shock to a lot of players and a message to our group,” he told reporters. “[We’re] going to see what kind of people can either keep up or be left behind.” Other players will get the chance to be part of the mix and to prove that they still belong. With Kessel, apparently, the Leafs didn’t need to see any more. For one reason or another, they felt like they already knew.

They didn’t get enough for him, because when it’s a trade you need to make instead of one you choose to make, you never get enough. But they got something, and now they need to take those future assets, add them to the growing pile they’ve accumulated over the last year, and figure out a way to turn the whole thing into a winning team.

That’s easier said than done, but Shanahan & Co. have to find a way to do it. Much like when it came to trading Phil Kessel, they’ve left themselves with no choice.