The Rise of the Female Distance Runner 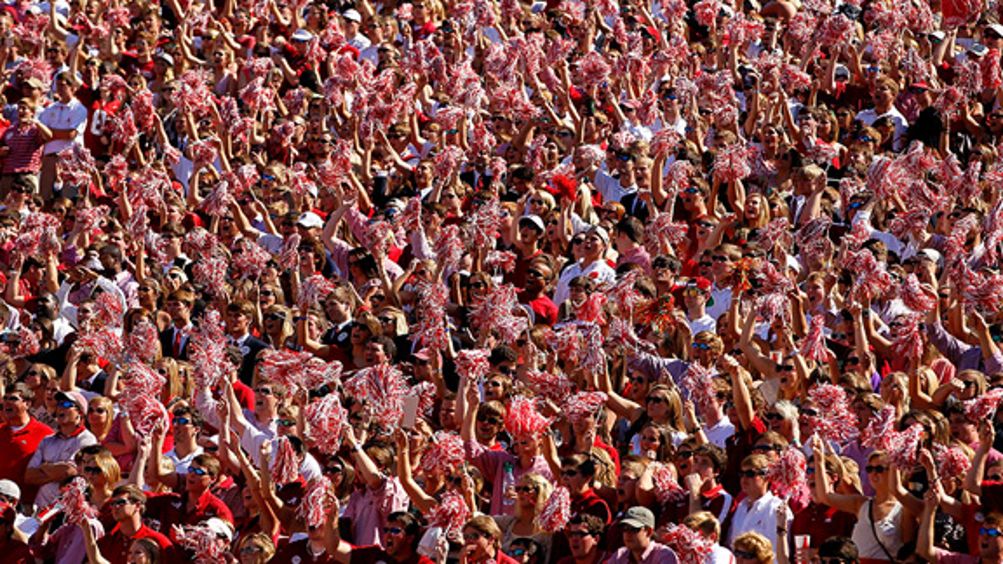 In June of 1970, Bill Veeck, a renegade baseball owner, took the stand for the plaintiff in the case of Flood v. Kuhn, in which St. Louis Cardinal outfielder Curt Flood essentially sued major league baseball to break the power of the “reserve system,” a pernicious practice that bound a player to one team for as long as that one team wanted to keep him. It was this system of, at best, involuntary servitude on which the business of baseball had remained a rigged game in favor of management for over a century.

Veeck thought the system doomed. Sooner or later, he believed, a judge, or somebody else in authority that didn’t give a damn about sitting in the owner’s box for Opening Day, was going to get a good look at the system. That person probably then would spend four or five minutes laughing so hard that they nearly fainted, and then that person would throw out the whole system for the fraud that it was. Better to eliminate the reserve system gradually, Veeck testified. (He recommended a system of seven-year contracts, much like the system that had prevailed at one time in Hollywood.) That way, he thought, the owners could control the transition between the reserve system and whatever came next. Veeck also pointed out that the reserve system, as it was practiced at the time, ran counter to some cherished American beliefs about the country’s values.

“I think it would certainly help the players and the game itself to no longer be one of the few places in which there is human bondage,” Veeck testified, according to the account in Brad Snyder’s A Well-Paid Slave, an exemplary book on the Flood case. “I think it would be to the benefit of the reputation of the game of baseball … At least, it would be fair.”

The owners didn’t listen. Veeck was not one of them. He had a predilection for putting midgets on the field. And black people. And, as far as the authoritarian exercise of whiteness went, baseball management made the Politburo look like the O’Jays. They ignored Veeck. They even beat the Flood case in the Supreme Court. Then, in 1975, an arbitrator named Peter Seitz threw out the reserve clause and free agency fell onto baseball all at once and everywhere. The system utterly collapsed and, just as Veeck had predicted, it was not a soft landing.

Something like that has happened over the last 20 or 30 years in regard to college athletics. Every few years, some angry, stick-waving prophet would come wandering into the cozy system of unpaid (or barely paid) labor and start bellowing about how the essential corruption in the system wasn’t that some players got money under the table, but that none of them were allowed to get any over it. Sooner or later, these people said, the system would collapse from its own internal contradictions — yes, some of these people summoned up enough Marx through the bong resin in their brains from their college days to make a point &#8212 and the people running college sports had best figure out how to control the chaos before it overwhelmed them. Nobody listened. Very little changed, except that college sports became bigger and more lucrative, an enterprise of sports spectacle balanced precariously on the fragile principle that everybody should get to make money except the people doing the actual work.

Now, though, the indications are that the reckoning is finally here. In its role as the protector of the lucrative status quo, the NCAA is under assault from a number of different directions, and the organization seems to be cracking from the pressure. Just in the past two years, we have seen the lawsuit brought by former UCLA star Ed O’Bannon in which O’Bannon and several other former NCAA athletes challenged the NCAA’s right to profit from their “likenesses” in perpetuity. Earlier this month, legendary center Bill Russell joined that suit. In the October issue of the Atlantic, historian Taylor Branch took a mighty whack at the entire system and made a case for paying college athletes on the grounds of simple fairness. Branch’s credentials as a chronicler of the civil rights movement gave his critique a profound resonance in places where nobody much cares if Alabama beats LSU this weekend. Yesterday, Congressman Bobby Rush of Illinois, a former Black Panther who once escaped being murdered by the Chicago Police Department through the expedient of not being at home to get shot, and still the only man to defeat Barack Obama head-to-head in an election, likened the NCAA to Al Capone, which is not a compliment, not even in Chicago. And, perhaps most significant of all, a petition is being circulated by current football and basketball players requesting (politely) a cut of the vast ancillary revenues that the colleges and the NCAA are raking in.

On October 27, undoubtedly in response to all of this, and in an obvious attempt to keep order within the help, the NCAA voted to allow its member conferences to decide whether to pay their athletes an annual stipend of $2,000 to cover the “incidental costs” of a college education. NCAA president Mark Emmert was firm in his denial that this constituted “pay for play.”

Of course, it is.

And that’s the ballgame right there. As soon as you pay someone $2,000, you cannot make the argument that it is unethical to pay that person $5,000, or $10,000, or a million bucks a year, for all that. Amateurism is one of those rigid things that cannot bend, only shatter. Amateurism is an unsustainable concept. It could not last in golf. It could not last in tennis. It couldn’t even last in the Olympics, where it was supposed to have been ordained by Zeus or someone. It is the rancid legacy of a stultified British class system in which athletes were supposed to be “gentlemen” and not “tradesmen.” Which is to say that sports are supposed to be for Us and not Them, old sport.

It was particularly badly suited for transplantation to this country, where we — theoretically, anyway, and against a preponderance of available evidence today — believe that we are a classless society based on upward mobility and the essential fairness of our system.

Sports have always played an important role in the construction of that part of our national self-image. Sports as a “way out of poverty” is one of our more cherished national myths, and it always ran headlong into the British concept of amateurism, which was based on a class system that didn’t believe in ways out of poverty for the lower orders, or the Irish. But I repeat myself. Basically, amateurism offends against this country’s image of itself and, therefore, its support here always has been tenuous.

Give Americans a chance to be greedy and noble at the same time, and the cultural momentum becomes unstoppable.

Which is part of the reason why every major “scandal” in college sports begins with the crash of a cymbal and ends with a stifled yawn. What we have in college sports at the moment is a perfect example of a functioning underground economy. People tolerate that economy because, fundamentally, we believe that, if you work a 40-hour-a-week job that requires travel all over the country, you ought to get paid for it. We also love the games. Hence, out of both selfishness and a kind of innate sense of fairness, most people are more satisfied with the sausage than they are horrified at how it’s made. Give Americans a chance to be greedy and noble at the same time, and the cultural momentum becomes unstoppable.

The counterargument, of course, is that athletes are “compensated” by the scholarships they are granted to the universities they attend. In a time in which the middle class is being squeezed, and a college education is pricing itself out of the reach of thousands of families, this argument gains a certain amount of power. However, let’s accept it on its face for the moment. You can say that the university is entitled to the gate receipts from its games based on the value of the scholarships it grants to its players, and I might even grant you that, at which point I will lie down until this feeling passes.

But the ancillary income — television revenues, the sale of jerseys and other gear, the use of a player’s “likeness” in video games, and on and on — completely overwhelms the equation and makes the relationship inequitable. The Southeastern Conference made over a billion dollars last year. The Big 10 made $905 million. These people may have a moral right to their ticket sales based on the scholarships they provide, but they don’t have a moral right to every last nickel they can squeeze out of their labor force. That’s absurd. It’s un-American. And it cannot last.

The NCAA is floundering now, proposing a cheap pay-for-play scheme while denying it is doing so, and hoping to buy a little more time against the looming inevitable. Eventually, one night, they’ll throw up the ball at an NCAA tournament game and none of the players will jump. Or, a judge will rule on one or another of the lawsuits. Let’s look at the history of one of the plaintiffs.

In 1963, Bill Russell went to Jackson, Mississippi, and, in the face of the worst America had to offer, conducted integrated basketball clinics. In his way he helped redeem the distance between this country’s promise and this country’s reality. Bill Russell’s been threatened by experts, boys, and now he’s suing you. If I were you, I wouldn’t screw with Bill Russell.

Charles P. Pierce is a staff writer for Grantland and the author of Idiot America. He writes regularly for Esquire , is the lead writer for Esquire.com’s Politics blog and is a frequent guest on NPR.

Previously from Charles P. Pierce:
My Memories of The National