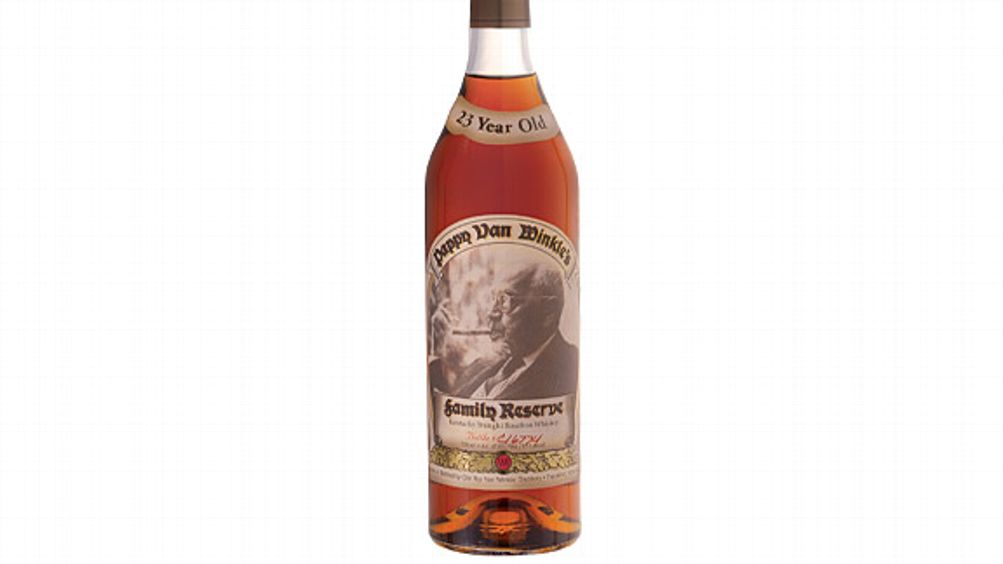 You never know where you’re gonna find the greatest bourbon on the planet. Like last month, I was on a cooking team at a barbecue contest, and one of the guys on it with me was a pretty famous chef. His name is Sean Brock, and his restaurant, Husk, in Charleston, S.C., only serves stuff grown, raised or made below the Mason-Dixon Line. He traffics in all the pharmaceutical-quality narcotics of the southern food junkies: Allan Benton’s bacon, Will Harris’ beef, and, of course, Julian Van Winkle’s whiskey. So we were hanging by the bar at our tent, the day before the cooking began, and I was looking around at all the bourbon we had brought in. He grinned. “You like bourbon?” he asked.

Out came this bottle of Pappy Van Winkle, which is hard enough to get in the first place, but this was special edition stuff, bottled just for Husk, 20 years old and 107 proof. I’ve never seen a movie star naked, but it’s got to be something like this.

“I think it’s the best whiskey ever bottled,” Brock says, as he handed me the fifth for a swig. “Goddamn. I love it. I love it too much.”

If you know what Pappy Van Winkle is, you’re already mad at me. If you don’t, I’m about to change your life. Pappy, officially called Family Reserve, is the top-of-the-line bourbon made by The Old Rip Van Winkle Distillery. It comes in 15, 20, and 23 years old. There’s a cult.

I actually met Julian once, in Kentucky. I was sorta shocked he didn’t look like Yoda. I’ve bought out entire stores of Pappy. If I walk in a place, and they’ve got it, I’m walking out with it. As an experiment for this piece, I decided just now to call a few liquor stores, ask for Pappy, and then write down what each store said.

Here, now, the results of the exclusive Grantland investigation (David Barstow can kiss my ass):

That’s what we’re dealing with. Call your liquor store if you feel like getting laughed at. (And if they have it, buy all of it right then.) If you can’t find it in a store, your best bet is a bar. Now there are all sorts of swanky bourbon bars these days, with long lists of expensive booze, things with fancy names, and a lot of the bartenders are snooty little pricks. But say you want a Pappy and all that bravado melts. The ironic hat almost dissolves on their head. That order announces that a man (or a woman, such as my wife) is here to drink.

When Pappyphiles find a bar that serves it, we make a mental note. There’s a Thai restaurant in Columbia, Mo., that sells it, for some reason. In Vegas, there’s a bar in the basement of the Venetian. I know a hotel in Lyon, France, and where to go in Birmingham or Atlanta, and just a few days ago in Chicago, I knocked back four of ’em at a restaurant. There are others. You’ll have to find your own damn Pappy. It’s there, on the shelf of a bar or liquor store, waiting for a lush like you.

There is, to the best of my knowledge, only one airport bar in America that serves Pappy. Not long ago, I missed a connection and, despite it being the middle of the day,. I walked in with a computer bag and a roller-board suitcase, looking like any other road warrior. Then I ordered. The waiter’s demeanor visibly changed.

All they had, he told me, was the 15-year-old. I asked for it on the rocks. A few minutes later, he comes back. Amber liquid sashays in the glass in front of me. He leans in.

I look at him.

Wright Thompson is the Pappy and country ham and redeye gravy correspondent for Grantland. He can be reached at wrightespn@gmail.com.