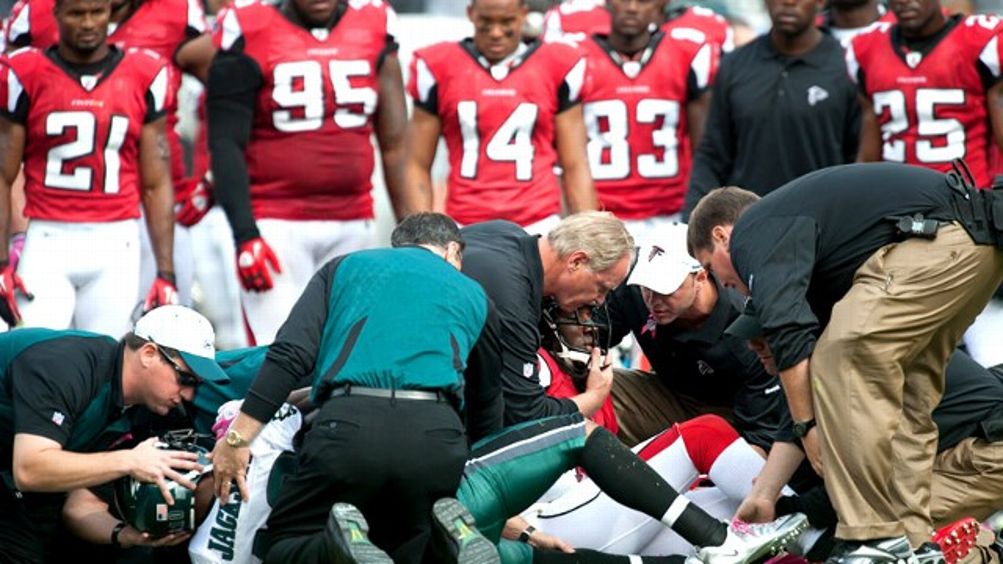 The NFL is done for the year, but it is not pure fantasy to suggest that it may be done for good in the not-too-distant future. How might such a doomsday scenario play out and what would be the economic and social consequences?

By now we’re all familiar with the growing phenomenon of head injuries and cognitive problems among football players, even at the high school level. In 2009, Malcolm Gladwell asked whether football might someday come to an end, a concern seconded recently by Jonah Lehrer.

Before you say that football is far too big to ever disappear, consider the history: If you look at the stocks in the Fortune 500 from 1983, for example, 40 percent of those companies no longer exist. The original version of Napster no longer exists, largely because of lawsuits. No matter how well a business matches economic conditions at one point in time, it’s not a lock to be a leader in the future, and that is true for the NFL too. Sports are not immune to these pressures. In the first half of the 20th century, the three big sports were baseball, boxing, and horse racing, and today only one of those is still a marquee attraction.

The most plausible route to the death of football starts with liability suits.1 Precollegiate football is already sustaining 90,000 or more concussions each year. If ex-players start winning judgments, insurance companies might cease to insure colleges and high schools against football-related lawsuits. Coaches, team physicians, and referees would become increasingly nervous about their financial exposure in our litigious society. If you are coaching a high school football team, or refereeing a game as a volunteer, it is sobering to think that you could be hit with a $2 million lawsuit at any point in time. A lot of people will see it as easier to just stay away. More and more modern parents will keep their kids out of playing football, and there tends to be a “contagion effect” with such decisions; once some parents have second thoughts, many others follow suit. We have seen such domino effects with the risks of smoking or driving without seatbelts, two unsafe practices that were common in the 1960s but are much rarer today. The end result is that the NFL’s feeder system would dry up and advertisers and networks would shy away from associating with the league, owing to adverse publicity and some chance of being named as co-defendants in future lawsuits.

It may not matter that the losses from these lawsuits are much smaller than the total revenue from the sport as a whole. As our broader health care sector indicates (try buying private insurance when you have a history of cancer treatment), insurers don’t like to go where they know they will take a beating. That means just about everyone could be exposed to fear of legal action.

This slow death march could easily take 10 to 15 years. Imagine the timeline. A couple more college players — or worse, high schoolers — commit suicide with autopsies showing CTE. A jury makes a huge award of $20 million to a family. A class-action suit shapes up with real legs, the NFL keeps changing its rules, but it turns out that less than concussion levels of constant head contact still produce CTE. Technological solutions (new helmets, pads) are tried and they fail to solve the problem. Soon high schools decide it isn’t worth it. The Ivy League quits football, then California shuts down its participation, busting up the Pac-12. Then the Big Ten calls it quits, followed by the East Coast schools. Now it’s mainly a regional sport in the southeast and Texas/Oklahoma. The socioeconomic picture of a football player becomes more homogeneous: poor, weak home life, poorly educated. Ford and Chevy pull their advertising, as does IBM and eventually the beer companies.

There’s a lot less money in the sport, and at first it’s “the next hockey” and then it’s “the next rugby,” and finally the franchises start to shutter.

Along the way, you would have an NFL with much lower talent levels, less training, and probably greater player representation from poorer countries, where the demand for money is higher and the demand for safety is lower. Finally, the NFL is marginalized as less-dangerous sports gobble up its market share. People — American people — might actually start calling “soccer” by the moniker of “football.”

Despite its undeniable popularity — and the sense that the game is everywhere — the aggregate economic effect of losing the NFL would not actually be that large. League revenues are around $10 billion per year while U.S. GDP is around $15,300 billion. But that doesn’t mean everyone would be fine.

Big stadiums will lose a lot of their value and that will drag down neighboring bars and restaurants, causing a lot of them to shut their doors. Cable TV will be less profitable, and this will hasten the movement of TV-watching, if we can still call it that, to the web. Super Bowl Sunday will no longer be the best time to go shopping for a new car at the dealership.

Any location where football is the only game in town will suffer. If the Jets and Giants go, New York still has numerous other pro sports teams, Broadway, high-end shopping, skyscrapers, fine dining, and many other cultural activities. If college football dies, Norman, Oklahoma (current home to one of us), has … noodling? And what about Clemson, in South Carolina, which relies on the periodic weekend football surge into town for its restaurant and retail sales? Imagine a small place of 12,000 people that periodically receives a sudden influx of 100,000 visitors or more, most of them eager to spend money on what is one of their major leisure outings. It’s like a port in the Caribbean losing its cruise ship traffic. (Overall, the loss of football could actually increase migration from rural to urban areas over time. Football-dependent areas are especially prominent in rural America, and some of them will lose a lot of money and jobs.)

Other losers include anything that depends heavily on football to be financially viable, including the highly subsidized non-revenue collegiate sports. No more air travel for the field hockey teams or golf squads. Furthermore, many prominent universities would lose their main claim to fame. Alabama and LSU produce a large amount of revenue and notoriety from football without much in the way of first-rate academics to back it up. Schools would have to compete more on academics to be nationally prominent, which would again boost American education.

One of the biggest winners would be basketball. To the extent that fans replace football with another sport (instead of meth or oxy), high-octane basketball is the natural substitute. On the pro level, the season can stretch out leisurely, ticket prices rise, ratings rise, maybe the league expands (more great athletes in the pool now), and some of the centers and power forwards will have more bulk. At the college level, March Madness becomes the only game in town.

Another winner would be track and field. Future Rob Gronkowskis in the decathlon? Future Jerome Simpsons in the high jump? World records would fall at a rapid pace.

This outcome may sound ridiculous, but the collapse of football is more likely than you might think. If recent history has shown anything, it is that observers cannot easily imagine the big changes in advance. Very few people were predicting the collapse of the Soviet Union, the reunification of Germany, or the rise of China as an economic power. Once you start thinking through how the status quo might unravel, a sports universe without the NFL at its center no longer seems absurd.